The Modi government's silence on attacks against those eating beef sends out a clear message: It might not agree with the gau rakshak's methods, but it agrees with their intentions. 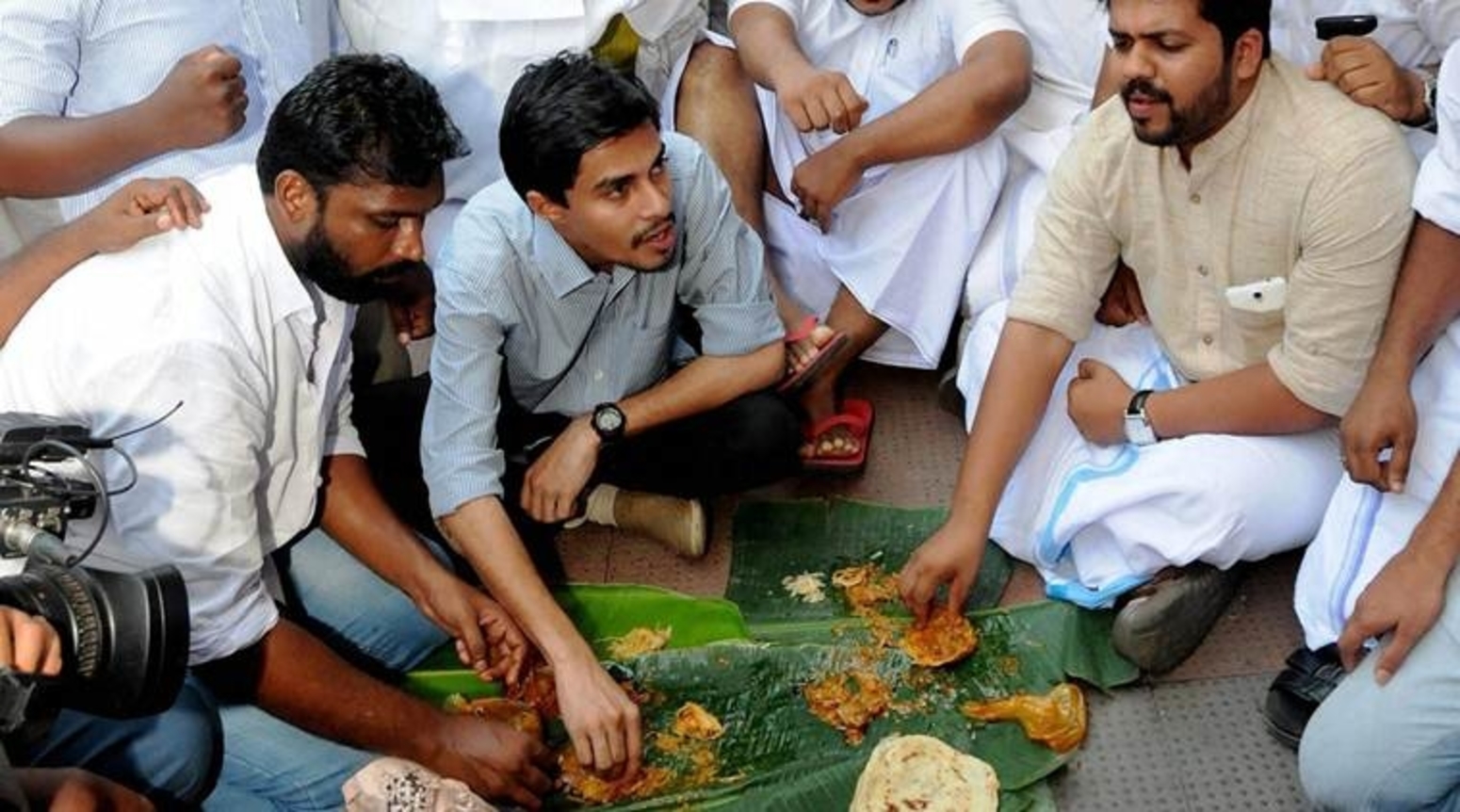 R. Sooraj, a PhD scholar in the aeronautical department of IIT Madras, was sitting down for a meal with a friend at one of the vegetarian messes on campus on Tuesday, May 30, when somebody called out to him from behind. In a video statement recorded from a hospital bed, Sooraj describes what happened next: “He asked me, do you eat beef? I said, yes, I had eaten beef. I was getting back to my meal and just then, he hit me hard on the back of my head. It took me some time to realise what was happening, I tried to get up. By then, he had caught hold of my hair and was hitting me on the head and on my face. My eyes and nose started bleeding.”

While he was being beaten, his assailant shouted, “You ate beef? So I’ll kill you.” The attacker was allegedly protesting against the beef festival held on the campus held on May 28. Policemen were present on campus on the day of festival and ensured it went off peacefully. The festival was to protest the central government’s rule that bans the sale of cows for slaughter at animal markets. 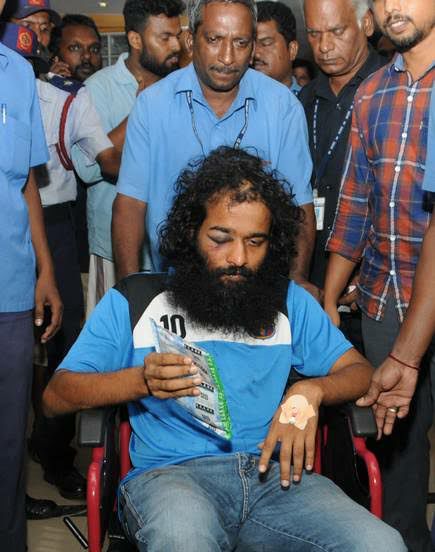 When Sooraj was being beaten, at first, the attacker’s friends tried to prevent other students from intervening, but eventually he was extricated and taken to the hospital on the IIT campus. From there he was taken to Sankara Nethralaya, before ultimately arriving at Apollo hospital in Vanagaram, where he is currently being treated.

Sooraj considers the attack an attempt on his life and feels lucky to have escaped, “I don’t know if I can enter the campus safely. These people (the attackers) are still there. I will be under threat and can be attacked anytime. Not just me, but anybody who has ever eaten or tasted beef will be under their observation and can be attacked any time.”

Two kinds of violence seem to fill the news these days: cow-inspired and college-based. There have been reports of lynchings from Kashmir, Haryana, Uttar Pradesh, Maharashtra, Goa, Gujarat and the Northeast. This rising tide of violence and bloodshed has wrought no condemnation from the government. In fact, it is quite the opposite. By announcing a ban on the mass sale of cattle for slaughter, they vindicated the vigilantes. The message is clear. The government, the BJP and Prime Minister Modi might not agree with the gau rakshak’s methods, but they agree with their intentions.

Students and faculty in universities across the country have become some of the strongest voices criticising the current regime. Hence the need for the ABVP and its brand of thuggery to silence these spaces.

Members of the Ambedkar Periyar Study Circle (APSC) had joined the beef festival on 28th May as well. APSC caught the national media’s attention in 2015 when they were suddenly “derecognised” by the dean of IIT Madras for criticising Modi, spreading “hatred” and indulging in “caste politics”. The decision was subsequently reversed when the administration faced strong criticism from the media and civil society for clamping down on free speech.

According to statement by the APDC, Sooraj’s assailant threatened two other students after the festival, of whom one was an APSC member. Both complained to the dean separately but no action was taken. Two days after the festival, he turned his threats into action, attacking and grievously injuring Sooraj in the mess.

The assailant’s name, reportedly Manish Kumar Singh, has been called ‘a saffron thug’, an ABVP member and an affiliate of the RSS, but details are sketchy. When ScoopWhoop spoke to ABVP’s Chennai secretary, he said Singh was not not a member and just a ‘sympathiser’ who was “eating his lunch at the Jain mess when Sooraj R. and his friends came and tried to shove beef down his throat. Singh protested and pushed Sooraj, who hit a table and hurt his eye. Singh, who was then beaten by Sooraj’s friends, broke his hand, and is now admitted to the hospital”.

There have been ongoing protests on the IIT campus since the incident took place. Surrounded by large numbers of police, various groups have gathered to demand action by the authorities. A group of students, including some of the organisers of the beef festival, have launched a ‘Justice for Sooraj’ campaign and have come out strongly against rumours of Singh’s arm being broken. They have a mobile phone recorded clip that shows no injuries to his arm. Their Facebook statement says, “there was no ‘fight’ of any sort, but a one sided deadly assault,” and they demand that all students who attacked Sooraj be expelled, and his medical costs be covered by the administration. The dean and the IIT administration have made no clear statements so far.

“It is unfortunate that a young man’s eye has been thrashed for merely eating beef,” the Kerala chief minister’s office (CMO) said in a statement. “Our constitution gives us the right to consume whatever food we like. Intolerance towards it is in fact intolerance towards our constitution itself. Will request the chief minister of Tamil Nadu to take necessary action in this incident.” The Kerala CMO is one of the few willing voices to publicly denounce the latest incident of violence stemming from the vicious cow nationalism gripping the country.