Across the world, the pandemic has led to a rise in domestic violence as families are forced to spend all their time at home together. 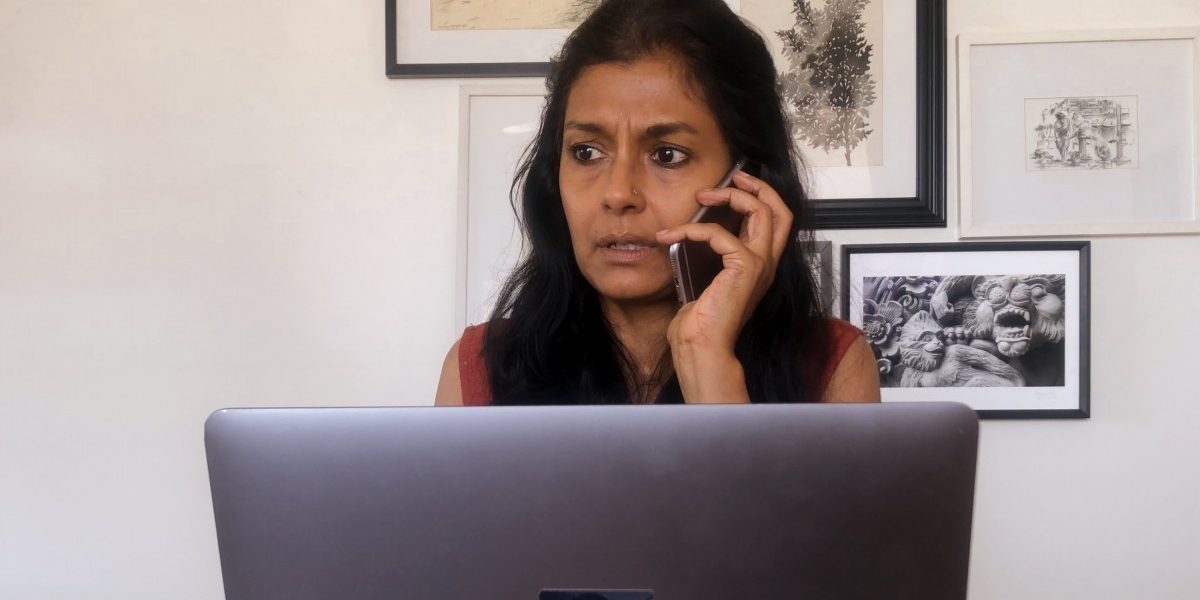 Nandita Das in a still from 'Listen to Her'.

New Delhi: Actor and director Nandita Das has released a short film, featuring herself and her son, on the rising cases of domestic violence in the coronavirus-induced lockdown.

The film, titled Listen to Her, is supported by UNESCO, UNFPA, UNICEF, UN Women and the South Asia Foundation (Madanjeet Singh Foundation).

From across the world, reports over the last few months have highlighted how the pandemic has made things much harder for women in abusive relationships. Call made to domestic violence helplines have increased, as have charges being filed in some parts.

Rekha Sharma, chairman of India’s National Commission for Women, has also pointed out how the lockdown is adversely affecting women who may be victims of intimate partner violence. The Commission has recorded a two-fold increase in domestic violence during this period. With social distancing norms in place, several women are also unable to contact their regular support systems.

In this scenario, Das has released a seven-minute film in which she plays a woman trying to work from home, juggling childcare, a demanding and seemingly lazy husband, and her job. She gets a call from an unknown number – a woman who was trying to call a domestic violence helpline but dialled the wrong number.

The film, Das says, highlights two different aspects of how the lockdown is affecting women – the double burden of work and violence. “During this period, many women find themselves locked up with their abusers and/or with a twofold increase in their workload…Overburdening has been so normalised that we don’t even consider it an abuse. Even educated people who mouth equality don’t realise how much women work and juggle with. By engaging with issues, both obvious and subtle, I hope the film makes it clear that neither should be tolerated. At the same time, it is important that those relatively privileged must extend themselves to help those who are more vulnerable,” she told The Wire.

“I debated on what I should call the film. Initially I called it Bol, as it was about speaking up. But most don’t speak up because they aren’t heard. No one is listening. Then I felt that we are always asking the abused to speak up but the reason they are not is because no one is listening. After much oscillation, I finally named it Listen to Her! It is about women and so it is ‘her’! The words ‘listen’ and ‘speak’ were intertwined, for you only speak when someone is there to listen, and you can listen only when someone speaks. But I am asking myself and the view to listen to her – in this case, both the women,” she said on how she named the film.

The film, Das believes, is already reaching an audience and making more people talk about the issues involved. “The response has been truly overwhelming and are sharing it widely. Many women have already begun sharing their own stories. In fact I’m putting together a list of organisations and numbers for women to reach out to for help. I hope the film will continue to be used to spark conversations around the issue. I have not copyrighted this film as I am happy for it to be an open source, for people to use it to break the silence,” Das told The Wire.

Watch the film below.