Vidya Balan: 'When You Play a Woman Setting Herself Free, it Sets You Free a Little More’

In the actor’s 15-year career in Hindi cinema, from Parineeta to the forthcoming Shakuntala Devi, each character has signified a gradual journey of moving beyond socially conditioned mindsets. 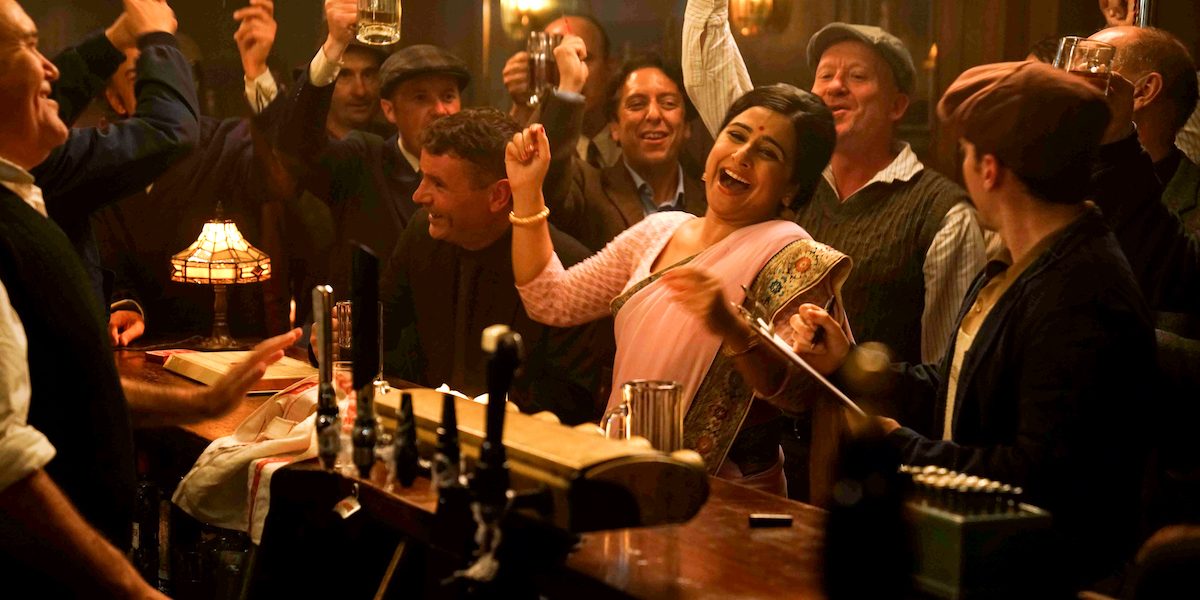 Mumbai: Vidya Balan chooses her words with care, thinking a question through to come up with a measured response. In a conversation a month ago, she had chosen to describe herself as a “work in progress feminist”, and one does get the impression that she has been consciously picking up roles  as mileposts on this evolutionary path, be it Kahaani, Bobby Jasoos or Tumhari Sulu.

“Each time you play a woman who is setting herself free, it sets you free a little more,” she says, describing the constant interplay between  what she becomes on screen and who she is off screen.

Most people, more so women, are often held captive by their own self-image, the actor feels. “We have other worldly expectations from ourselves. It’s almost superhuman,” she says, and after a pause she adds,  “which, in a lot of ways, is inhuman.”

Balan admits that the many personas she has donned have played a part in making her less judgmental about herself: “Every character I have played has healed some part of me, has helped me accept myself a little more.”

She is quite upfront about having grappled with body image issues until she played Silk in The Dirty Picture. It was as much about doing her job—acting—as about self-counselling. “I was able to heal the part of me that used to feel small in my bigness. I began to own my body after that,” the actor says.

She hastens to point out that it is not to do with physicality alone; there are psychological, emotional, and material issues that people could be conflicted about.  As far as she is concerned, living another life on screen has played a part in helping her resolve her inner dilemmas and dissonances.

When it comes to Balan’s filmography, what is reiterated to the exclusion of almost everything else is its ‘woman-centric’ aspect. To her, the “solo heroine” films she has acted in – from the breakthrough Parineeta in 2005 to the forthcoming Sherni – have signified a gradual quest to move beyond the patriarchal mindset that characterises much of  society, in big or small measure. Moreover, her journey has taken place in a decade when  a male-dominated mainstream film industry has witnessed an explosion of a ‘female hero’-led cinema.

“In the world at large, and [in] the country too, we are all work in progress feminists and at various stages of [the journey],” Balan says.

Until now, all the woman centric films that have come the actor’s way have been directed by male directors. Her forthcoming film, Anu Menon’s Shakuntala Devi, which will be premiered on Prime Video next weekend, is the first instance of the actor having worked with a woman director and a “women-heavy team” in her 15-year-long career in Hindi cinema.

“I loved that there was an abundance of feminine energy on the set….  The approach is different because a woman is telling a woman’s story. The nuances are different from the way a man would have seen it,” she says. But she also emphasises that the presence of a “women-heavy team” was neither fortuitous nor a concession to gender. The women  were there because they were good professionals.

Balan has often spoken about her desire to inhabit the world of characters whose journey she finds inspiring or challenging. So, apart from the fact that her love of numbers made her gravitate towards the character of a person who has often been described as a “human computer”, it was Shakuntala Devi’s free-spiritedness that reached out to her.

“She was willing to unclip her wings and fly and soar without looking behind to see what she had left behind. She wasn’t scared if she was going to leave behind anything. That, as a woman, is very inspiring,” she says. Add to that the fact that she lived life to the fullest: “She wanted to have it all and couldn’t fathom why you can’t have it all if you are a woman.”

Interestingly, it is a character such as this which is Balan’s first shot at a biopic, though she has played characters inspired from reality in films like No one killed Jessica and Mission Mangal, and the “semi-biopic”, The Dirty Picture. 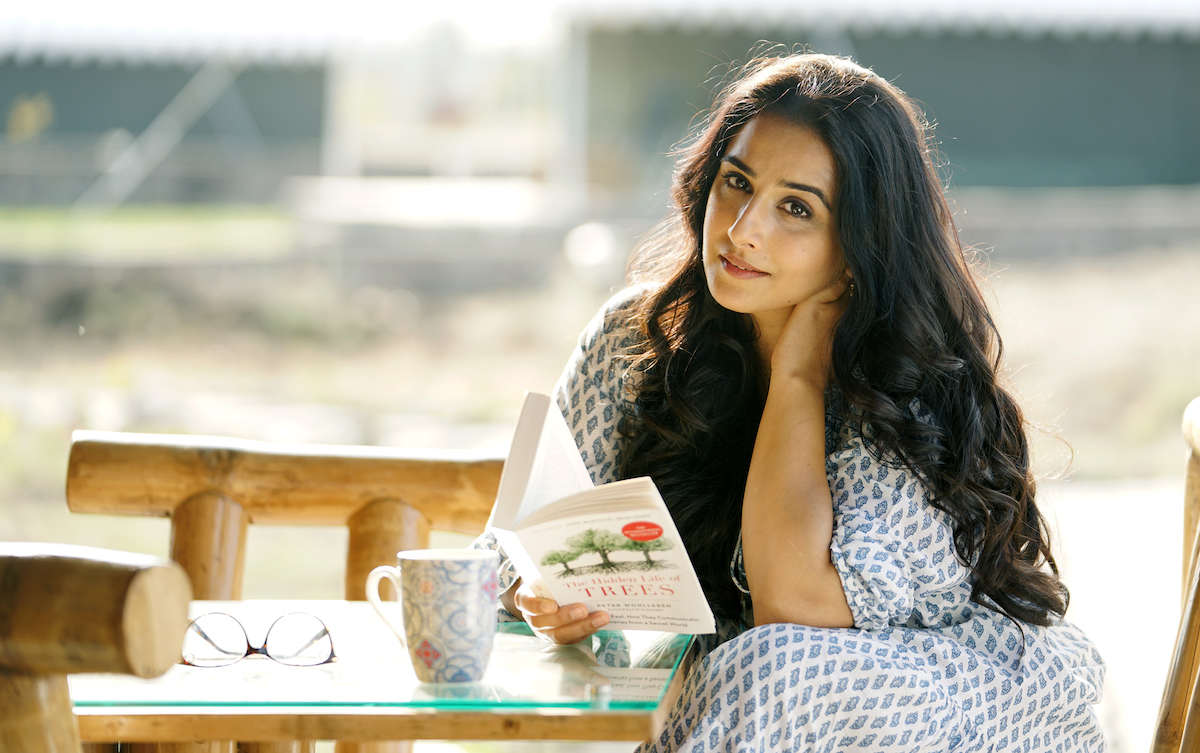 What does the character of a real person, as opposed to a fictional one, demand from her as an actor? Balan says it essentially starts with buying into the vision of the director. To look at it one way, “You end up using your imagination more for someone fictional, whereas for the real person there are many references to fall back on,” she says.

Simultaneously, it’s a lot more challenging “becoming” a real person on screen, especially someone well known, like Shakuntala Devi, because so many people would have had their own experiences of meeting and knowing her. That might become their yardstick to judge the onscreen performance, the actor points out.

In terms of the actor’s craft, Balan says that playing someone real is equally about striking a fine balance between the physicality of a character and the inner drive and compulsions that made the person who she or he was in real life. Familiar mannerisms aside, it is more about trying to capture the spirit, the essence of the person.

“I don’t like to mimic or imitate. It can end up being caricaturish. When you imbibe the character and try and capture certain obvious mannerisms, that marriage is what I would strive for,” says the actor.

Does she depend on method acting or spontaneity to get into the character? Balan says she has created her own modus operandi, for she is not a trained actor, “Over the years I have devised my own method of approaching [a] role. It involves spending a lot of time on the script, with the writer, and, most importantly, with the director.”

What helped immensely in ‘becoming’ Shakuntala Devi on screen was the sheer access to crucial information from her daughter and son-in-law that lent authenticity to her effort.  She mentions the “hours and hours of interviews that Anu Menon did with her [Shakuntala Devi’s] daughter Anupama Banerjee,” that she heard.

But to contain the life of a multi-faceted genius in two hours was a challenge. It obviously necessitated choosing events and landmarks in her journey. However, there no need to dramatise anything, remarks Balan — “It was all there. It was a story waiting to be told.”

In 1977, Shakuntala Devi wrote a book called The World of Homosexuals, at a time when homosexuality was hardly acknowledged in public in India. Triggered by her own first marriage to a gay man, the book revealed Shakuntala Devi to be a woman who showed immense empathy for his predicament than a person nursing a personal grudge.

A similar empathy informs Balan’s performances as well. She is always considerate in the way she approaches her characters. As she puts it, “Even if I don’t identify with her, if I am able to have empathy for what the character went through, then I [can] hope to live that part. You have to feel some sort of connection with the person.”

In retrospect, the actor believes that the master’s degree she did in sociology has helped her a great deal. Sociology, she says, “teaches you the possibility of possibilities. What is not true for me, may be true for you. That does not make your truth wrong. It’s about where you are looking at the truth from.”

That perspective holds true for Balan in other ways as well. Having started her journey on television, in a show called Hum Paanch, before inhabiting the larger than life cinema screen to now exploring an OTT platform in the time of COVID-19, it’s all about being open to different possibilities.

“I enjoy being on the big screen. But as an actor I am looking for those fulfilling, challenging opportunities that can come [from] anywhere,” Balan says.