"We don’t know who has killed them (the slain journalists) but we do know who is celebrating…I am pained, I am taken aback by the celebrations of an inhuman killing." 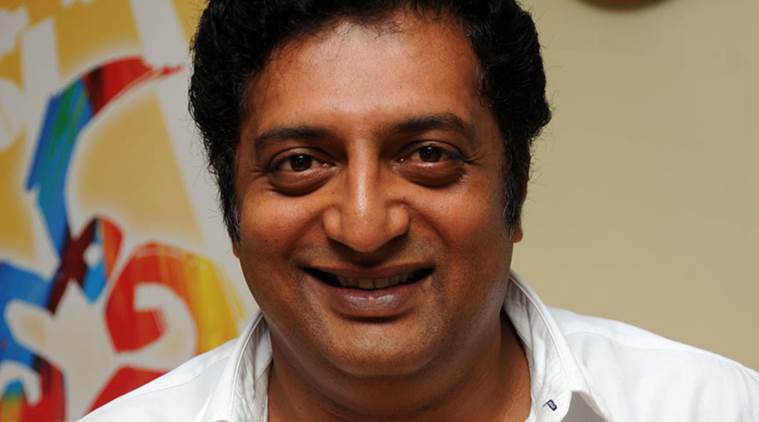 On October 2, speaking at the 11th annual convention of the Left-affiliated student’s group, Democratic Youth Federation of India (DYFI), Prakash Raj, a close friend of Lankesh’s family, said, “Gauri’s killers have not been caught yet. But what is more disappointing is people celebrating her murder over social media, spreading hatred. Some of these people who celebrated her murder are followed by our prime minister. We have a PM who shuts his eyes on this. The PM has been silent about these people.”

Virtually calling the prime minister an ‘actor’, he said, “Look, I am a seasoned actor, can I not see through the acting? Do you (Modi) think I will not be able to detect when you are acting? Give me some respect. Am I stupid? Are people foolish that they cannot see through all this? Are the youth of today blind? The time has come for Modi to understand this.”

Media reports quoting Raj, a famous name of Tamil, Telugu, Kannada and Malayalam film industry with a huge fan base, said, “When we see these people going around acting as if nothing has happened, I feel like giving them the five National Awards I have won for acting.” He particularly mentioned Uttar Pradesh chief minister Yogi Adityanath in his speech, saying, “In UP, we don’t know whether he is a chief minister or a pujari of a temple, I have five National Awards. I think I should give one to him.”

Though some media reports initially said the actor “has decided to give back” the awards, he later clarified in a video uploaded on his twitter handle saying, “I am not a fool to give back my National Awards, which have been given to me for my body of work, and which I am very proud of. But yes, coming to the point, I would like to own up to certain things.”

What’s said…n what’s not said. For all out there .. thank you pic.twitter.com/zIT7rnkFxb

“We don’t know who has killed them (the slain journalists) but we do know who is celebrating…I am pained, I am taken aback by the celebrations of an inhuman killing, and for the very fact that I have vented out my pain and my anguish towards those people who are celebrating, I have been rolled.”

He also added, “I am talking to my prime minister and I say your silence is chilling. And I have a right to say this.”

Bengaluru-born 52-year-old Raj, who has done a variety of roles but is known particularly for that of an antagonist in films, first bagged a National Award for best supporting actor in 1997 for Mani Ratnam’s Tamil film Iruvar, followed by a special jury award for the Telugu film Antahpuram in 1998, the Silver Lotus Award for various roles in multiple languages in 2003, the national award for best actor in 2007 for the Tamil film Kanchivaram and the National Award as the producer of the best Kannada film Puttakkana Highway in 2010, besides winning many film awards of South India.