The Scars of Nagasaki, as Kurosawa Saw Them

Akira Kurosawa’s ‘Rhapsody in August’ does not aspire to be a political statement. It seeks instead to explore the intersections of trauma, memory and healing. 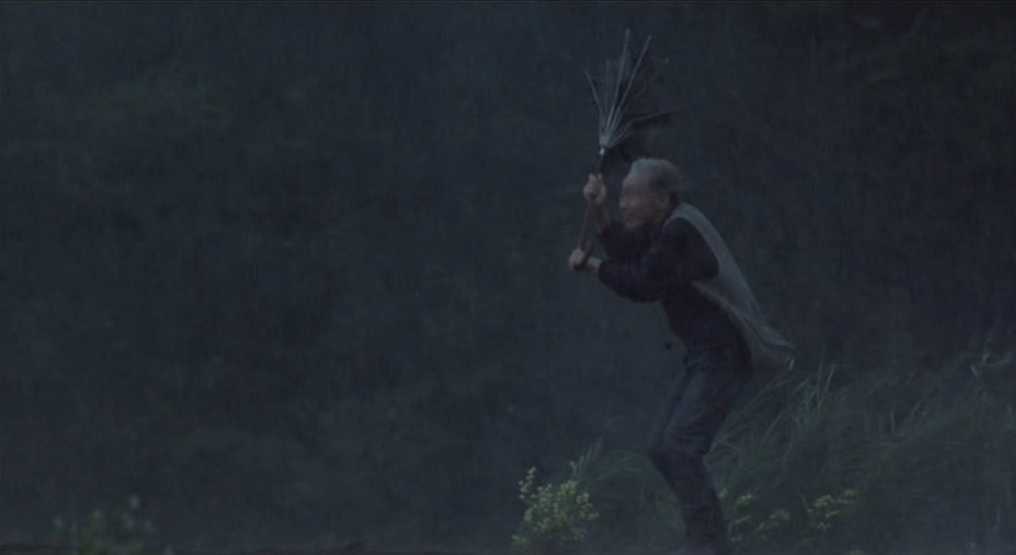 A still from 'Rhapsody in August’.

One image from Akira Kurosawa’s Rhapsody in August (1991) is likely to stay with you till much after you finish watching the movie. In it, two grey-haired women sit long and silently, facing each other. One of them is visiting the other on what would pass for a social call, and yet not a word is exchanged as these two women, their faces deeply lined with age and misfortune, sit pensively together.

The year is 1990, and they are quietly looking back to that apocalyptic day 45 years ago when their world was turned upside down. Their husbands disappeared in a trice as the second atomic bomb blew up Nagasaki on August 9, 1945, sending up terrifying mushroom clouds of scalding heat and searing radiation. Words are both inadequate and unnecessary here, as grieving and remembrance unite the two women. After a while, the visitor gets up to leave. The camera lingers for a few moments on the other woman, who goes back to her daily chores once again.

Also read: Philosophy Has a Lot to Learn From Films

Rhapsody in August tells the story of Kane, an octogenarian Japanese widow whose four grandchildren are visiting her in her home in Kyushu, near Nagasaki, during the summer school break. The country around Kyushu is strikingly beautiful, and the children are enjoying themselves. But when they  get to know of their grandfather’s terrible death in Nagasaki on August 9, 1945, they begin to feel sorry for the lonely Kane.

The children’s parents have been trying to persuade Kane to visit her long-lost elder brother, a prosperous man in far-away Hawaii, because they hope that getting close to the brother could open up new opportunities for them. Kane is reluctant. She hardly remembers her brother after so many years.  And she is not happy that he had migrated to the US, a country she cannot bring herself to admire.

As she resists, news comes that the brother has died, and that he had been very keen to meet his younger sister. Kane is contrite. Then Clark, the dead man’s American son, arrives in Kyushu to be acquainted with his new-found aunt and to take part in the annual memorial service to honour all those killed in the Nagasaki carnage, including Kane’s husband, Clark’s uncle.

Kane warms to her nephew. But, as August 9 draws near, she begins to grow disoriented, fearing for another nuclear holocaust. Her memory falters as she is increasingly unable to reconcile to her present. On a wild, stormy night, she runs away from home, presumably looking for her lost husband. Her children and her grandchildren go looking for her. The film ends as rain and blustery winds sweep the landscape, even as Kane continue to elude her pursuers. We will never know if they eventually catch up with her or not. 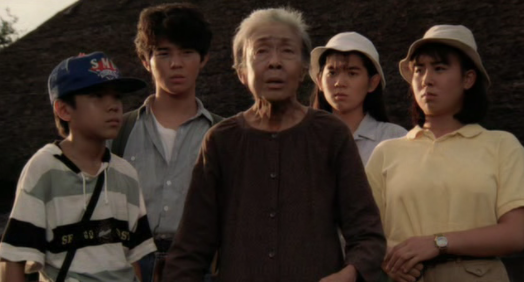 Rhapsody in August is not so much a film about a cataclysm as about memory, and the possibility and the process of healing. It looks at memory through the eyes of three generations, and while it has not very edifying things to say – or rather, suggest – about the middle generation, the one that grew up as Japan’s post-war economic prosperity was beginning to bloom, it engages with obvious sympathy with both Kane’s and her grandchildren’s.

Also read: Seventy Years Later, the World is Still Under the Spell of this Monstrous Crime

The latter, the young of the 1990s, is evidently torn between multiple loyalties and the yearning for more bounteous shores is unmistakable in them, but they yet seem willing to make the effort to come to terms with their past. And their capacity for empathy is heart-warming.

In a 1991 interview, Kurosawa was categorical that a nuclear holocaust was ‘unfilmable’. “That state of devastation and of such terrible human anguish does not belong to the realm of the presentable”, he said, adding that

“(t)hings reach a point where the people who experienced the events cannot even speak of them. They are unspeakable”. One is reminded of what the great Austrian satirist Karl Kraus felt about his own inability to make Nazism his subject: “The Word fell asleep when that world awoke”.

Kurosawa kept his distance from what Shohei Imamura had attempted in his graphic 1989 film Black Rain, preferring instead to focus on how Japan internalised and learnt to live with the trauma. The memorable sequence we talked about in the beginning – that of two women grieving and remembering wordlessly, something Kane tells her grandchildren they do regularly – is perhaps intended to drive home the point about the limits of representational art as Kurosawa perceived them.

But that does not mean he does not find ways of evoking the horror, the pathos of the catastrophe which engulfed Nagasaki that fateful August morning. There is the twisted jungle gym of a school playground – which the grandchildren come upon as they are taking in the city’s sights – left the way it looked after the heat of the bomb had melted and shaped it into a grotesque sculpture. The children’s grandfather met his end there. Then there is a disoriented, frantic Kane, trying to desperately shield her grandchildren from what she believes is another unfolding nuclear attack, as thunder rumbles and lightning glares outside.

At the time of its release, Rhapsody in August ran to a mixed reception. An American journalist covering the film’s premiere at the Cannes festival stood up to register his protest: his point being that the film overlooked the reasons that had led to the bombing of Nagasaki in the first place. Indeed, American audiences were lukewarm to the film, some suggesting that Kurosawa had been ‘unhistorical’ in his treatment of the subject and unkind to the US.

To labour this point is clearly being obtuse, because a political statement was nowhere near Kurosawa’s mind when he made the film. Not everybody may count Rhapsody in August among Kurosawa’s best work, but it bears the virtuoso’s stamp all the same: the subtle interplay of characters against a broad historical canvas was Kurosawa’s forte all through. And the image of the old woman, hurrying through the howling wind and the pouring rain, her umbrella defiantly raised against the elements, burns into the viewer’s memory. Sachiko Mirase as Kane is simply magnificent. It is poignant to recall that this was to be her last feature film, crowning a career of over 70 years. Schubert’s ‘Heidenroeselein’ (‘Little rose of the meadow’), based on Goethe’s eponymous poem, is one of the two pieces of music that pop up now and again throughout the film, Vivaldi’s ‘Stabat Mater’ being the other. As the children play the ‘Heidenroeselein’ on the organ and sing along with it, the music coalesces into the theme of youthful energy.

At the film’s end, however, the music returns hauntingly, this time probably to suggest it was the spirited Kane who was the lone rose of the meadow, so that her memory and her resilience become the leitmotif of Rhapsody in August.