The National Anthem and the Supreme Court’s Popcorn Nationalism

For some judges, substance is inversely proportional to verbosity. If this trend is not stopped, Indian jurisprudence will permanently suffer. 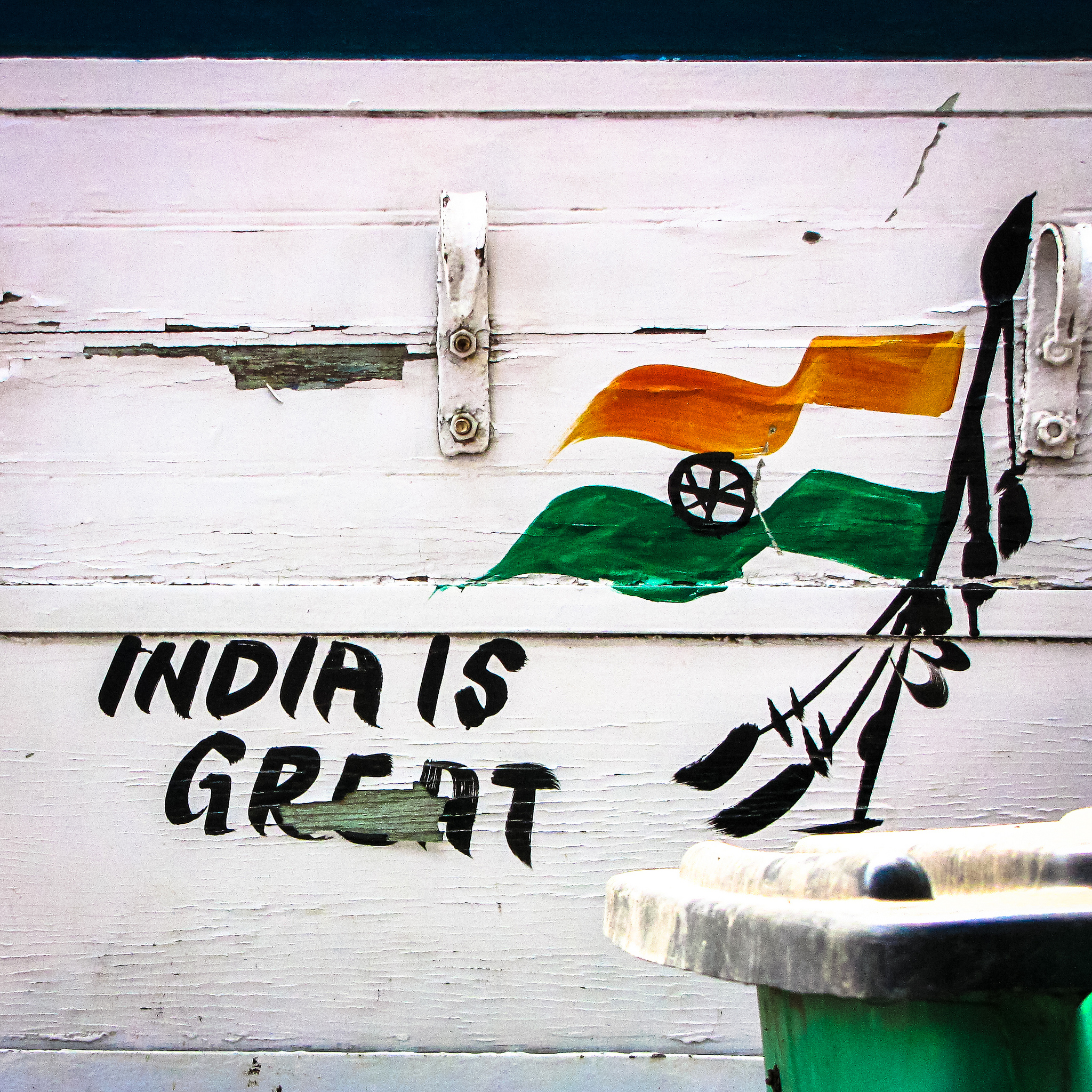 India’s Supreme Court is becoming a national embarrassment. In its early years, it was unquestionably one of the world’s leading courts. Its judges were erudite. Whether they leaned left or right, their decisions were jurisprudentially disciplined and impeccably argued. The court’s judgments were cited across the common law world, from Tuvalu to the House of Lords. Today’s court is a grotesque image of its predecessor, swollen with power but wanting in intellect.

On Wednesday, the court decided to appoint itself as the national anthem’s protector-in-chief, an entirely unsolicited role for which there was no particular need. The court has banned “dramatisations” of the anthem, banned people from deriving “any kind of benefit” from the anthem’s performance, partially banned the anthem from being printed, and forced cinemas to play the anthem at the start of every film.

There is more. Only a court-approved version of the anthem with a giant national flag plastered across the screen can be shown. The iconic silent anthem, featuring children with hearing and speech disabilities which was screened in Reliance cinemas, is banned by implication. BharatBala Productions’ dramatised version of the anthem with soldiers of the Indian Army is also banned from cinemas by implication.

‘An exposition of ad libitum’

How did we get here? In 2002, Shyam Narayan Chouksey, a retired government official with time on his hands, went to the cinema to see Kabhi Khushi Kabhi Gham. The film’s storyline includes a portion where the anthem is sung. Chouksey sprang to attention in the middle of the movie but was told to sit down. “It hurt me,” Chouksey said. So he filed a PIL in the Jabalpur high court which was heard by Justice Dipak Misra who obligingly banned the entire movie in 2003.

Justice Misra’s high court judgment is – there is no other way to say this – ridiculous. This is how he describes the anthem:

What inspired this clumsy outpouring of judicial ardour? In the film, a young schoolboy momentarily forgets the words of the anthem. It was a part of the film’s plot but the judge was having none of it. He exclaimed:

“The producer and the director have allowed the National Anthem of Bharat, the alpha and omega of the country to the backseat. On a first flush it may look like a magnum opus of patriotism but on a deeper probe and greater scrutiny it is a simulacrum having the semblance but sans real substance. There cannot be like Caesar’s thrasonical brags of “veni, vidi, vici.” The boy cannot be allowed to make his innocence a parents rodomontade, at the cost of national honour. In our view it is contrary to national ethos and an anathema to the sanguinity of the national feeling. It is an exposition of ad libitum.” (sic)

To speak ad libitum is to do so without forethought. Justice Misra’s remarks certainly meet that mark. The film’s makers appealed the high court’s ban in the Supreme Court which, in 2004, overturned Justice Misra’s judgment. Ordinarily, that would have been the end of that.

Fourteen years went by and Justice Misra moved up to the Supreme Court where, earlier this year, he was reunited with his fellow traveller Chouksey. Undeterred by his earlier defeat, Chouksey now wanted the anthem to be banned in movies altogether so that no one else would have to endure his cinematic confusion. In an astonishing display of judicial efficiency, Justice Misra first heard his case in late October and, one month later, issued the fresh ban orders.

There are distinct issues involved, so let us be clear about each one. The first issue pertains to compelling the anthem’s screening. There is no objection to cinemas choosing to screen the anthem if they want to. Nor is there an objection to the anthem being sung in sports stadiums or elsewhere by anyone who wants to sing it. But there is absolutely no legal basis to compel cinemas or any other private entity to screen the anthem. Forcing private institutions to play the anthem is a clear violation of their freedoms of free speech and trade.

Why are cinemas singled out for Justice Misra’s zeal? The cinema has historically received an abnormal amount of regulatory attention because film is a potent platform for social control. In colonial India’s overwhelmingly illiterate society, film was a powerful medium of mass communication prompting the colonial authorities to heavily censor films. Cinemas played God Save the King at the end of movies and, according to Prem Chowdhry, “Indian audiences were known to avoid being in the cinema hall during the playing of the British national anthem.”

Almost a century later, little has changed. We still have capricious film censorship. And the national anthem has been moved to the beginning of movie screenings, presumably to avoid the embarrassment of people walking out of the hall. But Justice Misra was not satisfied. He has ordered cinemas to close the doors so that moviegoers are held captive as the anthem is compulsorily screened.

The second issue pertains to respecting the anthem. In 1986, the Supreme Court made it clear that “no provision of law obliges anyone to sing the anthem.” Mandatory singing violated the constitutionally-guaranteed right to free speech, the court said, but there was a duty to stand when the anthem was sung. That position remains the law today. Let us examine that position.

For many people, standing for the anthem is a reasonable duty. For those people, there is no disputing their right to stand, sing, salute, or demonstrate their respect in whichever way they choose. For others, standing need not be necessary to demonstrate respect; and for some, being forced to participate in arbitrary exhibitions of nationalism is undemocratic. The point of a free society is to allow everybody in it to peacefully express themselves. When the state compels people to stand for the anthem, it takes away some of that freedom.

Many liberal democracies across the world recognise the right of their citizens to disrespect their national symbols, such as their flags, in exercise of their freedom. Flag desecration is legal in Australia, Canada, Japan, the United Kingdom, the United States, and elsewhere. In 1989, the US Supreme Court declared that flag burning was a constitutionally-protected act of free speech. In response, the US Congress enacted a flag protection law but the US Supreme Court immediately struck it down. The considerably less offensive act of sitting through the anthem is protected and widely practised across the free world.

The third issue concerns dramatic enactments of the anthem. The Supreme Court’s 1986 judgment on respecting the anthem was delivered in the context of school assemblies. The court said nothing about the anthem being sung by actors in a movie, which is what got Justice Misra’s goat in 2003. His failed attempt to ban Kabhi Khushi Kabhi Gham prompted the Home Ministry to clarify that it was not advisable to stand in the middle of a film! Now Justice Misra has banished the anthem from films altogether because, according to him, dramatisations of the anthem are “absolutely inconceivable.”

The judge is wrong. The anthem has been seen and heard in film, not just in Bollywood but across the country, for several decades. Conversely, short films of the anthem have been made too, most famously a series of beautiful vocal and instrumental renditions of the anthem by famous musicians to mark the Indian republic’s golden jubilee year in 2000. To honour the late Pandit Bhimsen Joshi, a short clip of him singing the anthem was released in 2011. Sadly, they do not pass Justice Misra’s test of patriotism and are disqualified from cinemas.

Why is Justice Misra’s vision of patriotism so bleak that it permits no creativity, tolerates no dissent, and doesn’t even allow the elderly or disabled to sit? Because in the judge’s mind, patriotism and individualism do not intersect:

“Be it stated, a time has come, the citizens of the country must realize that they live in a nation and are duty bound to show respect to National Anthem which is the symbol of the Constitutional Patriotism and inherent national quality. It does not allow any different notion or the perception of individual rights, that have individually thought of have no space. The idea is constitutionally impermissible.” (sic)

What does this mean? Only Justice Misra knows for sure. What the rest of us know with certainty is this – India’s constitution explicitly guarantees individual rights, they are the foundation of our legal system. Any claim to the contrary is wrong.

What is more worrying is that the Supreme Court is making mistakes – more accurately, bloopers – like this so often. This is not a question of political leaning. The fabric of India’s jurisprudence was first set out by elite judges from the landed gentry who fought Jawaharlal Nehru’s and Indira Gandhi’s socialist policies. Later, the court turned left. Either way, the court’s decisions were jurisprudentially sound.

Justice Misra’s order betrays not only a fundamental ignorance of legal theory, it ignores basic rules of language. Earlier this year, his judgment regarding criminal defamation was met with ridicule because it was written in stream-of-consciousness nonsense prose. For some judges, substance is inversely proportional to verbosity. If this trend is not stopped, Indian jurisprudence will permanently suffer. There is an urgent need to return to disciplined jurisprudence, legal rigour, reasoned arguments, and high-quality justice. When that is done, the anthem will have more meaning.

Bhairav Acharya is a lawyer and policy analyst. He tweets at @BhairavAcharya. His writings are archived at his personal website www.bhairavacharya.net.