Chaitanya Tamhane’s new film is a big step towards developing his own visual style and storytelling. A still from the movie 'The Disciple'. 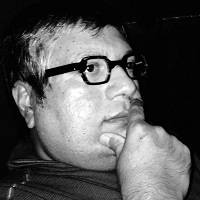 Chaitanya Tamhane won the newly instituted Amplify Voices Award at the recently concluded Toronto International Film Festival (TIFF) 2020. To address the issue of diversity, the Amplify Voices Awards are presented to the three best festival feature films by underrepresented filmmakers from the Official Selection. The two other winners are Michelle Latimer’s documentary Inconvenient Indian and Philippe Lacôte’s Night of the Kings. Each winner received a cash prize of $10,000, made possible by Canada Goose.

I caught up with the screening of The Disciple at TIFF, where Mumbai-based filmmaker Tamhane’s work was the sole selection from India. With his latest offering, Tamhane succeeds in transporting one into another world in just over two-hours, beautifully capturing the erumpent consciousness of Khayal, a genre of Indian classical music.

Set in the insular middle-class Marathi cultural milieu of Mumbai, the film unfolds with the story of a young musician Sharad, the disciple who has been initiated into the rites of Hindustani classical music complete with reverence and idealism. The Disciple makes a nuanced distinction between subject and the story; the film is not on Indian classical music per se, but rather the visceral world that the disciple occupies. It is in this delicate handling that Tamhane deploys a masterful screenplay to stirring effect.

After a two-year writing process, the screenplay emerged out of the earlier play which Tamhane wrote, The Grey Elephants in Denmark (2008). The scenario won the best screenplay award at the Venice Film Festival. His writing envelopes the viewer into the quotidian experiences of Hindustani sangeet of the Marathi milieu in Mumbai.

A very subjective and deeply contemplative portrayal, The Disciple, becomes a heightened contrast to Tamhane’s debut feature Court (2014) which dealt with the Indian legal system with an objective orientation.

It unravels the tale of a Sharad Nerulakar, a vocalist who wants to experience the promise of musical transcendence, but is grappling with his existential woes. An inertia wraps the persona of the character as the film revolves on this solitude of the artist. There are two axes to this narrative: one, the character is shown through three stages—as a child, a young adult and a married man with a child; and, two, the relationship between the character and his guru, the guru’s teacher, and the city. Captivatingly told, The Disciple evokes memories of Shyam Benegal’s Unusual Concerts about Malikarjun Mansur.

Also Read: ‘The Theme I Explore And The Truth I Strive For Are Personal’: Filmmaker Chaitanya Tamhane

Aditya Modak, a trained Hindustani classical singer, captures the essence of the character Sharad Nerulakar, the disciple, a tremulous soul caught in the bind of modernity and tradition. The portrayal of his riyaaz is not pegged as pure schmaltz but an engagement with life as he fights the pornography of desires on his way to find his true self. His counterpart is his music teacher, Guruji, essayed by Arun Dravid, a veteran musician and a disciple of Kishori Amonkar. Maai, a sage-like character known by the name Sindhubai Jadhav, has no image or records in public. Her character is present through a voiceover acted by veteran Sumitra Bhave.

The tension foregrounds the lugubrious brooding of Sharad. It is this quest for identity, stability and meaning which gets poignantly woven through Maai’s speech in a voiceover, intending to be a moral suasion but also a statement on the Hindustani Sangeet Padhati. The Maai character reminded me of the exposition of Kishori Amonkar on the very essence of a note in music as she spoke to Amol Palekar in Bhinna Shajda (2011).

Having accomplished singers to act is not only a challenge but a casting coup of sorts. Aneesh Pradhan retains the musicality as the intricacies of the Khayal performed is attuned to the laya (rhythm) of the film. This speaks more to Tamhane’s uncompromising attitude, which bears fruits.

The other defining characters

There are two other defining characters— the city and silence. Mumbai, stripped-off its masses, laid bare, is a devious one which closes on the protagonist. While, silence as the leitmotif breathes life into the language of Khayal, building the ambience of the cultural milieu of extreme reverence and submission, as it eloquently brings forth the tenebrific tone of the film.

We see Sharad’s mundane and routine actions, such as flipping television channels or staring blank at the amateur musical contests, juxtaposed with the soberness of his promised path. As we hear Maai in the voice over: “There’s a reason Indian classical music is considered an eternal quest. And to embark on that quest, you will have to surrender and sacrifice.”

The tension within the protagonist continues to be built till a staid Sharad has an encounter with a music critic who rips off the almost-sacred image built around Guruji and Maai. Increasingly, he finds himself on a lonesome path and desolate streets.

Here, I see the influence and gains from the Rolex Mentor and Protégé Arts Initiative programme which allowed Tamhane to collaborate with the Mexican filmmaker and Academy Award winner Alfonso Cuarón. His mentoring suffuses every aspect of the production, including Michal Sobocinski’s stylised cinematography, capturing the tranquility of the Khayal; the twilight of solitariness and Naren Chandavarkar’s sound design, which abounds in the whisper of Khayal, compels a collective listening.

Cuarón recommending Michal Sobocinski as the cinematographer proves how valuable his role has been in this mentoring process. The same age as Tamhane, Sobocinski is no ordinary cinematographer. He hails from a legendary family of cinematographers in Poland who were associated with the works of Krzysztof Kieslowski and Andrzej Wajda. One can notice the subconscious traces of these legendary filmmakers in the elfin beauty of Sobocinski ’s work that captures the pervasive desolateness of the city and the protagonist, best seen in the sepia portraiture of Sharad driving his motorcycle on the empty street of his promised path; a recurring sequence in the film. More poignantly, in this film we see Michal adhere to his grandfather’s dictum: cinematography is about “what to eliminate/what you don’t want to show”. 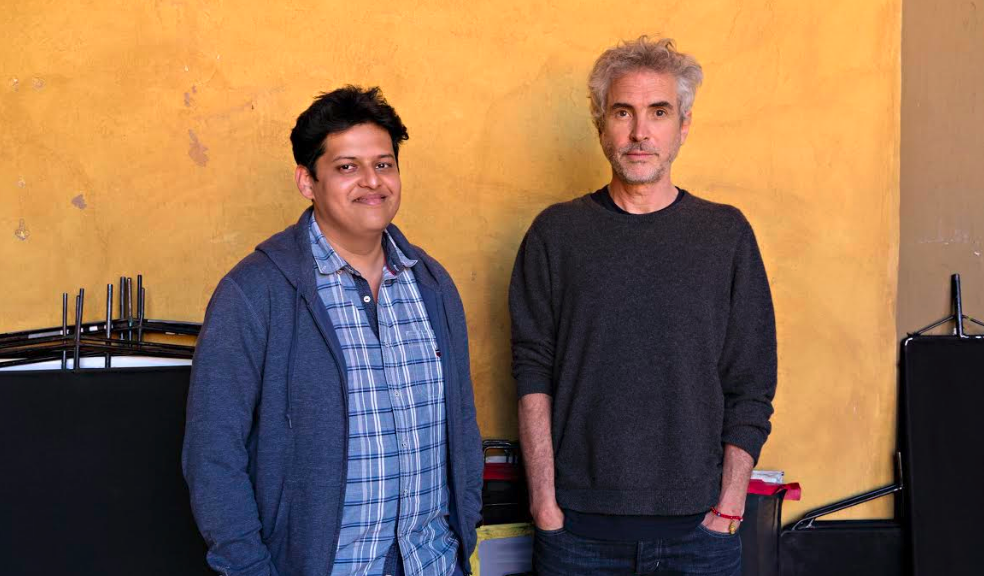 Search of a film language

For a young filmmaker in search of a film language, Tamhane has shown an affinity for long-takes, pacing and close-ups. As film theorist André Bazin argued, long takes offer a notion of continuity, thus ‘attributing certain duration to the concept of time’. Tamhane, as the editor, manages time to age his protagonist through cinematic devices — from his childhood, as a young adult in 2006 and then in contemporary times. These distinct phases are subtle, be it the concert banner or the protagonist’s routine of flipping channels where he lands on the primetime television news show discussing Lynchistan.

This film will mark a definite moment in the evolution of Tamhane’s visual style. In the development of his cinematic syntax, one can see his work in the mould of the Greek master Theo Angelopoulos. With sparseness, not minimalism, Tamhane remains considerably unhurried in his approach, keeping an amazing pace in conjunction with the music sung—slow, meditative and melancholic—as the rendering of ‘Jhannana bichuwa baje’ in raga jaunpuri in the opening sequence shows.

In the denouement, the disciple succumbs to the pressures of modernity. In a galvanising act, Sharad exits the stage abruptly, abandoning his performance. This vindicates Tamhane’s trust in his audience as much as his conviction in his screenplay. The Disciple is by no means a work that has a look of disapproval of modernity but suggesting to be the vanguard of the millennials coping with their problems in finding a firm footing in a world changed beyond recognition.

I hope unlike his protagonist, Tamhane retains his rigour and practice in sustaining the depth of being an artist in a metropolis.

The Disciple has not yet been released in India.

Narendra Pachkhédé is a critic and writer who splits his time between Toronto, London and Geneva.