Tandav Has Lofty Ambitions but Remains Trite and Lacklustre

The show nods at contemporary events and politics, but is marred by poor acting. 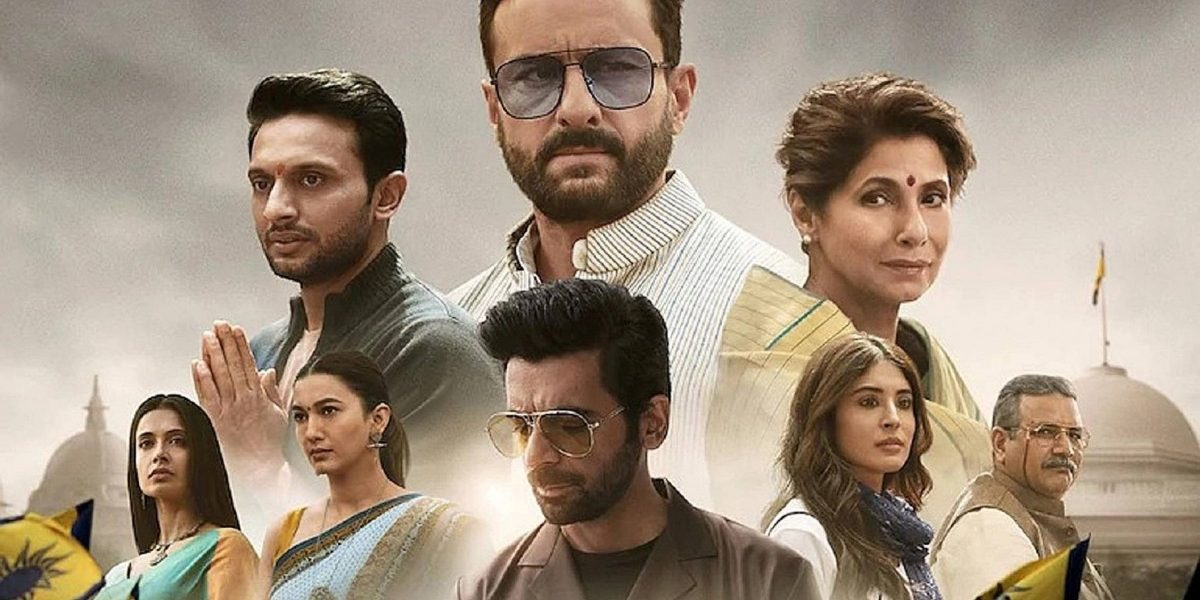 The nine-part Amazon Prime series Tandav, created and directed by Ali Abbas Zafar, opens to a quote by a Polish philosopher – “In politics, being deceived is no excuse” – as a mawkish romantic song, reminiscent of ’90s Bollywood, plays in the background. This postmodernist flourish, a blend of ‘high’ and ‘low’ art, is a smart bit of foreshadowing, as the show is pulled by two different forces.

One is centred on the campus politics of Vivekananda University (or VNU, obviously modelled after you know what). The other is set in Raisina Hills, depicting the internal power struggles in India’s ruling party, Jan Lok Dal (JLD), that has governed the country for three consecutive terms. The college and the country, the Left and Right, the two-faced nature of power: duality is embedded in the very essence of Tandav.

The series opens to a day before the election result. Most believe that the JLD will win by a landslide margin, and the party’s ruthless patriarch, Devaki Nandan (Tigmanshu Dhulia), will become the prime minister for the fourth time. But his son, Samar Pratap Singh (Saif Ali Khan), is as hungry for power. You know this can’t end well. I thought Samar would stage a coup, but he poisons his father instead.

One of the first striking things about the show is its charged tone. Frames freeze, the background score booms, the dialogues jump and bite. It is fun experiencing a cinematic universe that revels in melodramatic pleasures. But this heaviness soon starts to burden Tandav.

To begin with, it is marked by uneven acting; crucial conversations, such as the one between Samar and Devaki right before his death, lack natural rhythm; characters burst into abrasive lines devoid of immediate context. You want to shake this series by its shoulders and say, “It’s all right, take a deep breath, relax.”

The background score, for instance, is so overwhelming that it starts crushing the scenes; it is no longer music, it has become noise. Even during unpleasant exchanges where uncomfortable silences can reveal character – Samar talking to his dead father or humiliating a veteran JLD leader, Gopal Das (Kumud Mishra), among many others – the score is in a state of constant agitation. It feels as if the series doesn’t trust its audience; many times, it doesn’t trust itself.

Tandav is often crosscut between two stories – one in VNU, the other Raisina Hills — but their energies don’t complement each other. There’s no dearth of contrasting material: dissenting students, murderous politicians, fierce idealists, dead souls, endearing friendships, rival families. Yet, despite all the efforts, these stories don’t add up to outsize their parts. Even the overall series struggles to pick momentum; it occasionally springs out of the rut, when a kinetic A.R. Rahman number – ‘Dhakka Laga Bukka’ from Yuva (2005) – ripples during college election campaigns. But even this burst of energy is borrowed and, in the subsequent episodes, loses its charm; the song plays every time the college is in a political frenzy, resembling a tired trick.

Tandav is densely plotted with enough twists and turns. When Anuradha becomes the prime minister, Samar’s counterattack elicits intrigue. He wants to enlist a VNU student, Shiva Shekhar (Mohammed Zeeshan Ayyub), to exact revenge. But Shiva is an idealist and a “leftie”: Will he turn Right to do the wrong thing? Shiva’s close friend Sana Mir (Kritika Kamra), in urgent need of cash, gets swayed to create a rift in his gang.

But even then, the show tests the limit of a trusting audience. There are many plot points that don’t make sense. Anuradha blackmails Samar, but she doesn’t have proof; he never asks for any, a flimsy twist that drives the entire series. Sana’s financial crisis is tied to a contrived backstory. Samar, the second most powerful man in the country, hopes that a college student – of all the people – can help resolve his crisis.

Samar’s college friend, quite conveniently, turns out to be a VNU professor (Dino Morea) who is having an affair with Sana. The owner of a famous news channel (Hiten Tejwani) is helping Samar suppress the cause of his father’s death. Samar and his cohorts show a preternatural interest in college students, as if Raisina Hills is a local university. I can go on and on. The show wants to raise stakes, by upending ordinary situations, but it frequently fails to conceive credible transitions. Some subplots – such as Samar encouraging Shiva and Sana, betraying Shiva – raise intrigue and expectations, but they eventually fizzle out.

It doesn’t end there. The most disappointing bit about Tandav is that, for a political piece, it is hardly interested in politics. The show spends a lot of time with the JLD leaders, but we don’t get a sense of their worldview (apart from the customary exposition that they lean towards Right). The party leaders resemble preteens fighting for their turns at video game parlours; even their viciousness is flat, where ideology plays no role. The CJLD, the party’s youth wing in VNU, is equally opaque. Even Shiva is a stale figure; whenever he’s berating the government, he spouts generic socialist spiels centered on the farmers’ plight. If the political is personal, then Tandav doesn’t establish that crucial through-line. 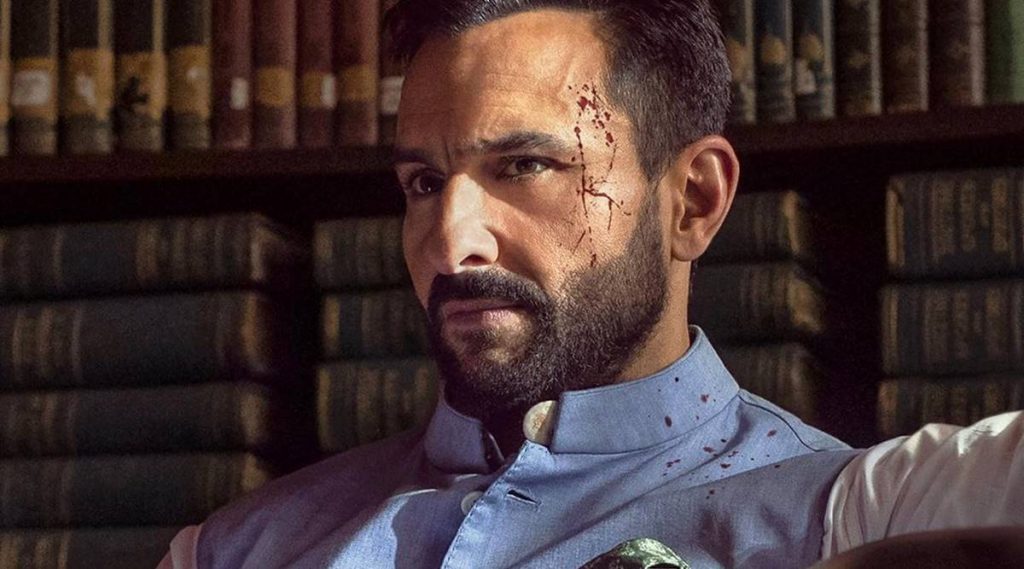 The show could have been somewhat compelling if it featured some outstanding performances. But no such luck here. Besides Grover, who plays a clichéd role with biting gusto, no one else is memorable. Saif, Gauahar, and Kapadia stick to their characters’ loglines; there’s nothing magnetic to their personas. Ditto the ever-reliable Mishra and Ayyub who are just about competent. Morea, Kamra, and Paresh Pahuja (playing Anuradha’s directionless coked-up son) are particularly forgettable, relying on stock mannerisms and stilted speech.

Worse, the makers are convinced that they’ve created something ‘deep’. Episode after episode, they keep ticking boxes acknowledging the current political climate; many references drop without context – a trite effort that doesn’t illuminate the characters, or present a considered view of events, as much as project the show as ‘aware’ and ‘progressive’. Since VNU students form a pivotal plot point, we get the dialogue, “universities are breeding terrorists”. A cop insinuates that it is easy to lock up a young Muslim. Characters hurl casteist slurs at a minister who is Dalit. Gopal Das, during an important meeting, makes Anuradha’s secretary (Gauahar Khan) and another female leader (Shonali Nagrani) uncomfortable by sexist comments.

Good filmmakers are good ventriloquists: they don’t let you see the artist’s hands. But Tandav waves, and waves some more, compelling you to turn away. The real duality is the show’s very nature: it is torn between being delightfully pulpy and politically profound. It ends up being neither.