Supriya Devi: An Incomparable Star, and a Product of Partition

What Supriya Devi endured while fleeing Burma may have brought out the underlying pathos and dignity of her performances in Ritwik Ghatak’s 'Meghe Dhaka Tara' and 'Komolgandhar'. 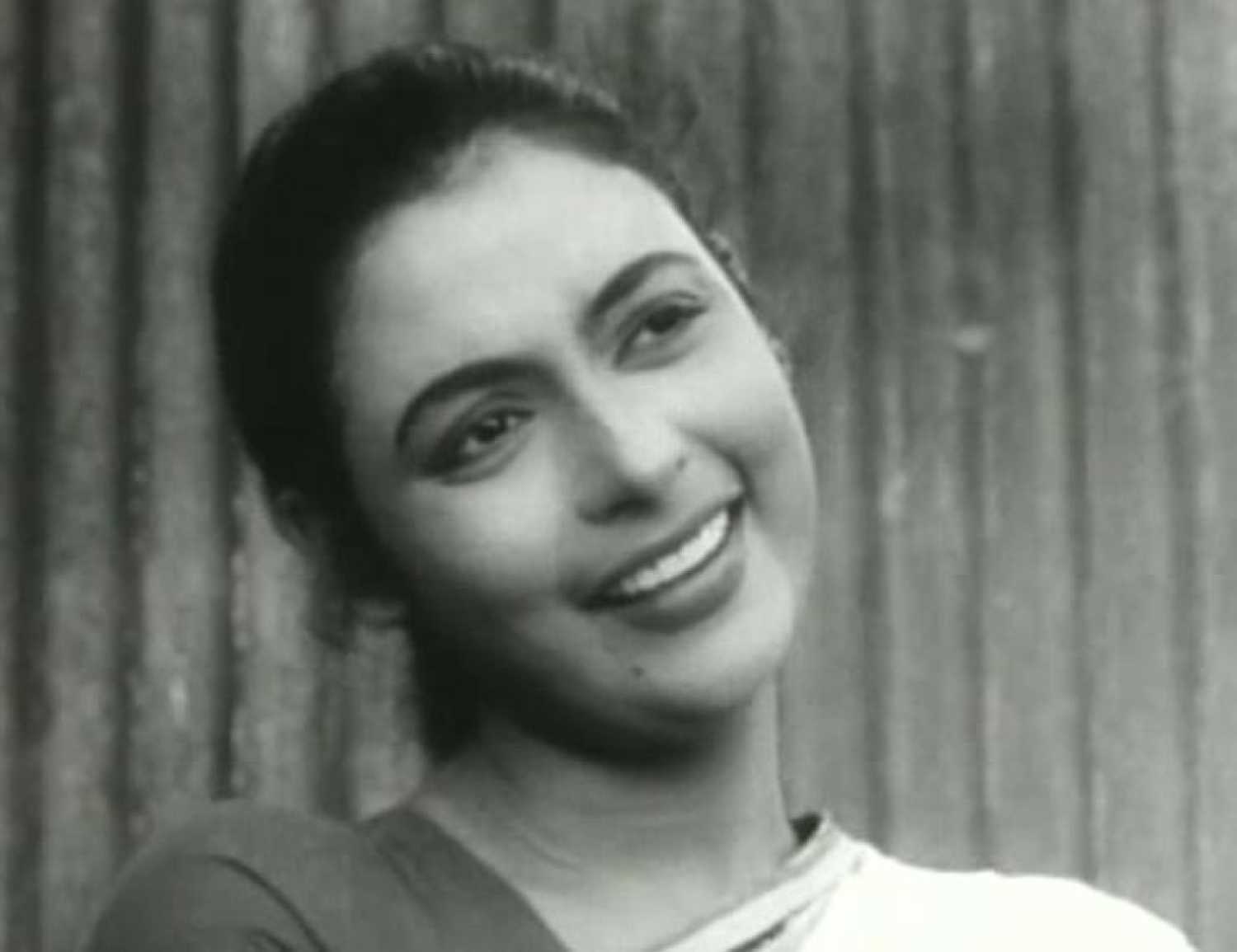 Early this year, on January 26, Supriya Devi passed away in Kolkata after a cardiac arrest. She was 85 years old and had been in frail health for some time. For many of us who have spent their childhood and growing up years under the spellbinding glitter of Tollygunj film industries and the mesmerising glamour of stars like Suchitra Sen, Madhobi Mukherjee and Sabitri Chatterjee, Supriya Devi was one of her kind. She played lead roles in wonderful films like Baghbandi Khela, Sanyasi Raja and Sister, but she will be remembered for posterity for her great performances in two of Ritwik Ghatak’s films, Meghe Dhaka Tara (1960) and Komolgandhar (1961).

Supriya Devi, like many of her generation, was a product of the tumultuous years leading to the Partition and the trauma of 1947. Her father was a lawyer in British Burma and she was born there. In 1942, with the imminent Japanese attack, the family, like thousand others, decided to leave, resulting in a ‘forgotten long march’ where an estimated 450,000 Burmese Indians were displaced. They walked to British India through dense jungles and mountainous hilly terrain through three land routes: via the Arakan to Chittagong, via the Chindwin Valley into Manipur and via the hilly passes of the Hukawng valley into Assam. Amitav Ghosh’s Glass Palace (in English) and Debendranath Acharya’s Jangam (in Assamese) are a few representations of this forgotten chapter in India’s history.

Supriya Devi was about nine years old when she fled Burma with her family. What she endured in that long trek remained with her and it would not be far-fetched to think that those memories of displacement brought out the underlying pathos and dignity of her performances in Ghatak’s films where she portrayed first a refugee girl and in the later film, a theatre worker exiled from East Bengal. In both the films, Supriya Devi’s breathtaking performances, her subtle yet strong portrayal of displaced women fighting against odds, will be remembered by generations of movie buffs.

Ghatak conceived Meghe Dhaka Tara as a parable for what he saw as the terrible tragedy of the Partition for he was eloquent on the way the partition of Bengal had framed his work:

I have tackled the refugee problem…not as a refugee problem. To me it was the division of culture and I was shocked. During Partition, I hated those pretentious people who clamoured about our independence, our freedom. You kids are finished; you have not seen the Bengal of mine.

The Bengal that Ghatak talked about, a Bengal lost in the mist of time and history, is personified in Neeta, the central character of his film that was based on a Shaktipada Rajguru novel Chena Mukh (The Known Face, 1960). The film opens with an image of the refugee colony, an image that is central to the novel as well.

A few days ago, this area comprised empty fields and marshy wasteland. Bamboo groves, shrubs of jolkochu hung low over the canal that flowed through it. In that uninhabited suburb, thousands of homeless people have come from Pakistan to build new homes.

Rajguru’s novel was in one sense brilliantly tailored for Ghatak’s purpose; in its pages he found all the contradictions of a displaced life intertwined with the myths and allegories of a post-colonial modernity. The necessity to push a once sheltered daughter to become a cog in the machine of labour and progress is seen in the larger context of rootlessness. It is a necessity born out of the contingencies of being bastuhara, homeless, but it also results in a transformation. Neeta’s refugee colony home can become a brick house; her family can move slowly away from the brink of starvation and claw its way up to prosperity.

In the Kolkata of the 1950s and 1960s, colony girls like Neeta, subaltern by class and gender, navigated the city and charted out their journey through it: the suburban train, the colony streets, the alien, bustling city all became the topography of their struggle to survive. In popular Kolkata sobriquet, colonir meye, a colony girl, was often used derogatorily to mark a distinction of class and locality while in contemporary literary or cinematic representations that term was used for women who were seen as easy prey. With the refugee woman’s increased presence in the public sphere, her continued presence in political marches and hunger strikes, in her transformation into a film diva, we see the formation of a modern gendered subject.

In Ghatak’s film, Neeta’s life is our recognition of the way in which a woman is subject to familial or community control along with her displacement. Her vulnerability at being sacrificed so that her family can survive makes her tragic struggle seem eponymous to Partition’s inner contradictions: Neeta’s very homelessness allows her to work outside so that her home can be rebuilt. Her mobility and death are not mutually exclusive; rather they exist in a simultaneity of movement within the home and outside it.

Supriya Devi’s own childhood struggles may have had some similar resonances that had lent a special poignancy to these portrayals. Partition had resulted in a loss of status for her upper middle class family when they shifted to Kolkata from Burma permanently in 1948. Like Sabitri Chatterjee, a contemporary, the Partition had presented for the young Supriya an opportunity to join a fledgling film industry, both as a profession and for sustenance. Tollygunj films would enable young talented migrant women to reformulate the refugee women’s economic and social mobility. Although her 1959 films like Sonar Harin (opposite Uttam Kumar) and Amrapali had made her a name to reckon with, in 1960, she chose to play the ‘unglamorous’ role of a refugee girl in Ghatak’s film. It must have seemed easy for her to understand the material gap between the diva and the refugee girl.

In Meghe Dhaka Tara, Ghatak, through Supriya Devi’s powerful performance, is able to address the transformation as well as the predicament of the refugee colony girl, in a mythic way by showing it in the material context of rootlessness. The film adds other dimensions to the question of modernism with its layered soundtrack, the agomoni songs, as well as the visual symbol of the colony hutment in the frames of the film. Neeta’s wild cry ‘I want to live’ that rips through the film is a moment of epiphany, and few can forget the way Supriya Devi becomes, at that moment, the symbol of how films can reinstate memory in the form of myths. And like a true star, Supriya Devi will remain etched in our historical firmament, implicated in the interrogation of the role played by refugee women in our turbulent modernities.

Debjani Sengupta is the author of The Partition of Bengal: Fragile Borders and New Identities (CUP, 2015).