Like others with a similar plot, Rohit Shetty's film has no nuance, no attempt to grapple with the tough questions. 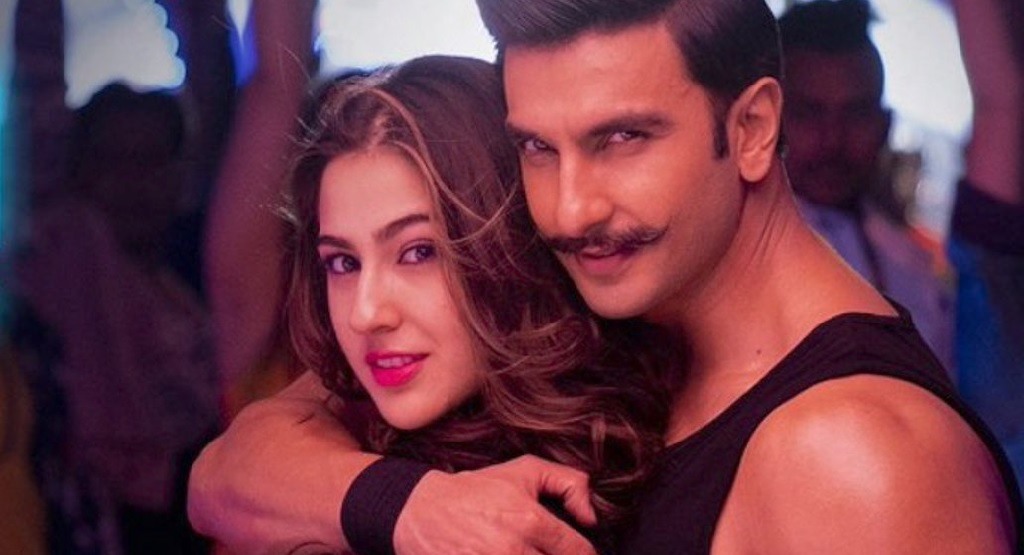 We all know what to expect from a Rohit Shetty actioner: thumping background score, bloodthirsty cops, somersaulting cars, Maratha machismo, vigilante justice and a textbook villain. None of these elements are new and their combination in the past (Singham, Singham Returns) has resulted in insufferable films. Simmba – another film in the same franchise, but this time with a different lead, Ranveer Singh – looked no different.

The premise remains the same: a tough cop, a villain (Sonu Sood), and the quest for justice. Again, you know what to expect. After some pretence of world building, and laying the stakes, the unsmiling cop will get down to business: the villains would be tracked, the chairs would crumble, sermons would be dispensed and the cars would lose their centres of gravity.

None of that happens in the opening segment of Simmba. Instead we’re introduced to a cheerful, corrupt cop. He cracks silly jokes, randomly breaks into a dance and revels in comical theatrics. This is a Dabangg-like zone – not too different from Singh’s real-life image – taking you by surprise. Sangram Bhalerao (Singh), or Simmba, almost exists outside the film’s narrative. Shetty lets Singh do his own thing. When Simmba goes to raid a nightclub, he first dances with the DJ and then orders a crackdown. He casually brushes aside his subordinate (Ashutosh Rana) who urges him to be honest. Simmba makes friends, finds surrogate sisters and mothers, and, when drunk, gazes at the sky and says, “We’ve found water and ice on the moon. Now we only need alcohol there.”

Few Bollywood actors are as enjoyably silly and self-aware as Singh. Simmba doesn’t require a lot from Singh, and you don’t demand a lot from the movie, so this longish stretch of goofiness feels welcome. You also think maybe this kind of approach can save films like Simmba. You don’t even mind the attendant annoyances: the rehashed Bollywood numbers (‘Aankh Marey’ and ‘Tere Bin’) thoughtlessly planted, the film’s poor attempts at self-referencing (Karan Johar comes on screen and says, “Oh God, one more remix”; Shetty’s previous collaborators, Tusshar Kapoor, Arshad Warsi and Shreyas Talpade, make a guest appearance in the same song), the contrived romantic subplot.

And then, after an hour or so, Simmba becomes a completely different film, one it always wanted to be: a rape revenge drama. Simmba’s sworn sister is raped and murdered, and he’s forced to reform. Trust Bollywood filmmakers to even trivialise rape. In 2017, five rape-revenge dramas hit the theatres – Kaabil, Maatr, Mom, Ajji and Bhoomi (the worst film of the year by quite a distance) – and all of them had the same climax: the rapist was murdered. There was no nuance, no attempt to grapple with the tough questions. Shetty, always quick to whiff a formula, must have felt left out.

In Simmba, once the crime is committed, the film is single-minded about finding a resolution which, to no one’s surprise, is killing the rapists. This is first verbalised by the girl’s father, then her friend, Simmba’s girlfriend (Sara Ali Khan), his colleague, their family members and finally Simmba himself. There are plenty of scenes that point towards the fact that Shetty just doesn’t get it, that he sees rape as another formulaic plot-point. In several scenes, Simmba says that the girl was her “sister” – as if a woman has to be something with respect to a man to command respect.

But that’s not the only infuriating bit about this movie. In a courtroom sequence, Simmba rattles off the number of rapes in the country after the Jyoti Singh incident – more than 1,80,000 in the last five years – in a bid to make this film ‘socially conscious’. These are horrifying statistics, but they have no place in a film like Simmba, which, devoid of any solutions or complexities, aims to turn a grave social problem into a money-making enterprise.

Once the hero has proclaimed his judgement, everything else becomes redundant: legal proceedings, interrogation, investigation. What’s worse: each scene of violence – sanctioned by the state and performed by the hero – has celebratory air to it, hoping to elicit whistles and applauds. This is quite simply medieval filmmaking, whose tone-deafness should make us uneasy. But here we are, in 2018, watching that film produced by a Bollywood bigwig (Johar), directed by one of the most sought-after filmmakers in the industry, and featuring a contemporary star. Don’t be too surprised if it becomes a blockbuster.