Sight and Sound magazine’s annual poll reflects a diversity of cultures and for the first time puts a female director’s film on top.

Making a list of top 10 films is like trying to capture scent in a fist. But Sight & Sound’s decade-wise poll, which first began in 1952, isn’t just a list — it’s (perceived as) film culture. Bicycle Thieves topped the chart in the first edition. Citizen Kane retained the honour for the next five decades, losing to Vertigo in 2012. This year’s results, however, have surprised and shook the film world. Beating Orson Welles’ and Alfred Hitchcock’s classics, a new entry has topped the chart — which ranked 36th in the last decade’s poll — Chantal Akerman’s Jeanne Dielman (1976), the first woman filmmaker to bag the acclaim.

The votes are in. Find out what critics have voted the Greatest Film of All Time #SightAndSoundPoll pic.twitter.com/F3cf5PcBb4

The 2012 edition comprised just two women filmmakers in top 100; this year, the top 10 alone has two. Claire Denis’ Beau Travail shot from #78 to #7. The overall list has 11 movies from women directors, including Agnes Varda, Jane Campion, Céline Sciamma, Vera Chytilová and Julie Dash (the first Black female filmmaker to feature). If the list misses some old giants — such as the masters of French New Wave and classic Hollywood and world cinema (nothing from Éric Rohmer, Howard Hawks or Paolo Pasolini) — then many contemporary filmmakers have got the spotlight. In 2012, only two 21st century films — In the Mood for Love and Mulholland Drive — made the list. A decade later, that’s grown to nine, with A Portrait of a Lady on Fire and Parasite releasing just three years ago. The other entrants, such as Moonlight and Get Out, released in 2016 and 2017.

This diversity corresponds to the changing composition of the selection panel. In 1952, Sight & Sound asked 85 film critics to poll their favourite movies. That number showed a meagre increase even after five decades (145) but took a monumental leap in 2012 (846) via “chains of recommendation”. This year, the British magazine asked over 1,600 people from “all corners of the globe”.

For decades, only a select minority has ‘decided’ art film culture, making a niche genre even more niche. Which is why, besides a few exceptions, the Eurocentric canon has revolved around straight white filmmakers. If you’ve followed Indian cinema for long, I’m almost certain we share similar frustrations about the global discussions around the country’s cinema. Countless foreign films aesthetes still struggle to move beyond Satyajit Ray (whose Pather Panchali, ranked 35th, is the only Indian film in top 100).

But the new list shows the possibilities of democratising film taste. First, a basic question: What does the number one film on the poll indicate? Does it mean a vast majority of participants — comprising film critics, academics, distributors, writers, curators, archivists and programmers — voted it as their favourite film? No. It simply means a hefty number of them chose it for their top 10 lists. In 1952, out of the 63 participants, only 25 had mentioned Bicycle Thieves. The magazine reproduced 47 responses; just one considered it best. Similarly, only 22 critics included Kane in their top 10 in the next decade.

The 2022 list has also attracted backlash. An anxiety that, I feel, emerges from not the changing nature of film culture but culture itself. Such criticism is steeped in two main presumptions: a) what constitutes good cinema, and b) what constitutes a good Sight & Sound pick.

Many object to the inclusion of recent films, saying we must give art time before crowning it. But that assertion contradicts the poll’s history. Just take the 1952 edition: three films in top 10 — Bicycle Thieves, Louisiana Story and Brief Encounter — were less than six years old. The Italian neorealist classic was, in fact, the second youngest film (by less than two months). Or how about 1962? L’Avventura (two years old). Or 1972? 8½ (nine years), Persona (six years). If such criticisms didn’t pierce those films, then why make such a hullaballoo about Parasite or Get Out or Portrait of a Lady on Fire? (None of these are in top 10 even — Bong Joon-ho and Jordan Peele’s films, ranked 90th and 95th, sit in the last 10.)

There’s also some candy-stealing whining about the old masters losing out to younger filmmakers. So? Politics, societies, cultures change — and so do the films’ responses to them and so do the responses to those responses, captured in lists like these. We must also remember that the canon still remains overwhelmingly Eurocentric. It’s that old question that has no answer: How much of enough is enough?

Finally, the third brand of criticism, which was best summarised by screenwriter-filmmaker Paul Schrader in his recent Facebook post who, while calling Akerman’s film “great”, considered the new polling system a “politically recorrect jiggering”. Jeanne Dielman, he added, would be remembered not “only as an important film in cinematic history” but also as a “landmark of distorted woke appraisal”. Woke. Like the word “awesome”, it’s become a literary black hole — a word that simultaneously means everything and nothing. 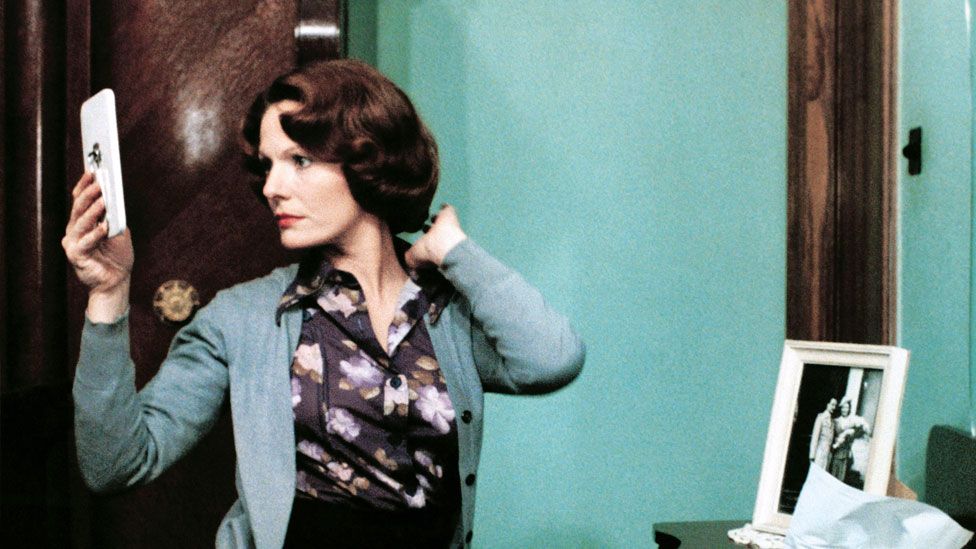 Even on my most accommodating days, I remain ambivalent about, if not indifferent to, most film lists (including Sight & Sound’s one). But the more I think about it, the more I’m convinced that lists aren’t as much about ‘victories’ but recognition. The difference between a film ranked 36th and one is huge — or, say, the one entering in the late ’80s or ’90s. More audiences should know that ‘this is how cinema can be’.

Considering these contexts, Jeanne Dielman seems like a poetic choice, a response to many traditional perceptions about cinema. Centered on a single mother, who supports her son doing sex work, the 201-minute movie devotes an inordinate amount of static frames to mundane household chores — cooking, cleaning dishes, wiping the bath tub — before springing a blinding surprise. Such commonplace activities, or the lives of many women housemakers, aren’t typically considered ‘cinematic’.

In a 2009 essay, film scholar Ivone Margulies wrote that the movie’s confluence of the “sexual/gender politics” and “formal economy” — “showing cooking and hiding sex” — found much appreciation among feminist critics who considered it an “impressive alternative to well-intentioned but conventional political documentaries and features”. Akerman herself spoke about the “hierarchy of images” which ranked a car accident or a kiss — conventionally more ‘macho’ — “higher (…) than washing up”. So to everyone who has woken up with horrific dismay to discover that people other than straight white folks (in North America and Western Europe) also make good films? Well, good morning.