Director Srijit Mukherji seems to lose interest after a while in telling the inspiring story of cricketer Mithali Raj. In an early sequence in Shabaash Mithu, a biopic of the Indian cricketer Mithali Raj, a young girl dares to defy conventions. She pees like boys of her age (while standing in a public place). She plays a local cricket match and humiliates a boy, then hits him. Short hair, flamboyant nature, fierce tongue: a little ball of fire hurtling down a hill. Her worried mother, wanting to make her ‘feminine’, enrols her in a Bharatanatyam class. We don’t know her name yet, but it’s not hard to guess. She must be Mithali, and this is her origin story.

In the class, the teacher calls out another student – a tender bundle of joy, immersed in dance, her future best friend – “Mithali”. It’s an excellent opener that illuminates, entertains, and stumps: that you don’t necessarily need to be a ‘man’ to excel in a traditionally masculine field, that how identity itself – whether created or imposed – can be a prison.

The other girl is Noorie who teaches Mithali cricket. The protagonists of most Bollywood biopics fall under two broad categories: heroes or victims. Mithali (Taapsee Pannu, a sincere and restrained performance), in Srijit Mukherji’s telling, is first a victim. Her elder brother, Mithun, wanting to be a cricketer and eventually getting overshadowed, derides her. So does her grandmother. We then meet the Indian team captain, Sukumari (Shilpa Marwaha), at a local training session, who (of course) throws shade at Mithali without any reason. This needless hostility is off-putting but not a dealbreaker. We’ve entered the standard biopic stadium, I remind myself, and I should be less demanding.

These portions are offset by Mithali’s tender relationship with her coach, Sampath (Vijay Raaz in a credible cameo). Centered on a weary middle-aged man and a young girl bursting with possibilities, this segment is inherently cute but the film doesn’t hammer that quality. We even get a nice small scene that depicts Mithali evolving as a cricketer. During a practice session, she keeps dragging her backfoot; Sampath first tells, then scolds, her, then holds her lower leg while she’s batting and finally – when nothing works – hammers a nail on her shoe, literally affixing it to the pitch.

Mithali joins the national camp – and it’s here that Shabaash Mithu opens the victimisation faucet. Almost every player at the camp needles her. She talks in English; they make fun of her. She complains of period pains; they make fun of her. Even during a local match, while playing for the same team, they still, yeah, make fun of her. The film implies that this hostility arises due to Mithali replacing a player – a friend of theirs – but even then, the whole thing is way too incredible. It goes on even during the team selection, where Sukumari openly tries to sabotage her chances. They don’t look like players – who should care for team interest – but gangsters trying to protect their cartel.

The villainisation of Sukumari goes on for so long that she qualifies as a legit ‘monster’ in a superhero film. The Women’s Cricket Board head calls her in London, apprising her of Sampath’s death, telling her to not inform Mithali before her debut. But Sukumari of course does, while handing her the cap. All of this for no good reason.

It’s a simple principle – so simple that even Bollywood biopic makers should get it – that for someone to be ‘Good’, the others don’t necessarily need to be ‘Evil’. In fact, such an approach contradicts the movie’s own aim – inspiring young Indian girls to become cricketers – as it prioritises a player over a team. The subliminal message seems to be this: look after yourself, because others (especially your own team members) are out to get you. Such mindset has marred the men’s team as well where individuals are deified so much, whether it’s Tendulkar or Kohli, that the team seems like an afterthought – no wonder reams of praise have been showered on them, called them shining exemplars of a recently liberalised country and “New India”.

When Shabaash Mithu focusses on the team, it moves from individual to collective victimisation. It’s of course true that Indian women’s team has been sidelined for long, but the movie relays this message through several tacky scenes. The chief of the CIA (a stand-in for the BCCI), for example, humiliates Mithali, and her entire team, in such a vicious and petty fashion that it mirrors a school principal’s reprimand. Such scenes recur, where the men’s team is propped up and the women derided. Would this have happened in real life? Maybe. But that’s not the main problem; it’s that, due to their simplistic nature, they don’t feel real.

Mukerji also confuses good achievements with a good story. Much of the film feels like a highlights reel of Mithali’s career: a century here, a century there, a tournament win, her ease with spin. But almost anything else that makes for a compelling drama – such as slow escalation of tension, a considered accumulation of details, the evolving of character – are absent from Shabaash Mithu. More than once, I wondered in its second half, “Where is this going?” 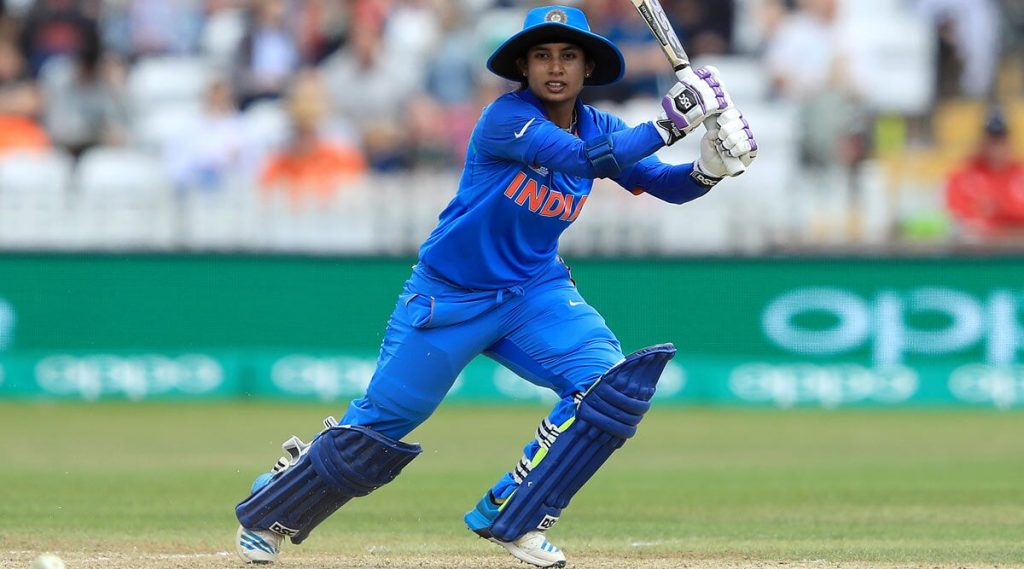 Yet there is a paradox here because many scenes zip so often that you are flummoxed. Mithali’s career, for instance, spanned more than two decades, but in the movie, it feels like a few seasons. Tournaments appear and disappear, with minimal context (except for the climactic 2017 World Cup): one moment, she’s playing a one-day match against England – then red ball cricket – then another one-day match against Sri Lanka, and so on. We’ve absolutely no idea about the year, or the overall context of Indian or global women’s cricket.

It keeps getting worse. One moment, Mithali is fighting with the CIA chief for her team’s dignity, and the next, she’s quit cricket, even wanting to get married. Sukumari, similarly, leaves the team and becomes a coach so quickly that you feel like you’re watching two different movies. Shabaash Mithu doesn’t just lack sincere and committed storytelling, it exemplifies patchwork filmmaking and a disinterested ‘director-for-hire’ approach. Trying to depict team bonding, it turns to a painful cliché: a few players, including Mithali, gazing at the stars. And then one of them says – don’t start to yawn yet – “Sapnein woh hain jo neendein uda dein” [dreams don’t let you sleep]. Attributed to A.P.J. Abdul Kalam, it’s not even an original line.

But the film’s most shameful moment comes when its ‘empathetic’ and commercial interests collide. Miffed by the CIA chief’s condescending response to the women team’s lack of sponsors, Mithali and other players start removing their oversized jerseys (sent to them by the CIA containing the male cricketers’ names) to reveal their real jerseys, in essence, their true identities. Here’s the thing though: their actual jerseys do have the name of a sponsor – a brand plug that recurs throughout – Wonder Cement, right down to its tagline: “Ek perfect shuruat”. I wanted to clap. In the morally, aesthetically, and financially compromised landscape of Bollywood, wonders truly never cease.