The film retains a darkly comic tone, even though the final outcome looks rushed and too neat. 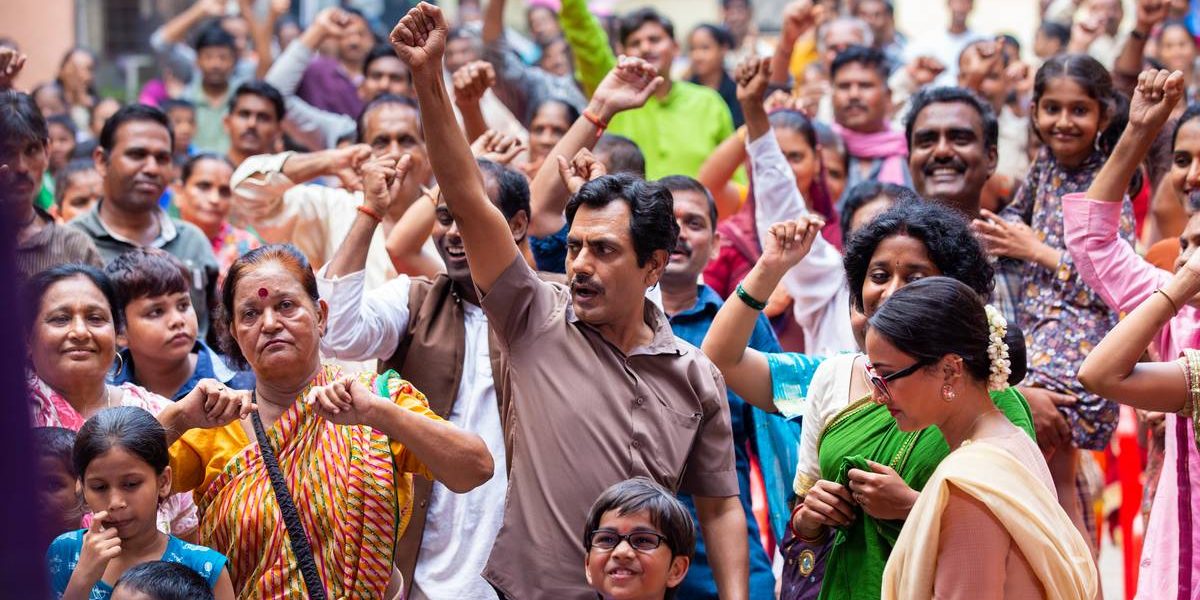 Ayyan Mani (Nawazuddin Siddiqui), a clerk at a premier research institute, has the ringside view of an elite Indian circus. Its chief participants, Brahmins — beneficiaries of the country’s caste divide — irk Ayyan, a Dalit. Every day at work feels like a brutal history lesson, a reminder of social and economic hierarchy — the equivalent of a band-aid abandoning fresh wounds.

His boss, Arvind (Nassar), is researching the possibility of alien microbes in Earth’s stratosphere. The irony of the entire enterprise — of infinitesimal aliens acquiring more significance than many microbe-like humans — fills Ayyan with rage. But he has learnt from the best; like his sophisticated masters, he hardly gets angry. Because a 3,000-year-old rigged system, dancing to the tune of ancient myths, can’t be upended by anger. That fight needs a secret life and a solid weapon. Ayyan has both: aspiration and resentment.

Sudhir Mishra’s latest, Serious Men, an adaptation of Manu Joseph’s debut novel, is centred on two scams. The first — perpetuated by people like Arvind — is self-mythologising and self-congratulatory: the illusion of meritocracy, the willful ignorance of historical inequity, the deception of faux compassion, the exclusion via coded communication. Unlike a joint entrance test, this exam can feel endless and random to an outsider; there are no rules and no syllabus.

But Ayyan knows that no structure can survive without a scripture, and he has mastered the fine print. Yet the divide is so huge, bordering on ridiculous, that Ayyan is never not amused: of serious men hiding behind laptops, elevating absurd work to monumental importance; relying on English to relay authority, poise, and ‘Beautiful Feelings’; broadcasting their narcissism without a smidgen of self-awareness, managing to name even the smallest, mundane things (a longish conversation between a husband and wife, for instance, becomes “Quality Time”).

Ayyan has taken the philosophy of “if you can’t beat them, join them” a step further. He intends to first join and then beat them. He knows that this is a game of deception and confidence — and he channelises that realisation to its most logical conclusion. He talks in enough English to negotiate sticky situations; he guilt-trips the lackeys of the system to win a conversation; he declares, fibs, and fabricates with smooth confidence. At one point, he literally repeats Arvind’s line (“if you could do it, you’d be me”). And then one day, Ayyan finds a perfect ally, one used by countless upper-caste men to further their ambition, to regain control, to take revenge: He becomes a father.

That boy, Adi (Aakshath Das), is Ayyan’s answer to the Institute — and the country’s many invisible barriers. Less of a child and more of a lab experiment, a mediocre student, Adi, is trained by his father to look like a child prodigy. Modelled after Tathagat Avatar Tulsi in the novel, Adi was the most riveting part of the book — and so is the case with the film, too. The rules of the game, as explained by Ayyan, are pretty simple: drop big words, float random scientific facts, talk in English, own the room, and use arrogance to bail yourself out. It’s not too surprising that Adi, a modern-day response to an old scam, says, “I can’t deal with primitive minds” whenever he’s cornered.

The film opens to Ayyan’s acerbic voiceover and maintains a darkly comic tone. Siddiqui, usually known for playing characters erupting with anger, softens his forte here. His Ayyan — an unlit cracker oscillating between water and flame — is always on the edge. But the film becomes even more lively and unpredictable when Das, the film’s best performer, enters the picture. His interactions with teachers and politicians, where he flummoxes them with preternatural intellect, materialise with memorable humour and a sobering takeaway: that true success in India, irrespective of profession, only comes to good actors.

Also read: Halahal: A Death in Ghaziabad and a Search for Elusive Truths

Serious Men is also about the naïve, gullible media hungry for ‘success stories’ — a sign of promise in a country that, despite periodic predictions of shining future, lives in waves of hope. This optimism is all the more significant (and self-serving) because Adi, a Dalit boy, will allow the country’s elites to parrot their patented paternalistic lines: that “caste is a thing of the past”, that every Indian has an equal chance at success, that merit must not be compromised — and brute merit is anyway never ignored. Serious Men, seeing through such phonies with impressive clarity, busts those myths with discomfiting humour. In one scene, a photographer snaps Adi standing behind the window grills holding a blackboard that reads, “100%, pure Dalit.”

The drama is a bleak, cynical look at a lopsided power structure. It’s not interested in misguided hope or simplistic solutions — so much so that you’d be strained to find scenes marked by pathos. In fact, when Adi does show some compassion, and allows himself to be vulnerable, that almost exposes his fraud. The message, known to Ayyan but not Adi, is clear: if you drop your guard even for a second, they’ll eat you. The film knows that the pursuit of uncompromising truth is often uncomfortable, and it’s not interested in the business of simpleton allies.

It’s also a largely accomplished adaptation. It erases a few subplots of the novel to tell a focused story. The movie is much gentler than its source material; it ignores the book’s overlong, petulant sexism — which soon gets repetitive — and concentrates on its strengths.

But this arrow-like approach also makes the drama too neat, too assembly-line, for its own good. Some transitions as a result — especially Ayyan’s crafty manoeuvres to help his son and Adi’s rise to stardom — feel rushed and unconvincing. Adi’s meltdown, too, lacks build-up and context; in such portions, you long for the novel’s leisurely pace and subtle, credible plot turns. Some discordance, though, is embedded into the very process of this adaptation that attempts a negotiation between literary and commercial fiction.

That uncomfortable marriage of form is inadvertently echoed by a tiered story whose principal character, Ayyan, keeps shuttling between the two worlds. One that rejects him, and the other that he rejects. The final scene then, on a vast desolate beach, feels like a fitting finale: an abandoned child of a callous country now truly on his own — free from false institutional promise, liberated to find his own insanity.