'Section 375' Review: Another Bollywood Movie That Upholds the Status Quo

As Ajay Bahl's film is unraveling its plot, it is also (inadvertently) revealing itself. 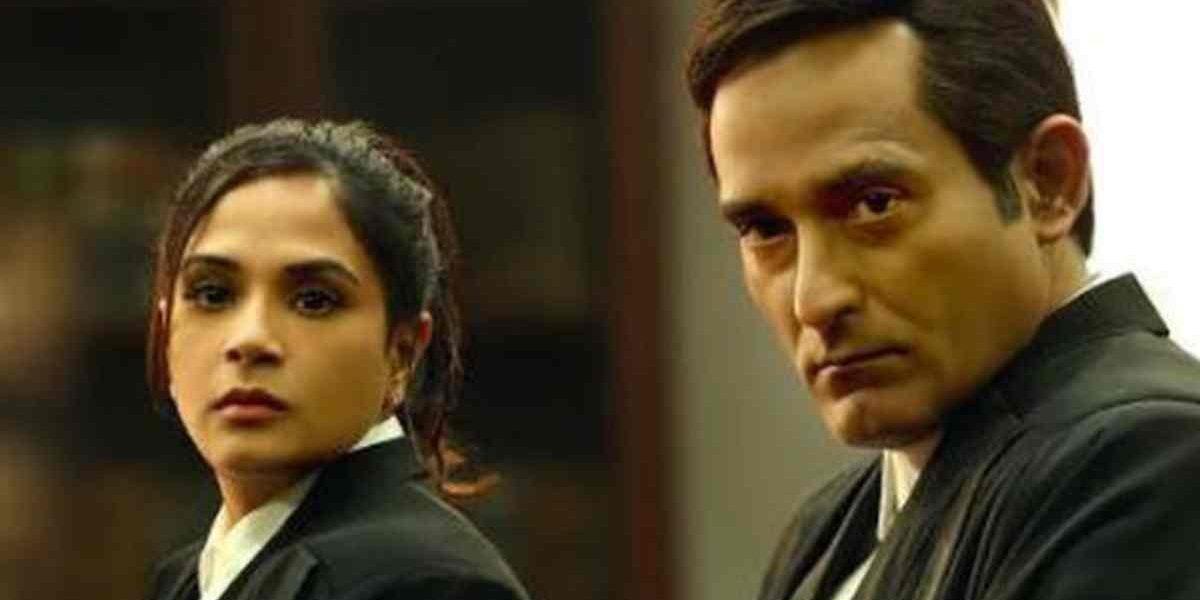 Most films hinge on a central conflict, but in Section 375, directed by Ajay Bahl, the conflict is the story.

In no time, we’re in a courtroom. The plaintiff is a junior costume designer, Anjali Damle (Meera Chopra), the defendant filmmaker Rohan Khurana (Rahul Bhat). The accusation? Rape.

According to Anjali, she went to Rohan’s house for a work-related meeting, where he first assaulted and then raped her. Anjali’s lawyer is Hiral Gandhi (Richa Chadha), a fiery, idealistic woman who is fighting her first big case. Rohan is represented by Tarun Saluja (Akshaye Khanna), a celebrated high court advocate, who has a reputation for taking high-profile cases that pay for his pro bono work.

But these facts don’t tell us a lot. It’s a he-said-she-said scenario – Anjali accuses, Rohan denies, and obviously no one else was present. Even the cast is cleverly picked: Chopra and Bhat mostly play positive characters, ditto Chadha and Khanna. That said, though, this is a courtroom drama, with shades of a thriller, which will eventually pronounce a judgement. That sense of anticipation is constant, and hence you, as a viewer, are simultaneously watching the movie and trying to ‘solve’ the case. It’s a disorienting yet thrilling experience.

Bahl – whose last movie, BA Pass (also his debut), was a haunting little indie that was only tainted by its escapist climax – gives you, even this time, ample evidence to trust his conviction. Section 375 doesn’t demonise or deify Anjali or Rohan; it is similarly tight-lipped about Tarun and Hiral.

Also read | Movie Review: ‘Batla House’ Tries to be Neutral, But Inevitably Leans to One Side

There are scenes that demonstrate Bahl’s attention to detail. Before Rahul is arrested on the film set, his wife, Kainaz (Shriswara), is explaining the movie’s title’s typeface to her assistant – something to do with “feminine imagery”, she says, which also symbolises “caged”. Before Anjali is grilled at the police station, the cop asks her, “Consent hai?” She looks up alarmed (so do we) only to find out that the query was in reference to her being questioned. And right after, the police officer interrogates her in harrowing detail; she looks traumatised, the film empathises with her pain. Elsewhere, Section 375 references trigger warnings, the traumas of recounting sexual abuse – crucial sensitivities that escape most Bollywood films. Soon, Tarun’s wife (Sandhya Mridul) tells him, while serving him food, that, “It’s the wife I feel bad for” and adds “it’s not correct to defend him [Rohan] in these times”.

Section 375 keeps you hooked through its form as well. The cinematography (by Sudhir K. Chaudhary) is dynamic – the camera frequently sweeps the air to frame its subjects from close – and sustains tension. The background score – informed by rising, dramatic beats – mimics the scenes’ rhythm: nothing pathbreaking but sufficiently competent.

Khanna, as the quick-witted, cut-throat lawyer, is consistently intriguing; it’s a role that he can sleepwalk through (and yet his portrayal doesn’t seem like a rehash). Chadha is largely unimpressive though, especially (and ironically) in scenes where she’s arguing hard for her client. But it’s the side characters who stand out – especially Kishore Kadam, playing Justice Mudgaonkar, who brings to his diction a wonderful blend of colloquial Marathi and Hindi, imbuing his role with unexpected casual humour and constant low-key annoyance that is immensely identifiable.

At the same time though, as the film is unraveling its plot, it is also (inadvertently) revealing itself. The plaintiff and her counsel are women, the defendants men. In an early scene, a protesting woman outside the court throws black ink on Tarun’s face (cue: ‘hysterical feminist’). The online public reaction to this case is extreme – the film, more than once, fills the screen with incriminating hashtags such as “#hangtherapist” – and looks unfair. Mridul’s character is a staunch feminist and, perhaps why, a ‘sniping’-type.

You know that old rule in the book (something so commonly deployed by Bollywood filmmakers that I’ve mentioned it more than once): make your ‘opponent’ so inane (so callous) that your hero becomes virtuous by default? What could have been just plot details now reek of an agenda, a case of reverse engineering a story to suit a misguided belief. Which is why it’s not surprising that the final reveal feels unconvincing; unlike the rest of the movie, it is not a result of legal or police investigation, but is simply told to us.

In an ideal, ‘amoral’ world, this wouldn’t have been a cause for concern. This world, however, is anything but that, and cinema – an art-form potentially transmuting into a mirror – can either confront the status quo or uphold it. Mainstream Bollywood has historically chosen the latter – so does Section 375 – and, in the process, shown a very small slice of life, cleverly packaging anomaly as norm. These depictions, of course, lie on a spectrum but, as evidenced by its climax, Section 375 has little respect for nuance or real-life reverberations.

It shuts itself up in a sound-proof room and calls the entire world deaf.