'Scam 1992': Bulls, Bears and the Shadow World of High Finance

The series offers a rounded view of Harshad Mehta and a system that allowed his rise. 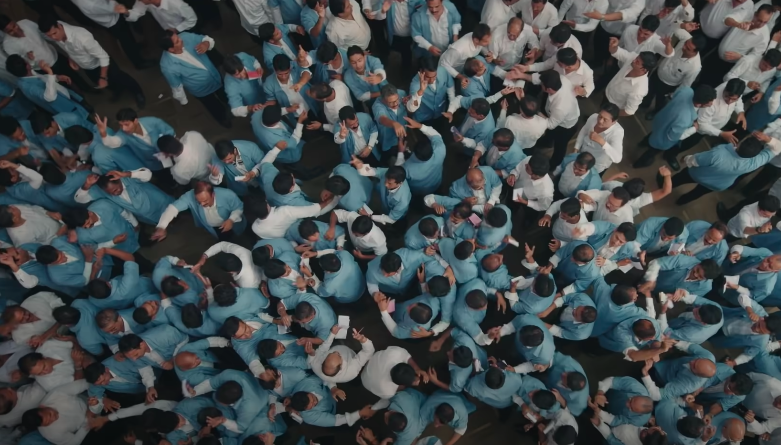 Harshad Mehta (Pratik Gandhi), the protagonist of the web series Scam 1992, often breaks into a smile mid-conversation. It’s a wry, sad smile — a smile that sees it all, a smile that knows it all. It doesn’t function as a conversational lubricant as much as a flattening multiplier: it reduces everything to a naught.

The new SonyLiv series, directed by Jai and Hansal Mehta, chronicles the rise and roar, the slip and fall, of the “Bachchan of BSE [Bombay Stock Exchange]”.

It’s about a bull who ran so hard that he tired the ground, rendering the racecourse inadequate but trampling on everything along the way. A material like this — based on a true story spanning two decades, marked by rags and riches, ambition and corruption — is inherently dramatic.

Based on Sucheta Dalal and Debashis Basu’s book, The Scam (1993), the series opens to the Times of India journalist receiving a tip-off by a State Bank of India employee implicating Harshad in a Rs 500 crore financial fraud. It then cuts to 1979, when Harshad, living with his family in a Ghatkopar chawl, was a nobody itching to be somebody.

Scam 1992, stretching for 10 hour-long episodes, is exhaustive and dense. Such a scope allows the makers to be ambitious and carefree, liberating them from the traditional narrative constraints. They can pause and zoom, extrapolate and elaborate — they can own this story, make it three-dimensional, and give it a three-sixty-degree spin.

Which is how this show unfolds. Scam 1992 isn’t just about Harshad-the stockbroker, the scamster, the man we know via newspapers and newsreels — here he is much more than his public persona: a son, a brother, a husband, an ambitious jobber and a ruthless broker, a cunning middle-man and a vengeful outsider. He resists simplification, mocks resolutions — a man of infinite hunger, he frequents one buffet after the other but still craves a wholesome meal.

Any rags-to-riches tale is lit by cinematic appeal, for it has a natural three-act structure. Propelled by an equalising force, it also feels morally satisfying: an outsider colliding with the system, squashing the odds, taking his due. But in a piece centred on a rogue, like Scam 1992, our exuberance is replaced by ambivalence, as the hero becomes an eventual embodiment of his nemesis — a contradictory story that coils like a snake about to bite itself.

But the Scam 1992 makers know that such a monumental rise, even though built on manipulation and deceit, has an element of vicarious thrill — and deviant delight. Martin Scorsese played our latent desires like a masterful pianist in The Wolf of Wall Street (2013); Scam 1992 is similarly committed. Introducing Harshad as an underdog — an archetypal ‘hero’ — the show makes us an ally, depicting his modest beginnings and towering aspirations. We have good reasons to be on his side, because we see the established players: the steamrolling Bears, the condescending brokers, the arrogant businessmen. 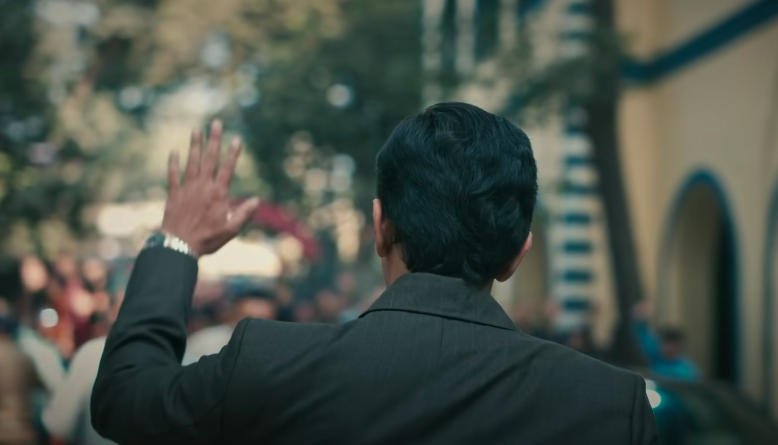 The makers document Harshad’s rise with smooth finesse — him transitioning from a jobber to a broker to a consulting firm owner, then leaping from the stock exchange to the money market, dealing with foreign banks and state financial institutions, discarding the aquarium for the ocean, where Harshad swims like a shark.

Characterised by rapid rise and ravenous pursuits, Harshad’s story demands unceasing momentum and velocity. The show complements its anti-hero with appropriate verbal and visual lexicon. Its dialogues for instance, by Vaibhav Vishal and Karan Vyas, zip with cheeky wordplay and memorable lyricism — proverbs sting, metaphors fly, words rhyme (chinta and chita, risk and ishq, khelna and pelna — and on and on). The repartees are suffused with colloquial Gujarati, making regular conversations ring authentic and intimate. The cinematography (by Pratham Mehta) is busy and inventive, constantly elevating the material. Some shots are surprisingly sublime, slowing a charged scene, turning it atmospheric and poetic.

Scam 1992, however, isn’t just about Harshad. Amid the scum and scam lies an endearing story of two journalists — Sucheta (Shreya Dhanwanthary) and Debashis (Faisal Rashid) — wanting to do the right thing. This subplot, in sharp contrast to the stockbroker’s life, recognises everyday strife and beauty: chasing sources, convincing editors, fighting deadlines, connecting dots, cross-checking facts, falling in love — all accompanied by chai and cigarettes, cynicism and banter, the only possessions of young journalists.

Navigating the murky financial world, Scam 1992 faces a significant roadblock: simplifying the jargons yet staying true to its core and not sacrificing nuance. That is its most significant failing. Which is strange, because the show, filled with arcane financial concepts, seems consistently credible, but it could have slowed down for the general audience — a puzzling flaw in a piece not pressed for time.

Also read: India’s Big Bad Billionaires Are United in Their Arrogance, Entitlement and Disdain for Laws

The voiceover, by Dhanwanthary’s Sucheta, is inconsistent — it does the narrative heavy lifting when the series needs a show-don’t-tell approach and remains conspicuously absent when it craves a (literal) guiding voice.

Despite some sporadic flaws, Scam 1992 is exceptionally compelling — that too in a world centred on dry deals and numbers. The writing is exquisite. Screenwriters Sumit Purohit and Saurav Dey know the fine art of a good story: the alchemical combination of characters, voice, viewpoints, tonal variation, exhaustive research, memorable details, monumental themes — the kind of stuff that would make Michael Lewis, the famed financial journalist, applaud. Filmmaker Mehta also moderates his on-the-nose moralism and never overstates the obvious.

This is clear-eyed confident filmmaking that gives everyone their due — including Harshad, especially Harshad. That choice makes the series complex, entertaining, humane, making the audiences not judges but confidants, draping the anti-hero in all shades of white, black, and grey. But the most impressive part about the series is its ingenious structure. Most rags-to-riches-to-disgraced stories follow a conventional template, detailing the protagonist’s origin, success, and fall. Scam 1992 plays that game till the sixth episode, when Sucheta breaks the first story on the fraud, and then does something remarkable: it slows down and pursues new conflicts, stories, and characters. The series then circles around institutional complicity, political corruption, and a relentless investigation — even giving Harshad a chance to relay his side of the story. Scam 1992 doesn’t fold even after Harshad is jailed and shunned, doggedly pursuing its true expanse. The end result then resembles a sweeping epic that is a thorough depiction and dissection of a particular industry and a few individuals.

The actors give those people remarkable depth and humanity. Gandhi, a noted theatre performer, leads the pack like a veteran. His Harshad is a layered, consistent portrayal, marked by gradual and credible transformation. Cocksure and conceited, Harshad maintains his calm and humour almost throughout the series — even when the walls start to close in — and Gandhi gives nothing away. It’s only from the eighth episode onwards that he shows a wrinkle of worry (he raises his voice, he snaps, he slaps), and we understand that something is off — the acting here is so masterful that it tells its own story.

The supporting cast lends him full support: whether it’s Harshad’s brother, Ashwin (Hemant Kher), the stockbroker’s soul and voice of reason; or the company’s first employee, Bhushan (Chirag Vohra), who, cruelly ignored, remained a lifelong clerk. The actors on the other end, Harshad’s opponents, are as skilful: Dhanwanthary and Rashid share charming chemistry; Shadaab Khan, playing the suave and “pedigreed” money market shark, adds a new dimension to the series; and Rajat Kapoor, as the CBI investigative officer, “Bofors” Madhavan, is a pulp fiction delight: bursting with fire, fury, and vulgar insults. He appears as late as in the eighth episode, and doesn’t stick around for long, but he’s such a brilliant meld of writing and performance that he merits his own series.

Scam 1992 is an epic tragedy. It’s a story of a fleeting flight and a lasting thud — a crash that is personal, financial, moral. It’s about an ecosystem of corruption, where integrity is an anomaly. It’s about false invincibility. It’s about being found out and a noble triumph — a bright day bringing karmic distribution of justice.