In conversation with S Durga filmmaker Sanal Kumar Sasidharan about his latest movie, politics and his time as an ABVP worker. 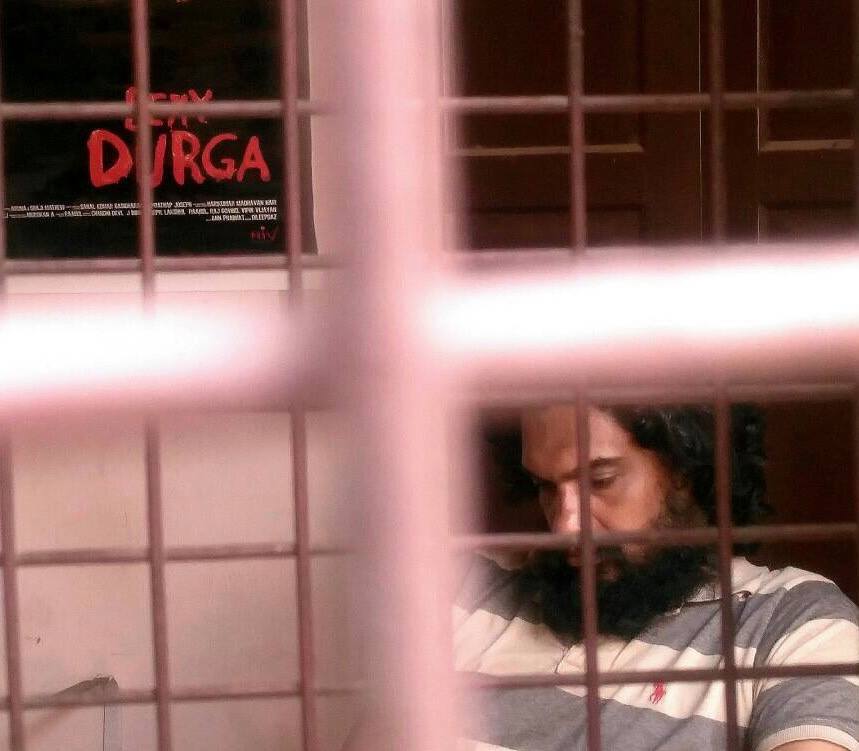 Sanal Kumar Sasidharan, the 40-year-old Malayalam filmmaker is no Marxist, nor does he have any ‘jihadi’ connection. He had been the unit secretary of the Akhil Bharatiya Vidyarthi Parishad (ABVP), the BJP’s student wing, while a student at the Government Law College in Trivandrum. Even though he parted ways with the organisation over political differences, and now believes that the BJP’s rule at the Centre is nothing but authoritarian and fascist in nature, Sasidharan did not hesitate to support the idea of demonetisation. He had his reasons for it, like he has for making the film S Durga, which was ‘Sexy’ till the Central Board of Film Certification (CBFC) struck off three letters.

The CBFC was the first to train its gun on the film, issuing a U/A certificate, with 21 audio mutes and a change in name from Sexy Durga to S Durga. Finally the information and broadcasting ministry removed the movie – which has already bagged nine international awards including the Hivos Tiger Award at Rotterdam – from the screening list of the International Film Festival of India (IFFI), along with Ravi Jadhav’s Marathi film Nude, setting aside recommendations by a 13-member jury. S Durga is Sasidharan’s third feature film following Oralpokkam (‘Six Feet High’) and Ozhivudivasathe Kali (‘An Off-day’s Game’).

Sasidharan, in an interview to The Wire, said that it is the fascist mindset of our politicians that prevents them from watching a film before judging it.

Your new film S Durga, which has already won a handful of international awards in respected festivals, is repeatedly running into trouble with the authorities. What do you think the reason could be?

This is how right-wing politics works. They need not even watch a work of art to put a ban on it. Prejudice is a part of their politics. It is the same kind of judgment they always have against the other. You could be thrashed or killed simply for growing a beard, no matter who you are or what you do. They would not even bother asking before attacking you. This is quintessential fascism, isn’t it?

How do you feel when your work is rejected for no reason and you are kept in the dark? What are you going to do as the next step?

I actually feel angry when I see sad smileys under the news feeds about the dropping of my film. I am not feeling sad or disappointed, nor do I have any regret. I am angry and I will intensify what I did to provoke these people. I am not going to let them go easily. I want to know why my film was removed from the list. I have filed a writ petition before the Kerala high court against this unprecedented, illogical and unconstitutional action taken by the I&B ministry. We can’t sit idle when fascism is approaching us steadily. It may not eat us straight away, but it will feed us enough for us to grow fat – so that it can eat us later, softly.

What is your contention in the court? Do you think your arguments would hold up?

The I&B ministry has arbitrarily intruded into a jury’s decision by an unprecedented action to remove two films from the Indian Panorama section of the festival. This has never ever happened in the history of the festival till date. The jury members including the chairman have come out openly against this injustice; the chairman has even tendered his resignation. They might not come on record or testify in person but we can submit the media reports in court and I am hopeful of a favourable verdict. I think there is a strong case against the ministry. The minister (Smriti Irani) has misused the constitutional powers vested in her.

We have seen Marathi filmmakers rallying behind Ravi Jadhav and his film Nude. What is the reaction of the Malayalam film fraternity?

It is indeed disappointing that not many voices of protest came up when S Durga was dropped from the Indian Panorama. You may recall that the regional media usually make a big hullabaloo whenever Malayalam films are ignored in the panorama section. This time, only one film from Malayalam made the cut, yet they chose to remain silent. Some filmmakers have issued a statement protesting the move, so far so good, but it took five long days for them to come up with such a statement. I do not expect super stars like Mohanlal and Mammootty to support my cause, but I did bank on ‘art house’ filmmakers and they have failed me.

You withdrew your film from the International Film Festival of Kerala (IFFK). What made you resort to such an extreme step?

We are protesting against the oppression of the Kerala State Chalachithra Academy and IFFK towards the film. Despite winning many international awards and recognition, the film didn’t make it to the competition section of the IFFK, nor were they ready to give the film its due. I think it was part of a conspiracy to undermine the achievements of this small film made on a shoe-string budget. We are planning to organise a parallel festival, Kazhcha Indie Film Fest (KIFF), to protest the IFFK’s ignorance towards the growing indie film movement in India. We need spaces to challenge the system, which has been ruined by powerful people and vicious politics.

What is your take on the Central government as a concerned political being and an independent filmmaker?

This government is ruthlessly capturing all the spaces of artists in an autocratic manner. It supports the extremist groups which are disrupting artistic freedom and freedom of expression citing stupid reasons. It is imposing its regressive ideas on culture and education. It is even trying to hijack the growth of science and research in this country by bringing stories from the epics as facts. But see what is happening around. See what the opposition of this country is doing. It has not even heard or read about what is going on. The opposition parties are actually to be blamed for letting this government go without accountability and ignoring the rules and principles.

You were a vocal supporter of demonetisation, Why did you rally behind Prime Minister Narendra Modi on this issue?

Supporting the demonetisation drive was an instantaneous response on my part. I still think the idea of demonetisation was good. Had it been implemented without flaws it could have delivered good for the country, but unfortunately it did not happen. The implementation of demonetisation caused trouble for the ordinary people. All government programmes are Janus-faced, they always have hidden agendas with them. A section of the Left has branded me as ‘sanghi’ because of this. They always do this, ‘othering’ the dissenting voices. They are primarily partisan and that is why they keep away from me and my films. I am neither Left nor Right, I have no space in either of these ends, I stand in a space of my own.

You were an ABVP worker during your student days. Why did you bid adieu to that ideology, or haven’t you?

I come from a Hindu religious background. My father was associated with the Hindu Munnani. I used to recite whole verses from the Sunderkanda of the Ramayana by heart in my early childhood, which had won me many accolades. I used to frequent an RSS shakha, and this background led me into student politics. In college, the Students Federation of India (SFI) was dominant. I became active in the ABVP to protest the arrogant attitude of the SFI towards other organisations. I was the secretary of the ABVP unit there. Towards the fag end of my student days, political differences emerged between me and the organisation. They always wanted a foe to fight. Often Pakistan was their imaginary enemy and everyone in the organisation wanted to thrash them (interestingly, even the SFI guys wanted to ‘teach Pakistan a lesson’). The political differences started to proliferate and it eventually resulted in my exit from the ABVP and its ideology. My wife had also been active with the Vidyarthi Parishad, now she also is not a part of it.

Finally, what is S Durgaall about?

It has nothing to do with sex, sexiness or the goddess Durga. The coinage was aimed to provide some artistic meaning to the title by the combining of two seemingly contrasting words or ideas. The film puts the spotlight on a couple, Kabeer and Durga, who are running away in the night. The situations and people they encounter make the movie. It deals with the intrinsic politics of the man-woman relationship, patriarchy and power.