The narrative of Indian film censorship is slowly changing. It is no longer just for big releases, but also indies, documentaries and shorts, and the film festivals that screen them. 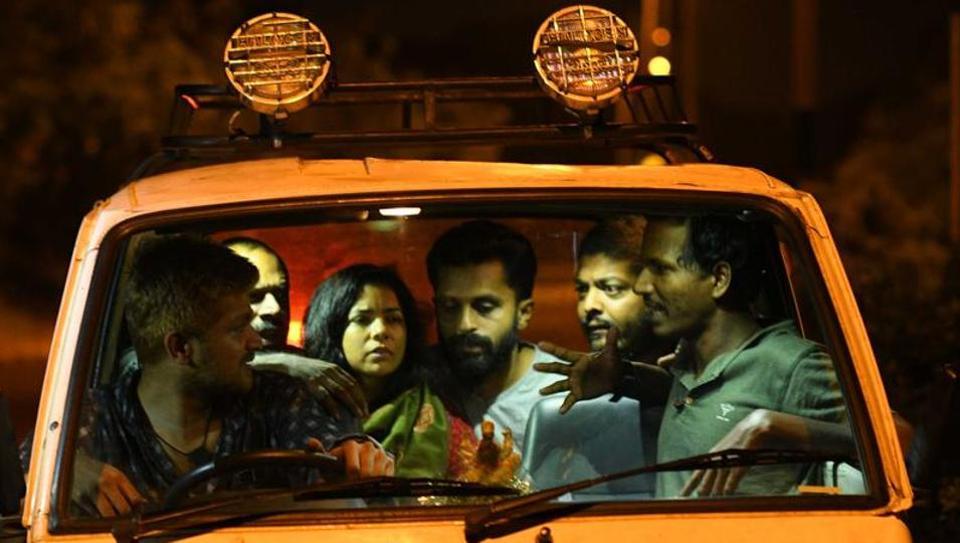 On June 19, 2017, Kerala State Chalachithra Academy filed a writ petition against the Ministry of Information and Broadcasting, which had denied censor exemption to three documentaries selected for the Academy’s short film festival. The Unbearable Being of Lightness explores the aftermath of Rohith Vemula’s suicide. March March March documents the February 2016 student protests at Jawaharlal Nehru University (JNU). In the Shade of Fallen Chinar sees the valley through the viewpoints of young Kashmiri artists. The ministry’s reasons – that the first two documentaries could “adversely affect law and order” and the third could be “exploited by anti-national elements” – didn’t convince the filmmakers and the festival organisers. They challenged the order.

Making and exhibiting films are part of a filmmaker’s fundamental right to freedom of expression guaranteed by Article 19 (1) (a) of the constitution, and they can be restricted only through the provisions in Article 19 (2). The ministry had denied censor exemption to the documentaries by invoking Section 9 of the Cinematograph Act, which permits the ministry the “power to exempt”, if a film impinges on the “security or integrity of the country”, “relations with other countries” or “law and order”.

Section 9’s guidelines look like a condensed version of Article 19 (2). But they differ in one key aspect: Article 19 (2) mentions “public order”, Section 9 “law and order”.

“‘Public order’, as settled by the various decisions of the Apex Court, has a larger connotation than ‘law and order’,” said the Kerala high court judgment on November 15. “A mere disturbance of law and order leading to disorder is not one that affects public order.” The judgment emphasised that the fundamental rights couldn’t be curtailed because their exercise would “disturb law and order”.

As a result, the court ruled that the provision in Section 9’s guidelines – which allowed the central government to decline censor exemption “on the ground that the film would disturb law and order” – was “unconstitutional”. It also said that the freedom of expression couldn’t be suppressed on account of “threat of demonstration and processions or threats of violence”, and that the state couldn’t “plead its inability to handle the hostile audience”.

Two out of three decisions went in favour of Kerala State Chalachithra Academy, with the high court upholding the ministry’s order on In the Shade of Fallen Chinar. The judgment, freeing the Vemula and JNU documentaries, raised a vital question: is one of the guidelines in Section 9 unconstitutional? If it is, then the ministry cannot deny censor exemption for the reasons of “law and order”.

As it did, twice, in the case of Sanal Kumar Sasidharan’s Sexy Durga.

In April 2017, the Mumbai Film Festival (MAMI) requested censor exemption for Sexy Durga for screening it in the year-round programme. The ministry declined, stating that the film could “affect law and order” as it hurt “religious sentiments”. In September, the MAMI officials applied again, this time for screening the film at the festival. The ministry declined again, for the same reason.

Left with no other option, Sasidharan applied for a censor certificate. The CBFC asked for 21 audio cuts and a change of title (from Sexy Durga to S Durga). He complied. On October 10, two days before MAMI, S Durga received a U/A certificate. The film had three shows at the festival and won the special jury mention. There were no protests or violence.

By then, the jury members of International Film Festival of India (IFFI), conducted jointly by the I&B ministry and the National Film Development Corporation (NFDC), had selected Sasidharan’s film to play in the festival’s Indian Panorama section. On November 9, the ministry released the list of films playing in Indian Panorama. Two of them had been dropped without informing the jury: Sexy Durga and the Marathi drama Nude. Indian Panorama’s chairperson, Sujoy Ghosh, resigned in protest. Two other jury members, Apurva Asrani and Gyan Correa, followed suit.

The ministry’s decision left jury members baffled. “Even when we had submitted our list, we had very clearly, in no uncertain terms, told them that if you change anything, please get back to us,” said an Indian Panorama jury member, asking not to be named. Clause 8(5) of the Indian Panorama regulations states, “The decision of the juries shall be final and binding and no appeal or correspondence regarding their decision shall be entertained.”

The regulations’ last section says that in the case of dispute between the producer and the Directorate of Film Festivals (IFFI’s organiser before the NFDC), the ministry’s decision would be final and binding. However, that clause would not apply to the jury whose decision would be “final and binding” on the “Directorate of Film Festivals and the applicant for Indian Panorama”. But what happens when the jury disagrees with the ministry?

Sasidharan moved the Kerala high court against the ministry’s decision. The ministry contended that it dropped Sexy Durga because the jury had seen an uncertified version. But Sasidharan’s film now had a U/A certificate, and he wanted to screen that at the festival. The court judgment said that, “When even the uncertified version was found to be worthy by the jury, there can be no objection raised as to the certified version being screened.” On November 21, the Kerala high court directed the I&B ministry and the Directorate of Film Festivals to screen S Durga at IFFI.

A still from S Durga.

Three days later, the central government asked for a stay order on the decision, stating that S Durga’s screening would likely disturb the arrangements of 48th IFFI. The Kerala high court declined the appeal. “The government didn’t inform the jury till 26th afternoon – two days after the court judgment,” said the jury member. “We were finally told that the film would be screened for us on 27th evening.”

Two hours before the screening, the jury found out about the inclusion of three new members: filmmaker Vivek Agnihotri, actor Satish Kaushik and journalist Sudhir Chaudhary. Agnihotri and Chaudhary are passionate supporters of the ruling party. Further, in the absence of Ghosh, Rahul Rawail – an Indian Panorama juror who, according to the jury member, “was unofficially consulted while dropping Sexy Durga and Nude” – had been made the acting chairperson.

The new jury saw the film. Seven members approved of it; the acting chairperson and three new members did not. Before the controversy, a majority rule prevailed while selecting films for Indian Panorama. The 7:4 votes should have settled the S Durga debate. But this time, the jury created two documents: one recommending the film, the other expressing reservations.

The next day, CBFC Thiruvananthapuram, which had originally certified the movie, sent a letter to the producer of S Durga stating that the board had “received complaints from the IFFI jury at Goa over the title of the film”. But the assertion “IFFI jury” was misleading.

“It means the whole jury, which is not true,” the jury member told The Wire. “It is only four members” – three of them inducted at the last moment. The CBFC letter said, “The film on the title card is shown by the filmmaker as S### Durga (where the # means rectangular white boxes) has totally different implications and are effectively undermining and attempting to defeat the very basis of the title registration and changes effected thereby.” The CBFC said the makers couldn’t screen the film until the board had reexamined it. S Durga didn’t play in IFFI.

But what happened between October 10 (when the film was given a U/A certificate with the change of title) and November 28 (when its changed title was suddenly found objectionable)? Why did the CBFC not object to “S” being interpreted as “S### (S followed by three white rectangles)” before certifying the film, three days before it played at MAMI? For 49 days, the CBFC had no problems with the film’s three public screenings carrying the same title. “At that time we had not received complaints from anybody,” said A. Pratibha, regional officer, CBFC Thiruvananthapuram. But how did the complaints of four jury members (out of 12) make the CBFC reconsider its decision – to the effect that it wanted to reexamine the entire film, effectively stalling its screening at IFFI? “I can’t reveal that,” she said. “We acted based on the complaints.”

The narrative of Indian film censorship is slowly changing. It is no longer just for big releases, but also indies, documentaries and shorts, and the film festivals that screen them. This year alone, the ministry has denied censor exemption to films playing at three festivals: International Documentary and Short Film Festival of Kerala, MAMI and IFFI. Festivals, until now havens for challenging, alternative and provocative cinema, are under threat.

This is less about the CBFC than about the I&B ministry dictating to it. It makes guidelines for denying censor exemption and certification. It controls the arbitration of films in Indian Panorama. It appoints members in the Film Certification Appellate Tribunal. Over the last year, six films (including Ka Bodyscapes and Muhammed) have been denied censor exemption.

The Unbearable Being of Lightness and March March March will need censor exemption to screen at another Indian film festival. The ministry cannot deny it on the grounds of “law and order”. It’d have to amend the Cinematograph Act’s Section 9 to agree with Article 19 (2). Sasidharan will approach the CBFC to get his film re-certified. We’ll soon find out whether the central government would interfere again, as it did in Nude and En Dinon Muzaffarnagar, as the Adityanath government wants it to in Padmavati.