The film is not a mundane truth-telling exercise and does not take a moral high-ground. It is a complex telling of the struggles of landless Dalit mazdoors in Punjab. 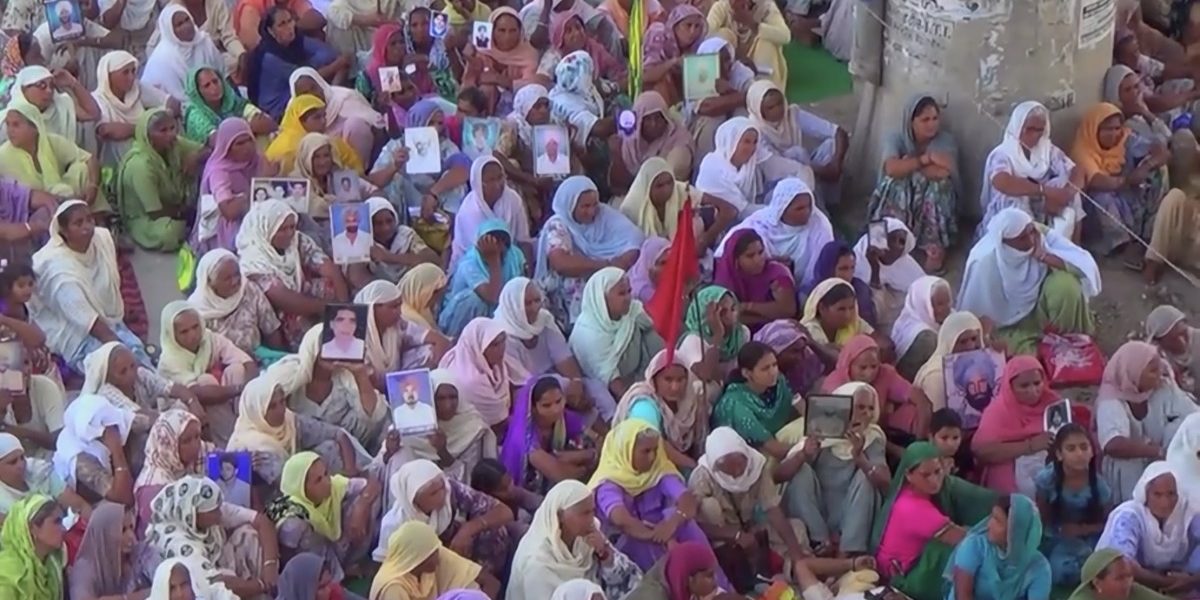 A screenshot from the documentary 'Landless'. Credit: Screengrab

Landless powerfully disrupts how we understand the question of caste and land relations (in the specific context of Punjab). Yet, it invoked responses filled with suspicion and disbelief towards the claims of truth and reality that it is expected to represent.

The KPFF is quite an impressive initiative in terms of how it is able to mobilise political films from all over the country. An association with the festival, even as an audience member, grants unquestioned cultural capital and the progressive credential that comes with being a habitual spectator of niche cinema.

Progressive political circles in Kolkata believe that the caste question has been resolved by virtue of Bengal’s glorious communist past. They believe it continues to be a malady of only the North and South of India. No wonder, so little work is produced on the nexus of the Bengali bhadrolok, communist politics and the deliberate erasure of anti-caste politics that once upon a time was being asserted by Jogendranath Mondal.

The displacement of one’s own and community’s casteism on to others (Landless is after all a story about Punjab) is symptomatic of bhadrolok and bhadrolok-abiding progressive politics. To be able to say, “I am not as casteist as the next person”, or to legitimise an individual’s political credibility in terms of who their father or grandfather is or to treat Dalit art, cinema, literature and activism as a marker of one’s own casteless-ness is as self-serving and elite as it gets. Kolkata academia, semi-academia and mainstream left politics is full of it. And therein perhaps lies the success of a film such as Landless, which is able to expose these faultlines in a society whose casteism is apparently different from the rest of India and therefore beyond discussion.

As a complex telling of the struggles of Dalit landless mazdoors of Punjab, Randeep’s film displays an economical organisation of footage that he has collected over at least the past five years. Landless is not a mundane truth-telling exercise, news-reeling its way through the objects of its depiction. Its moral high ground, if any at all, comes from the sustained compulsion to tell the story with a certain degree of aesthetic sensibility. Therefore, it uses shots that are heavy with metaphoric significance, whether of resting birds that suddenly fly away or that of a lost kite trapped in electric wiring.

The long takes of fields, drenched blades of grass, a speeding train, the moon amidst dark wispy clouds are quite the aberration to the usual documentary style in India, especially ones claiming to depict the plight of the poor and the subaltern. In fact to spectators of popular cinema, Landless is an illustration of the reality behind the romantic mustard fields of Bollywood.

Also Read: A Belief in Meritocracy Is Not Only False: It’s Bad for You

Maddoke’s work reveals an important aspect of the current understanding of ‘farmer suicides’ and what is erased by the narrative of farmer victimhood at its centre. It looks at the prevailing caste structures and the systemic oppression of Dalit landless laborers by dominant caste farmers, some of whom may also take their lives.

“If 80% of farmers commit suicide from the burden of debt, 60% of landless Dalit laborers commit suicide from the lack of access to debt”. The issue of access is present in the film at several levels. It depicts how caste determines who can own land and who is owned by the land and the landlord, through the ways in which religious institutions, the police and the government are complicit in socially boycotting Dalits by blocking their rightful access to public land, food, healthcare and the right to protest against caste violence. It also speaks of the sense of entitlement that dominant caste men exercise towards Dalit women with impunity from the state and caste society.

But the question of access is one that is also important for practitioners of cinema, if a truthful representation of things and the relations between them is to be expected. And Randeep stressed upon this in the post-screening discussion with the festival audience. The fact that he has for years been an activist with the Punjab Khet Mazdoor Union (PKMU), a trained photographer and is part of the same community of Dalit landless labourers that the film is attempting to narrativise gives him the advantage of historical as well as experiential knowledge of the humiliation, indignity and exclusion that his people encounter.

The ability to access good or high-end technology is not enough to make a good film. The so-called neutrality or scientific nature of technology has its limitations. There are, after all, people, subjectivities and knowledge on either side of technological mediation. The history of the evolution of cinematic technology and who can optimally own/use it is fraught with racial, gender and other political implications.

Landless incorporates music and language as everyday sites of expression of the sexism, arrogance and moral perversion that is integral to caste dominance. Protests, slogans and mournings appear as spaces where Dalits mobilise in their shared anger and assertion.

Dominant caste people, whether victims in their own right or oppressors, are rather unconcerned about the licence they impose on the lives and bodies of others. They are also impervious to how they perceive the constitutional rights of reservations and scholarship meant for Dalits as a form of privilege. All the while, they remain uncritical of how the prerogatives of their own caste superiority prevents caste Hindu women from making their onw livelihood.

Landless is in many ways about how privilege kills both the dominant caste as well as the Dalit, albeit in different ways and to different degrees. It says that victimhood does not presuppose the impossibility of oppression by the victim.

Ria De is a scholar of popular cinema and is currently a research associate at the Calcutta Research Group, Kolkata.