Does the Release of 'PM Narendra Modi' Violate Model Code of Conduct?

The movie could have an impact on voters, or even be seen as campaign material to be used even before voting, when official publicity is banned. 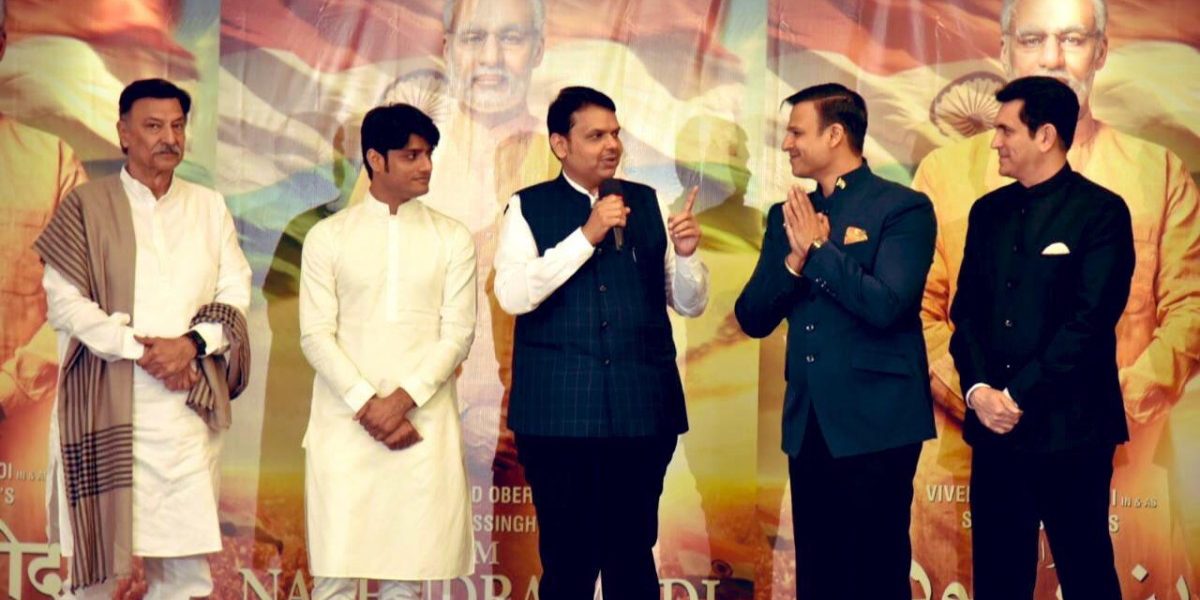 New Delhi: The release of a biopic drama on Prime Minister Narendra Modi has been brought forward by a week, to April 5, raising many eyebrows. The film will now premiere just before the start of voting for the 2019 Lok Sabha elections.

The blunt and unimaginatively titled PM Narendra Modi is a fawning rendition of Modi’s life, and could have an impact on voters or even be seen as campaign material. Yet a number of former election commissioners told The Wire that the film’s release passes the litmus test of legality and does not violate the model code of conduct.

This movie and others of its kind released this year have irked political watchers, since affluent supporters can afford to commission propaganda films, which never get counted as an official election expense.

Movies can also be used to target political opponents. Take, for instance, The Tashkent Files. The film, starring Naseeruddin Shah and produced by BJP-loyalist Vivek Agnihotri, depicts the circumstances of former prime minister Lal Bahadur Shastri’s death in Tashkent in 1965. Shastri’s family has often alleged a conspiracy involving Congress leaders. The movie is slated for release on April 12.

In this election year, as Modi publicly courted Bollywood celebrities in person and on Twitter, three films have been released that are either biopics or based on recent political events: Ronnie Screwvala’s Uri: The Surgical Strike, the Anupam Kher-starrer The Accidental Prime Minister and Thackeray, starring Nawazuddin Siddiqui.

Transparency activists have argued that given their political nature, these films must be monitored, especially if their release is scheduled when the model code of conduct is in place.

Far from reality, but too close to politics

Venkatesh Nayak of the Commonwealth Human Rights Initiative noted that biopics of political leaders have been made before. In the 1970s, many believed Aandhi was based on Indira Gandhi. Yet most critics concluded that the film itself was largely unflattering.

“Of late,” Nayak said, “there seems to be a new crop of filmmakers who are picking up the lives of politicians or episodes from contemporary history.”

While these movies can certainly pass off as creative enterprise, “the Election Commission should be reviewing them, especially if they have people or parts easily recognisable from recent memory and if they are essentially from the political arena”.

The EC, he said, should see if these films are being released at a time when they can influence voters. “The law is right now silent on this. But the Commission should keep a watch, in coordination with the Central Board of Film Certification. This is necessary only for the period when the model code of conduct is in force.”

Nayak added that “pre-censorship is not permissible under Indian law” and so “there will have to be a reason as to why such films will not be exhibited publicly.”

Unlike TV programming, where time is allocated to most political parties, Nayak said that a level playing field is absent from commercial films.

“Small and regional parties will simply not be able to meet these kind of challenges, or commission films that are similarly grand and released simultaneously in so many theatres.”

Former chief election commissioners said that under the existing law, the release of films cannot be regulated. However, objections can be raised and examined.

Former CEC N. Gopalaswami told The Wire, “Possibly at this juncture some objection could be there.”

On the other hand, V.S. Sampath noted it was important to first evaluate the movie itself. “It will be like shooting in the dark to say anything without seeing the movie.”

He also noted that “there is no restriction on the release of movies” or when a movie is released. “I don’t think there is any model code which bans that.” There is only  cause for action if “someone can establish that this has been done to give publicity to that person or to the party to which he belongs,” Sampath said.

Regarding an advisory to producers to not release their movies too close to elections, he said this should have been done much earlier. “But not now, as it would appear that you are trying to react to a particular situation by way of a general policy.”

Also read | Narendra Modi Is the Newest Star in Bollywood

Former CEC S.Y. Quraishi concurred that the EC has a limited role to play under the existing law. “This is a private movie. If a political party, like BJP, had also made the movie even then what could the EC have done? It is not the government or one of its agencies like Doordarshan which is producing the movie or telecasting it.”

On whether it amounts to surrogate publicity, Quraishi asked “what is the restriction on publicity? All the parties are engaging in publicity, aren’t they? They are placing advertisements in newspapers and television. So even if it is publicity, what can be done?”

If it is established to be “direct publicity”, the former CEC said, the only question is whether “it should be reported as expenditure by the political party concerned”. But even then, he said, there is no limit on expenditure. “Suppose a party says, yes it has produced the film, and has spent a certain number of crores on it. Even then who can object to it? I see no problem with it.”

However, Quraishi noted that campaign films prepared by political parties are subject to scrutiny by the EC and the model code of conduct guidelines.

Another point worthy of note is that Section 126 of the Representation of People’s Act, 1951 provides for a “silence period of last 48 hours” before a constituency goes to vote. But if a movie is used to propagate a political idea or promote a political personality, it can continue to be screened even after campaigning comes to an end.