The real problem with the Kangana Ranaut-starrer is its painful subservience to predictability and clichés. 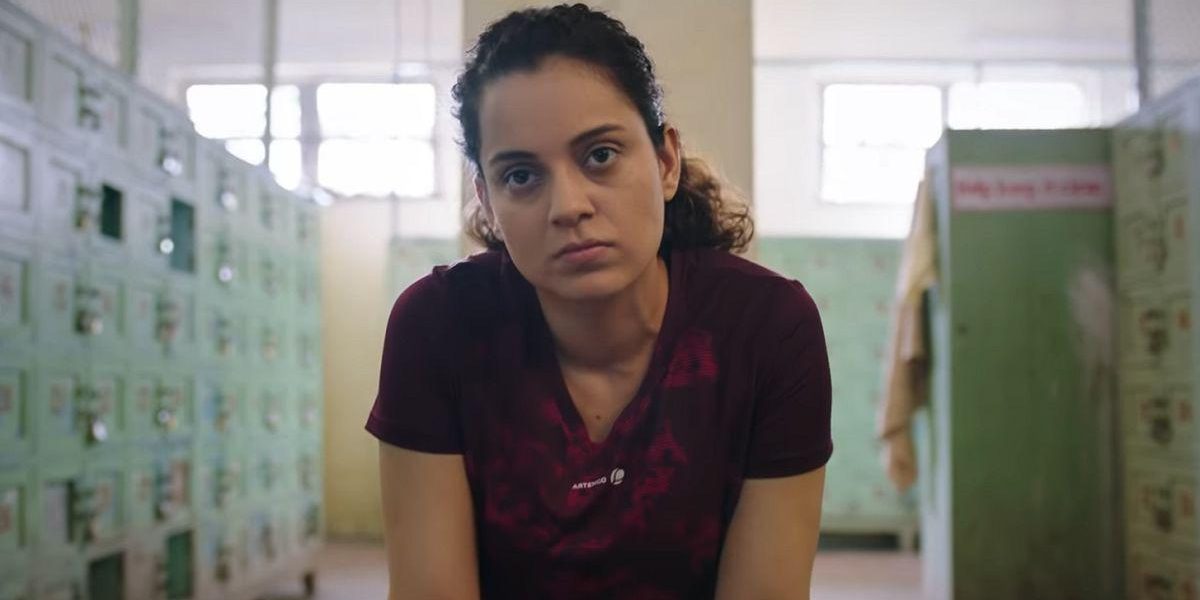 Kangana Ranaut in a still from 'Panga'.

Mainstream Bollywood has been deferential to the status quo for so long, making rigid rules for genres, that it leaves little space for original thinking. Revolving around and placating the egos of male superstars, Hindi films follow certain diktats, often appearing hidebound and insular. Sports dramas in particular – with the notable exception of Mary Kom (2014) – fall squarely under this category. So Ashwiny Iyer Tiwari’s latest, Panga, starring Kangana Ranaut, feels refreshing because it seeks to challenge the dominant conventions.

Panga is not just a sports drama with no male star, it is also a coming-of-age story seen through the lens of a young mother. In an industry thriving on monetising formula, even a small departure from the ordinary feels remarkable. Choosing to tell a particular kind of story, however, is just one part of the battle – how well you tell it is equally crucial.

Set in Bhopal, Panga is centred on Jaya Nigam (Ranaut), a mother, a wife and a Railway employee – an order that matters to her. She lives an ideal middle-class life: she dotes on her seven-year-old son Adi (Yagya Bhasin), cares for her husband Prashant (Jassi Gill) and works as a clerk in the local Railway office.

But this pleasant life hides a significant backstory – a story she left behind, or rather sacrificed, to follow a new one. Seven years ago, right before getting married, Jaya was the captain of the Indian kabaddi team. She was a known name, a somebody. No one forced her to quit the sport, it was her decision to get married. But sometimes the faded glory of her past life pricks her, especially when her boss castigates her for turning up an hour late. Jaya no longer stands out: the demands of domesticity have made her anonymous.

This set-up is quite unusual for a sports drama, and so is the ‘inciting incident’. Jaya feels compelled to return to her past life motivated by Adi. A sportsperson, a mother and a sportsperson again – Jaya’s life is set to culminate in a neat circle. These are original, fascinating ideas, telling a story both local and global, but here’s the thing about Panga: its intent and execution are world apart.

The writing is unconvincing right from the start. Panga opens to a day in the life of Jaya. She makes and packs lunch for Adi, drops him till the spot where he’s picked up by a van, tells him to behave properly at school. These conversations, played out with the earnestness of a fresh beginning, don’t look natural at all. Tiwari opens her film with a mundane scene but dresses it up and robs it of its everyday rhythm. This forceful conflation of generic with specific is a recurring pattern in middling Bollywood realist dramas, and Panga is no exception.

Adi’s preoccupation with her mother’s past life after his father tells him about it — and later persuading her, time and again, to play the sport – seems similarly contrived. Adi is all of seven, but his inordinate maturity looks like a function of screenwriting convenience as opposed to a young boy responding naturally to life. Panga finds some sense of joy when Meenu (Richa Chadha), Jaya’s old teammate and now a coach, enters the film. A biting, funny woman, Meenu is Jaya’s best friend and foil, a way to untangle the seriousness of this film that takes itself a little too seriously.

Unlike other films in the genre where the heroine overtly strives to be independent, Panga is quietly subversive. Here the family is not a deterring factor but a source of strength. Her husband Prashant (a fine performance by Gill, who is so pleasant and accommodating that he almost looks unreal) eggs her on to follow her dreams; it is Jaya who pushes back. Ditto the kid, Adi – although Bhasin’s performance as an enthusiastic cheerleader is incredibly mawkish.

Also read | With Empathy and Finesse, ‘Chhapaak’ Makes a Human Out of a Survivor

But the real problem with the movie is its painful subservience to predictability and clichés. Panga is no different from a male-star vehicle. Every character in the film – whether it’s Prashant, Adi, Meenu, the national team coach (Rajesh Tailang) or her new friend and teammate (Megha Burman) – exists to mollycoddle Jaya and stroke her ego, at the cost of a credible story. Even the central conflict, whether she will make it to the national team, lacks a life-altering edge. A lot of drama then feels amped up for effect; it’s nowhere more evident than in the character of the new Indian team captain who, without any sound reason, is condescending to Jaya. Panga needs a ‘hero’ so bad that it goes to the extent of inventing a villain.

Further, the film makes two bizarre assertions that make it beyond saving: a) that selecting Jaya in the team would somehow revive the popularity of kabaddi and b) that prioritising the individual over the country in a sports drama that ends with a global tournament makes sense (Jaya’s family is more concerned with her selection than anything else). Worse, this subplot materialises with utmost sincerity, suffusing the story with needless vanity. We need more Bollywood films to shake the status quo – something Ranaut has been vocal about – but she’s playing the same game while pretending to be different.