Politics, Prejudice – and Property – Behind the BJP's Mobilisation Against 'Padmavati'

Party leaders in Rajasthan are joining the chorus against Sanjay Leela Bhansali’s film and threatening to stall its release. 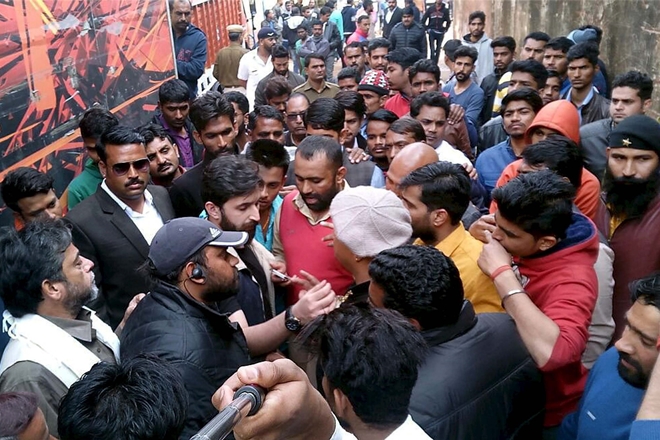 Jaipur: While in Rajasthan, ‘princess’ and BJP MLA Diya Kumari, who represents both the glamorous and political sides of Jaipur’s ‘royal family’, issued a terse statement on the upcoming film Padmavati, saying its release should not be allowed if it distorts history in any way. Chintamani Malviya, BJP MP from Ujjain, has also urged viewers not to watch the film, saying that Sanjay Leela Bhansali, the director, only understands the language of shoes. Filmmakers whose wives change their husbands everyday will not be able to understand the sacrifice of Queen Padmavati, Malviya added.

Kumari also took to Twitter on the issue, saying she would not allow any distortion of Rajasthan’s “valiant history”.

Rani #Padmavati is symbol of Rajasthan’s bravery & honour, any attempt to lessen her & women who sacrificed their lives will not be allowed.

The Deepika Padukone-Ranveer Singh starrer is set to release on December 1. 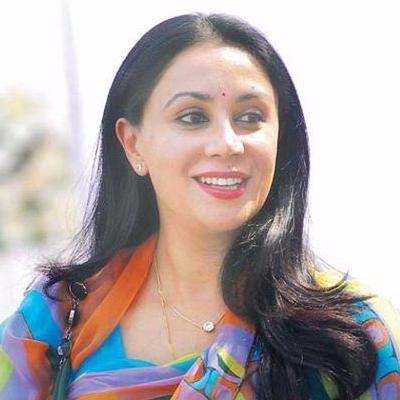 Several Rajput groups, including the Rajput Karni Sena and Rajput Sabha, have been protesting against the film’s fictional depiction of the queen, saying it is an injustice to portray the ‘historical figure’ in this ‘wrong’ manner. Protestors even destroyed the sets of Padmavati at Jaipur’s Amber Fort in January and tried to attack the director.

According to historians, the legend of Padmavati first found mention in an Awadhi poem by Malik Muhammad Jayasi. The story is that Delhi Sultan Allauddin Khilji was so enamoured by Padmavati that he wanted see her legendary beauty for himself. She was married to King Ratansen of Chittor, who refused to let Khilji see her – Rajput culture forbade women from meeting men they did not know well. Khilji then decided to invade the fort and Ratansen was defeated, the poem says. But by the time the sultan made his way into the fort to find Padmavati, she and 16,000 other woman had ended their lives in jauhar (self-immolation).

Some parts of this legend are true, according to historians. Khilji did invade Chittor, though there is no concrete evidence on why he did so. Many consider the story of Padmavati to be historical fiction and popular legend, though some Rajput groups insist it actually happened and hail Padmavati and the women who died with her as the epitome of bravery.

Rajput groups have vehemently objected to scenes that apparently suggest a romantic liaison between Khilji and Padmavati. Members of the Shree Rajput Karni Sena have been handing out memorandums to cinema hall owners in Rajasthan, asking them not to screen the film. The Rajput outfit has even warned (or threatened) the hall owners that they cannot be held responsible for any damage to their halls if the film is screened.

A statement released by Kumari on Tuesday (November 7) says, “No film should hurt the sentiments of a community by twisting historical facts. The director of the film Padmavati, Sanjay Leela Bhansali should not wrongly depict the story of Queen Padmavati of Chittor. He should get the facts in the film verified by a forum of historians and then release the film. Rajputs would not allow any distortion of the valiant history of Rajasthan and sacrifice of its people in fighting barbarians. If movie does not display authentic history or takes any liberties, it will not be allowed to be released.”

Kumari’s statement may have strengthened the Karni Sena’s protest, but political analysts say her intervention may be more to reciprocate the support the Karni Sena had shown during her run-in with the Jaipur Development Authority in August last year. Civic officials had sealed part of the Rajmahal Palace hotel, owned by Kumari’s family, during an anti-encroachment drive. This move reportedly had the silent approval of chief minister Vasundhara Raje, who apparently has an uneasy relationship with the erstwhile royal family.

Reportedly “hurt” by the way the JDA had taken over part of the property, Kumari’s mother Rani Padmini has taken to the streets, urging Rajputs to join in large numbers. The large rally that followed was then not only to score a political point, but also to underscore the strength of Rajput unity.

In the case of Padmavati as well, Rajput unity is coming into focus with Kumari lending the protests outright support.

Although there has been no official reaction from the government over the threats and protests around the film, state home minister Gulab Chand Kataria said in Udaipur on Tuesday that nobody would be allowed to disrupt law and order and strict action would be taken against those trying to cause a disruption in any way.  He, however, said historical facts should in no way be twisted as committing jauhar with 16,000 other women, which is perhaps the only example of its kind in the whole world and should be respected and honoured.