'Omertà' Fails to Go Deeper Than the Basic Facts

The film spends time detailing the events of Ahmed Omar Saeed Sheikh's life, but does little to deconstruct his character. 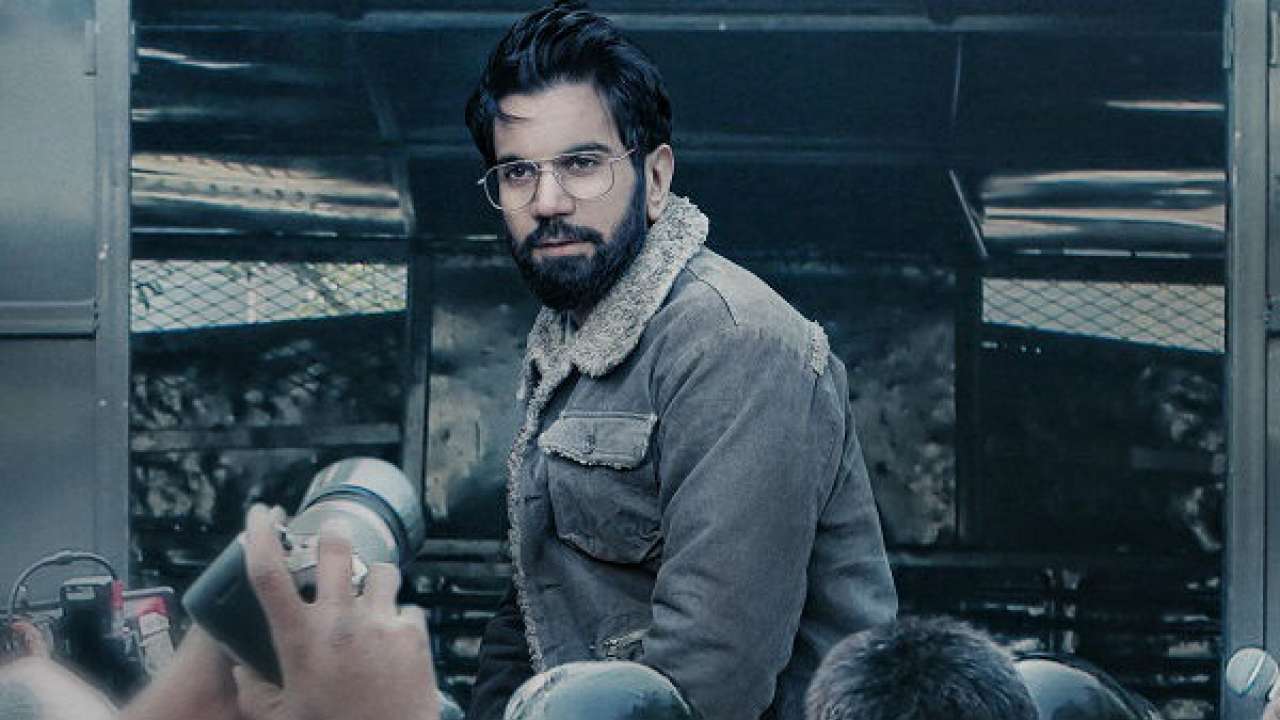 A still from Omertà.

When Ahmed Omar Saeed Sheikh, or Omar, was first arrested for kidnapping foreign nationals in India, in 1994, he was an unlikely face of terror. Omar grew up in London, excelled at academics, won chess tournaments and studied statistics at the London School of Economics. He was a successful immigrant, a global citizen. But for a young man in search of an identity, both empowered and weakened by his religion, Omar couldn’t find answers in assimilation. A few weeks before his 20th birthday, he was threatening to murder three Britons and an American. A student had lost to a terrorist, and Omar had finally found himself.

Hansal Mehta’s Omertà, starring Rajkummar Rao, explores crucial years of Omar’s life – from 1992 to 2002 – when he transformed from an angsty teenager to a wanted terrorist. We first see Omar in a London bar, gulping down a glass of milk, as others around him, drunk on beer, wrestle palms. It is difficult to remain indifferent to him. A charming, quick-witted city boy who can be eloquent and funny, Omar doesn’t wear the badges of evil. Armed with a Brit accent and an easy familiarity with English, Omar isn’t the ‘other’ as well. His worried father, however, tells him to finish his degree first. The local maulana assures Omar’s father that that this transformation is promising, that his son is merely becoming a more pious Muslim – someone who prefers the Quran to college girls.

It also helps that Omar is played by Rao, a wonderful actor who hasn’t essayed a role of this kind – someone so headstrong, so vicious – before. At 97 minutes, Omertà also cuts sharply across scenes. Mehta defines the stakes, reveals character, sustains tension, without compromising on the film’s pace or plot. There’s also enough black humour, especially in the kidnapping sequences. “You’re safe here,” Omar says, pointing his gun at the tourists. “Nothing is going to happen to you.”

Mehta also plays around with the structure, lighting your curiosity. Early in the film, without cuing the audience, he starts cutting between the past and present, showing two distinct phases of Omar’s life: one where he’s in Tihar jail, arrested for kidnappings; the other, a few years before, where he’s training to become a militant. This juxtaposition helps see the differences between preparation and aftermath, a boy and a militant, revealing and attempting to understand his different versions.

But that, we soon find out, was an anomaly. Because Omertà is more interested in facts, less interested in truths. Mehta spends a lot of time detailing the events in Omar’s life – the film’s plot in essence – and yet, there is little attempt at deconstructing Omar, the man. The reasons for Omar’s behaviour – a sense of persecution and fear among Muslims – feel too generic and commonplace to be personal. Omertà, at most times, seems funnelled through a collective worldview and perspective; it barely contains an individual’s anguish, paranoia or depravity. Mehta’s film has plenty of documentary footage – mainly in the form of speeches and interviews – but they do not illuminate Omar’s mindscape or world; in fact they merely reinforce his status as a renowned terrorist.

If we just want to know the facts about Omar’s life, we can turn to a Wikipedia page. A film is supposed to deliver much more. Most scenes, and the characters driving them, seem reluctant to dig deep, to show us the larger picture through tiny details – or, alternatively, just repulse or discomfit us. Barring a few scenes, such as the beheading of American journalist Daniel Pearl or Omar saying “Complex problems have simple solutions”, most sequences lack intellectual inquiry or an immersive quality, looking content to simply hover over many sordid realities.

And given that Omertà is a Mehta film, this lack of ambition is not very surprising. After his resurgence in 2013 with a wonderful poignant drama, Shahid, Mehta has made four more films, out of which three have been based on true events (including Omertà) – and all of them, to various extents, have let their real-world counterparts down.

Mehta has shown a pattern. He takes a compelling idea, tinkers with it, achieves some success and then surrenders his ambitions way too quickly. There’s a reason he’s made five films in five years. What results is not a shoddy film – Mehta gets the basic details, atmosphere and performances right – but one that is too content with itself, too busy patting its own back to see anything else. If it had looked sideways it’d have found other frogs doing the same inside a well; if it had looked upwards it’d have seen a sky looking down with hope and disappointment.