While the censor board claims 'No Fathers in Kashmir' has been granted 'A' certification, the director says the movie has in effect been banned. 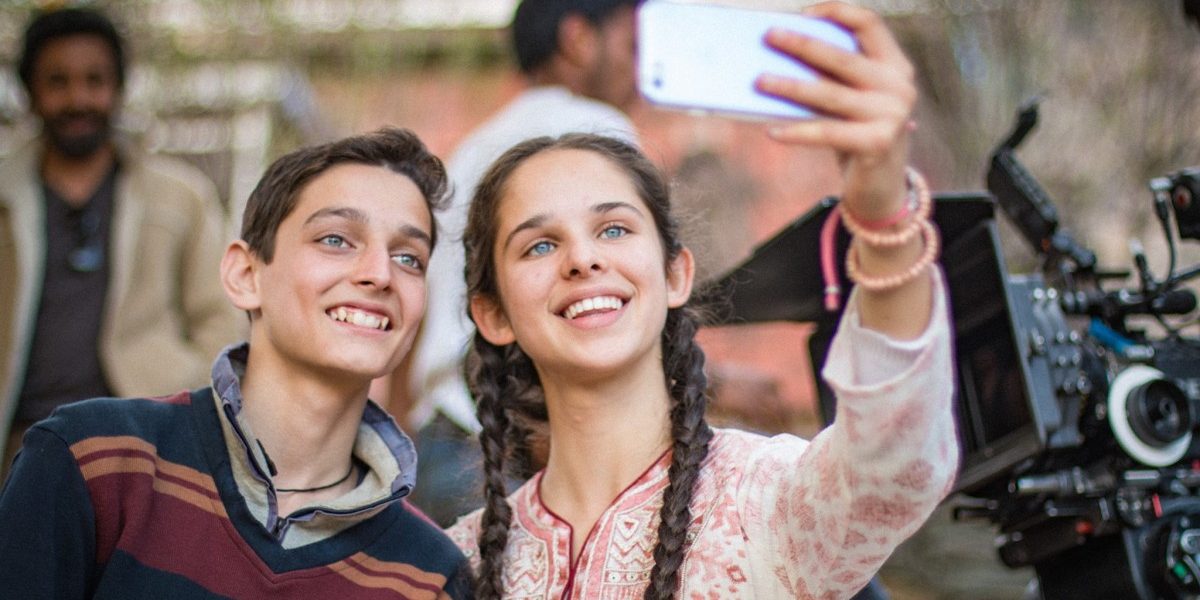 Ashvin Kumar’s 16-year-old filmography has been marked by an unlikely intersection: censorship troubles, movies on Kashmir and National Film Awards.

His two documentaries – Inshallah, Football (2010) and Inshallah, Kashmir (2012) –  received “A” (Adult) certificates from the Central Board of Film Certification (CBFC), or the censor board, preventing their broadcast on national TV. But they were good enough for National Film Awards’ juries, which honoured them with the Best Film on Social Issues and Best Investigative Film awards.

His latest feature, No Fathers in Kashmir, is centred on a love story between a local and a British Kashmiri. The film, according to Kumar, has “no gore, no violence, no sex, no nudity, no abusive language, no substance abuse”. He was looking forward to a “U/A” (parental guidance for children below the age of 12) certificate, which would have made it eligible for a TV release.

Besides, unlike his documentaries on Kashmir, No Fathers in Kashmir – a fiction “film made for millennials” – also had commercial appeal. So when Kumar applied for a censor certificate, on July 15, 2018, he was hopeful.

For the next five weeks, he heard nothing. This delay was unusual as, according to Rule 41 of the Cinematograph Rules, the censor board’s order should reach the applicant, at the latest, in 35 days. Kumar’s film, in contrast, had not even been given a screening.

On August 21, Kumar’s team wrote to the CBFC CEO, Anurag Srivastava, requesting for a screening at the earliest. The result? No reply. They waited for a week and wrote to Srivastava again. Same result.

The CBFC finally scheduled a screening on September 3. Kumar found out the next day that the film had been referred to the revising committee by the CBFC chairman, Prasoon Joshi, as the examining committee – the first tier of the censorship process – was unable to arrive at a decision.

Two days later, Kumar wrote an email to Joshi requesting a personal intervention: no response. On September 24 — 72 days since Kumar had first applied for a censor certificate — he wrote to Joshi again regarding his previous emails and WhatsApp messages: no response. (The total time limit, according to the CBFC guidelines, for certifying a film is 68 days, and even this “dormant rule” came under the scrutiny of Bollywood producers during Padmaavat’s release.)

On the afternoon of October 4, Kumar’s team received a phone call from Tushar Karmarkar, regional officer, CBFC Mumbai, saying that the board would try to schedule a screening that week. The timing was remarkable: a few hours ago, the Mumbai Mirror had published an article on the film’s censorhip woes.

Kumar was present for the screening on October 10, but the revising committee denied him a hearing. “It was fait accompli. They watched the film, they said it would be given an A certificate, and that was that,” said Kumar. “It wasn’t a discussion, it was a dismissal.”

A few days ago, responding to a tweet by Alia Bhatt, urging the CBFC to “lift the ban” on the film, Karmarkar called her views misinformed, saying, “Any news of the CBFC banning this film is completely false. We want to again clarify that the filmmakers of No Fathers in Kashmir have already been offered an adult certificate and the reasons thereof have clearly been communicated to them.”

Lawyer Karuna Nundy, Kumar’s legal representative, refuted that claim. “The CBFC says that a) we’re not going to allow unrestricted public viewing; b) if you make xyz cuts, then we may give it an Adult certificate,” she said. “This, it should be clear to all except the most disingenuous, isn’t adult certification. This is a ban.” 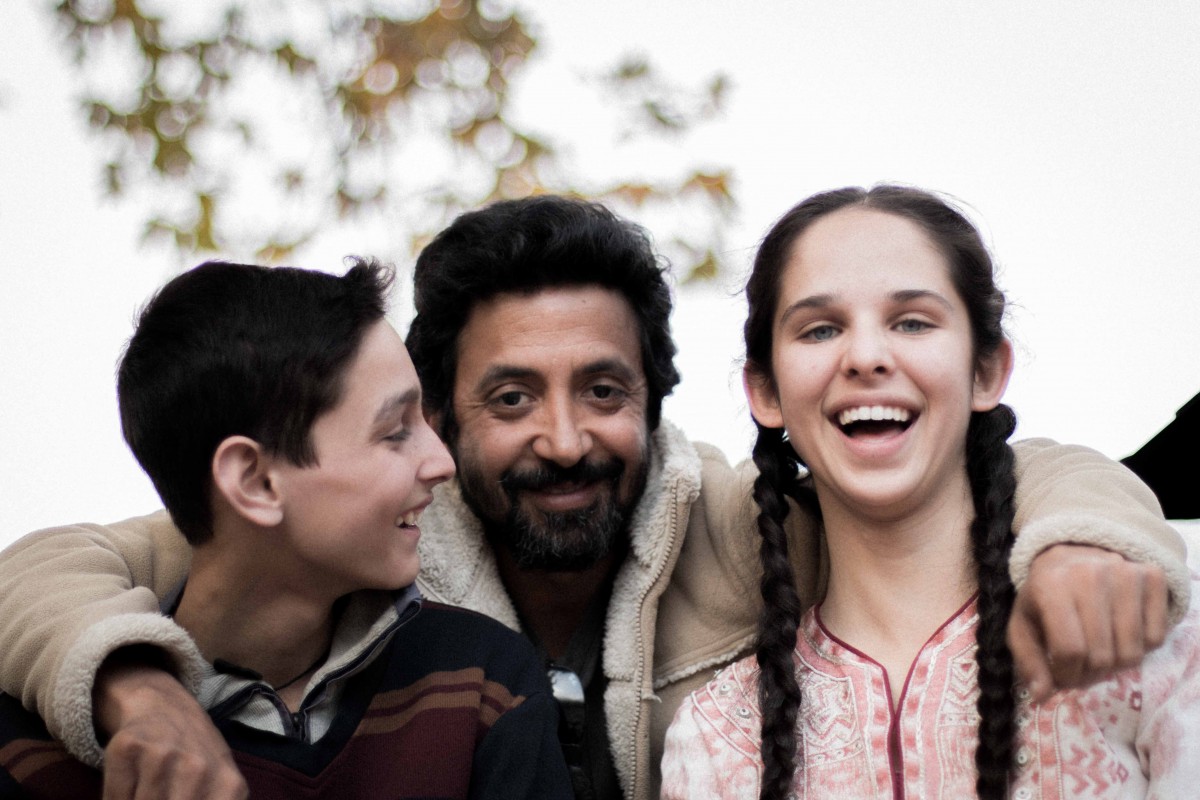 On November 9, 2018, Kumar appealed to the FCAT (Film Certificate of Appellate Tribunal) – a statutory body headed by a retired high court judge and not more than four other members appointed by the Central government – against the censor board’s decision. The order, argued Nundy’s team and Kumar, violated the principles of natural justice, as the appellant wasn’t provided an opportunity to be heard.

The FCAT agreed and ordered the CBFC to re-conduct the hearing on December 11, with a deadline of 10 days. On December 18, the CBFC asked for an extension of 10 days; the FCAT agreed. No Fathers in Kashmir needed a censor certificate by December 31 for it to be eligible for the National Film Awards next year, which now looked unlikely.

Also read: Why a National Award-Winning Filmmaker is Taking on the Censor Board

Kumar then received an email from the CBFC on December 25, a holiday, that the screening would be held the next day – on notice of less than 24 hours. Kumar was not in Mumbai but said he’d be represented by his lawyer. “They said you can’t,” said Nundy. “So my team and I looked through the rules, and it was quite clear that there’s nothing in there which says that you can’t send a legal representative. So then we had to send an actor [Anshuman Jha] instead. But the whole point was to get a proper hearing [with a lawyer], which we were denied.”

On January 3, 2019, the CBFC issued another order. “The cuts that kept the film banned for six months were suddenly fine,” said Kumar, “and we could now include them, but a whole new bunch of objections was raised.”

The total number of cuts, five, was the same, but only one from the old order remained in its entirety. “If you look at the two orders” – one on October 12, 2018, and the other on January 3, 2019 – “there’s some overlap,” said Nundy, “but there’s a bunch of excisions that don’t. This shows the arbitrariness of the process. So do you just make it up as you go along? This is how the government’s censor body feels on Tuesday, this is how it feels on Wednesday?”

Also read: My Film on Rohith Vemula Was Denied Screening Permission and I Am Not Surprised

The makers filed another appeal to the FCAT, to be heard on January 22, 2019, protesting the last order. Nothing had changed for the CBFC – the film remained uncertified; the “A” certificate remained sustained – but that wasn’t the case with Kumar: the deadline for the National Film Awards had long gone; he was bleeding an inordinate amount of time and money.

He was also grappling with questions that left him puzzled. “The CBFC must take cognisance of all the U and U/A certificates that they have awarded previously and certify films accordingly, which unfortunately has not happened in our case,” he said. Kumar was referring to similar films in the recent past, set in Kashmir, such as Haider (a provocative movie that got a U/A certificate), Half Widow (U/A) and Textures of Loss (U, ultimately cleared by the Delhi high court).

“The CBFC’s order, and the cuts they’ve asked for, are contrary to law,” said Nundy. “If you read the Pankaj Butalia judgement [the director of Textures of Loss], they talk about this stuff.” That judgement reiterated the Supreme Court’s observations in a similar case, S. Rangarajan vs P. Jagjivan Ram (1989), saying,

“There does indeed have to be a compromise between the interest of freedom of expression and special interests. But we cannot simply balance the two interests as if they are of equal weight. Our commitment to freedom of expression demands that it cannot be suppressed unless the situations created by allowing the freedom are pressing and the community interest is endangered. The anticipated danger should not be remote, conjectural or far-fetched.”

“According to us, this film in its entirety is under Article 19(1)(a), constitutional free speech,” continued Nundy, “and they’re preventing the filmmakers from showing it and Indians, including young Indians, from watching it.” Kumar made No Fathers in Kashmir to “create a sense of empathy and understanding among millennials – the future change makers – and without a U/A certificate that audience won’t be able to watch the film,” he said. “And with an A certificate, we won’t be able to reach them on TV, either.”

Over the last few weeks, Pritish Nandy, Shashi Tharoor and Swara Bhasker have tweeted in favour of Kumar, an Academy Award nominee (for the 2004 short Little Terrorist), calling the CBFC’s actions “unconscionable”. It is curious to note that of all the grievances, the CBFC addressed only Bhatt’s complaint (who has been ridiculed on the internet, in the past, through memes), making a claim about the “A” certificate.

“I strongly deny the CBFC’s recent statements in the press claiming that an ‘A’ certificate has been offered and that the film has not been banned,” said Kumar, clearly exhausted by the process. “And if indeed I’ve misread the order, I’d like to come and collect the U/A certificate, but if not, it wouldn’t be unreasonable to expect a public apology [from the CBFC] for wilfully misrepresenting us.”