The film highlights the fast spiral down which Brazil went after a few good years of hope and economic wellbeing. 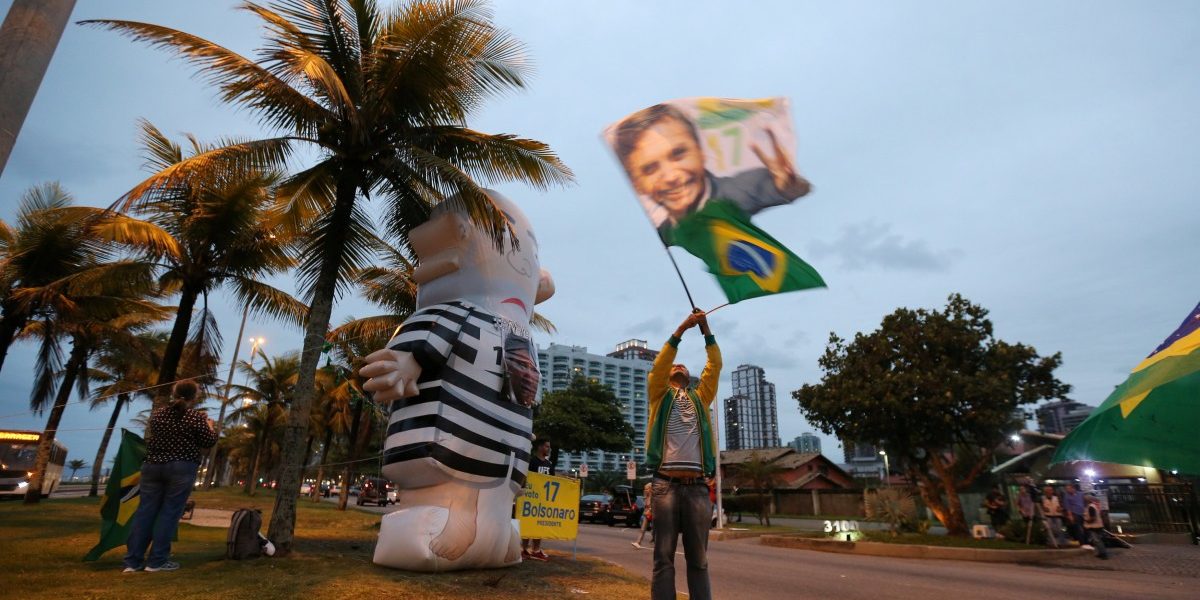 A supporter of Brazilian presidential candidate Jair Bolsonaro is seen next to an inflatable doll, also known as Pixuleco, depicting former Brazilian president Lula da Silva, before the elections in 2018. Photo: Reuters/Sergio Moraes

The documentary film The Edge of Democracy on Netflix is the Brazilian story of the end of military dictatorship in 1985, the climax of democratic maturity with the election of lathe worker Lula as president, the fall of democracy with the impeachment of Dilma Rousseff through legislative coup in 2016 and the imprisonment of Lula to prevent him from contesting in the elections by a judicial coup in 2018.

It is a poignant and powerful narrative which starts with the people’s celebration of the rebirth of democracy in 1985 and ends with Jair Bolsonaro celebrating the past military dictatorship.

For those of us who followed with admiration Brazil’s rise in the first decade of this century and were saddened with its quick fall in the second decade, the film is just a visual summary of the facts. The fall of the admirable Lula and the rise of despicable Bolsonaro is a horror story.

In a few hours, our doc The Edge of Democracy premieres on @netflix! ⚡️ Here is the trailer: pic.twitter.com/SQPNku1ZgT

The film highlights the fact that this would not have happened but for the political incompetence of Rousseff, who did not know how to handle the Congress and its crooked leaders like Eduardo Cunha and Michel Temer.

Cunha was against impeachment in the beginning, as seen in his statement. But when Rousseff refused to rescue him after he was caught red-handed with Swiss bank accounts, he took up impeachment as a revenge ploy. No Brazilian president can get bills passed in the fractious Congress of over 20 political parties without appeasing Congressional leaders overtly or covertly. 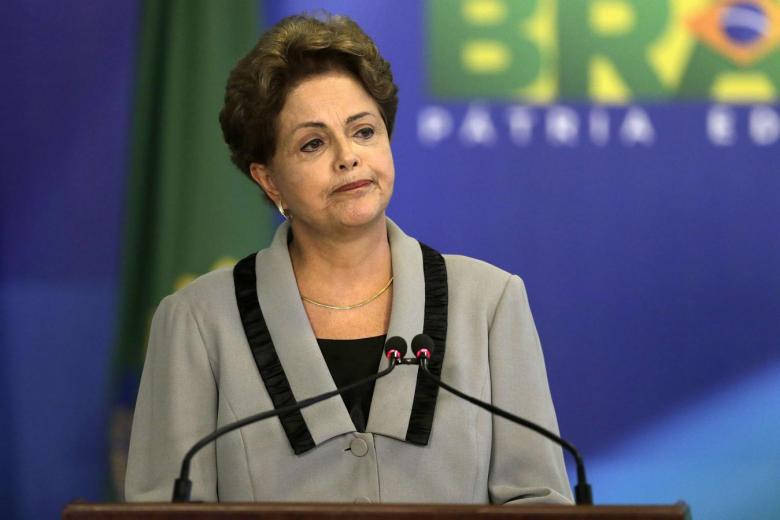 This is exactly why President Lula had to set up Mensalão scheme in which monthly payments were made to members of the Congress to consider and pass bills. But Rousseff was politically aloof and indifferent.

The film shows a Congressman complaining that she would not even take part in the traditional Brazilian “hugging of colleagues”. Rousseff grew opinionated and arrogant while at the same time remaining naïve and let herself be played by the veterans of these political games.

Rousseff should have, of course, resigned on her own, admitting moral responsibility for the massive and systematic corruption in Petrobras, which went on even when she was the minister of energy. The Workers Party and Lula, who were carried away by hubris, certainly deserved an electoral defeat but not an overthrow by a constitutional coup.

Sergio Moro, the inquisitorial judge and prosecutor had gone out of his way in the witch hunt against Lula by using even illegal and unethical methods to frame him. He abused his judicial authority by sentencing Lula to disproportionately long spells of imprisonment even when there was no solid evidence.

Moro also used every trick in the book to prevent Lula from contesting the elections and to damage the image of the Leftist Workers Party. Lula would have won the elections against Bolsonaro without doubt, but Moro had created a vacuum by keeping him out of the elections and this helped in the election of Bolsonaro, who has rewarded him with ministership. The illegal methods used by Moro has come out in recently leaked phone conversations between him and others.

Brazil had been emerging as a regional and global power around 2010 under Lula’s visionary leadership. His inclusive policies emancipated millions from poverty and injustice. Lula’s pragmatic and balanced mix of pro-poor and business-friendly policies became the role model for Latin America and acted as an alternative to the Washington Consensus, which had ruined the region in the eighties. 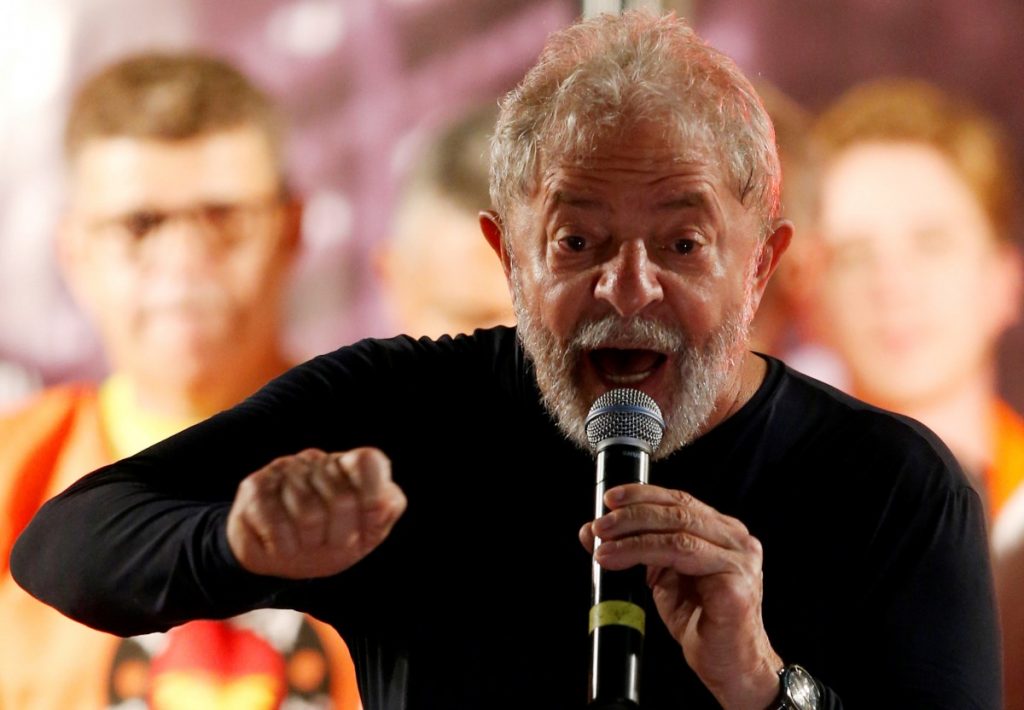 The only thing missing from the film is the role of the US which targeted Lula and Brazil to contain the rise of the Left in the region. The US is believed to have played a role with its espionage, including inside Petrobras and in the office of  Rousseff. There is speculation about a possible link between US agencies and the US-trained Sergio Moro who had imported the US system of plea bargaining to implicate Lula.

The Petrobras corruption was an institutional one shared by all the political parties and leaders. But Moro and company focused only on Lula. When others, including Temer, were implicated with solid evidence, the Congress and judiciary moved to save him and stop further investigations. When Cunha threatened to spill the beans against Temer, he too was jailed.

Also read | Latin America: ‘The Mechanism’ and the Cost of Corruption

The director of the film, Petra Costa, has given a personal touch by weaving the story of her own family with that of the country. She has narrated the story in the first person. Her grandfather was a founder of the construction firm Andrade Gutierrez, which was one of the contractors involved in the building of Brasilia city. It flourished during the military dictatorship as well as during the Workers Party rule.

It was also one of those firms disgraced for corruption in the ‘car wash scandals’. But Petra’s parents went the other way and became Leftist revolutionaries fighting for democracy and justice. Her parents suffered imprisonment and exile. Her mother was put in the same jail where Rousseff was also imprisoned.

Petra was born in 1983 at the time of transition from dictatorship to democracy. One of her earliest memories was sitting on the shoulders of her mother watching a sea of people protesting for the end of military dictatorship. She grew up in a vibrant democracy which matured and flourished. Costa recalls her mother’s first impression of Lula as “the embodiment of all she had longed for: workers becoming political actors, opening the way towards a democratic path.

Jair Bolsonaro, once a far-right lawmaker is now the unpopular president of Brazil. Photo: Reuters/Ricardo Moraes

“She thought a New Brazil was born with her. But her hope turned to disillusionment thanks to the derailment of democracy in 2016 by the corrupt Congress leaders and the crooked judiciary. She cynically says, “Our country is a republic of families; some controlling land, others controlling media, some others banks, sand, rock and mines. These families sometimes get tired of democracy”.

One should see Edge of Democracy just as a short film about the “Big Brazil” in its passing phase when it actually moved towards a promising future. Even more mature and established democracies such as the US have suffered damage, as it is suffering now with Donald Trump, a much worse monster than Bolsonaro.

One should see the larger picture of the long term potential of Brazil, beyond Bolsonaro. Petra Costa says in her narration, “Our democracy was built on forgetting.”

Bolsonaro will be yet another forgettable phase of Brazil’s history.

What next for Brazil? The film has not given any clues. But my take is that Brazil has come out of bigger crises in the past.