'Neecha Nagar', a 70-Year-Old Film With a Contemporary Resonance 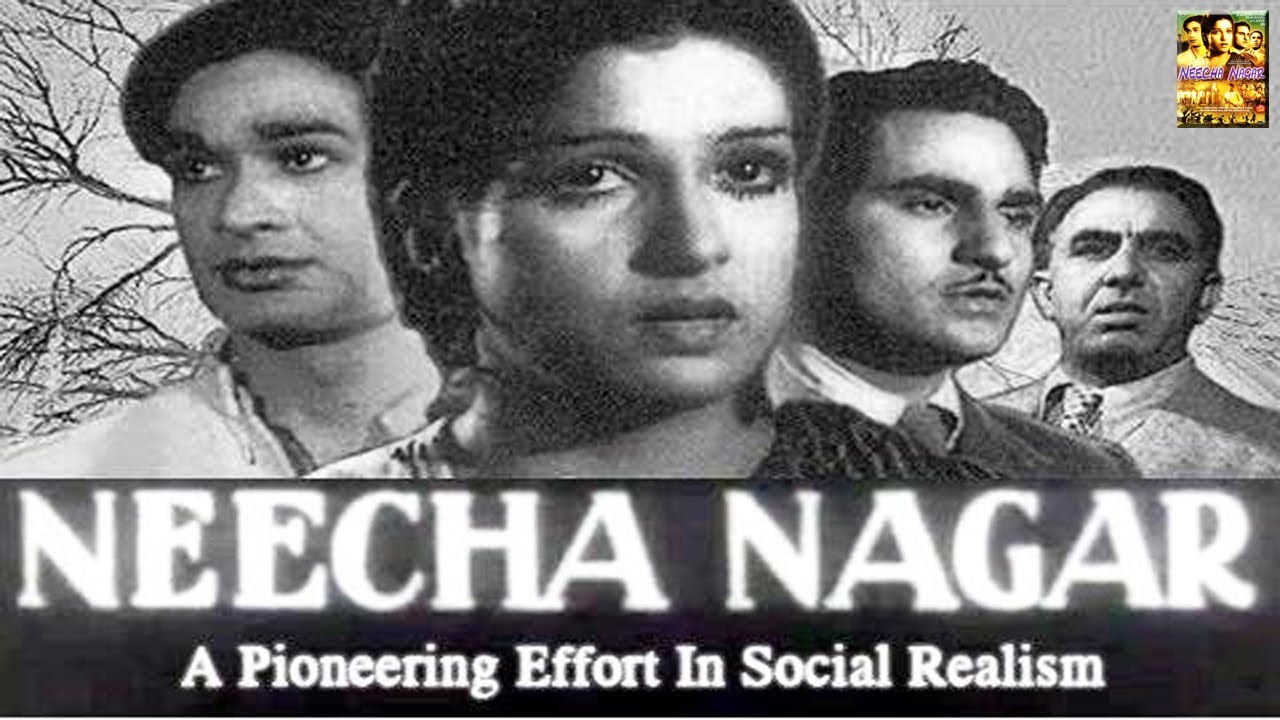 Years before Satyajit Ray’s Pather Panchali (1955) impressed the world with its lyrical portrayal of Indian life, another film had already won accolades from its peers; but over the years, while the former has grown in stature, the latter has been completely forgotten. Chetan Anand’s Neecha Nagar – based on Maxim Gorky’s Lower Depths – shared the Grand Prix for the best film at the Cannes Film festival in 1946, an honour that should have catapulted the film and its maker to great heights. Instead, right from the beginning, the film sank into obscurity, becoming a footnote in Indian cinematic history.

Which is a pity, because Neecha Nagar is not just a fine piece of film making, it also tells a story that is strikingly contemporary—the subtle and crude ways in which the moneyed elite tries to fool and cheat the poor to gain control of their land.

The film was shown on Sunday as part of a retrospective in honour of Chetan Anand, in the presence of its star Kamini Kaushal, now a sprightly 88, who regaled the audience with memories of the shooting. “The movie business did not have a good reputation, and certainly not for young ladies of respectable families. But Chetan was a friend, so my family didn’t mind. He was a very gracious and gentle director, and it was a very happy time to be working with friends.”

Watching the film on the big screen, it immediately became clear why the Cannes jury would have found it award-worthy. The debutant director had drawn inspiration from the Soviet cinema of Eisenstein and Pudovkin, as well as from German Expressionism, with a masterful use of lighting, camera work and editing. For today’s audiences it may appear a bit slow, but so compelling is the plot that even 70 years later the film holds attention.

The music (Ravi Shankar), story and dialogues (Hidayatullah Ansari and K A Abbas) and the direction combine to tell a gripping tale of greed and corruption, honour and sacrifice. The theme of an avaricious rich man using every stratagem to take over the land of poor villagers holds true even today.

Neecha Nagar can also be seen as an allegory about the British Raj—the avaricious capitalist, with his sharp suits and cigars is called Sarkar – and Balraj, the idealistic youth from the village who stands up to power could well be Jawaharlal Nehru. Sarkar, backed by big money, wants to divert a dirty stream through the village so that the residents move out and leave him to erect modern apartment blocks there. He tries every trick, from bribery to threats, to get his way, till his own daughter leaves him to join the struggle of the villagers. Under Chetan’s direction, the treatment is strikingly modern—women are equal participants in the struggle and freely mingle with menfolk. The film opens with a dance choreographed by Zohra Segal, who had studied under dancer Uday Shankar in Almora.

The story behind the film is equally fascinating. Anand, who had arrived in Bombay from London – via a stint at Doon school as a teacher – was keen to work in the film business. The city was in the grip of post-war shortages and the film industry was suffering too. Raw stock could be obtained only through special licences—a friend, Rafiq Anwar managed to obtain one such licence and approached Chetan Anand to direct a film. Chetan Anand had no previous experience in cinema, though he had seen enough classic films and had dabbled in theatre along with his friends from Indian Peoples Theatre Association (IPTA). He gathered a few of them around – mostly amateurs – and also brought in his wife Uma and a common friend of theirs from Lahore, Uma Kashyap. To prevent any confusion, he renamed the latter Kamini Kaushal. Many from this enthusiastic bunch went on to become famous—music director Ravi Shankar, actor-choreographer Zohra Segal and the Berlin trained actor Rafi Pir, who went on to establish a theatre in Lahore.

Despite such talent and recognition at Cannes, Neecha Nagar found no takers. Distributors did not see any commercial merit in a film without song and dance. In the turmoil of partition, the fact that the film had been produced by a Muslim too went against it.

In 1950, Chetan Anand was summoned to Delhi to show the film to Pandit Nehru and several other international leaders attending a conference on Panchsheel. That gave it a bit of impetus and the producer decided to release it in a cinema in a remote Bombay suburb, but with no songs and dances (they had been shot but had been edited out), the audience remained uninterested. The producers decided to migrate to Pakistan and take the film with them. The saga of Neecha Nagar, India’s first international award winning film, was over.

Years later, Subrata Mitra, who had worked as a cameraman for many of Satyajit Ray’s films, found a can of rotting film in a junk shop. It was destined to be burnt for the silver nitrate present in celluloid. Mitra bought the cans and discovered it was a print of Neecha Nagar. That print was handed over to the National Film Archives in Pune and was shown at the Regal cinema in Mumbai on Sunday.

An interesting aside is mentioned in Uma Anand’s book The Poetics of Film, about her husband Chetan. As the Anands were despairing about their film not finding distributors, they got a letter from Calcutta in which the writer said he had been inspired by Neecha Nagar to continue striving to make his own first film. The letter was signed–Satyajit Ray.