Movie Review: 'The Lion King' in Hindi Impresses Only Sporadically

The movie’s dubbed version, for some portion of its runtime, invents problems of its own. 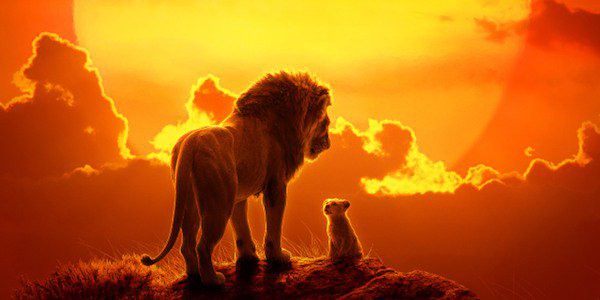 A still from Jon Favreau's 'The Lion King'.

The opening sequence of The Lion King, directed by Jon Favreau, throws us right into the heart of an African jungle. Here, birds fly close to the rivulets, producing ripples; meerkats stand on small rocks in rapt attention; deers gambol in the savannahs. There are giraffes, zebras, monkeys – and a herd of elephants walking slowly, majestically.

It’s a wonderful celebration of the spirit of jungle – the scene pulsating like an animated sinusoidal wave – and its first false note, minutes later, comes when Usha Uthup sings in the background. There’s nothing wrong with her rendition (it is sincere and heartfelt, complementing the visuals’ gravitas) but the song, in Hindi, sounds like a stylistic mismatch – a loveless marriage between a Western and an Indian idiom.

The movie’s dubbed version, for some portion of its runtime, invents problems of its own. We meet the king of the jungle, Mufasa (voiced by Shah Rukh Khan), who talks in a melodramatic sweep – a style almost outmoded in Hindi cinema now. His majordomo, the hornbill Zazu, is voiced by Asrani who sounds as if he’s parodying himself.

Asrani’s style, very 1970s Bollywood, is too old and rehashed for this 2019 movie. At one point, I almost thought he’d break into, “Hum angrezon ke zamaane ke panchi hain.” (In a later scene, Simba’s mother even says, “Keh do ki yeh jhooth hai!”)

Not all is bleak here though: Mufasa’s son, Simba, voiced by Aryan Khan (Shah Rukh’s son), holds your attention. Aryan’s voice, much like the young Simba, is filled with innocent curiosity and a child-like vibrancy. If you came to this movie for Shah Rukh, you’ll stay for Aryan.

But listen to this movie more closely, and you’ll notice an unfortunate linguistic hierarchy. Whether it’s Simba, Zazu, Mufasa, or even his evil younger brother Scar (Ashish Vidyarthi), they all speak in standard, grammatically correct Hindi (the lingua franca of most Bollywood films). Cut to: the film’s villains, a pack of hyenas, living in the elephants’ graveyard – a bleak, desolate land, populated by ominous rocks and molten lava – the jungle’s equivalent of a slum. Now what kind of Hindi do these animals speak? A slightly upgraded version of ‘Bandra Bihari’ (as evidenced in last week’s Super 30).

Some films are about the story told; The Lion King’s dubbed version – revelling in cultural segregation – is about a story spoken.

First centred on a poignant father-son bond, and later becoming a coming-of-age story, The Lion King sits on a rich material of mainstream melodrama. Favreau (who also directed the much-loved The Jungle Book) doesn’t shy away from the grand, and sometimes the results are bewitching. Consider, for instance, the scene where Scar, jumping from one cliff to the other, is both threatening the hyenas and detailing his plans of murdering Mufasa and Simba. Vidyarthi’s voice is riveting here, and so is the ‘virtual cinematography’ –  a blend of motion capture and VR technology. (No live animals were filmed for the movie; much of it was shot on a blue screen stage in Los Angeles.)

Or take another scene, where a fearful, grieving Simba is walking alone in a desert. This bit is filmed from far, making it look as if the cub is walking on a huge trail of paper-thin sand, about to fall any minute. There are some brilliant points of view shots snaking through trees and vast-lands, especially during tense chase sequences, capturing both dread and exhilaration.

This kind of ingenuity though is otherwise missing from this movie. The writing here is quite pedestrian, regurgitating been-there-felt-that thoughts. Mufasa likening stars in the sky to our dead loved ones has has been done so many times, in so many Hindi films, that it makes you feel nothing. (Some context: Munnabhai MBBS had a similar scene, which felt old even for that movie – and that released more than 15 years ago.) Then there are songs – five in the dubbed version – trying hard to create a mood, at times propel the plot, but they’re often dropped randomly, taking you by unpleasant surprise.

The Lion King releases at a time when the Hindi-dubbed versions of Hollywood blockbusters have really upped their game. The translations not just capture the essence of the originals but also remain true to the local flavour (case in point: Deadpool 2). But The Lion King, despite some technical smarts, manages to only sporadically impress – like a flickering tube light that never quite comes to life.