Movie Review: 'Super 30' Is Formula-Bound and Replete With the Ironies of Privilege

Vikas Bahl insists on prodding us to see the obvious. 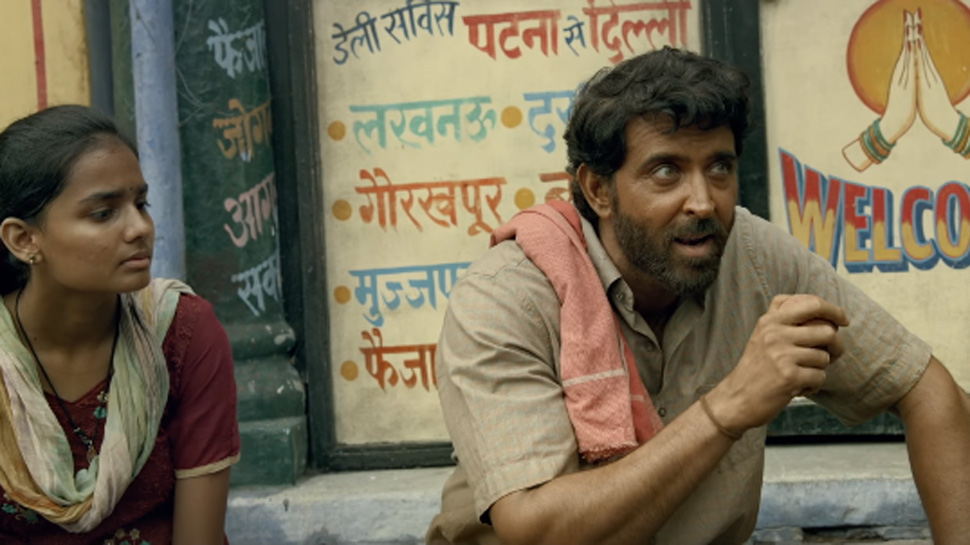 The first scene of Super 30, directed by Vikas Bahl, unfolds like a patriotic WhatsApp forward. Here, we see a young Indian scientist, Phuga Kumar (Vijay Varma), deliver a speech in Hindi to an impressionable foreign audience. “That’s right, from India – a third-world country, a nation of cheap labour,” he says. “But then we think: Who is the worldwide head of Pepsico? Who’s running Unilever? Who’s running Mastercard, Vodafone, Deutsche Bank?”

Phuga worked as a security guard in Bihar before enrolling in Super 30, a coaching institute preparing impoverished kids for IIT, started by Anand Kumar (Hrithik Roshan).

Super 30, inspired by Anand Kumar’s life, continues juxtaposing India with the world. “Study like America,” says Shriram Singh (Pankaj Tripathi), the state’s education minister, in a speech. “India makes people – calculator people.” This point is further echoed when Kumar is thrown out of a library because he’s not a member. He can only get access, he’s told, if he authors a paper in a reputed (read: international) journal. Which he does and secures admission to Cambridge – there’s a scene at the post-office where Kumar’s father’s colleagues disparage him for dreaming big – but is eventually unable to attend, because of his financial condition.

Kumar’s life can be seen through different lenses but Bahl brings to this story, right from the start, a strange form of insecurity and one-upmanship.

Most stories, when told well, are greater than the sum of their parts. But Super 30 isn’t easily content: it wants to both tell a story and tell us how to feel about it. This wouldn’t have been as much of a problem if its hero, Roshan, demonstrated even a fleeting interest in Kumar, his journey, or the milieu.

To begin with, Roshan speaks in a weirdly affected argot, which can only be classified as ‘Bandra Bihari’. It’s an old, easy hack: ‘f’ becomes ‘ph’ (“phact”), ‘sh’ becomes ‘s’, ‘kya’ becomes ‘ka’, and so on. Roshan’s dialogue delivery is so off the mark, so out of sync, that you have to accept it as an unfortunate given – like a blazing sun in scorching summer – otherwise you’ll walk out of the film in the first 20 minutes.

The irony springs at you, here, like a clichéd turn of phrase: a bunch of privileged Indians – culturally similar to, and wealthier than, their ‘first-world’ counterparts – making a film on ‘poor’ India and, in the process, failing to get even its diction right, like seeing someone beside you with a pair of binoculars.

Even amid the near-constant sloppiness, though, there are glimmers of surprise: Mrunal Thakur, playing Kumar’s girlfriend, is an intriguing, arresting presence. There’s a romantic song, by Udit Narayan (who, besides Kumar Sanu, remains a popular singer in the state), trying to capture the aural essence of Bihari love in the ’90s. Some dialogues are unexpectedly funny, casually offsetting the gloom.

But Bahl, not satisfied with life itself, is fixated on magnification, prodding us to see the obvious. Kumar’s father collapses, with a heart attack, when the family is talking about Cambridge; it is, of course, raining hard when Kumar’s driving him, on a cycle, to the hospital; and that cycle – as hinted in the earlier scenes – breaks down, leaving the father dead, and Kumar shattered. The deployment of melodrama isn’t as much of a problem; its mechanics are. Super 30’s gaze is tediously formulaic – the elements of nature, a wailing background score, misery folded on misery. If this movie were a novel, its opening line would have read, “It was a dark and stormy night.”

Bahl only sporadically succeeds. The scene, for instance, where Kumar is having a heated exchange with Lallan Singh (Aditya Srivastava), the owner of a local coaching institute: as Lallan tries to convince Kumar to join his institute, in front of his students, a heavy storm is underway, first felt through the rattling sounds of tin roofs and walls of his modest enterprise; cornered among adversaries – both man-made and natural – Kumar stands unfettered, underlining his stance with a clever kicker.

Another such sequence is centred on the kids of Kumar’s coaching institute performing a scene from Sholay (1975) in English in front of their well-off peers, which culminates in a song sounding like a quirky anthem, “Basanti No Dance”. It is a potentially ludicrous scene – the shame of poverty can’t be overcome by performative art – and yet it works, due to directorial conviction and winsome acting.

But the movie’s flaws drown out everything else. Bahl, like many Bollywood directors, simply doesn’t get the rigours of higher education. So he resorts to another tired trick: of making learning ‘sexy’ – Kumar takes his students out of the classroom and asks them questions that blend the intricacies of math and physics with real-life situations (“If Sachin hits Shoaib Akhtar for a boundary, calculate the force with which the ball leaves the bat”) – resulting in scenes that may look momentarily ‘cinematic’ but bear no resemblance to the world of IIT aspirants.

But nothing can match its bizarre climax, which turns the students into mini-Rambos, using the concepts of physics (a day before the IIT exam), to take down Lallan’s goons. This is not a movie about the world of have-nots, about their misfortunes and despair and grit – or about the man who saw the light of science in the dark alleys of a rigged system. This is a film about monetising those experiences – in the garb of an ‘inspirational’ story – without even attempting to understand where they come from. And for a film thumping its nationalist chest, its end credits endorse Kumar’s achievements through three things: Time magazine, Newsweek and Barack Obama. You do the math.