Movie Review: 'Mard Ko Dard Nahi Hota' Gets Nostalgia Right, But Can't Stand on Its Own 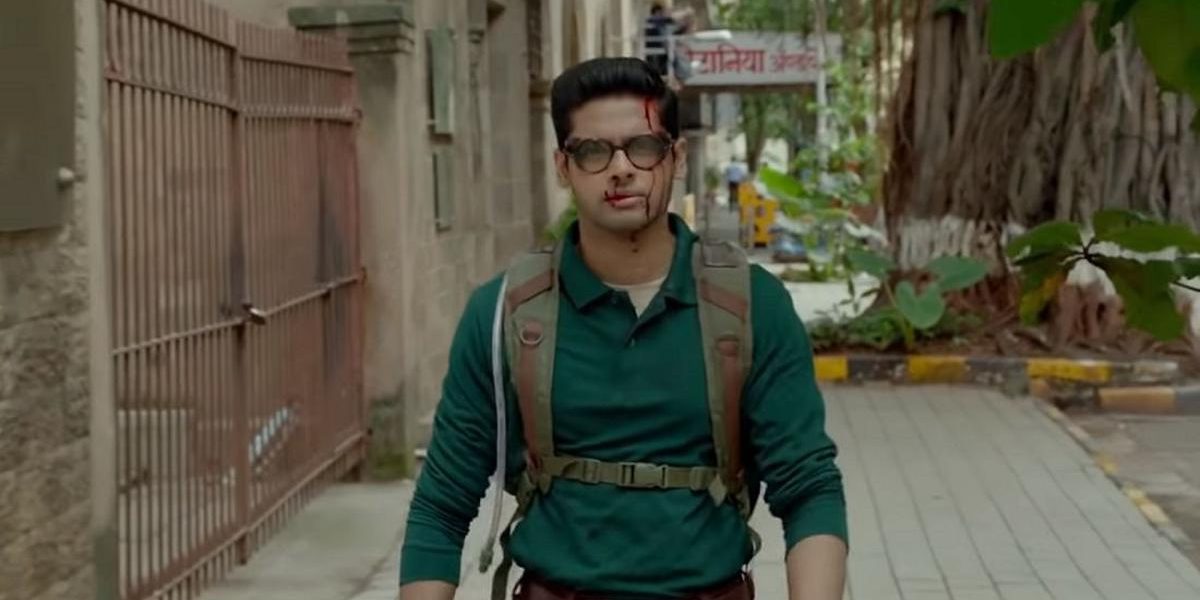 The boy stands in the centre of frame – locked fists, glaring eyes, raised forearms – facing a bunch of goons. We’ve seen this set-up more times than we can remember: blows land, blood flows, the hero wins.

But Vasan Bala’s Mard Ko Dard Nahi Hota – a film that both celebrates and ribs Bollywood actioners – doesn’t believe in instant gratifications. It knows its lineage and aspiration, and yet remains unafraid of (light-hearted) critique, like a junior artist whispering taunts about a star who can’t nail a simple shot. So as the ruffians charge towards the boy in slow-motion (with a discordant Kishore Kumar number playing in the background), some of them trip and fall, quickly upending convention. And then, in a true filmy style, we cut to a flashback, upsetting another anticipation.

Surya (Abhimanyu Dassani, a calm, assuring presence in his debut) is born with a rare condition, congenital insensitivity to pain, which, as the name suggests, renders him pain-free — or, in Bollywood parlance, makes him a perfect hero material. He’s free of pain but not necessarily free. His condition shackles him in other ways: he has to be mindful of any bodily injury, regularly sip water to avoid dehydration, wear swimming goggles (the last two requirements lack satisfactory explanations). The end-result is curious and endearing; the boy looks like an ‘aquaphile’ alien in school: someone who has chosen to be a misfit, depriving life of that chance.

Bala (whose debut movie, Peddlers (2012), premiered at the Cannes Film Festival but failed to find a theatrical release) shoots these portions with evident fondness and, in the process, highlights the first crucial lesson that cinema taught us in childhood: the stark disconnect between expectation and reality. Time and again, he sets up scenes that take a sudden detour, commenting on the chasm between life and film, while poking fun at our familiarity with the Bollywood tropes.

A film like Mard Ko Dard Nahi Hota, essentially a nostalgic postmodern riff, works best in referential mode – both borrowing and contributing to the popular culture – but stumbles when relying on its own weight. That is so because at the heart of the movie lies two conflicting tones: an amusing, wry look at the story – and the universe of martial arts films – from the outside, and a more sincere gaze from the inside, which, on close probing, feels substantially less convincing.

In fact, the film reveals these inadequacies through its female lead, Surya’s childhood friend, Supri (Radhika Madan, another debutant who turns in a breezy performance but struggles in melodramatic scenes). Unlike Surya, she has more regular aspirations: of marriage, financial stability, moving abroad. Supri meets Surya after a decade and, in a revealing scene, asks him, “You still talk like that?” – referring to their shared childhood dialogues – “Grow up.”

It’s not an inaccurate assessment. We don’t get a real sense of Surya’s emotional growth (or the lack of it). When the film treats him as a character, a repository of pop cultural eccentricities, he’s believable and fascinating. But when he has to be ‘real’ (a person), investing emotions in people and things, he’s markedly less appealing.

Surya’s childhood hero, for instance, is a martial arts champion, Karate Mani, Jimmy’s twin, whom he has idolised for years. And yet, when they meet and get embroiled in a tricky situation, you don’t get any sense of their emotional bond. You can perhaps treat the whole film as some sort of a fantastical lunge, dissolving boundaries between reality and fiction (in one fight scene, Surya even says, “Is this dream or real? Let the gravity decide”), but that is contradicted by Bala’s treatment of Surya and Supri’s families: regular middle-class folks very much steeped in the real world.

Also read | ‘Hamid’ Is a Humane, Clever Look at the Aftermath of Violence

In another scene, Supri breaks down in front of her mother, saying she’s clueless about her life. But what makes Surya indifferent to such concerns? He’s only inoculated to pain, not to other middle-class worries. This may seem like needless hand-wringing for a movie toying with genre conventions, but these inconsistencies arise because Mard Ko Dard Nahin Hota, due to its moviemaking style, invites a second reading. Besides, the film’s story on its own merits little intrigue. So once you get used to the pranks and the wicked sense of humour, there’s little else to be surprised by. The film also gets increasingly random towards the climax, losing its once committed sense of purpose.

But Mard Ko Dard Nahi Hota is ample proof that Bollywood masala, often derided for being unoriginal and lazy, can also inspire personal, heartfelt filmmaking. Beauty, after all, lies in the fists of the beholder.