Review: 'Kaamyaab' Has Wings, but Fails to Soar

Starring Sanjay Mishra, Hardik Mehta’s Bollywood centric film is about a man trying to rewrite his story after the end credits have rolled. 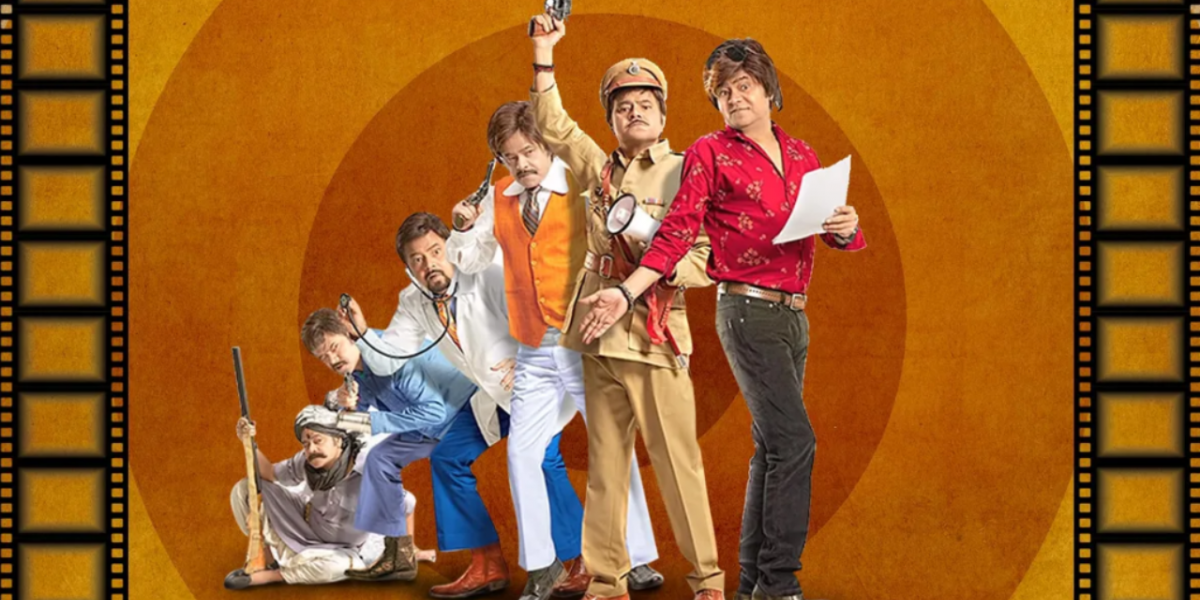 Some things are so specific to Indian society — and the Hindi film industry — that they demand unique descriptors. Take character actors for instance: blink-and-miss roles in old Hindi films that, even though not central to the plots, were so ubiquitous that they had a separate legion of performers. Character actors — often playing servants, henchmen, watchmen — mattered to Hindi cinema, because Indian society is deeply hierarchical; it needs people for their duties not their personalities.

Hindi cinema is similarly tiered, with its centrepiece, the hero, at the apex of the pyramid. The “character actor” as a word then is an intriguing amalgamation. As if actor by itself is not enough, as if “actor” only belongs to the hero. The word “character”, used as an adjective here, doesn’t amplify, rather diminishes.

Hardik Mehta’s Kaamyaab, centred on a renowned character actor, is about a man trying to rewrite his story after the end credits have rolled.

Sudheer (Sanjay Mishra) has retired from acting. In his prime, he appeared in hundreds of films, playing an assortment of small roles. His most memorable moment came as Shera, as a villain’s underling, who says, “Bas enjoying life! Aur option kya hai?” The villain shoots him right after.

Sudheer now lives in a Mumbai suburb (presumably Andheri), where his life has fresh alcohol, stale food, and an occasional phone call from his granddaughter who, with her parents, lives in Powai. Despite their insistence on living with them, Sudheer prefers his own company.

The inciting incident comes in the first scene itself, when a TV journalist, interviewing Sudheer, tells him that he’s acted in 499 films. “499?” He sits up. Yes, there’s a website that keeps track of all your roles, she says, along with its name. “IMBD?” He’s heard the name for the first time. Sudheer was only surviving till now, but the chance of scaling a milestone has given him hope: to live.

We first see Sudheer through the monitor of a camera; he’s initially disinterested in the interview, all flat and cynical. He compares character actors to aloo (the eternal companion — “aloo gobhi, aloo baigan, aloo tamatar”). But when he hears about his potential milestone, he perks up. He asks for another take — as if everything, life itself, can be moulded to the whims of fiction. As if life is nothing but a sum total of different identities — some more false than others.

The conversation, too, is wonderfully shot, through three camera angles, eschewing the usual profile and over-the-shoulder shots, making it just about disconcerting. And then, the power goes off. A miffed Sudheer steps out, and shouts at the watchman. There’s no watchman, so he pretends to be one and answers back, mimicking his voice. The pliability of identity is literal now. It’s a masterful scene — easily the best of the film — where the theme, story, and muted pathos of the hero coalesce into an entertaining, engaging piece.

Also read: Movie Review: ‘Thappad’ Shows Us a Reality Hidden in Plain Sight All Along

Through the story of a character actor, Kaamyaab pays tribute to its entire universe. The film is dedicated to Viju Khote (the veteran actor who died last year); at different points, many renowned character actors drop in and out of the film. In an early scene, Sudheer is framed through different close-ups and snappy edits, like a Bollywood hero in the ’70s and ’80s. There are abrupt close-in camera movements that capture the ethos of a certain seedy Bollywood. The background score too, is a participative, frolic presence, heightening the joy inherent to the film.

But there’s nothing kitschy here — no “oh look, how quaint” distancing — just a nostalgic fondness for a world that no longer exists. In a film industry historically besotted with the heroes, Kaamyaab acknowledges the silence breathing behind the spotlight.

The movie is also alive to the rhythms and politics of Mumbai film production. It’s a world where everyone is a “sir” or a “dada”, where the honorific “ji” isn’t too far off; where on-set hierarchy is supreme; where people respect character actors; where even snubbing is gentle and laced with empathy. There’s also a fascinating Bollywood rumour — purportedly involving the legendary B-movies director Kanti Shah and a big Bollywood star, where the former superimposed the latter’s push-ups on a naked moaning woman — that is central to the plot. (In Kaamyaab, it happens to Sudheer, compelling him to quit acting.) There’s much in the movie that Bollywood aficionados will recognise and respect.

The film derives much of its poignancy from Mishra, who does a striking job of capturing Sudheer’s insecurity, false swagger, and latent disappointment. Even though Kaamyaab largely revolves around him, other actors — such as Isha Talwar (Sudheer’s neighbour, an aspiring actress, who slowly understands the crushing realities of Mumbai), Deepak Dobriyal (the ace casting director who is street-smart to a fault, yet not cunning) and Sarika Singh (Sudheer’s daughter who has resigned to a negligent father) — constantly orient the film in newer directions, giving us gateways aplenty to see this story.

Yet, the movie goes only so far — or rather, is only willing to go so far. A drama committed to realism and attention to detail, Kaamyaab suffers from stray formulaic telling. A song before the interval for instance, ‘Umeedon Ke Paon Bhaari Hai’, signalling Sudheer’s hope (when he signs his 500th role), has a light indie pop-folk feel, a choice of music far removed from his world, a moment that distances him from his own story.

Besides, a movie that gently ribs the old, Kaamyaab resorts to the same old tricks while depicting Sudheer’s paranoia: he sees visions; he injures himself; he flails around in the house — the kind of unconvincing scene that mark many Bollywood movies. Even the final scene, Sudheer performing in his granddaughter’s annual function, is potentially poignant but ultimately middling, for it rests on jarring writing and performance, doing little to earn the heartfelt moment.

But more than that, Kaamyaab doesn’t investigate its material as deep. A film lacking searing ambition, Kaamyaab is surface-level (although not superficial). It does an impressive, often moving job of entering a hitherto unfamiliar world, depicting its relevant aspects and nuances. But beyond a point, there’s not much to look at or remember. Whether it’s the strained father-daughter relationship, the stifled ambition of a perpetually ignored actor, the desperate desire to stand out when you’re destined to be ordinary, Kaamyaab stops surprising you after a point.

Is a film bound to be ambitious though? Not really.

In Bollywood, just making an entertaining movie is enough – which Kaamyaab is, no doubt. But while it’s crucial to remember films for what they’re, it’s also important to note what they’re not.

Kaamyaab has wings, but it fails to soar.