'Runway 34' Review: A Stale, Obvious Movie Made With Minimum Effort

In most sensible films, the protagonist of 'Runway 34' would have been a repulsive character, but here we’re supposed to root for him. 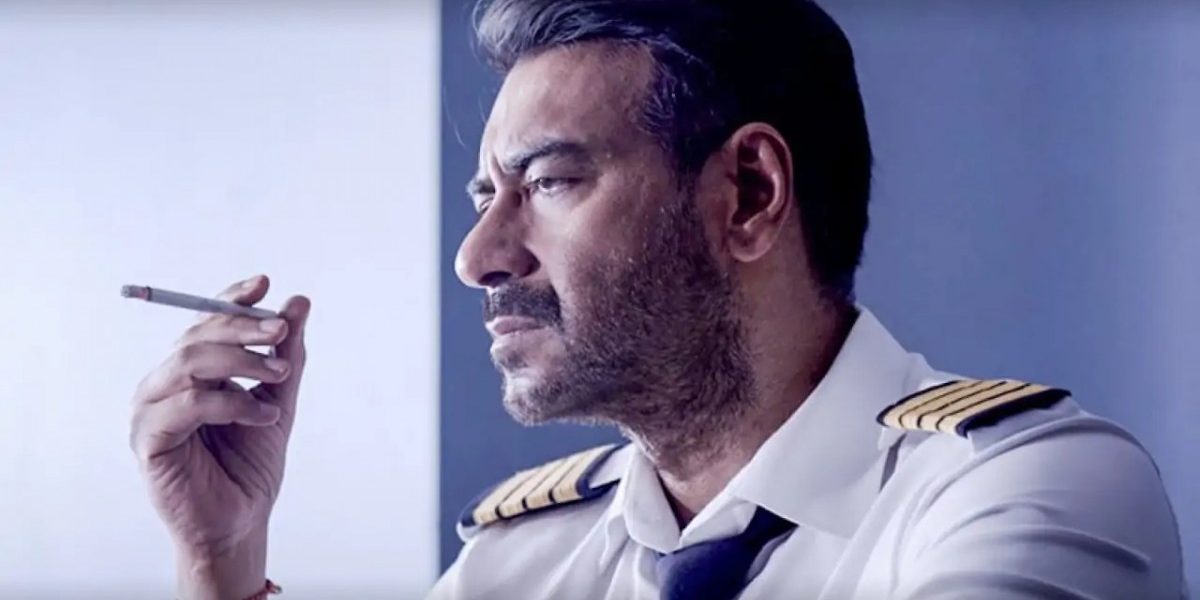 Runway 34, directed by Ajay Devgn, starts with a disclaimer card whose first line reads, “Somewhat inspired by a true story.” By the time the movie begins, a line of text at the bottom of the screen – plucking some much-needed confidence – now states, “Inspired by a true story.” An August 2015 incident, centred on the crash landing of the Doha-Kochi flight, provides the meat of the film. But if you want to find its bone – its real “inspiration” – you need to go further back, the 2012 Denzel Washington drama, Flight.

Like Whip (Washington), pilot Vikrant (Devgn) has been partying the night before flying. Like Whip, Vikrant struggles to get out of the bed and stay awake during the flight. Like Whip, Vikrant effects a miraculous landing – almost saving everybody on board – but gets pulled into an investigation that threatens to soil his reputation and career. Flight was well made and received (earning Oscar nods for Washington and the screenwriter), but Runway 34’s makers can’t even manage the bare minimum: understanding the essence of the original (because of course there’s no point deriding the lack of originality in a Bollywood thriller).

Also read: ‘Jersey’ Is a Predictable Reiteration That Bollywood Thinks Winning Is Everything

Unlike Whip, struggling with alcoholism, Vikrant is a hero. He retains the former’s arrogance and confidence but has no inner-life. The movie expends a lot of time reinforcing that image. He pops a cigarette in his mouth in a public place and, when someone says it’s a no smoking zone, replies, “I haven’t lit it, have I?” Other characters rally around and praise him. One calls him an “ace pilot”. A song cheers him in the background: “He’s the one, he’s the alpha man.” He brags about his “photographic memory”. He’s constantly mean and hostile to his co-pilot, Tanya Albuquerque (Rakul Preet Singh — we’ll get to her in a bit).

In most sensible films, Vikrant would have been a repulsive character, but here we’re supposed to root for him. Helping the audiences, Runway 34 provides two examples of him being nice – and there are no surprises here – a) when he’s talking to his daughter, b) when he’s comforting an old woman. Runway 34 is, what I like to call, ‘Basic Bollywood’ – a brand of filmmaking that expects maximum reward from minimum effort, that too stale and obvious.

The other departments don’t provide much solace, either. The cinematography is especially ineffective, revealing little information ‘per capita shot’. It dissipates tension in cockpit sequences via jarring close-ups (maybe this style can be called – shake, don’t tell). It cuts from one screen to the other – displaying ominous flight details – that only become clear through dialogues. Most shots don’t convey as much as withhold information, contrary to their intended effort.

The movie doesn’t improve in the second half, too, when Vikrant endures tough interrogation sessions in a courtroom-like set-up, helmed by the Aircraft Accident Investigation Bureau officer Narayan (Amitabh Bachchan). A conscientious man, Narayan is all taunts, anger and intimidation – in shudh Hindi. Bachchan plays his role with admirable verve and relish – the film’s only high-point. Because even other seasoned performers, such as Boman Irani, look like overacting embarrassments. Singh’s Tanya is quite unconvincing, too, and the only interesting (if not credible) thing about her character is her last name. She corrects Vikrant and Narayan when they mispronounce it (her colleague calls it “Alber-cocky”), trying hard to inject humour in an insipid fare. Here’s another one (at their expense): One kind of Albuquerque is Breaking Bad, the other is, well, just bad.

Like most Basic Bollywood graduates, Runway 34 tries to make an already dramatic story more dramatic and ends up making it… less dramatic. So, it’s not enough that an aircraft carrying around 150 passengers is in danger, we also get an Air Traffic Controller, Tripathi, at the Kochi airport, whose son has recently died. Even that’s not enough, because Tripathi soon begins to cough vigorously (“drama! Drama! More drama!” I could almost hear director Devgn scream). Again, it’s not enough that the imperilled airplane, running low on fuel, is circling in the air, looking for an opportunity to crash land. It must land in such a way that the airplane drags to the edge of the cliff. It’s bad enough that Vikrant has been summoned for a hearing but before that he meets a few hostile officers, who inform him with (bizarre) glee that, in fact, his feat wasn’t heroic, for a woman (yes, the same one-out-of-the-two-people-whom-Vikrant-is-kind-to old woman) has died en route to hospital.

By making Vikrant unambiguously ‘good’, the makers give their own story away. The interrogation segment runs out of bite because we know how the film will end. Several characters and subplots remain stagnant for large unfocused portions. The tension in the film doesn’t leap at or surprise us, rather conveyed through dialogues – the net effect is reading a thriller on a teleprompter. The dialogues are so bad that even yawns roll their eyes: “Har cheez ki keemat hoti hai”, “hadbadi me log gadbadi kar baithte hain”, and on and on. No one expected the sky from a film like Runway 34, but it is more pitiful than a sputtering aircraft on a deserted tarmac.