A documentary film has made disturbing allegations about Michael Jackson and child sexual abuse. Whether true or not, the film raised some important issues. 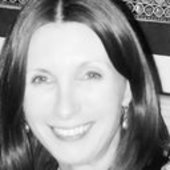 Since Leaving Neverland – the disturbing documentary film about Michael Jackson and the nature of his relationship with two young boys – aired, many of Jackson’s fans have said they cannot believe their idol would commit the abuses alleged by the now adult men.

But others watched horrified as stories from the 1980s and 1990s were recounted. Viewers asked: how could this have happened? How did the parents let their children get into such apparently dangerous situations? And why weren’t red flags raised at the time?

I’m not going to speculate on the accuracy or otherwise of the two men’s stories. But, true or not, they raise important issues which we need to better understand if we are to prevent abuse happening.

Historically, as a society we have actually found it very difficult to believe allegations or to acknowledge possible signs that child sexual abuse is occurring. Several theoretical explanations have been offered for this including our need to believe in a just world where this kind of thing isn’t done by adults to children. Just world beliefs encourage us to conform to the rules and regulations of our communities, since we believe that this will be rewarded with a safe and orderly existence for us and our families. So we find it difficult to comprehend that bad things happen to those who do not deserve it.

There are several common misconceptions about child sexual abuse which can make it hard to believe allegations when they are made. These include the belief that sexual abusers are monsters who are violent and frightening to children. We also tend to believe that parents would know if their child was being sexually abused or that children would tell someone immediately and that they would display fear towards the perpetrator. It’s also commonly – and often wrongly – thought that a child’s statements about experiences of abuse would remain consistent over time.

It is quite natural to think of child molesters as monsters who intimidate and frighten the children they prey on. But while there are various types of offender, many are able to gain access to – and the trust of – children due to their ability to attract children to them and to emotionally and socially connect with them. Such offenders will gravitate towards children who are shy, withdrawn, lonely or rejected by peers. They work to create an emotional bond with the child through becoming their “best friend” and making the child feel “special”.

In this way, the child becomes emotionally dependent on the perpetrator. The dependency is further fuelled by isolating the child from others. This grooming process can take between hours and months and the sexual element is often introduced gradually through desensitising the child to touch using hugs, rough and tumble play or tickling. Rarely, does child sexual abuse involve violence or threats of harm (any threats that are made tend to relate to the consequences for their relationship should they be “found out”).

When offenders do not have a legitimate reason to have unsupervised access to a desired child or the child is so young that they have little autonomy outside of the family, the motivated offender will also groom the child’s parents. Indeed, it is reported that the child’s parents are often groomed before the child.

The abuser will ingratiate themselves with the parents, doing small favours and creating an emotional bond with them. It maybe something as simple as offering childminding to give the parents a much-needed rest. The bond is created by sharing personal information, particularly that that which signifies vulnerability. Their involvement in the family become natural, normal and highly welcomed. Some will come to be heralded as the family’s saviour.

This means the parents’ natural guard against “strangers” around their children will be lowered, if not dropped. Any suspicions that might arise will be automatically be dismissed or explained away, since they become unable to comprehend how anyone so wonderful could possibly engage in something so abhorrent.

Why don’t they tell?

Very few children disclose sexual abuse at the time that it is occurring. Where disclosures do occur, these tend to be where the abuse is a one-off incident perpetrated by a stranger with little by way of grooming. So the abuse is more readily conceptualised as an unwanted assault by both the child and others to whom the child discloses.

There are many reasons for non-disclosure. One reason reported retrospectively by adults who were abused as children, is that they did not know that what was happening was wrong. Some children even feel hurt by the perceived rejection when the abuse ends. Many only come to realise that their experience constituted abuse as they entered adulthood, and they can see the relationship from a new perspective. This realisation, which can be perceived as a betrayal of trust, can result in delayed trauma due the abuse only emerging in adulthood.

Despite the new realisation of the abusive nature of the relationship, it is not unusual for adult survivors of child sexual abuse to report still feeling a conflicted love for the perpetrator. This has been likened to “Stockholm syndrome”, which has been found to arise in hostage situations, where a deep and immutable bond is established with the perpetrator. So there there can be an ongoing reticence and feelings of guilt for having reported the abuse. Sometimes statements are retracted as a result. This effect has been associated with a phenomenon known as “child sexual abuse accommodation syndrome”.

As I have said, we’re not dealing here with any specific case. But, in my experience, the alleged horrors detailed in Leaving Neverland – and Michael Jackson’s family denies that they ever happened – appear to conform to the issues I’ve discussed. What is clear is that the trauma such experiences cause can take decades to emerge and can last a lifetime.