Masaan and the Vulnerable Body of Desire

Even one such film a year is enough to keep alive our interest in the new, exciting movement and moment in Indian cinema. 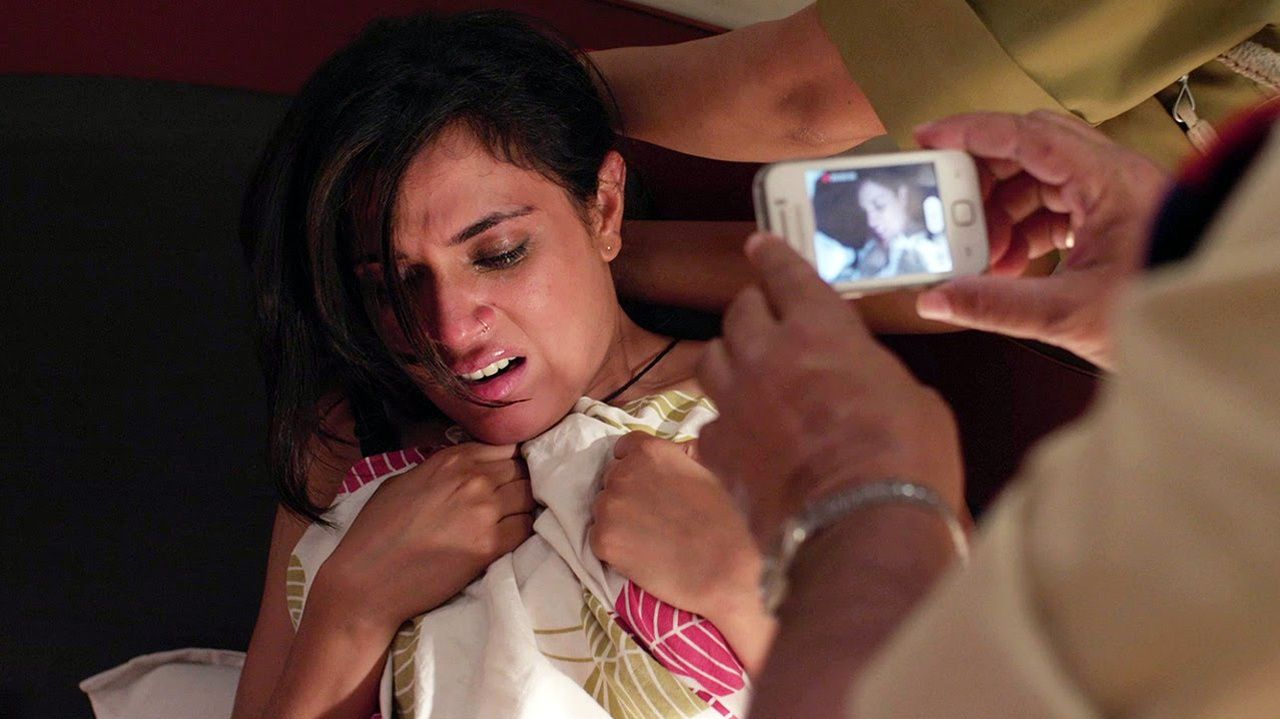 The Hindi title of the film Masaan is an inflection of the Sanskrit word ‘shamshaan‘, which means crematorium. Kabir used the word ‘masaan’ in one of his radical compositions on Holi. The ghats of Banaras, which are also crematoriums, resonate with the inflections inflicted by Hindu society. To be precise, the inflection is that of caste, and the kinds of labour that differentiate the Brahmin and the Dalit.

For Devi Pathak’s father, who represents the upper caste as a Sanskrit pandit and who now performs the last rites, or the sacred ritual for the dead, salvation is the salvation of the soul. For Deepak Chaudhary’s father, a ‘dom’, who represents people of the ‘untouchable’ caste who burn the dead, salvation means the proper and complete disintegration of the body to help the soul escape. Only the ‘untouchables’ see the body as it is, a brittle framework of bones and flesh sticking to each other that needs to be ruthlessly crushed by fire. In their language, the word ‘atman’, or soul, gains an ironic ring: No Hindu soul can escape the body without the untouchable’s labour.

The mantras, or hymns, provide a sacred law, but beyond that law, the profane act of burning the dead by people who are kept out of the sacred law – that alone provides the route for the soul’s salvation. The sacred law of the soul, its Brahminical contours, can work only if the inflection of the profane is allowed within it. That profanity is however admitted through exclusion. The bodies of those who burn the Hindu body are as untouchable as the dead body that passes beyond the sacred ritual. Every lifeless Hindu body, by that logic, becomes untouchable by law, thrown outside it, and finds itself in the realm of untouchability. So all Hindus, touchable by birth become untouchable once they die. But what about those like Deepak who are untouchable by birth? By what cunning was such a law insurrected? By a violent contradiction of the law: Those who help the souls of the pure reach salvation are impure by their act.

In a rare dramatic scene, when the upper caste Shaalu keeps prodding Deepak to reveal where he lives, he suddenly loses his cool and blurts out the occupation of his caste with all the brutalised angst of social segregation. He describes his proximity to the daily sight and smell of disintegrating skulls. Deepak’s outburst is precisely the opposite of the cold illogic of the law that creates it. Vicky Kaushal, as Deepak, in a scene from Masaan

Shaalu and Deepak are separated within a social space through a stigmatised division of labour. For Shaalu, who is in love with Deepak, that division is immaterial. There is something more liberating, more becoming, in that love, than her being a Hindu upper caste. It holds true for all such allegiance to love that has no regard for caste distinctions. When Shaalu and Deepak kiss each other at a lonely bank, they transcend the law of segregation, and become desiring bodies. As desiring bodies they are not subjects of any law, including being any part of the secular law of citizenry. For as we see in the film’s parallel story of Devi and her lover, Piyush – who are brutally interrupted by the police in the middle of coitus – the citizen’s body can be suddenly rendered illegal at a vulnerable moment by the trick of law.

The secular law of the state is suspicious of desiring bodies, and treating a woman having sex with her lover secretly in a hotel as a prostitute is a clear indication of the mindset of that law. The police are able to harass them after they come to know the girl is not a prostitute, precisely because the girl has gone from being the moral property of family and society to being the property of the secular law that betrays her the moment it discovers her in vulnerable circumstances.

Devi’s body becomes the source of the law’s illegal sustenance through intimidation. The secular law of the state not only fails to protect its citizenry but uses the citizen’s body for unfair practices. The rights of the citizen’s body is a myth because the body is still trapped within the moral laws of society while the citizen, as an abstract law bearer having rights of her own, can be subjected to unfair treatment the moment she transgresses that moral law. The police have no qualms about filming Devi’s body and using it to destroy her social status. The law can reverse its role to punish the desiring body. For law does not know desire, but punishment. The body of law is a non-body, out to control the citizen’s body. Does the citizen own her own body? No, the rights of her desiring body are annulled by the cunning of law. The citizen’s body is not allowed to be her own. If you escape social law, the secular law of the state, in connivance with the former, gets you. No exit, to use the bleak Sartrean phrase.

The film captures another aspect very beautifully: The body as a shaky subject of desire, shaken by its moment of unfolding amidst layers of social, cultural and psychological repressions.

Love has to be recovered against the admonitions of law, where bodies can express themselves disregarding the history of law and the law of history

When Devi and her lover stand before each other, their bodies shake as they kiss. When Deepak kisses Shaalu, there is an expression of hesitation and embarrassment on Shaalu’s face, for this was the crossing of another river, travelling into another remote bank of desire, where her body is breaking away from old laws and embracing the law of her own body.

In both cases, the desiring subjects emerge into a newness whose resonances are not merely individual but also social, cultural and moral. Love has to be recovered against the admonitions of law, where bodies can express themselves disregarding the history of law and the law of history. Shaalu’s language of love is mediated by Urdu poets – Ghalib, Akbar Allahabadi, Bashir Badr and Nida Fazli. In a society where families teach you of caste, poets teach you the opposite – of love. Deepak, an engineering student who knows nothing of poetry, who is literate but not literary, however knows of love’s metaphorical language, as he releases a red balloon into the dark sky. It is a poetic act in the middle of a religious festival. Such festivals are about young people across castes falling in love and breaking religious laws. As Deepak’s red balloon soars up, a similar one, Shaalu’s, goes up in response. This beautiful moment throbs with the awareness that beauty is always in danger of being crushed, hence it best thrives in secret.

Questions at the heart of life

The other unique aspect of Masaan is how it raises political questions by moving into the domain of the existential.

After the death of Devi’s lover, she confronts her condition not through rebellion but by introspecting on the depth of her loss. She remains fiercely independent and takes her own course, but remains close to the bank of her trauma. And Deepak, after losing his lover through a terrible accident of fate, is an inconsolable river flowing beside the burning ghats of Banaras. He asks the most unanswerable question to his friends, his body crumbling in pain: Will this unending suffering ever end? No one can answer the question because there is no answer in sight. It is a question that desires solace, not truth.

Finally, both Devi and Deepak find some semblance of life after moving away from their respective homes to another city. But the river stays with them as it changes course along with the course of their lives. And their meeting looks written in the stars, as much as in water. The existential turn in the film’s story also takes us to questions at the heart of life: How to live after passing through a trauma? How to confront the everyday in the midst of loss? The existential is very much within the political. For questions of life are questions that oppression and fate leave you with. Devi and Deepak have to newly confront their relationship with the world and negotiate with the boundaries of other laws.

Director Neeraj Ghaywan and Varun Grover, with whom he co-wrote the screenplay, seem to have worked in close tandem, having managed to infuse the film with the most telling sights and sounds of Banaras and its ghats. The dialogues belong effortlessly to the everyday as much as the powerfully portrayed ordinariness of the characters sit well with the milieu. If Richa Chadda as Devi conveys her conflicted state through her body, Vicky Kaushal’s finely tuned, delicate rawness as Deepak is a surprise, and Pankaj Tripathi holds his reins well. Avinash Arun Dhaware’s camera is as evocative as the film’s tortured soul. Even one such film a year is enough to keep alive our interest in the new, exciting movement and moment in Indian cinema.