The Many Absences of Abbas Kiarostami 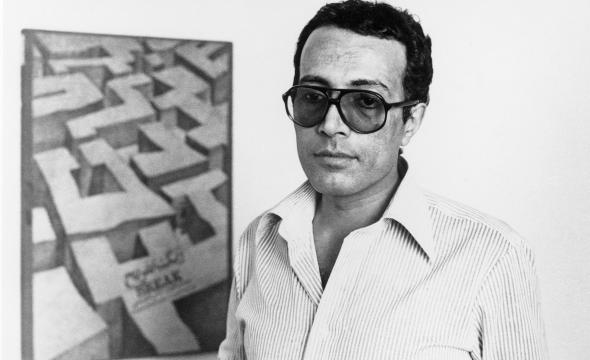 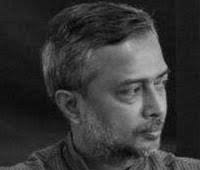 The passing of Abbas Kiarostami (1940- 2016) is one of those moments of mourning that have become rare. It is more common to mourn the loss of technological forms than individuals in the world of filmmaking today, as we are told the age of the masters is no longer with us. Kiarostami was indeed one of the very few filmmakers to emerge in the last couple of decades to be recognized as an ‘auteur’, long after the word lost its currency in film criticism. It is not easy to think of another artist who dedicated himself with comparable seriousness to thinking and feeling with the cinema, to exploring the mingling of life and image into a single breath and flow.

I remember discovering him a little late, in 2001, in another country. We had recently discovered the New Iranian Cinema in Calcutta mainly through the work of Mohsen Makhmalbaf, and were duly impressed with what looked like a cinema of great freshness and warmth. But watching Kiarsotami’s Close Up (1990) and Through the Olive Trees (1994) one felt scales were dropping from one’s eyes. I am sure this experience has been shared by many. It felt as if the eye was healed and reborn. A few years later, when I came upon the philosopher Jean Luc-Nancy’s book on the director, I could recognise some of my inchoate feelings in his words. Nancy says Kiarostami does not primarily seek an image or a sign, he seeks a gaze. This comes from an acknowledgement that cinema has been with us for long, has become part of the world as we find it. To seek a gaze, to arrive at the eye to be set on what surrounds us, is for Nancy a fusion of the evidence that things are and that cinema is. For him this is a great renewal of the exhausted culture of the image. Kiarostami is no longer struggling with representation, but giving us presences, affirmations of a world.

The director told the philosopher in an interview that he wanted to make films where nothing is said, so that the viewer does not receive a single story but creates a story for himself. One could start there. Did he mean an abnegation of narrative, a search for pure forms, abstraction? He did not make the experimental cinema that such things would usually imply; nothing can be more direct than his characters, their lives and habitations – an attribute he shared with most of the New Iranian Cinema. But there is indeed a refusal, a progressive withdrawal (as we move ahead from Where is the Friend’s Home, 1987, and Close-Up to The Wind Will Carry Us, 1999, to Shirin, 2008, Certified Copy, 2010, and Like Someone in Love, 2012) of resolution and closure. Instead of creating an action-reaction system within the screen, the to and fro that informs all regular cinema, he pushes to the fore the fragment that needs completion, needs something from outside the frame as supplement. That is why the off-screen space is so important in his shots. You often see only one face in a conversation, the other is speaking from beyond the frame; the reverse-shot is rendered redundant. Or you find the voice itself, not its bearer. We are also outside the frame, not only the remnant, but we viewers, the co-creators. Kiarostami gave us value as fellow beings walking the earth with him. This is why there is no message, no statement or final resolution. It is observation, full of possibilities. It is movement, which always indicates an elsewhere. People have often remarked on the mix of fiction and documentary in his films, and in the New Iranian Cinema in general. It is more than a question of using non-actors or real situations in his films though. The invasion of the non-fiction creates a strange and precarious balance for the shot in Kiarostami : the face often tends to stand on the borderline of screen illusion, on the limits of the sublimation that gives the screen its self-enclosed wholeness. Take Hossain Sabzian, the man who pretends to be Mohsen Makhmalbaf in Close Up. Kiarostami placed two cameras in the actual trial of this real-life bookbinder and impostor. What is so spellbinding is not a only a poor film-lover’s strange affinities unfolding before our eyes, but also the tendency his face shows of tripping over from the frame of representation to the other side, where we sit as witnesses. The very first shots of Taste of Cherry (1997), with the protagonist seeking the unspeakable (turns out to be his suicide), looking out from his car, fascinate us for the same reason. Not the sheen, nor oblique angles or visceral movement – it is the calibration of distance from the object, the contact that Kiarostami establishes with bodies, which hold us in a zone of re-affirmation of belief.

This is not unconnected to his constant invocation of the cinema in his films. Taste of Cherry has the most puzzling example of that invocation, with a film crew materialising out of thin air at the end. But filming crews are present in many films, especially those he made till the early 2000s. Is it self-reflexivity – the familiar demand of modernism, and now of a ubiquitous cinephilia? One of Kiarostami’s real innovations is to partake of the omnipresence of cinema without the reflexive attitude. He does not cite, let alone make spoofs. The acknowledgement of filming is not meant to reveal some deeper truth; it is part of a seamless reality his films affirm. It is an opening, like the car windows creating frames within frames in his signature shots.

Kiarostami, a product of Iranian modernism and well-versed in Western art and literature, did owe a lot to modernist movements. The logic of dissociation between action and reaction, image and sound, contributed to his language. The shooting van appears in the middle of the emotionally saturated last scene of Close Up. The impostor comes out from the court, the real Makhmalbaf comes and meets him, they ride on the latter’s bike to the household where Hossain had put on his mockery. We only hear the crew talking about audio drops; we see the two riders through the window of the van, constantly obstructed by passing cars or cracks in the windscreen. Facts of filming arise to the surface at the moment the real and the false meet. It is indeed a distantiation device, but the invasion of non-fiction has already meant that everything has to unfold as they take on reality. There is no deeper or prior truth from which the filmmaker, lodged between the real and false Makhmalbafs, proceeds.

The opening scene of The Wind Will Carry Us shows a car winding down the hills to a village, amid fields of harvest radiating colours. We hear the voice of the passengers, don’t see them. We won’t see most of them ever in the film. The conversation is about mundane things, as they almost always are in Kiarostami. The dissociation is deeper than we first think. Not only are these voices not anchored in bodies, the sound is not ordered in perspective either. Volume or tone does not change as we move further or closer. Again, more than revealing the banal fact of filming, such separation of elements are gestures the films make to us to take part in joining things in more than one way. It also prepares the ground for the limits of the visible that the hero of the film, an anthropologist in search of ethnic rituals, will encounter – the preparation for the blank screen.

Elimination of the appearance of the addressee happens self-revealingly in Ten (2002), a film made entirely of car conversations. The technique evolves into its logical end in Shireen, where we see only the audiences’ faces – women watching a film being screened off-screen. We know the (Shireen Farhad) story; we hear the soundtrack and relate it to the shifting expressions on these faces. We see the film the faces reflect back to us, never the one they are watching. The film gestures to the off-screen space not as something waiting to appear in a reverse shot, but as something merging with the reality beyond the instance of the film. That reality contains cinema as well as the winding roads and trees, the always dignified common men and women who populate Kiarostami’s universe.

More than seeking a modernist form, Kiarostami was seeking kinship with poetry. Modern Iranian poets like   Nima Yusij, Sohrab Sepheri, Farrokh Farrokhzad left a deep impression on the cinematic adventure of Kiarostami and his contemporaries. Farrokhzad, a poet who died at the age of 32, also made the pioneering film for what was later called Iranian New Wave, The House is Black (1962). It was from her poem that Wind Will Carry Us cites. Where is the Friend’s Home (not ‘Where is My Friend’s Home’ as Jonathan Rosenbaum reminds us) echoes a poem by Sohrab Sepheri. He wanted to move closer to poetry since it does not try to say things, he told Jean-Luc Nancy. The hard task he accomplished was to withhold so much despite the immersion in the everyday, amidst the celebration of presence.

A life dedicated to renew the gaze could not perhaps have fallen into sleep without picturing the passage itself in the mind. Nancy wrote a beautiful little book on The Fall of Sleep. We see the insides of the eyelids as we fall into sleep; we see darkness, the other side. The point, he says, is not to make sense of the invisible:

“To sojourn in just that other side, not to try to discern the invisible, that is the blind task of sleep.”

Moinak Biswas is Professor of Film Studies, Jadavpur University, Kolkata. The author is grateful to Trinankur Banerjee for the clips.