The acclaimed film is based on the love story of a legendary political couple of Kerala, and delves deep into the life of a forgotten communist leader.

This code phrase from Lal Salam (1990), along with many other dialogues from the film involving lead character “Nettooran” (Stephen Nettoor, played by Mohanlal) would reverberate across the length and breadth of Kerala during the Christmas season 30 years ago, beginning this week.

Lal Salam was released in the backdrop of the district council election, the precursor to the local body elections, in which the ruling Left Democratic Front (LDF) government led by E.K. Nayanar won a landslide 12 of the 14 districts, heightening expectations that the Left would win a second term.

Lal Salam would go on to capture the imagination of the masses and appreciation of the classes alike, and would attain cult status in the years to come. The film ran for 150 days in six major centres in early 1991, with the LDF government utilising the powerful visuals and punch dialogues from it during the election season, which eventually swung away from the Left on account of the sympathy wave generated following prime minister Rajiv Gandhi’s assassination. 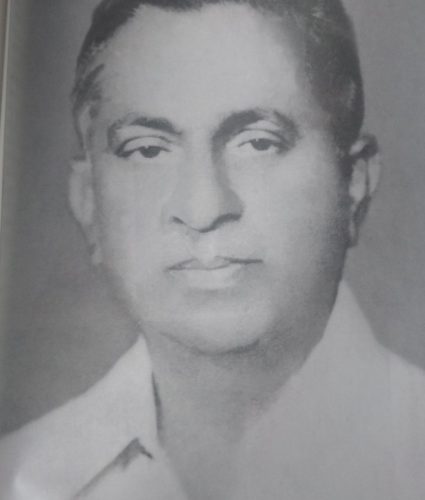 While some intellectuals like to dismiss Lal Salam as “pulp fiction” today, the film has been, to a great extent, true to facts, as revealed by Cheriyan Kalpakavady, who wrote the film. Although it is celebrated as the story of the legendary political couple, T.V. Thomas and K.R. Gowri (who is still alive at 101), it is just as much the story of the forgotten communist, T.K. Varghese Vaidyan (Nettooran), who rendered yeoman service to the Communist party since its inception in Travancore.

Vaidyan had become ‘persona non grata’ for the communists when he did not accept the Communist Party of India (CPI)’s decision in 1979 to sever ties with the Congress at the national level and forsake the CPI-Congress coalition government headed by P.K. Vasudevan Nair in Kerala in the process.

A young Cheriyan Kalpakavady (younger son of T.K. Varghese Vaidyan), who was a final year medical student then, “wanted to change the perception of people towards my father and immortalise him” by making the film, states the 62-year-old, sitting at Kalpakavady Inn, located on the National Highway near Ambalappuzha. The hotel had been the brainchild of Vaidyan himself, who saw an opportunity in starting a decent restaurant back in the day when people traveling between Thiruvananthapuram and Kochi could not find a good place to dine on the way.

“You know, none of my father’s comrades came to his funeral except for P.S. Sreenivasan,” recollects Cheriyan. K.R. Gowri, who was revenue minister in the EK Nayanar-led cabinet then, also came to console her close friend Sara Varghese Vaidyan, soon after the funeral.

Vaidyan and the Communist party

After he lost the first election to the state assembly in 1957 from Thakazhy (Kuttanad constituency today), Vaidyan had applied for leave from the party for four years but when he expressed his wish to become active, he was sidelined citing his newly-attained “bourgeois” status as a businessman.

Vaidyan later became the leader of the All India Communist Party (AICP) floated by Comrade S.A. Dange, which had its first state meet in 1982 at Changanassery, seeing a participation of more than 10,000 people, recollects Lal Varghese Kalpakavady, elder son of Vaidyan and now the state president of the farmers’ outfit of the Congress.

A couple of years ago, when K.R. Gowri was asked about the Lal Salam, she retorted that it was actually the love story of Varghese Vaidyan and his wife, and dismissed some of the dramatic scenes involving the character (Sethulakshmi) modelled on her and T.V. Thomas (D.K. Antony) as “wildly exaggerated”.

The Left-leaning Cheriyan does admit to the fact that they had to take cinematic liberties, although he is absolutely clear that he tried to stay as true to life as he could, along with the film’s director who also co-wrote the script and dialogues, Venu Nagavally. Venu’s father, Nagavally R.S. Kurup, a well-known literary figure, was also a friend of Varghese Vaidyan, and this connection helped them pull off a film that would go on to receive wide acclaim.

Cheriyan remembers that K.R. Gowri wasn’t really happy with the film as he had not glossed over facts that she was uncomfortable with, especially the part about an illegitimate son sired by T. V. Thomas, before his marriage to K.R. Gowri. 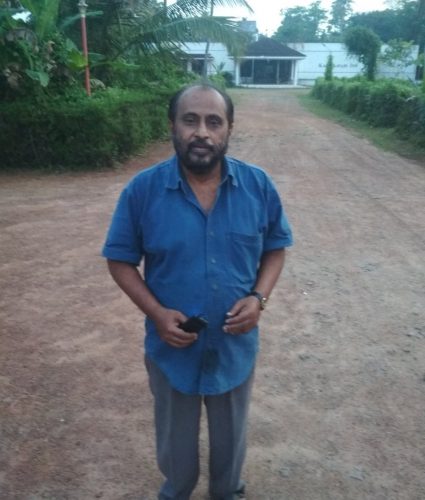 “Growing up, all my friends and relatives knew about it in Alappuzha. There was nothing really secretive about it. It was a brief fling he had with Lousiamma, a relationship he developed when he would go to play volleyball at the beach. In fact, Maxon (the son T.V. Thomas had from that relationship), who was a good friend of mine till he passed away recently, would often say that the film got him respectability and gave him an identity. What was great about Louisiamma is that her love for T.V. Thomas was unconditional, as she refused to reveal his identity despite Congress leaders pleading with her to do so to slander him.”

Cheriyan and Venu Nagavally would go on to make a sequel to the film in 1999 with the same cast (Rakthasakshikal Sindabad) which was, in fact, a prequel to Lal Salam, but it wouldn’t receive the same kind of acclaim. What worked for Lal Salam has been that it has all the recipes of a commercial film, with the right doses of drama, romance and an idealist movement at the core of it.

At the heart of the film is the love story between Vaidyan and Sara, or Thankamma as she was better known (Annamma in the film). Thankamma was the daughter of a wealthy Syrian Christian landlord, Poopally Kuttichan (Medayil Ittichan, played by Madhu). The young Vaidyan, who hailed from a family of Ayurvedic medical practitioners from Thevalakkara, in present-day Kollam, was banished from the then Cochin state to Travancore in 1938 when he, along with Vaikom Muhammed Basheer and P. Keshavadev (both legendary figures in Malayalam literature) plastered revolutionary posters across the city after founding the ‘Kerala Republican Army’ modelled on the Hindustan Republican Army. This particular incident not only finds mention in Varghese Vaidyan’s incomplete autobiography published by DC Books but also in the biographies of Keshavadev and Basheer.

Vaidyan shifted to Alappuzha in the late thirties to continue his medical practice and rented a single-room quarter owned by Poopally Kuttichan for a monthly rent of four rupees. His practice took off and he would join the Travancore State Congress (Congress party in the then Travancore State) under Pattom Thanu Pillai in 1938 and became active in the All Travancore Youth League (youth wing of the Travancore State Congress) as its Alappuzha secretary along with T.V. Thomas, Sreekantan Nair, K.C. George and P..T Punnoose, who would all go on to make their mark as ace politicians. Poopalli Kuttichan, who was a Congress sympathiser, would often ask Vaidyan to have breakfast with him and discuss politics over tea, and soon enough Vaidyan would fall in love with Thankamma.

Thankamma initially rebuffed Vaidyan but gradually fell for the handsome Vaidyan, yet, before she could muster the courage to broach the topic at home, Poopally Kuttichan (and Thankamma herself) would be shocked at the revelation that Vaidyan had become a communist. Vaidyan was unwelcome in Poopally house after that but Thankamma loved Vaidyan, the individual, and his politics or ideology did not alter that. She would have to wait for 14 years to finally marry her beloved in 1952, since Vaidyan was put behind bars for four years following the Communist Party’s adoption of the Calcutta Thesis in 1948 after India’s independence.

Just as depicted in the film, her marriage was accompanied by a lot of drama. Vaidyan was 37 and Thankamma 35 when Vaidyan was released from jail and he sent his comrade-in-arms T.V. Thomas to Poopally house with his proposal. Thomas, hailing from a rich Syrian Catholic family himself, could always walk in to Poopally house as the son of T.C. Varghese, despite being a Communist. Since Kuttichan refused the proposal straightaway, Thomas and Vaidyan hatched a plan to whisk Thankamma away during the Sunday mass. Thankamma had only one condition: that she would get married only in a church and not in a party office.

Thankamma recollected the sequence of events (replicated exactly in the film) writing in Malayala Manorama in 1999, a year before she passed away, “With T.V. Thomas at the driver’s wheel of a green Ford Consel car owned by his father and Vaidyan seated beside him, I had my heart in my mouth on our journey to the Vaidyan’s parish of Thevalakkara, near Chavara in Kollam, where a young Jacobite priest known to Vaidyan consented to solemnising our marriage without fulfilling the due formalities associated with a Christian marriage. My brothers, who soon realised their sister had slipped away, followed us all the way to Thevalakkara but our marriage was consecrated by then. The Poopally family cut all ties with me following this. I wasn’t even allowed a glimpse of the dead body of my father or mother.”

The third generation of Poopalli family had made peace with them, says Cheriyan. “After Lal Salam’s release, Bijoy, grandson of Kuttichan, met me and remarked: after all, it was a love story, what’s the big deal?”

After Lal Salam’s success, Cheriyan went on to become a popular writer in Malayalam cinema and would be associated with many more hits like Ulladakkam, Pakshe, Ardram, Minnaram, Sakshyam, among others.

“Although I could never complete my medical education to fulfil my father’s lasting wish to see me as a doctor, Lal Salam changed my life. More importantly, the film changed the attitude of the Communist party towards us. While practically none from the party turned up for my father’s funeral, the entire CPI (M) and CPI state leaders led by V.S. Achuthananthan were in attendance when my mother passed away in 2000,” concludes Cheriyan.

Watching Lal Salam today, the film doesn’t feel dated or melodramatic. It’s slickly paced and one still gets an adrenaline rush watching some of the scenes.

The brilliant performances by Mohanlal, Murali, Geetha, Urvashi and the supporting cast make it a treat for the viewers and the background score by C. Rajamani elevates the drama.

That such a film could also transcend language barriers (I realised the film has a fan base in West Bengal as well) is a testament to its quality. Even for those with no love lost for the Communists, watching the film could give you goosebumps – as I would testify.

Anand Kochukudy is an independent journalist and former editor of The Kochi Post.