The zealotry of some Muslim groups is no different than that shown by Hindutva fanatics. 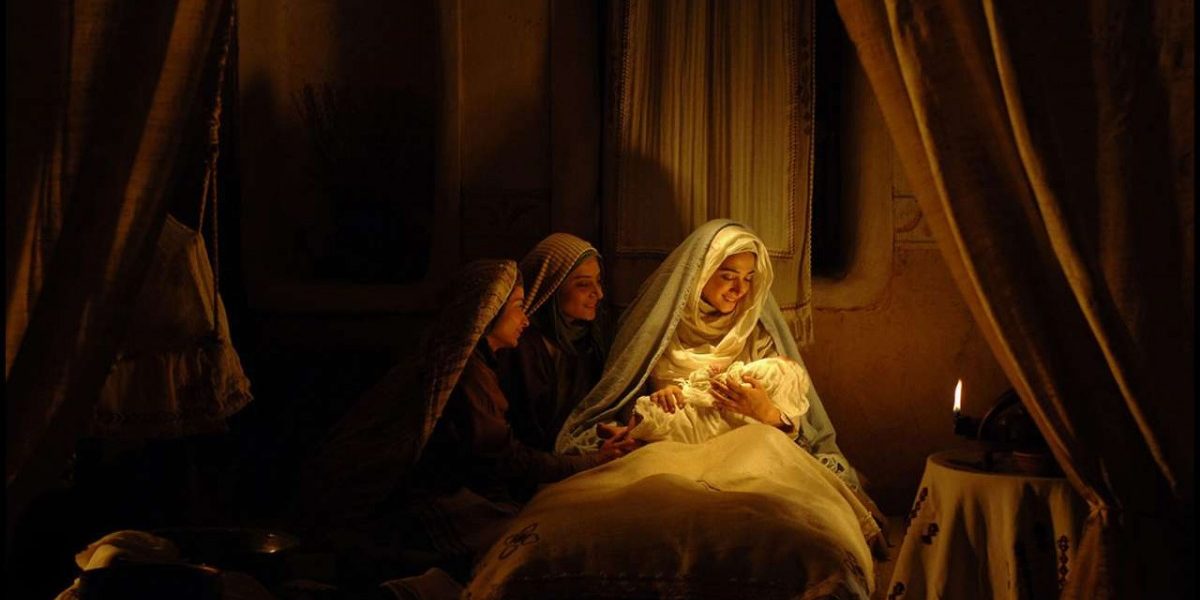 A still from 'Muhammad: The Messenger of God'.

Iranian filmmaker Majid Majidi’s 2015 film, Muhammad: The Messenger of God, the first of a projected trilogy on the life of the Prophet Muhammad, was supposed to be released online in India on the Don Cinema platform on July 21.

Anticipating this, a group of self-proclaimed Barelvi Sunni zealots associated with an organisation known as the Raza Academy in Mumbai have been able to successfully petition the government of Maharashtra to ‘ban’ the online release of the film in advance, which the state government has done. They have also advocated a social boycott of A.R. Rahman, the popular music director of Bollywood as well as South Indian cinema, who has composed the musical score for Majidi’s film.

The home minister of Maharashtra, Anil Deshmukh, has also been persuaded to write a letter to the central government’s Ministry of Electronics and Information Technology saying, “We request you to block/suspend those digital platforms where the movie would be released on the probable date of 21st July 2020 under section 69A and the blocking rules of the Information Technology Act, 2000 and Information Technology Act (Amendment) 2008. It’s also requested to issue instructions/directions to all Digital Platforms like Youtube, Facebook, Twitter, Telegram, WhatsApp, Instagram, Snapchat etc. to ban the release of the aforesaid movie.”

This ‘ban’, in my view, needs to be resisted and challenged, categorically, and without qualification.

I think this attempt at putting into effect a kind of blanket censorship of a film on social media platforms is totally condemnable and if allowed to pass unchallenged, sets a terrible precedent for what might just be normalised in terms of restraints placed on viewing cultures around the moving image in India. It represents the willingness of the Government of Maharashtra to be blackmailed by a group of religious zealots who are eager to impose their preferences on to everyone else. If this goes through, any religious group, can blackmail any authority, to enforce their agendas on to an unwilling public. In India, though this move, in this instance, has been prompted by a Sunni Muslim initiative, it will empower, most of all, Hindu fundamentalist and terrorist organisations in their ongoing culture wars against the peoples of India.

I have seen Majid Majidi’s film, and I have found nothing disrespectful, objectionable, or hateful in this film. The film is made by a devout Muslim, and concerns itself mainly with the events of the infancy and childhood of the boy who would grow up to be the prophet Muhammad. It is intimate, familial, affectionate, loving, and shows a boy growing up to become a caring, thoughtful and compassionate young person, in circumstances that are often difficult. Majidi, whom we know as a sensitive cinematic chronicler of childhood from films like The Children of Heaven, doesn’t let his reverence for the figure of the Prophet Muhammad get in the way of a sensitive portrayal, or vice versa.

The film completely conforms to all the religious strictures pertaining to the representation of the image of the prophet (even though conventionally, these restrictions pertain to the episodes in his life after he reaches his prophethood as mature adult). We never see the open face of the boy Muhammad. Majidi’s film performs a very delicate balance between revelation and concealment of the physiognomy of the boy Muhammad in a manner far more gentle, sophisticated and intelligent than was the case in Moustapha Akkad’s 1975 attempt at weaving a cinematic biography of the Prophet Muhammad with his film The Message. [There were objections raised against this film by Sunni Fundamentalists when it was released as well, and at least one terrorist incident – popularly known as the ‘Hanafi Siege’ – occurred in the United States around it in 1977. The filmmaker and his daughter were killed in a bomb attack in 2005 (that also killed many others) claimed by the ISIS on a hotel in Amman, Jordan that may or may not have been related to the film, many years after its release.] That said, over time, the film, though in my opinion, not a very good one, has been accepted and normalised, and is in fact part of the viewing culture of many Indian Muslim and Pakistani households in South Asia as well as elsewhere.

Majidi, though he comes from a Shia Muslim context, carefully eschews any attempt to inscribe the Shia-Sunni polemic retrospectively into the film, thereby ensuring that it would have wide ecumenical acceptance. The weaving in of strands of solidarity with Jews and Christians, a clear enunciation of a faith based assertion of equal rights between men and women, and a sensitivity to the questions of race and slavery are also part of the film’s carefully worked through rhetorical stances. Women characters, be they Muhammad’s mother Amina, or his Bedouin wet-nurse and foster mother, Halima, are shown to be figures of depth and sensitivity, and they drive the narrative as autonomous beings.

The Sunni zealots in India who have objected to the film have said that the figure of the Prophet cannot be portrayed by any human actor, as the viewer will then associate the figure in his imagination with that actor, who is an imperfect human being. This idea is objectionable in itself. Firstly, the Prophet Muhammad was never a person who denied his own humanity. He stressed that he was as human as everyone else, even though he felt that the divine spoke through him.

Secondly, at least, as far as this film is concerned, we see Muhammad as an infant, and then as a young pre-teen boy. The innocence (‘masoomiyat’) of childhood is a conception widely held across different Islamic traditions, and it would be a travesty, even from a religious point of view, if the Indian Sunni zealots’ objections to do with the possibility of the ‘imperfect human nature’ of a hypothetical actor portraying the prophet were to be transposed on to the figure of an infant and a child. There is a long and beautiful history of eulogies to the child Muhammad, in the form of rhymes, lullabies, playful and affectionate stories and verses in Northern India, in Bengal and in Kerala. These show a sincere and caring love for the Prophet as a child, not contempt or disrespect.

Finally, the objections to the figural representation of the prophet deliberately ignores, or misconstrues the long history of respectful visual representations of the Prophet and his mission in South Asian, Iranian, Arabic and Turkic Islamicate cultures. It betrays a wilful and pathetic ignorance of the history of Islamic art, poetry and literature. Some days ago, I had written of the tragicomic attempts by Hindutva fanatics to express their hostility towards a fragment in a film (Bulbbul) released online. It ended up only revealing their own distance from, and ignorance of the traditions that they were claiming to uphold.

The Raza Academy and its followers have demonstrated that this kind of pathetic idiocy is not the monopoly of Hindutva hotheads alone. One of the enthusiasts advocating the boycott of the film (in a YouTube video that he promotes with the hashtag #BoycottFilmOnProphet) even goes to say that the release of the film is an Iranian (read Shia) conspiracy aimed at sabotaging the popularity of the Turkish web-series Ertughrul Ghazi amongst Indians, Pakistanis and Muslims worldwide. This is the level to which these zealots are prepared to go to pursue their sectarian agenda. Their boycott has more to do with the personality cults of Erdogan and MBS, the triangular culture wars between Saudi Arabia, Turkey and Iran and with Sunni-Shia sectarian polemics than with any real love, or concern for the Prophet Muhammad and his legacy.

Also read: Making A Film To Gauge The Temperature Of The World On A Single Day

I am not for a moment suggesting that Majidi’s film is the best film ever made. But to me, it ranks alongside Pier Paolo Pasolini’s The Gospel According to St. Matthew (1964), Andrei Tarkovsky’s Andrei Rublev (1966) and Vishnupant Damle’s Sant Tukaram (1936) as representing part of a cinematic tradition that engages with the sacred, while maintaining high artistic and narrative standards. To deprive people who care for cinema, and who are devoted to, and/or interested in, and want to know more about, the Prophet Muhammad, his life and his mission, the opportunity to see this film, is nothing short of criminal. Those who do not wish to see the film don’t have to see it. Nobody if forcing them to see it. But those (Muslims as well as others) who do want to watch the film, should be free to do so, and to make up their own minds about it, without fear, harassment or hindrance.

I hope that wiser counsel prevails, and that the move to ban the film in India is rescinded, and that anyone who wants to see the film can watch it, freely, and without fear of legal harassment. While the movie isn’t available on Don Cinema as of now, the internet has many workarounds that make these bans redundant. For all you know, they may even ensure the film a much greater visibility.