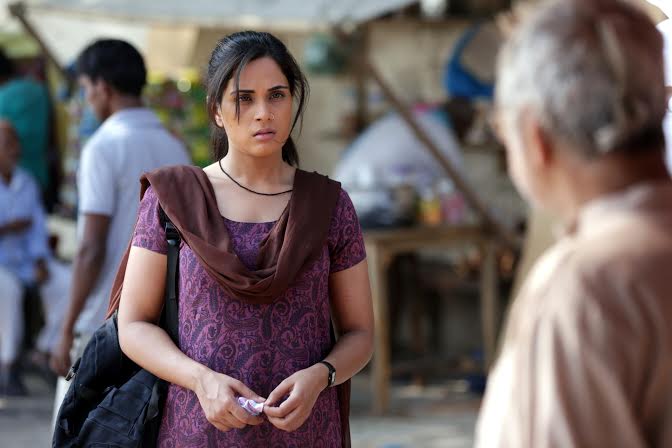 Of the 87 ghats in Varanasi, the history of which a character in Masaan partly delves into, the Manikarnika ghat is known for cremations. Around 200-300 cremations take place daily, a number of workers performing them day and night. How soul-crushing must it be to be around corpses all the time, mechanically arranging last rites, and living amidst smoke and despair? Must emotion overcome a sense of duty at times? How must those men respond to the passing away of a loved one?

Death is as integral to Masaan (which means “crematorium”) as love. A lower-caste boy, having grown up as a corpse shoveler, is woken up in the middle of the night to assist his brother and father with the large number of bodies piling up. He stands atop a terrace, staring down at the fire, the smoke rising high into the Benaras sky, and imagines a life that isn’t as closely intertwined with loss, pain and heartbreak. On the cusp of landing a job in another city and settling down with the girl he loves, the boy is staring at escape.

Neeraj Ghaywan, who assisted filmmaker Anurag Kashyap on the Gangs of Wasseypur films, makes his debut with Masaan, a film that played in the prestigious Un Certain Regard section of Cannes earlier this year – not just winning raves, but also returning with two awards (one for promising debut). Masaan, it is safe to say, carries the weight of expectations you don’t always attach to a film by a first-time director, and it meets them. I found myself getting sucked deeper and deeper into the lives of its broken characters, hoping there is redemption for them in the end, my desire for a happy ending rising and ebbing.

Two stories make Masaan. The first one is about Devi (Richa Chadda), whose sexual encounter with a man is rudely interrupted by a cop, who then begins extorting money from her father (Sanjay Mishra) to keep her “shame” under wraps. Bhagwan Tiwari plays the police officer with casual depravity, making the entire process of harassment over several weeks seem like the most ordinary thing. A stark moment has him reminding the father the harm he could cause his daughter if the old man didn’t pay up the amount, turning to his own little daughter lovingly right after.

Mishra is an actor who can do no wrong, and after a career-defining performance in Ankhon Dekhi last year, and Dum Laga Ke Haisha recently, he breathes life into a film once again. Chadda finally gets to sink her teeth into a deservingly well-rounded character. She’s shown she can play feisty in the past, and while her character in Masaan displays grit, there’s also gravitas.

The second story involves the son (Vicky Kaushal) of a cremation worker, who falls in love with an upper-caste girl (Shweta Tripathi). She introduces him to the world of poetry; he takes her on clandestine bike rides. “Gazab ka hai din” from Qayamat Se Qayamat Tak provides an age-appropriate nostalgic tinge to proceedings. While Tripathi is extremely endearing, Kaushal’s is quite possible the trickiest role in the film – one that could tip the scales one way or the other, and he manages to maintain a sense of balance.

Masaan is written by Varun Grover, whose grip over the milieu and ability to flesh out characters act as the perfect foil to Ghaywan’s ambitious storytelling style. I say ambitious because the straightforwardness of the plot doesn’t seem to restrict the filmmaker. He displays a flair for drama, relying on visuals and sound as much as the script and the carefully put-together ensemble. Cinematographer Avinash Arun captures Varanasi without succumbing to flamboyance, even if he cannot resist making a visual spectacle of it in at least a couple of scenes. Nitin Baid’s editing lends the film the kind of pace that ensures the art-house treatment doesn’t become an impediment in reaching out to a wider audience.

The only problem is that the plot itself is threadbare, relying too much on technique and acting to salvage itself. There are parts in the film, just when the third act kicks in, where you sense the narrative meandering, but Ghaywan manages to find his way out, just like his characters, who too are looking for escape. Their stories unfold in sharp contrast – one character’s life degenerates as the other’s blossoms. The viewer waits patiently for destiny to play its trick, ready to be devastated a moment after witnessing something truly heartwarming.

Masaan lovingly drawing you into anguish and ache, and leaves you with conflicting emotions. Watching the film is akin to experiencing a good cry – you aren’t fully rid of the sadness, and there’s a sense of emptiness after. It’s not the happy ending you want. But it’s good enough.

Aniruddha Guha is a Mumbai-based film critic. He tweets at @AniGuha.