With 'Jaane Bhi Do Yaaro', Kundan Shah Secured a Place for Himself in Film History

Though Kundan Shah made other interesting movies and serials, the 1983 film – black comedy, satire, call it what you will – is the one that he will always be remembered for. 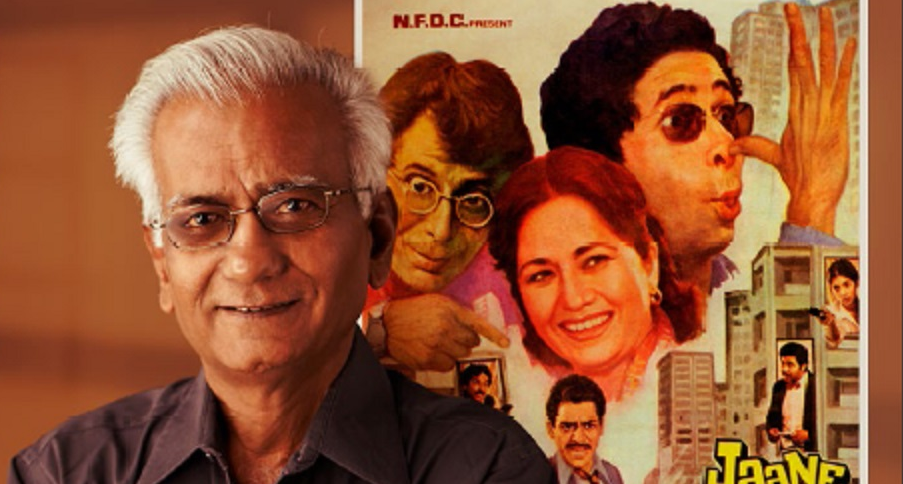 In a scene in Kundan Shah’s Jaane Bhi Do Yaaro, the municipal commissioner of Bombay and a prominent builder, Tarneja, are discussing the construction of a skyscraper. Tarneja (Pankaj Kapur) wants permission to build up to 25 floors, pointing out that the government allows extra Floor Space Index (FSI) wherever there are slums. But there are no slums here, says commissioner D’Mello, played by Satish Shah. To this, the builder declares that from the 25th floor you can see slums all over the place – after all, 40% of the city’s residents live in slums. Finally a deal is struck, thanks to the Tarneja’s flirtatious sidekick Neena Gupta and a deft exchange of a cheque for Rs one lakh.

It is a remarkable scene, not just for its acute observation, but also for the way it is shot – the camera is in the crane with the actors and shows a circling, panoramic view of the city. And of course, the conversation between the representative of the state and the greedy construction magnate about permissions for skyscrapers is as relevant today as it was then.

Jaane Bhi Do Yaaro remains the crowning achievement of director Kundan Shah, who died in Mumbai on Saturday at the age of 69. He made other interesting and sharply-observed films like Kabhi Haan Kabhi Naan, one of Shah Rukh Khan’s bests, and directed well-remembered serials like Yeh Jo Hai Zindagi, Nukkad and Wagle ki Duniya, but the 1983 film – black comedy, satire, call it what you will – is the one that he will always be remembered for.

The film was made on a small budget with a loan from the National Film Development Corporation (NFDC). The NFDC, with its mandate of financing good, independent cinema, was at its peak at the time – Shah’s script won a competition and the corporation gave him Rs seven lakh, a shoestring budget at the time.

Shah gathered his fellow FTII alumni and friends around him and used them to the fullest – Vidhu Vinod Chopra, Sudhir Mishra, Satish Shah, Pankaj Kapur, Naseeruddin Shah, Ravi Baswani, Om Puri, Bhakti Barve, Neena Gupta – each one was either from the parallel cinema circuit or looking for a foothold in the industry. Mishra was the second unit director and Renu Saluja the editor. Chopra, who showed his acting chops in the Mahabharata scene as Dushashan, was the production controller. The dialogues were written by Shah, Mishra and Satish Kaushik, who acted in the film too. Actors were expected to bring their own clothes and props, such as Shah’s camera. It was full of in jokes – Baswani and Naseeruddin are named after Chopra and Mishra, a park is named after Antonioni, the well-known filmmaker.

But the film did get made and though it has achieved cult status since, was not a commercial success. It had no songs, barring the anthem ‘Hum Honge Kaamyaab’, no romance and no conventional fight scenes. In the era of Amitabh Bachchan, it had no chance.

Seen today, it remains as fresh and relevant as ever. The issues of corruption and greed are still with us, and the builder lobby in Mumbai is arguably even more powerful than it was. Bhakti Barve plays a feisty investigative journalist who makes a devil’s pact with the powerful, leaving the naïve Naseeruddin and Baswani aghast. Bureaucrats remain bribable. And the ordinary citizen eventually pays the price.

There are many classic scenes in the film that remain funny – Puri mistaking a dead D’Mello in his coffin as a driver whose car has stalled is one of the best.

But the pièce de résistance remains the Mahabharata scene. The Naseeruddin-Baswani duo and many others crash into the play just when Draupadi is to be stripped and when a very much dead Satish Shah is draped in a sari to pass him off as Draupadi, mayhem ensues.

Shah had said recently that such a scene could not have been shown on the screen today; indeed, he felt that even his film would not have passed the censors in today’s environment.

In 2015, Shah joined many of his industry peers to announce he was returning his national award, won for Jaane Bhi Do Yaaro, to show his solidarity with the striking students at FTII, his alma mater.

A few of his other films such as Kabhi Haan Kabhi Naan and Kya Kehna did reasonably good business at the box office, but he was never known as a big commercial hit maker. Yet, his name was always spoken with respect and Jaane Bhi Do Yaaro, one of the finest social commentaries by Hindi cinema, will ensure his place in movie history.