Renowned filmmaker Kevin Macdonald is all set for a sequel to the crowdsourced documentary, ‘Life in a Day’, made a decade ago. Spotlighting ordinary lives in the course of a day to create multiple images of a world in anxious times will be challenging, he says.

Ten years ago, when filmmaker Kevin Macdonald and executive producer Ridley Scott joined hands with YouTube to embark on the crowdsourced documentary, Life in a Day, the world was a different place. It was upbeat and teeming with a sense of positivity.

“[Barack] Obama had been elected [US President, in 2009] which was a big thing for most of the world. There was hope and optimism that international politics would change, power structures would change,” says Macdonald. 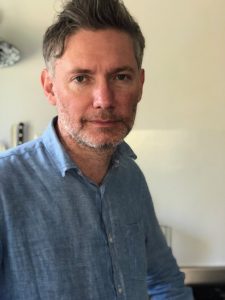 Filmmaker Kevin Macdonald’s aim is to capture the surrealism and beauty of every day life.

Now, as we sit for a virtual interview to mark the start of a sequel to the film, Life in a Day 2020, he can’t help but talk about how we have become a lot less sanguine.

“We are living in times of great political turmoil. There is the rise of nationalism in [many] parts of the world. There is a rise in populism. There are environmental issues that have not been properly dealt with and, over everything else, there is the coronavirus. It’s an anxious period,” he says.

So how would this bleak moment in time reflect in the upcoming film as ordinary people from across the globe get down to filming a day in their lives on Saturday, July 25, just like some others did for Life in a Day on July 24, 2010? Would this moment throw up the big issues of the times – Hong Kong’s protest movement, the anti-CAA/NRC movement in India and the Black Lives Matter protests in the US – or will people zoom in on their unique personal problems. Would people still record the ordinary in this otherwise extraordinary period?

According to Macdonald, “It could make for a very interesting film. The original was innocent. The new one would have to be a lot more different.”

Of course, the fundamental idea of focusing on a single day and “taking the temperature of the planet on a single day” remains the same. It is akin to the way an insect, a fly, sees the world, the filmmaker remarks. “They see the world with a compound eye that is made up hundreds of tiny little eyes. That’s what this film is – many different little eyes. Put together, they show an image no one person can see [in its entirety]. No person can see the vast humanity on one single day,” he says.

In 2010, 80,000 submissions from 192 countries yielded 4,500 hours of footage from which Life in a Day, which is about 94 minutes duration, was crafted. It made its debut at the Sundance Film Festival on January 27, 2011, and was also made available on Youtube. The sequel will also follow the same route.

Similarly, the people whose footage will be chosen, shall be credited as co-directors. “Their life will be memorialised forever as part of this project,” the filmmaker adds.

The idea of focusing on a single day emerged from Macdonald’s interest in British filmmaker of the 1930s and 1940s, Humphrey Jennings. Prior to making films, Jennings was involved in an exercise called “Mass Observation”, which asked participants to keep a diary of a single day. Their accounts had to be built around several questions posed to them – what dog did you see today or what’s on your mantlepiece?

“Out of those diaries came books about ordinary experiences, the surrealism and beauty of everyday life. I wanted to capture that beauty of the ordinary,” says MacDonald.

In 2010, when he embarked on this film project, he too posed several questions to people who wanted to spend a day filming their lives – “What do you love? What do you fear? What’s in your pocket?”

While the first two questions remain in the sequel, Macdonald’s third question is, “What would you want to change in the world?”

The filmmaker who is known for his much talked about documentaries – One Day in September (1999), on the massacre at the 1972 Munich Olympics, and Touching the Void (2003), a docudrama about the bone-chilling physical feat, dangers, perceived betrayal and sheer spirit of survival that marked mountaineers Joe Simpson and Simon Yates’ climb of the Siula Grande in Peru – believes that real life is far more interesting and gripping than a fictionalised one. “Life in a Day is the ultimate expression of that,” he says.

However, one can’t help wondering how life in a day would be for people in the time of COVID-19. For those who have been largely confined to their homes due to the pandemic-induced lockdown, the concept of a day is losing its meaning somewhat – very little separates a working day from the weekend, a Monday from a Friday. It’s easy to lose track of days.

Moreover, so much of what was taken for granted now seems out of reach. Life in a Day had a vibrant  montage of people waking up to a fresh day, holding a newspaper and sipping their first cup of morning tea or coffee. Now, in countries like India, the COVID-19 scare has led to a more active engagement with screens – television, laptop or mobile – at the expense of the physical paper itself.

The first film had footage from Nepal of a Korean who had been on a cycling tour of the world for seven years and had visited over 190 countries. At this juncture, travel is something we can only dream about. “The world has changed enormously and making a film [like this] makes us realise how much it has changed,” says Macdonald. 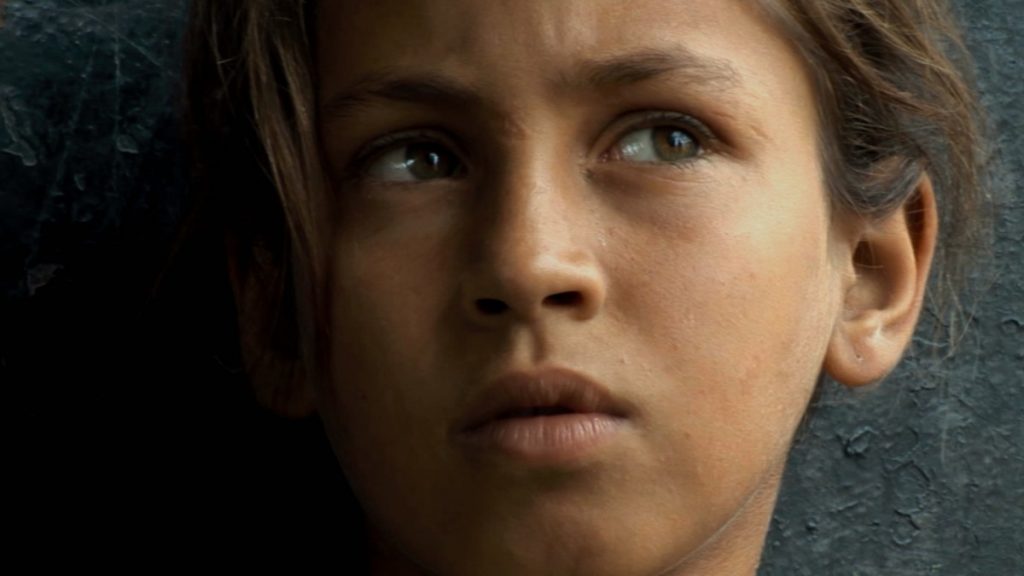 He points out that easy access to smartphones and internet has led to a democratisation of the audio-visual medium itself, which might make a considerable difference this time around. “[People] are used to making videos. I think many more people will take part from around the world. It won’t just be [people from] America or a few rich people. I think [the forthcoming film] will be properly representative of the globe,” Macdonald remarks.

On the flip side is people’s engagement with social media and the personal content that they upload on it. “People tend to put out the best version of themselves, a kind of glossy, almost fictional version of themselves. A beautiful image, a beautiful video of their holiday. But what we want in this film is honesty, intimacy and real emotion,” says Macdonald. He is particularly keen to see how younger people, who have grown up with social media, capture individuals and life around them.

The idea of a film on life in a day may have started off as a celebration of five years of YouTube, but it became something more. According to Macdonald the endeavour has two aspects to it. It shows the cultural variety that defines the world – “how different people do the same thing in different ways; how they shop for food;  how they make food, how they dress.”

But, more than that, the filmmaker says, this project has made him realise how similar people really are in a deeper sense: “They are all frightened of illness and death and they all want to love and be loved. What I learnt from making the first film was that we are much more alike than different.”

This aspect made him much more optimistic about humanity at large.

The best stories for him are the ones that visually communicate emotion, through which you get to know the particular characters. One of the key things for him, while inviting people to send their footage, was to avoid being prescriptive by telling them what they should or shouldn’t film or how they should go about it. 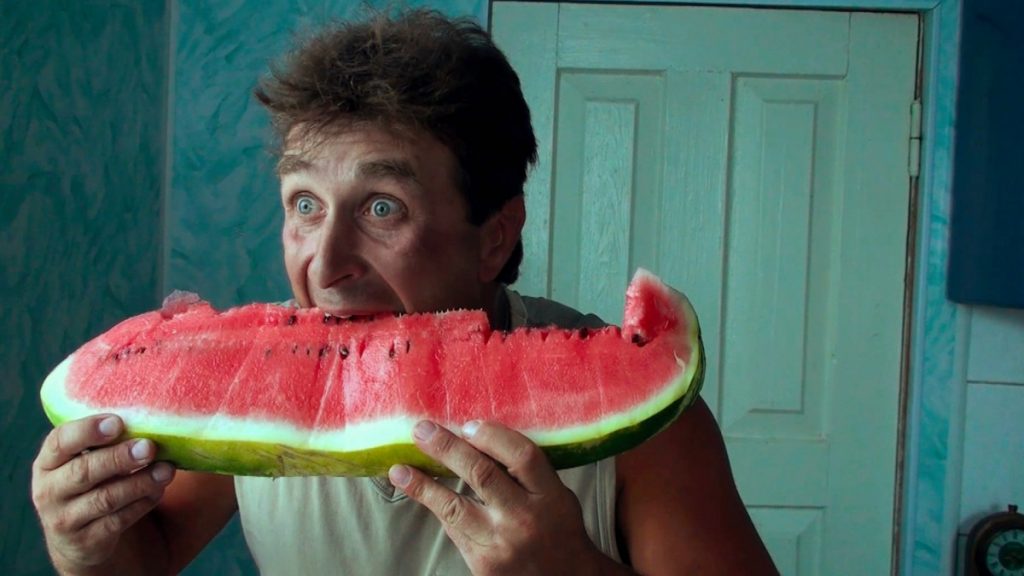 “You might film your child, your father’s funeral, or talk about how it has been for you during the coronavirus. You might be a dancer showing a dance you have been developing. It can be the simplest thing like preparing a meal with your grandmother to give us a sense of your relationship with her and the history of this meal,” he says.

In 2010, the span of a day was from midnight to midnight.  As it turned out, it was about the fundamentals of life – birth, childhood, love, pain, illness and death.  The film did not have a narrative structure in the strict sense of the term. “It was more like a piece of classical music than a traditional film narrative, with themes and motifs that were repeated,” Macdonald explains.

The task of making a film out of reams and reams of material wasn’t so easy. “A sculptor takes a piece of stone and finds the sculpture [within]. It’s a bit like that. You are given this big mass of material and you have to find the story and the emotions within it. It is about finding the film than making the film,” he says.

This time Macdonald hopes to give the film a thematic undercurrent. But the entire process of putting the film together will remain the same. A team of 30 odd multilingual researchers will initially watch all the footage and give ratings. Macdonald will then watch some 300-400 hours of the best material and shape it with the help of the principal editors.

What does this process demand of him? Macdonald is frank in his answer: “I have to be very open-minded. I think one of the lessons for me in making this kind of film is that you have to leave your ego at the door. You can’t make it about you.”

He clarifies that while he did not embark on this sequel with COVID-19 in mind – the film was being planned much before that – at a philosophical level, he finds it interesting to dwell on what the pandemic is doing to humanity at large and how it is defining life in 2020. The way he sees it, “It is making us all reconsider what is important in life. Everyone is more thoughtful, more reflective about what is significant for them – to slow down, just be. It’s reassuring and almost spiritual to make that realisation.”

Hopefully, as a time capsule of history in the making, Life in a Day, on July 25, 2020, will be about these timeless truths as well.