There Was More to Kader Khan Than His Roles on Screen

Khan was a literary person – happiest with the classics which he discussed with deep enthusiasm. 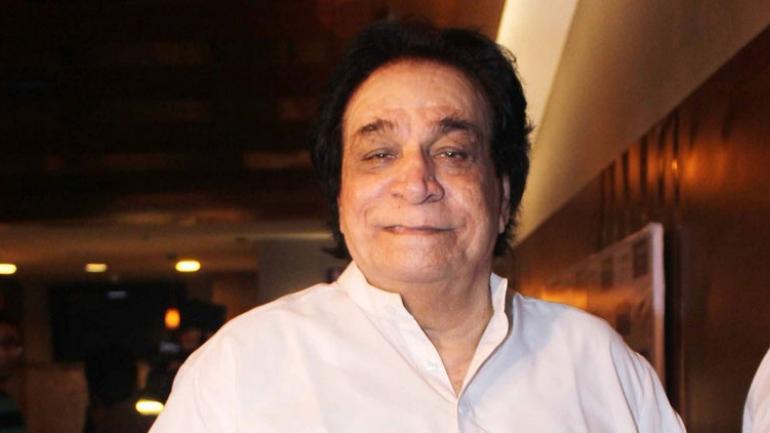 To the last generation which saw him on the screen in the 1990s, Kader Khan, who died in Canada on December 31 at the age of 81, was the actor who appeared mainly with Shakti Kapoor in the broad comedies often starring Govinda. The Khan-Kapoor duo shtick was mainly double-entendre jokes, loudly delivered. The films – Banarsi Babu, Hero No 1, Haseena Man Jayegi among others – are eminently forgettable but were all hits at the time.

But there was much more to Khan than his cheap roles of the decade. Though he had acted in well over 300 films and written the dialogues of over 200 too, Khan was a literary person, happiest with the classics which he would discuss enthusiastically.

In an interview in 2012, Khan, already old and out of the film industry, quoted Anton Chekhov, recalling how he had first read the great Russian writer in his teens. He occasionally imbued his film dialogue with a literary flavour, but was usually called upon to write tapori lines of the street-smart kind, something that pained him a lot. The 1977 hit Amar Akbar Anthony was the first time when Khan used Bombay street lingo for Anthony Gonsalves, the character played by Amitabh Bachchan. “Introducing that kind of language to Hindi cinema is something that I have always regretted.” If anything, he was proud of the lines he wrote for the character of Akbar, a romantic qawwali singer played by Rishi Kapoor. The punters, however, loved Bachchan saying, “Aisa to aadmi doich bhar bhagta hai. Olympic ka race ho ya police ka case ho.”

Khan grew up in Kamathipura, Mumbai’s notorious red light area. He remembered that his family kept him away from the sordid influences, though it was not always possible to escape them. “One street had prostitutes, another eunuch gangs and the third liquor and gambling dens. I could watch prostitutes doing their business across the street,” he had said during the interview. The young boy took to books by the Russian masters and great Indian writers – Saadat Hasan Manto was a personal favourite.

He joined a theatre group while studying in college, and became a regular on the Mumbai Urdu stage. After finishing his studies, he began teaching mathematics to engineering students. He was apparently spotted by Dilip Kumar who promised an introduction to producers. He got a chance to act in a small role in Yash Chopra’s Daag (1973), though on IMDB his first acting role is listed as Roti (1974). The 1970s were dominated by Salim Javed, who offered the complete package to producers – story, script, screenplay and dialogues. Khan managed to write for a few films, but it was Amar Akbar Anthony that changed everything.

Desai had been looking for a good writer and when he came across Khan, he commissioned him to write a few pages of dialogue, while reportedly cautioning him that he had been let down “by a couple of hot shot writers who palmed off the same story to me and someone else”. Around the same time, Yaadon ki Baraat, another film where three brothers were separated in the beginning, had release – Desai was thought to be referring to that, Khan said.

The next day, after hearing the dialogues, Desai was so moved that he gifted his own television set to the writer. From then onwards, the two became collaborators, and Khan wrote for Parvarish, Dharamveer, Suhaag, Naseeb, Coolie and many more Desai films. He was at his busiest in the 1970s and ‘80s, acting in villainous roles as well as writing for masala blockbusters of the decade.

That success continued right into the 1990s, but by then, the films and the audiences had changed. Khan found that there were no takers for subtlety; everyone wanted crass, risqué lines and the roles he got, where he had to play the irate father of spoilt daughters, were equally cringe-worthy. But this is what the front benchers wanted. David Dhawan films such as Coolie No 1 and Raja Babu were superhits and Khan admitted he had found them painful to do. His last memorable role of the decade was in Rishi Kapoor’s Aa Ab Laut Chalein, in which he played a kind-hearted pathan settled in New York.

With the decline of the Govinda brand of films, Khan too faded away, working in films that have been long forgotten. He had also moved to Dubai and then returned to India, where he took on the project of bringing out a book on the Quran to explain it to lay people and spread the word that Islam was a religion of peace. Though he did not explicitly discuss politics in his 2012 interview, he did drop references to how India had changed for the worse on issues such as communalism.

He had been very difficult to track down and even when he agreed to meet, it was after a lot of persuasion, though he was very voluble during the interview. Khan preferred to keep a low profile, saying he even kept away from his film industry peers, and had, a few years ago, moved to Canada to be close to his son.