Through Rajnikanth’s portrayal of a conscious underclass hero who understands the nuances of Ambedkar donning a three-piece suit, the symbol of assertion has entered the Tamil film industry, heralding a major revolution. 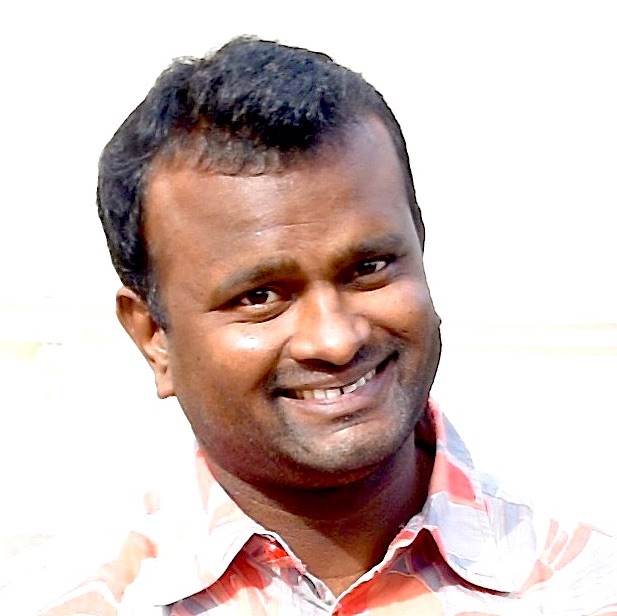 A poster of the Rajinikanth-starrer ‘Kabali’.

No film in the recent past has received the attention like the latest Rajnikanth-starrer Kabali. Given the actor’s larger than life demigod status and his commercial value, the success of the film might not be surprising. With carefully created pre-release posters and teasers, the film, which revolves around a Tamil indentured labourer who becomes a don in Malaysia, soared high in the expectation levels among his fans.

The director, Pa. Ranjith, is a two-film-old rookie, but has already showcased his ability to portray films that would challenge the established idioms of Tamil cinema.

With his third attempt, by utilising the superstardom of Rajnikanth, Ranjith has destabilised the conventional sign systems that have been constructed in Tamil cinema for long. Through its marked symbolism previously unfounded in Tamil cinema, Kabali is a trendsetter, meaning Tamil cinema will no longer be the same.

Most reviews of the film sound shoddy with no element of the historical analysis of Tamil cinema or an understanding of the cultural experiences in a largely film-influenced Tamil Nadu.

The Tamil film industry is nothing but an extension of the Tamil social life, which is marked by the realities of caste and its hierarchical nature.

Sundar Kaali and Ravi Srinivas, in an article titled On Castes and Comedians: The Language of Power in Tamil Cinema in Ashis Nandy’s Innocence, Culpability and Indian Popular Cinema, say that Tamil cinema, as a secondary modelling system with highly developed and conventionalised codes, has over the years evolved particular modes of representing configurations of caste, class, and gender. And it comes as no surprise that only a few castes and occupational categories are represented.

Dalits and some other subaltern groups have become invisible under this exercise of cultural hegemony. They are either misrepresented or showcased in a way that justifies their place in the social order as those of clients in a patron-client relationships.

This cultural invisibility points to the systematic devaluation of subaltern cultural forms that exist in the world of art and culture in the Tamil experience. Like all other art forms, films also failed to incorporate the distinctive experiences that subordinate groups face.

One has to contextually place the emergence of cultural production in the period’s socio-political developments. Throughout the 1950s and 1960s, and up until the early 1970s, Dravidian symbolism and aesthetics were portrayed in films through its aural-visual dimensions.

We have seen the images of M.G. Ramachandran, or MGR, (typically portraying a subaltern hero) reading a book authored by C.N. Annadurai, the Dravida Munnetra Kazhagam flag fluttering in a slum, or the statue of Periyar forming the background when the protagonist talks about rationalism.

MGR, wearing the colours of red and black up his sleeves, was quite a common signifier of the Dravidian politics and that he was following the songs of this era marking Dravidian populism became an effective form of political communication.

This however changed over time, and during the late 1970s and through the 1980s, with unemployment and rise of labour problem, films carrying strong intonations of Marxism and anti-establishment rhetoric saw the emergence of the ‘angry young man’ era, where the hero was an underclass figure.

Though it started in the late 1980s, the trend became more prominent and visible during the 1990s. This was an era that marked the emergence of authentic visual markers that projected and propagated a strong intermediate caste pride.

Film historian Rajan Krishnan says that it was Hassan’s Thevar Magan that brought the sickle-bearing genre, associating the south with being represented primarily as a sickle-bearing space.

A series of films, even to this day, continue with such portrayals, associating southern Tamil Nadu with sickles. This did not happen in isolation. Who wields the sickle is also important and is associated with the Thevar Magan subculture, begging the question, against whom is the sickle used?

It was this contestation that Dalits were becoming the victims, led to the controversy where Hassan’s planned sequel to Thevar Magan, titled Sandiyar (Thug) ran into trouble with Puthiya Tamilagam’s Dr. K. Krishnasamy, who opposed the film saying that it glorified the sickle culture and would possibly lead to a fresh bout of clashes between Dalits and Thevars in the southern districts.

The majority of the films during this period portrayed the south not only as a sickle-bearing space but also as a space carrying a corresponding mythology of a society based on martial pride and honour.

References of Thevar icon U. Muthuramalinga Thevar became an inescapable part of the film’s narrative either through display of portraits or through statues and songs.

Even though some of the films do not explicitly signify caste, the everyday markers provide us with an idea of reading it symptomatically. Here, in most cases, the Dalits or members of the other caste groups who are lower in the hierarchy are shown to remain content with a patron, who is naturally a person of justice.

In traditional Indian society, clothing was a marker of status and power. Clearly defined bodily gestures and clothing were used as a mechanism to enforce and maintain social divisions within society.

Clothes, like other symbols, were susceptible to multiple interpretations. As a form of symbolic communication, they were regulated in the public sphere, thus the lower castes never had any autonomy over their clothing. What they should wear and how they should wear it was decided by the dominant castes.

References to politics and power through codes of dress can be found in Tamil films and are considered to be techniques of display. Clothing is therefore a powerful way to articulate aspects of the self, compose identities and assert particular social relationships.

In the films glorifying intermediate caste pride, or examples, in films like Thevar Magan, Chinna Gounder and Nattamai, the protagonists can be seen wearing crisp white shirts and veshti, which indicates their social power and their power to use services castes like washermen, which are denied to certain castes.

The use of washermen service caste forms the narrative of Chinna Gounder where the famous comedian duo of Goundamani and Senthil come in as washermen servicing the Gounder. In another film by the director of Chinna Gounder, titled Ponnumani (1993), the same duo is the member of another service caste of barbers providing service to the village bigwigs at their respective households. In both the cases the social power of employing service castes by the dominant castes was projected as a naturalised social order.

In Thevar Magan, where London returned Hassan sheds his punk hairstyle and modern dress-up to don a traditional crisp white shirt, is involved in an act of succession to occupy the inherited power and become the village chieftain after the passing of his father Periya Thevar. The scene of Hassan getting his hair cut and donning the white shirt and veshti, sporting a twirled moustache and sitting on the “chair” is accompanied by a brilliant background score, was among the most definitive signifiers that indicated that caste power was being kept intact by the family.

On the other hand, in Kabali, the principal character of the film, in his British-styled plaid and window-paned suits and stylish sunglasses, flipping a gun to vanquish his enemies, is a refreshing change in Tamil cinema.

Although we might have seen other protagonists wearing suits and wielding guns, Kabali is different. He is an underclass hero who is conscious of the power of dressing, who knows the politics behind Gandhi shedding his clothes and Ambedkar donning a three-piece suit.

The sequence where Rajnikanth says that dressing in suits is a mark of dissent, a recognised code of self-formation through clothing, is deployed to upset the denotation of power, status and social location. In fact, Kabali worshipping the subaltern deity Madurai Veeran while wearing three-piece suit, is a strong symbolic statement that has layered meanings of Dalit aspirations and the journey of the indentured labourer.

This powerful and emotive symbolism attached to Ambedkar, bears the weight of Dalit aspirations and expectations and the Dalit investment on Ambedkar’s increasing symbolic value in the last three decades, in a myriad ways.

This has now travelled to the film world (Kabali) from the socio-political world, where Ambedkar remains more significant for the masses through the proliferation of symbols such as Ambedkar statues, flags, banners and posters.

Much Dalit assertion has indeed rested on symbolism, like the occupation of space with flags and statues. The symbolic and spatial importance of the emblems of assertion was a form of social protest, a counter mobilisation against dominance.

Through Rajnikanth’s portrayal in Kabali of a conscious underclass hero who understands the nuances of Ambedkar wearing suits, this symbolism has entered the Tamil film industry as a major revolution, and one is left yearning to see more.

Karthikeyan Damodaran is pursuing a Ph.D. in South Asian Studies at the University of Edinburgh.