The dark drama that details the transformation of one of Batman's most notorious villains got the top nod in Venice while Roman Polanski's 'J'accuse' came in second. 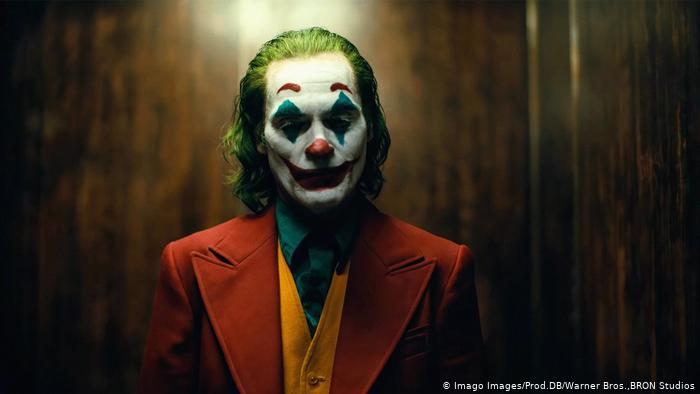 The film Joker won the Golden Lion at the Venice Film Festival on Saturday, the festival’s top movie award.

Venice’s top award has been seen as a bellweather for the Oscars, having elevated successful films such as Roma and The Shape of Water ahead of awards season.

This year’s film festival in Venice was also the scene of climate protests, as activists rushed its red carpet.

With a celebrated performance by actor Joaquin Phoenix, Joker tells the story of one of Batman’s most notorious villains and it is slated as a prequel to the franchise.

“I want to thank Warner Bros and DC for stepping out of their comfort zone and taking such a bold swing on me and this movie,” Phillips said in his acceptance speech.

Roman Polanski’s film J’accuse was a favourite to win the Golden Lion prize, but it was ultimately awarded the Grand Prix, which is considered a runner-up to the top award.

The movie follows the Dreyfus anti-Semitism scandal that shook France at the turn of the 20th century.

Polanski is said to have made the film to draw parallels between his own life experience and the Dreyfus case, where a French Jewish captain was wrongfully convicted of treason with the help of the press and public opinion.

Also read: Netflix’s ‘Trotsky’ Is a Sinister Rewriting of History

Venice Film Festival organisers faced criticism for including Polanski’s film in the competition due to renewed scrutiny over the director’s past in the wake of the #MeToo movement.

The 86-year-old was convicted of drugging and raping a 13-year-old girl several decades ago.

But organisers defended the decision, saying it was only the film and not Polanski that was being judged at the event. His wife Emmanuelle Seigner, who stars in the film, received the award on his behalf.

Marinelli was awarded for his performance in Martin Eden, where he portrayed a poor, aspiring writer.

Ascaride won for her role as a mother desperate to help her financially strapped family Gloria Mundi.

The Silver Lion award for best director was handed to Sweden’s Roy Andersson for the film About Endlessness, which showcases a collage of short stories of kindness and cruelty.

Chinese filmmaker Yonfan won the award for best for the animation film No. 7 Cherry Lane, a romance set in late 1960s Hong Kong.