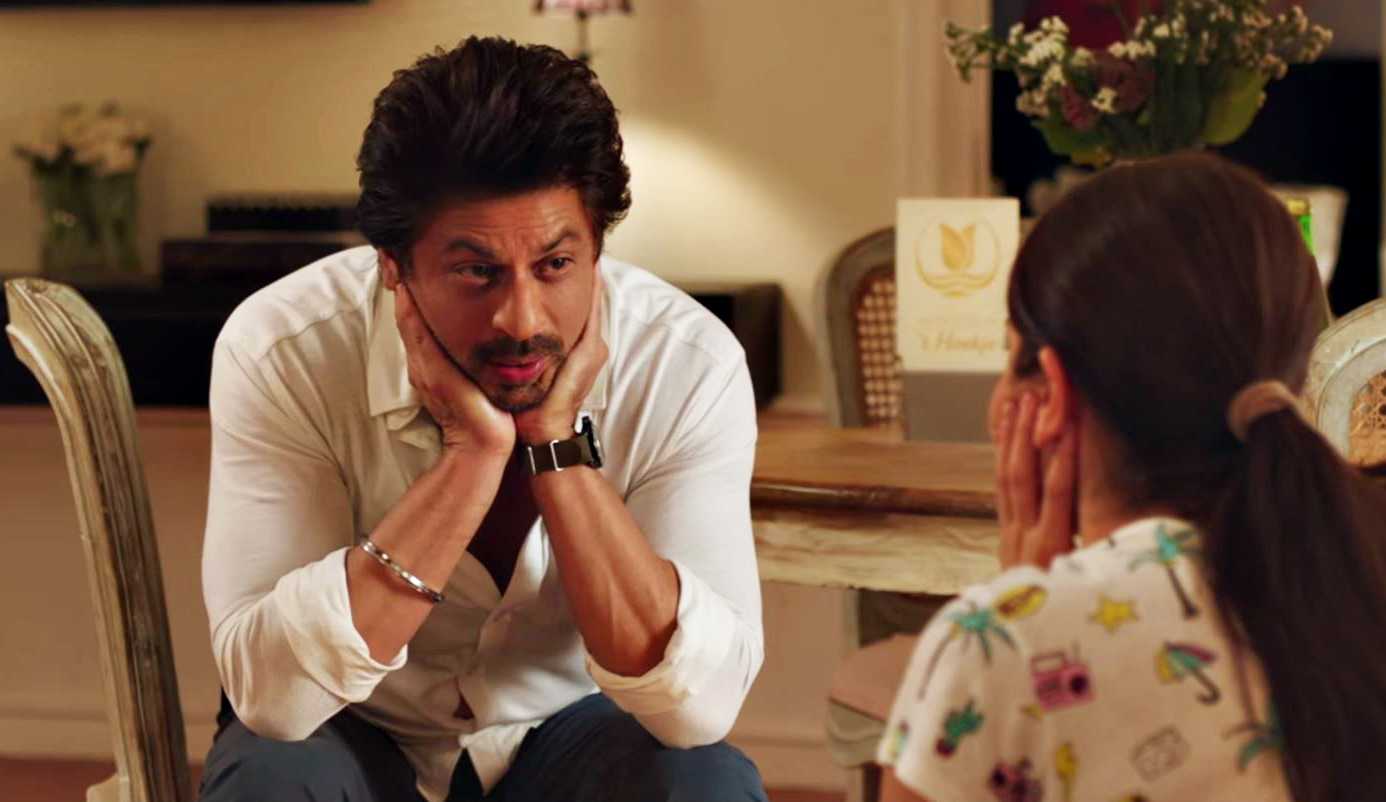 A few hours ago, at 10:28 am, exactly 62 minutes into Jab Harry Met Sejal, I wanted to walk out of the theatre. For someone who watches and reviews films every Friday, I am, like other critics, accustomed to mediocrity. But there was something so crass and insensitive about the latest Imtiaz Ali release that watching it any longer felt like an insult, felt like an act of personal debasement. And it wasn’t just because the film was shoddy, mirthless and regressive, but also because it was clueless and tone deaf, completely bereft of any shred of self-awareness, using humour as a crutch to peddle its problematic notions of identity and acceptance – arrogant even, erroneously believing that the audience would lap anything up in the garb of a love story helmed by a superstar, Shah Rukh Khan, who, to my mind at least, is better off giving interviews – where he is ‘self-deprecating’, ‘charming’ and ‘honest’ – than acting in films. Jab Harry Met Sejal isn’t just a filmmaking failure; it’s an abomination – a 144-minute formulaic fest designed to placate the ego of a 51 year old, made by a once-promising director who seems to have lost his way.

I didn’t leave though; I stayed put. Maybe, I thought, I was overreacting. Ninety-two minutes later I eventually left the theatre (roughly a few minutes before the end credits rolled), feeling slightly embarrassed that such bad filmmaking made me this angry.

Jab Harry Met Sejal gets it wrong right from its first minute. Before that, for the full 60 seconds where I didn’t mind the film, we’re introduced to Harry (Khan), a tourist guide in Amsterdam. Once he’s done showing the tourists around and is by himself, a song kicks in. The song in itself, Safar, sung by Arijit Singh, is pleasant and hummable, but it just pops in the film, without any context, mood or setting. In it we see Harry in a bus, walking on the streets, working at his job, lying on a bench, staring at himself in the mirror, while his identity card hangs from it – a scene that has almost nothing else but Khan. This segment services not the character, but the star, capturing him in different moods, appearing like the portfolio of an aspiring actor.

Barring a few moments, which has black-and-white flashes of a village in Punjab and a dupatta caressing the mustard fields, presumably implying the rootlessness of a foreigner in a foreign land (a motif that is very Ali-esque), there’s hardly anything in it that signifies the filmmaker. Ali has a wonderful eye for placing and picturising songs, but here all you can see is the star. The opening segment of Jab Harry Met Sejal serves to caution us that this is a movie where a star will be directing the filmmaker, and not the other way around. 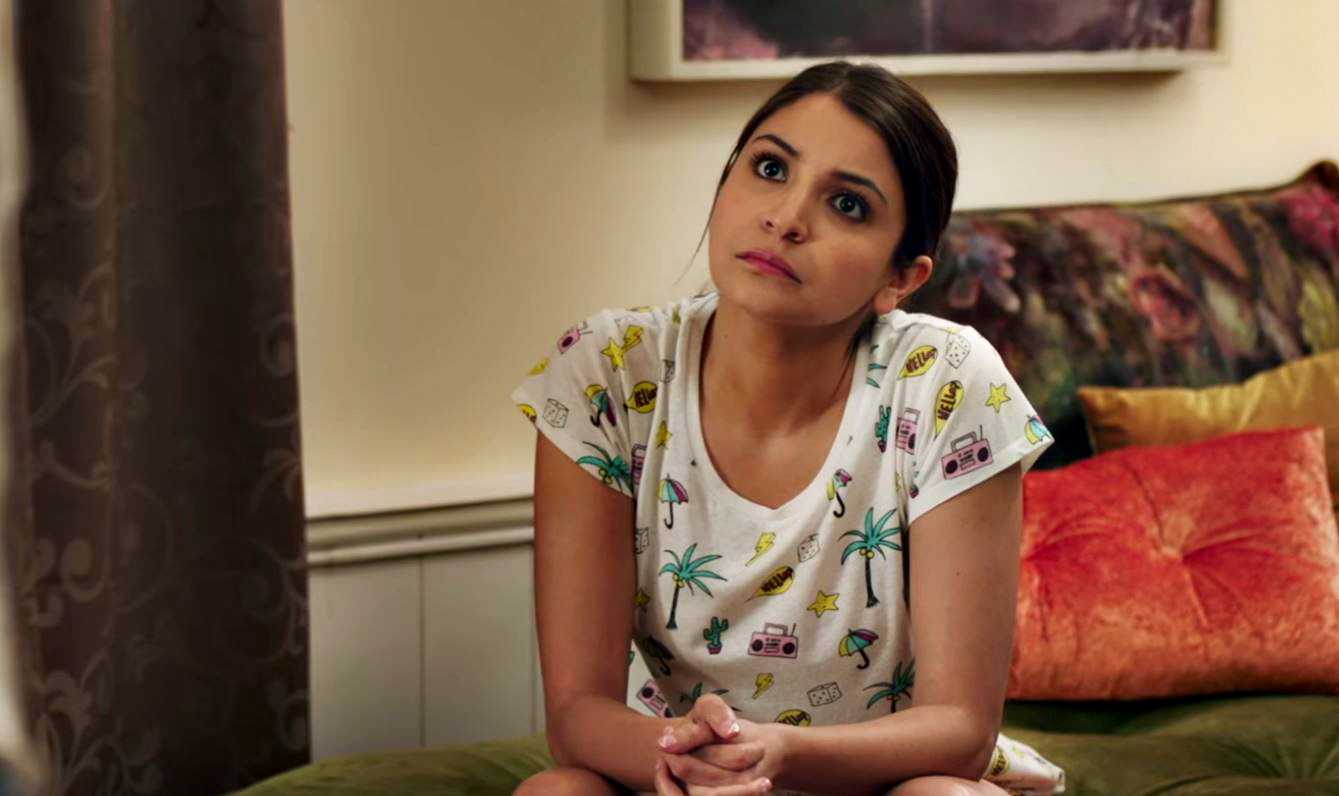 Now, coming to the story. The film revolves around Harry and Sejal (Anushka Sharma), who’s looking for her engagement ring that she claims she lost during the trip. She’s clueless about where she misplaced it. It could be in any of the cities she visited with her family, where Harry was the tourist guide: Amsterdam, Prague, Budapest. So the two, after a few scenes of completely unconvincing protest by Harry, set to find the ring. Sejal, an upper-middle-class girl, is a Gujarati who lives in Mumbai, and Ali gives her a stereotypical accent (which is milked many times during the film for the sake of hilarity). Sketching her in broad strokes and displaying limited cultural knowledge, Ali shows the first – and not the last – sign of lazy writing. Sejal repeatedly tries to be funny, at the cost of herself, in the film. Most of the times, the purported jokes fall flat. (Although it is to Sharma’s credit that she makes this poorly-written part bearable.)

These bits, however, are only borderline annoying; they aren’t really problematic or exasperating. The latter come to the fore soon. A few scenes later, we see Sejal behaving out of character. (Till this point, we’ve found out that Harry is a womaniser and Sejal is seemingly conservative.) She follows Harry to a club, bumps into him, dances near him, trying to convince him that she’s attractive. Harry isn’t impressed. Throughout, and especially in its initial portion, there’s a strange unsettling power equation between the two. Harry knows the place; she doesn’t. He keeps telling her to follow him. He’s in control; she’s not. He tells her to not step outside alone. He calls her “chamgadar [bat]”. (Towards the end of film, a woman who leaves her fiance for another man is labelled “ghatiya (immoral)” and “cheap”). In an early scene, he tells her that if she walks alone at night, someone will kidnap her. To which she replies, “At least someone will think that I’m worthy of being kidnapped.” Slow clap.

These scenes look less like characters responding to specific situations and more like a reprehensible ideology espoused by the film. And this doesn’t end here, of course. Whenever Sejal wants to be herself, or alone, she gets mired in grave trouble, only to be ultimately rescued by the man, Harry. Jab Harry Met Sejal comes across as deeply regressive in moments like these that insist on controlling a woman’s body, her thoughts, her actions. Even minor female characters are made to look, and feel, bad about themselves. One bizarre scene has Sejal defending Harry cheating on a European girl, reducing their relationship to a bill of 20 euros. (Ali and his actors may defend themselves, via a twist in the story, but no, it doesn’t work that way.)

It also uses an age-old trying-too-hard-to-be-funny culturally parochial device of Indians talking to foreigners in either Hindi or some other Indian language, making fun of them. (Remember Ranveer Singh’s character randomly speaking in Hindi, in front of the French, in Befikre?) Here, Harry breaks into Punjabi, at different points, in front of Europeans. You really need to be remarkably insensitive and insecure – and, there’s no other way to put it, even xenophobic – to shoot your film in a foreign country and see their people as objects of ridicule.

Then there’s such obvious shoddiness, elsewhere in the film, that it borders on the ludicrous. In one scene, where Harry and Sejal have narrowly escaped from the bouncers of a club in Prague and are precariously hanging onto a boat, he starts looking intently in her eyes and a soft background score kicks in, signifying the gravitas of the moment. Poignant with a capital ‘P’. Then, in another, Harry and Sejal fall asleep in a building, wake up the next morning and, in less than a few minutes, start discussing important matters (within the context of this film of course), such as his desire to be a singer and why singers from Punjab sing loudly. And, the next moment, both of them break into a song. I wanted to nudge them gently and ask, “Do you guys not want to brush first?”

Ali’s previous films have had their share of flaws, but none of them this blatant, this idiotic. In fact, that’s one question I repeatedly found myself asking, “Where is Ali in the film?” Because Jab Harry Met Sejal displays all the brain-deadness of the recent Khan productions and none of the gentle touch and beautiful ordinariness of Ali’s films.

And even though Jab Harry Met Sejal – a conventional romantic drama – should have been home ground for Khan, he looks so out of depth here that you wonder what’s got into him. And if you look closely, the film provides some answers. Khan’s rise as a star in the 1990s was remarkable and significant, because he turned out to be a much-needed alternative to the macho men on screen. Here was an actor who wasn’t afraid of weeping, who wasn’t fundamentally interested in asserting his masculinity, who was ready to be something his peers weren’t: vulnerable. But, over the last few years, there’s been a distinct shift in his persona. He now wants to resurface as a masculine figure. These strains colour Harry, too. He wears shirts whose top three buttons are invariably open, displaying his chest, which has – what else but – a tattoo. Women are nothing but objects of conquest for him (oh, but that’s because he’s ‘Broken From Inside’, the film implies). In one of the songs, he lifts his shirt to display his torso. In another, he talks about a past lover, a woman called Kulwant Kaur, but is sheepish in taking her name, because people will “think that I’m remembering a man.” And through all this, he’s not capable of exuding one genuine emotion in the film. Just like Harry, Khan seems to be scared of something, but is probably clueless about it. Or maybe we know the answer that he doesn’t. That he’s so caught up in his own head about being a star that he’s oblivious to stories, characters, settings. But Jab Harry Met Sejal, directed by Ali, largely known for making realistic romantic dramas, isn’t that kind of a film. Which brings us from the actor to the filmmaker.

It’s increasingly becoming clear that Ali is running out of stories to tell. Sure, we know that there are limited original stories and motifs in the world, and everything is a spin of a spin, but Ali’s playground is so small, and shrinking rapidly, that not going beyond his comfort zone should be a matter of concern. And when he does try new things he badly flounders, which was clearly evident in the case of Tamasha, where the subplot of following one’s calling was so dumbed down and misleading that it threatened to kill the film (which ultimately got saved by a searing chemistry between the leads, Ranbir Kapoor and Deepika Padukone, and their individual performances). Jab Harry Met Sejal has no such luck. The film doesn’t even try anything new. And, seriously, it’s high time Ali’s heroes do something else with their lives than wait for their women to rescue them. In fact, that line literally pops up in this film, where Harry says, “I sometimes feel you can save me.” Please.

It’s especially hard to fathom how soulless and hollow this film is. There’s one moment, towards the end, where Harry and Sejal settle down to have a drink together. You think that perhaps this scene would have some flourish of Ali, where, in a seemingly mundane moment, we get to know the film’s characters better. No such luck. Seconds later, Harry and Sejal break into a loud argument. This film is so devoid of a rhythm, so consistent in its ability to offend and disappoint, that watching it feels like an exercise in tedium.

I do have a favourite scene, though, where Harry perfectly and succinctly, not to say inadvertently, summed up my thoughts about the film. Fed up of the constant fights and confusion, Harry tells Sejal, “Tu flight pakad ke chali ja. Yeh bahut silly ho raha hai [Why don’t you go home? This is getting really silly].”