A still from 'Meel Patthar (Milestone)'.

Ivan Ayr’s debut feature film Soni, that premiered at the Venice International Film Festival in 2018, was about two policewomen dealing with the rising crimes against women in Delhi. In a discreet yet devastating way, it held a mirror up to a society that has normalised patriarchy and its everyday forms of oppression. It has taken Ayr (his nom de plume) just two years to return to the City of Canals with his second feature, Meel Patthar (Milestone).

Like his debut film, this one too will have its world premiere in the prestigious Orizzonti (Horizons) Competition section, dedicated to “films that represent the latest aesthetic and expressive trends in international cinema”. 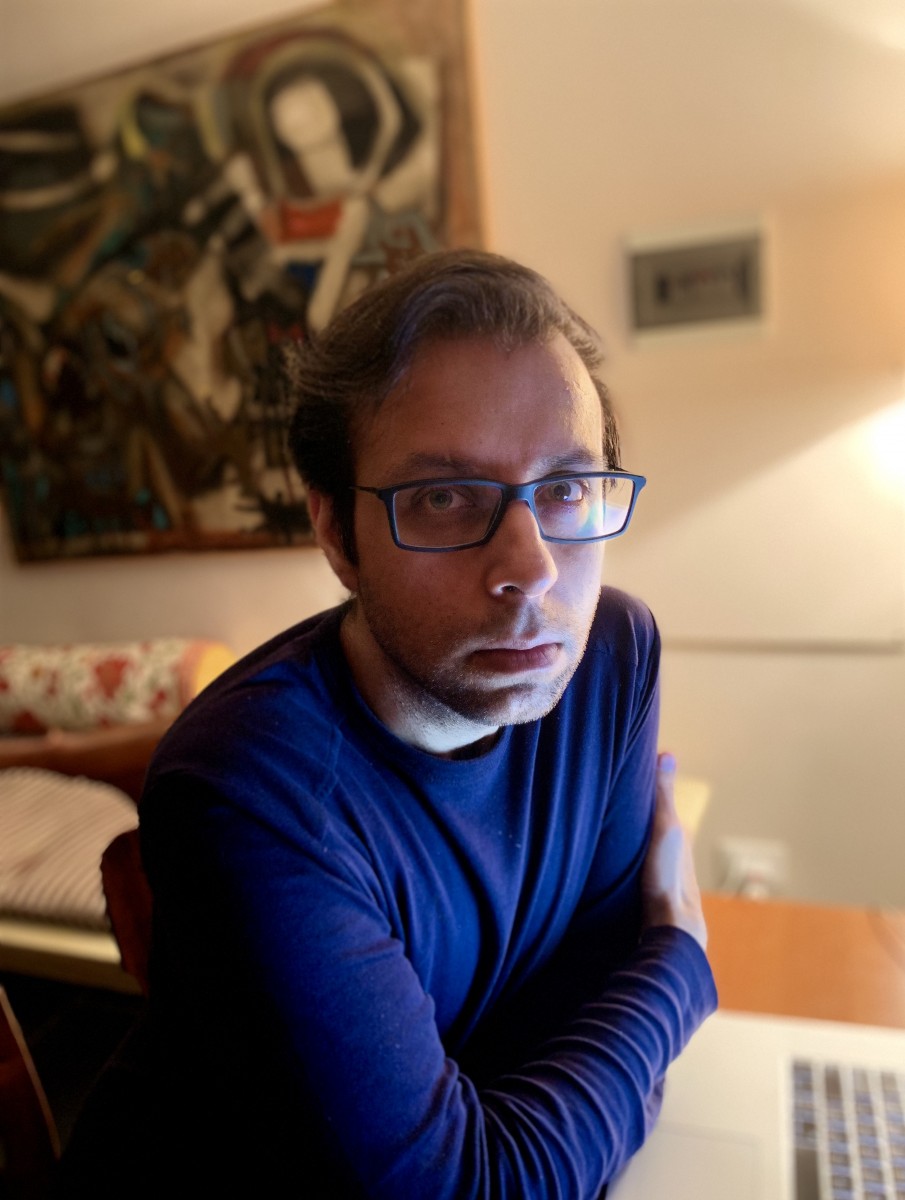 However, unlike Soni, Meel Patthar trains its gaze on the other end of the social and gender spectrum – the overwhelmingly male world of truck drivers.

While there has been a lot of buzz, expectedly, around Chaitanya Tamhane’s Marathi film, The Disciple – set in the world of Indian classical music – competing in the main Venezia 77 international competition section this year, Ayr’s film has come as a complete surprise for cinephiles who say they had no idea that he had been working quietly at it. “I don’t know if there is a non-quiet way of making a film,” the filmmaker says laughingly.

An even more hushed presence in the Orizzonti Short Films Competition section is Sushma Khadepaun’s short, Anita. Building on the present-day gender debate, like Soni, it looks at the aspects of deep-rooted male entitlement and casual sexism that mainstream Indian society is conditioned to accept as ‘normal’. However, it does so with its own voice and vision, entering the debate from a distinct standpoint in a deliberately understated but unflinching and discomfiting manner.

Though Anita is set in Gujarat, the India-US co-production juxtaposes two worlds – India and the US. An expat, independent-minded housewife, Anita (played by Aditi Vasudev), returns home with her husband, Vikram (Mitra Gadhvi) to attend her sister’s wedding and tries to fight her family’s conservatism with a little “help and support” from the husband. Eventually she is left wondering how free she truly is. Through Anita’s disillusionment, the film asks a question: how deep is the “liberation” that is assumed to accompany a move to a more “modern” setting.

Also read: Making A Film To Gauge The Temperature Of The World On A Single Day 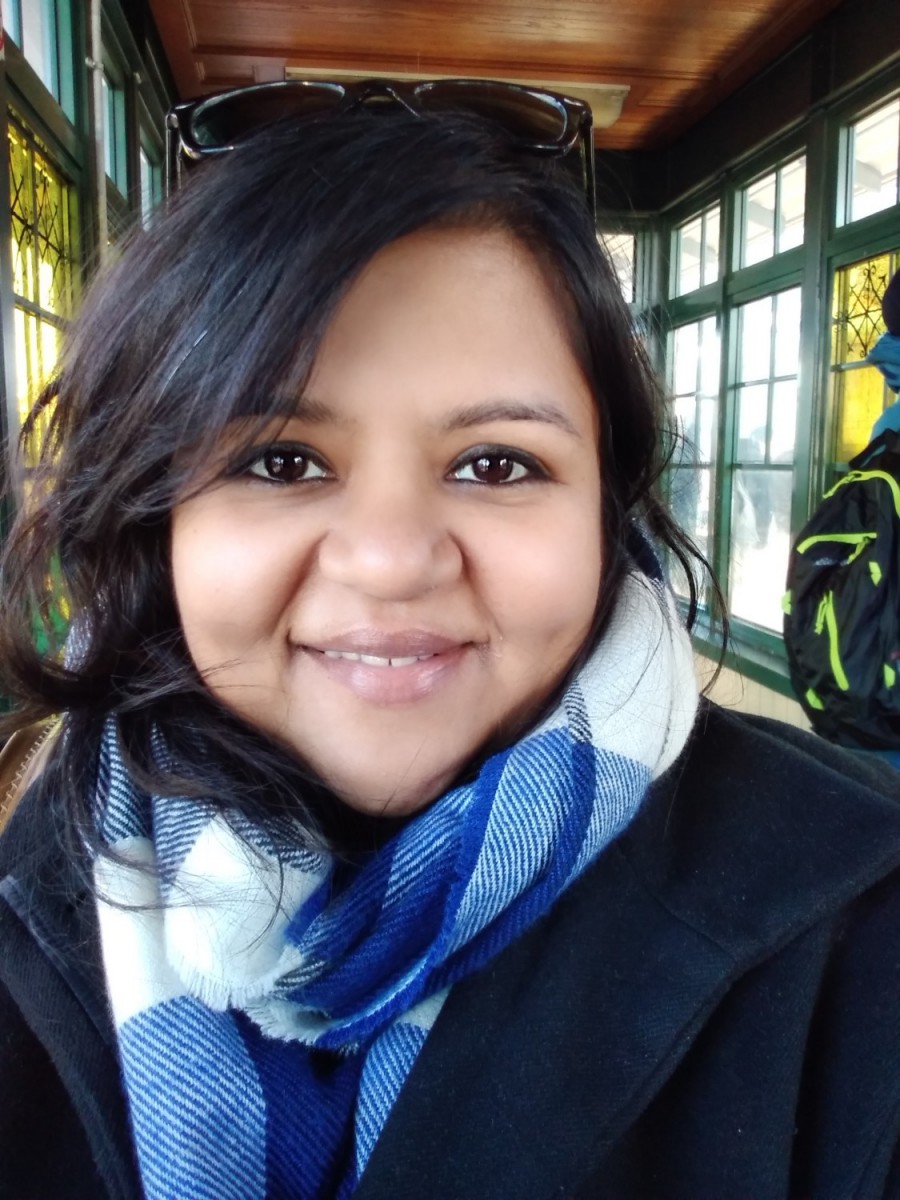 Khadepaun grew up in a “conservative and humble” family in Surat, studied mass communication in Mumbai, wanted to be a photographer and was running a production house in Texas, till her urge to pursue narrative cinema made her go to the film school in New York’s Columbia University.

Admitting that she has drawn upon her personal experiences and observations of the world around her for the 17-minute film, Khadepaun says, “For small-town Surat, America signified upward mobility, social status and an independent life.” The notion of the “West” is something she explored in her first short – Phoren – too, as a first year film student.

Interestingly, Ayr had initially set Meel Patthar in the US, conceiving it as a look at the Indians living there. “There is a very strong presence of the Indian community in the truck-driving world, in the transportation sector in the US,” he says. However, that isn’t quite how the film has shaped up finally.

An electrical engineer by training, Ayr went to the US in the late 2000s and spent almost a decade pursuing filmmaking as a passion on the side, beyond his day job of technical writing. He educated himself on cinema by taking courses in writing, literature and history and screenwriting and direction. He wrote and directed his first short film, Lost and Found, in 2014.

After coming back to India in 2018, the whole process of putting together a cast and crew and raising funds in the US seemed a tedious prospect. That is when Ayr decided to adapt the same story to an Indian setting, a task that wasn’t as simple as it sounds. “There were some things which were completely rewritten because they would not make any sense here. It took a good five to six months to come up with convincing substitutes for certain aspects of the story,” he says.

The early months of 2019 were spent refining the script. Once Ayr had the script he wanted, the team was put together in just three weeks. He shot the film in late January/early February this year in Delhi and Noida (the National Capital Region). “Everything happened swiftly once we had decided that we were going to make the film,” he says.

For post-production, they had to relocate to producer Kimsi Singh’s village near Hoshiarpur. “Barely two weeks after we finished shooting, the pandemic took over. We retreated to the countryside and I set up my mini workstation there, working almost entirely by myself on the edit. There was no other choice,” says Ayr.

Meel Patthar’s world is evidently male-centric, even more than the universe of the police force he showed in Soni. “It’s a story told from a man’s point of view,” says Ayr, who points out that there is a thread of gender issues running through the film. “Introspection is usually associated with a sense of guilt and there is a hint of that element in the film – [as a reference to] mistakes of the past. So, there is history and there is its impact on the present,” Ayr adds, without giving away any more about the film. 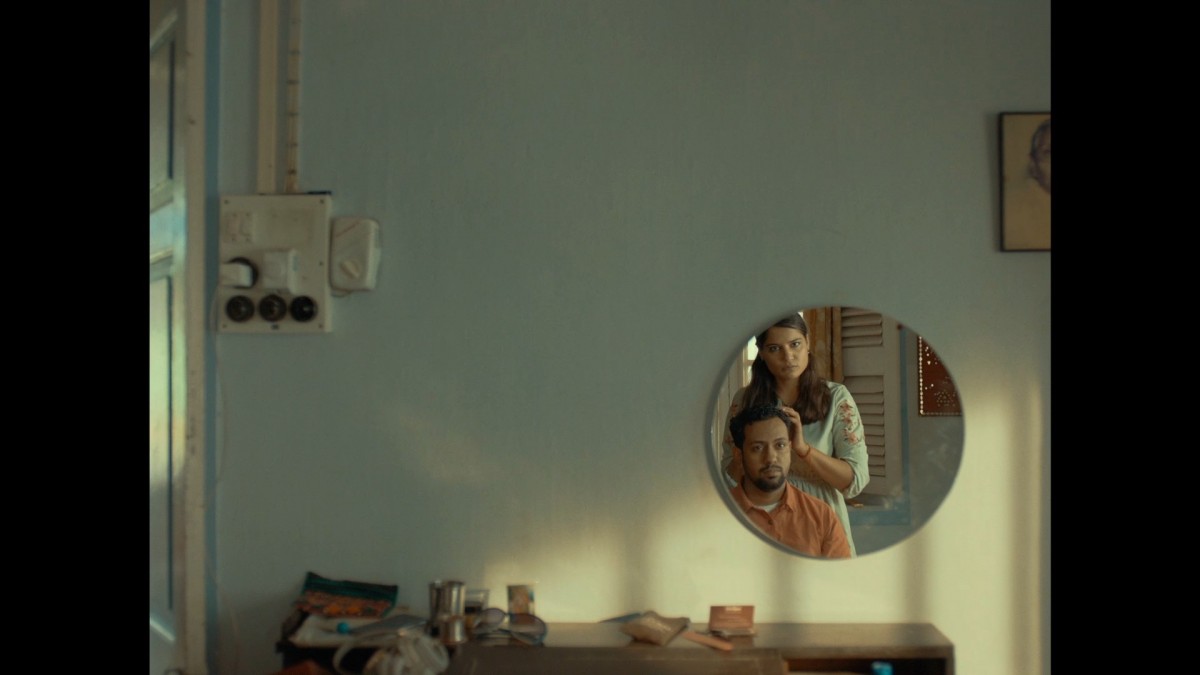 A still from ‘Anita’.

Anita’s world is also skewed towards males, the difference being that it is seen through the eyes of a woman who is at the receiving end of both overt and covert expressions of conservatism. “They [covert and overt conservatism] are two sides of the same coin. Can you really get out of misogyny?” asks Khadepaun rhetorically.

All the thematic threads come together compellingly in an intimate scene that moves from the tender and playful to a hideous powerplay as disconcerting as it is disagreeable. It is as if the viewer is also going through Anita’s experience, rendering her increasing dissonance more tactile.

Like Khadepaun’s Anita and his own Soni, Ayr’s Meel Patthar follows a character closely – it is a character study. The visual storytelling, however, is quite different from his first venture. Soni was rooted in the real; it was neither manipulative nor sentimental. Meel Patthar delves deeper and in more subtle ways, offering pauses and silences for reflection.

“If we take Soni as a reference then this has even less drama and more introspection,” says Ayr. Restraint was the key element for the actors in this film, he says.

Every scene in Soni was shot in a single take, without the intrusion of cuts, to make the characters feel organic and credible. In Meel Patthar, Ayr broke away from that technique in many scenes. “I find it very interesting [to use the single take shot] when the scene has a bit of a tension. But as a filmmaker I also want to experiment with new things,” he says, without giving away any secrets!

The lead role in Meel Patthar is played by Suvinder Vicky who shot into prominence with Gurvinder Singh’s critically acclaimed Punjabi film, Chauthi Koot (The Fourth Direction), about the atmosphere of fear, unease, insecurity and distrust in Punjab in the wake of Operation Bluestar. Young Delhi actor, Lakshvir Saran, plays the other key part of the co-driver.

The pace at which the film was made was matched by the speed with which it was snapped up by the Venice International Film Festival organisers. “We thought they would tell us that it [the film] would be better suited for next year. But they liked what they saw and wanted us to finish it,” says Ayr, who had submitted the film with the basic pre-mixed sound.

Also read: Axone Is a Story of Racism Told From the Eyes of the Privileged

In fact, he is working on the sound of the film in Chandigarh right now. “Sound is a key part of the film; it has this very industrial mise-en-scene, set as it is in this whole transportation zone on the outskirts of Delhi [Sanjay Gandhi Transport Nagar]. I want to bring that place alive,” says the filmmaker.

The pandemic has made sure that Khadepaun and Ayr will not be in Venice with their films on a year when three Indian films have made it to three of the four competition sections – the international competition, the Orrizonti feature films and short films competition – for the first time. However, Khadepaun sees Anita as the first step in a bigger mission that she has embarked on. The short, which happens to be her thesis film for an MFA in screenwriting and directing at New York’s Columbia University, has provided her a base for developing a feature film titled Salt. “It [Anita] became a way to explore characters and relationships, and journeys,” she says.

Ayr ,who had momentarily forgotten the reality of the pandemic in the euphoria accompanying the news of his film’s selection at Venice, has accepted the fact that he may not be able to accompany his film to Venice. What is certain, though, is that Meel Patthar will take him there.