Going back to the pink city meant spending time with his family and friends.

Irrfan flying a kite in Jaipur along with his friend Zaidi. Photo: By arrangement

Jaipur: Utilising every chance to spend time with his family, Irrfan made frequent trips to Jaipur. This devotion to his home town came about from his filial self. Even after he made it as an actor, his mother wanted him to return to the city and work as a lecturer.

Irrfan’s family continued to live in the pink city even as he moved to Mumbai and emerged as an internationally acclaimed actor.

Going to Jaipur meant family time for Irrfan. Hanging out with friends or visiting his favourite pan shops, old monuments and forts in the walled city were part of his to-do list here. 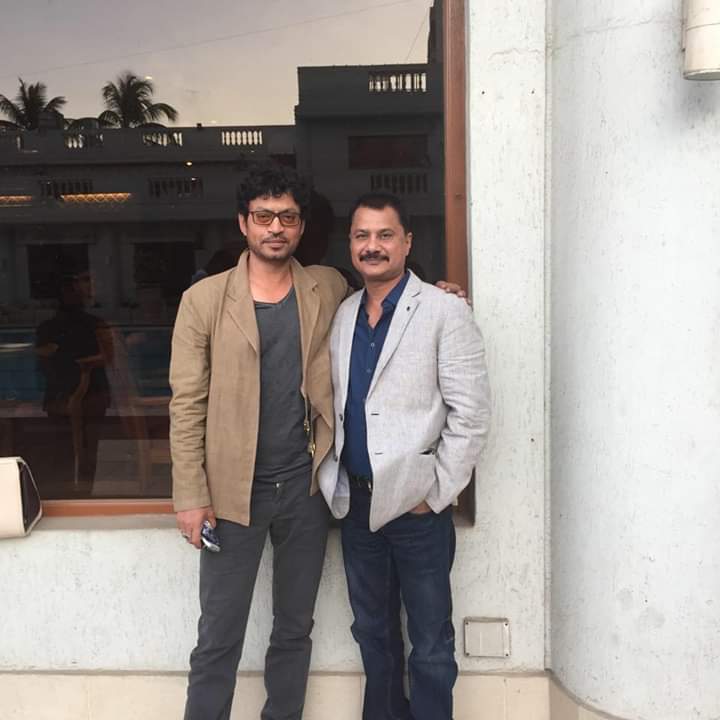 His childhood friend and neighbour Haider Ali Zaidi, who is now an Indian Police Service (IPS) officer of the Rajasthan cadre, recalls their late-night trips to the old city. “He liked Jaipur the way it was when he had left. He visited only those places where he used to go during our school days. He usually liked to move around in the city after 10 pm, with the first stop being the Murli pan bandar at Tripolia and then to Jal Mahal, Amer Fort and Nahargarh Fort,” says Zaidi.

Irrfan, along with his friends, would cycle from the walled city to the Amer Fort after school. “He was always a very private and simple boy who never preferred luxurious settings. While in Jaipur, he would not drink tea in a five-star hotel or a cafe, rather he would take us all to any thadi, a local tea stall,” he added.

As a kid, Irrfan was fond of flying kites, a custom associated with the festival of Makar Sakranti in Rajasthan. Zaidi says Irrfan once fell from his rooftop while chasing a kite. “He was completely engrossed in flying the kite and didn’t realise he was standing on the edge of the roof. He fractured his hand, but even that couldn’t fade his craze for kites,” he says. For years, Irrfan tried to be in Jaipur during the kite festival, which usually occurs in January.

During his early 20s, Irrfan was also selected for the CK Nayudu cricket trophy but had to give up the sport because his family did not have enough money. “He was a fast bowler and his fractured hand only added to his craft,” Zaidi says.

Originally from Tonk district in Rajasthan, Irrfan’s family shifted to Jaipur when his father Yaseen Ali Khan, set up a tyre shop at Subhash Chowk. His mother Saeeda Begum belonged to an influential family in Jodhpur. Irrfan was the eldest of three siblings.

After school, Irrfan enrolled for a course in Urdu at the Rajasthan University in Jaipur. It was during his college days when the idea of acting popped into his head. He later went to pursue a diploma in drama from Jaipur and had performed several plays at the Ravindra Manch before trying his luck at the National School of Drama (NSD)

Zaidi reminisces how after making it to NSD, the usually joyous Irrfan became emotional with the realisation that he will be moving out of Jaipur. “He came knocking at my door the day his NSD result came and said, ‘My connection with Jaipur is peeling off. I’ll be leaving soon.'”

Also Read: For as Long as We Can Watch Films, We Will Remember Irrfan Khan

However, Irrfan always prioritised his time in Jaipur over anything else. “Once my wife had insisted he attend a family function. He misheard the date and arrived two days earlier. We made it clear to him that it would not be an issue if he couldn’t stay for that long, but he spent those two days with us and left only after attending the function,” says Zaidi.

Irrfan’s lifestyle drastically changed when he was diagnosed with a neuroendocrine tumor in 2018. Zaidi, who had gone to the UK to meet Irrfan while he was undergoing treatment, said, “His immunity system was weakened. Even the smallest negligence could lead to infection in his body, so everyone had to be careful while meeting him. Even in the short span for which I met him at the hospital, he kept suggesting places for me to visit in England. When you spoke to him, he was always more interested in the other person that himself.”

He had recovered in 2019 and returned to Mumbai. Some months ago, he was in Udaipur shooting for his last film Angrezi Medium and had met a few friends there, including Zaidi. 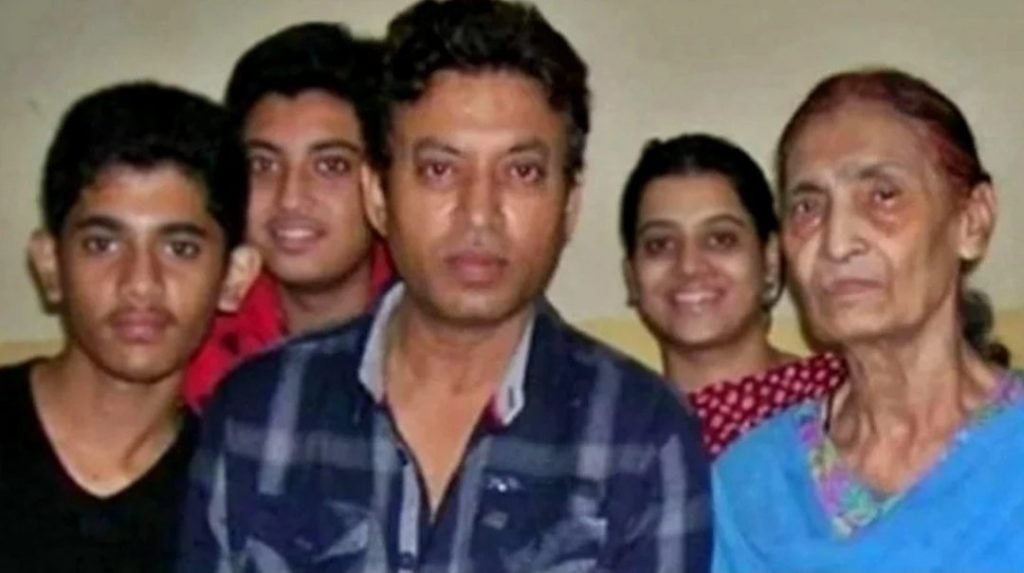 Irrfan with his mother Saeeda Begum and his siblings. Photo: By arrangement

On April 28, 2020, Irrfan showed symptoms of colon infection and was admitted to Mumbai’s Kokilaben Dhirubhai Ambani Hospital. He passed away on April 29. Four days earlier, Irrfan’s mother had also died in Jaipur and owing to his illness, he couldn’t attend her last rites.