Asghar Farhadi’s brilliant drama is about a young man trying to buy his freedom from debtors’ prison — the kind of depiction of working-class struggle that’s at the heart of some of the greatest cinema. 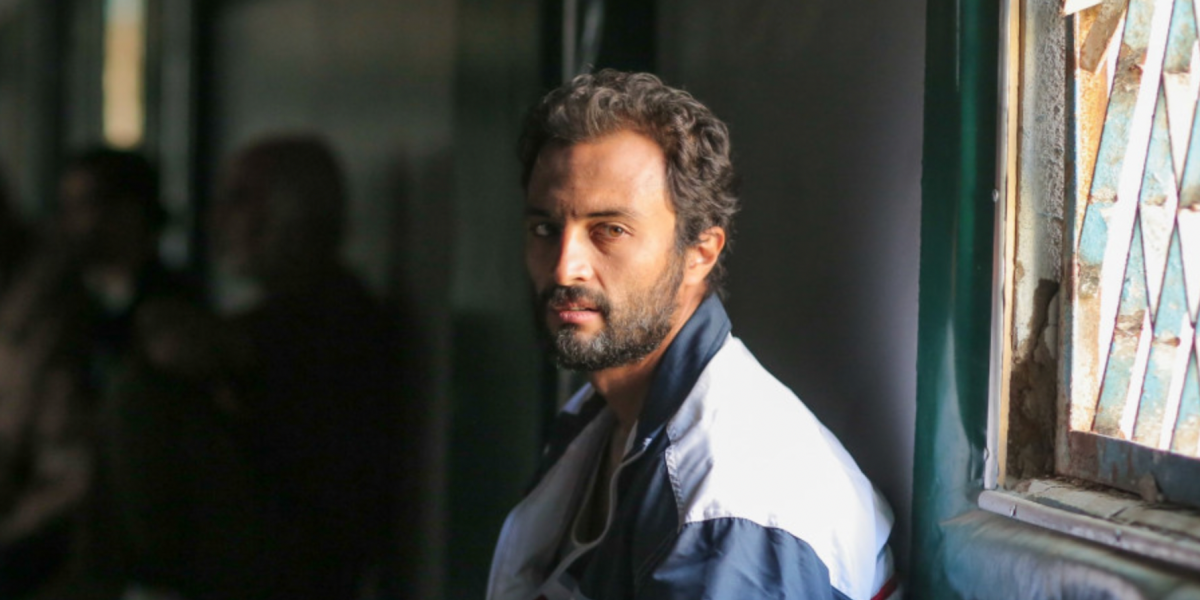 A still from 'A Hero'. Photo: Amazon Prime

There’s a harrowing Iranian drama called A Hero currently playing on Amazon, and it’s getting a lot of attention. It’s sure to be nominated for many awards, including the Academy Award for Best International Feature Film, not just on its own merits but because the much-honoured writer-director Asghar Farhadi has already won that Oscar twice before, for A Separation (2011) and The Salesman(2016).

A Hero is about a handsome, endearing young man named Rahim (Amir Jadidi), imprisoned for debt, who’s let out of prison on a rare two-day leave with hopes of arranging to pay off the debt – or at least enough of it to give his creditor, Bahram (Mohsen Tanabandeh), reason to drop the charge against him. That’s one of the few ways he can avoid serving the remainder of a ten-year prison sentence, because imprisonment for debt in Iran is apparently as irrational a bureaucratic nightmare as it was in the 19th-century England Charles Dickens wrote about. Considering that the likeliest people to be imprisoned for debt are poor, with families who can’t pay the debt either, what’s the point of locking them up?

The only hope Rahim has of satisfying his creditor is due to some miraculous bit of luck from the woman he’s involved with, the charmingly devoted Farkhondeh (Sahar Goldust). She’s found a lost purse in the street filled with seventeen gold coins.

But what might appear to be a straightforward solution to his problem is fraught with peril. The coins turn out to be worth less than Rahim and Farkhondeh had thought. The creditor Bahram is also Rahim’s embittered former brother-in-law, and he’s not willing to rescind the charge against him for anything less than the full payment of the debt. He’s resentful on his sister’s behalf for the failure of her marriage to Rahim, and he’s enraged that the significant amount of money he’d lent was lost in Rahim’s bankruptcy, costing Bahram’s daughter her dowry.

With every narrative twist and turn, those gold coins embroil Rahim in ever-widening community circles of judgment and machination that complicate his prospects more. The film has that agonising Bicycle Thieves structure, featuring an increasingly desperate protagonist racing against time, going here, there, and everywhere, trying to make his life work out in the most bare-minimum way, in a society seemingly built to make sure it never does.

The politically critical “society” part of the film is its most crucial aspect — so, of course, it’s also the aspect that’s being widely ignored, even in rave reviews and fawning interviews with Farhadi, which are tending to emphasise Rahim’s personal morality as the chief focus of the film. (“Is he really a good man or not?”)

My favourite interview Farhadi did is for Deadline, in which he says the initial inspiration for A Hero is Bertolt Brecht’s play Life of Galileo, because of the way it dramatises the life of an individual running afoul of social forces mercilessly bent on his ruin. And Farhadi also indicates that, when it comes to achieving a striking level of international interest with films seeming to deal specifically in Iranian issues, he thinks in terms of Italian neorealist filmmakers, who strove for a similar local-global appeal. In response to Farhadi citing these works made by well-known communist writer-directors like Bicycle Thieves’ Vittorio De Sica, the interviewer, Pete Hammond, says:

“I would say that your films are not overtly political at all – and I think that helps, too [with their international appeal]. Does that help you in Iran? That you’re not a political filmmaker, you’re a humanist?”

Farhadi’s response is a model of careful politeness:

“Maybe it helps that my films are . . . not very specifically from one angle – they have different angles, and I think that helped me. But I think any movie that is about society has to have a political angle to it.” 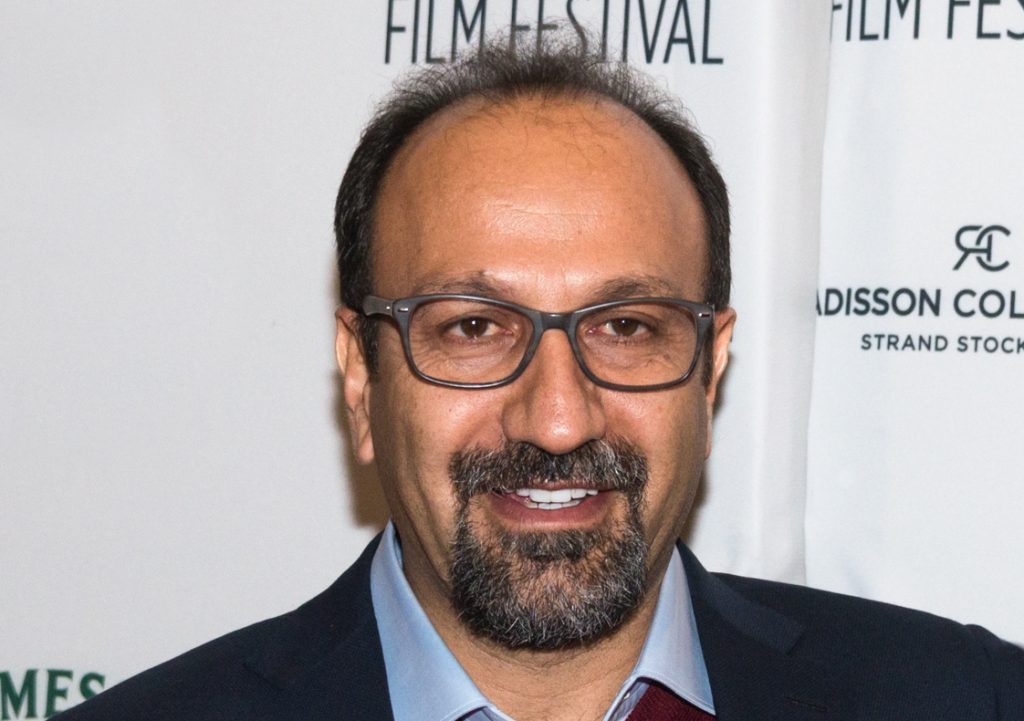 As we watch Rahim driven to the brink trying to prove himself worthy, we see him shifting toward increasingly desperate behaviours – lying, attempting to prove his story through fraud, violently attacking his recalcitrant ex-brother-in-law. In another resemblance to Bicycle Thieves, A Hero underscores how the working poor, maddened by systemic cruelty, will turn on one another in impotent fury.

It’s not that Farhadi isn’t interested in personal morality, of course. It’s just that he gives such weight to the way ordinary people with ordinary flaws are harassed and goaded by structuring authority into such agonisingly difficult situations that no choice seems like a good one for long.

Early in the film, there’s a striking scene featuring a workplace set in impossibly harsh conditions. As A. O. Scott describes it:

“Rahim visits Hossein at his workplace, an ancient necropolis carved into the side of a cliff. It’s covered in scaffolding, which is something of a metaphor for the plot of this ingenious and engrossing movie – a series of ladders and passageways that both cover and grant access to mysteries of life and death.”

But before you’re struck by anything so fancy as the mysteries of life and death, it’s the sheer difficulty and danger of that sunbaked worksite that fills the imagination. It seems to take Rahim many minutes to ascend the complex scaffolding to Hossein’s level on the sheer cliff face, and Hossein mocks him for being out of shape and panting so much.

Such hardship informs everything else that happens in A Hero. As Hossein says later in the film, if his labouring job paid him enough money to cover Rahim’s debt, Rahim “would never have spent a day in prison.”

It’s remarkable that a film with such a seemingly simple premise would be so much more engrossing than most movies coming out now. But Cesare Zavattini, the foremost screenwriter and theorist of the Italian neorealist film movement, always argued that a whole cinema could be founded on ordinary attempts to negotiate working-class existence, in all its convoluted difficulty and enmeshment in harsh social realities. Operating from that basis, he claimed in his famous 1953 essay, ‘Some Ideas on the Cinema,’ the potential material for film narratives was inexhaustible:

“A woman is going to buy a pair of shoes. Upon this elementary situation it is possible to build a film. All we have to do is to discover and then show all the elements that go to create this adventure, in all their banal ‘dailiness,’ and it will become worthy of attention, it will even become ‘spectacular.’ But it will become spectacular not through its exceptional, but through its normal qualities; it will astonish us by showing so many things that happen every day under our eyes, things we have never noticed before. . . .

The woman is buying the shoes. . . . The shoes cost 7,000 lire. How did the woman happen to have 7,000 lire? How hard did she work for them, what do they represent for her? And the bargaining shopkeeper, who is he? What relationship has developed between these two human beings? What do they mean, what interests are they defending, as they bargain? The shopkeeper also has two sons . . .”

Zavattini deliberately chooses shoe buying, the most ordinary possible action, as a peg on which to hang a narrative. It’s far less dramatic than Fahradi’s man Rahim, on leave from debtors’ prison, trying to purchase his freedom. Still, it’s remarkable how Fahradi goes about looping in other characters in just the way Zavattini describes: how this attempt on Rahim’s part impacts his sister, his sister’s husband and children, his creditor and ex-brother-in-law, his creditor’s daughter who lost her dowry as a result of Rahim’s bankruptcy, and so on.

As Zavattini put it, this opens to us a reality we share that’s been rescued from apparent banality — “a vast and complex world, rich in importance and values, in its practical, social, economic, psychological motives.” In the hands of the right filmmaker, it’s a world far more mesmerising, I assure you, than the latest offering from the Marvel Cinematic Universe.

Eileen Jones is a film critic.

This article was published on Jacobin.