Interview: 'The Raj Kundra Episode Is a Distraction from Pegasus'

The arrest of businessman Raj Kundra for his alleged involvement in producing pornographic content on an OTT platform has reignited the debate around the thin line between pornography and erotica, especially amid a boom in the Indian adult film industry. As the debates rage, many of those involved have questioned the basis of the crackdown on their industry, often citing the cult Bengali language film Gandu – which is available on Netflix – as an excuse for showing explicit sex. Adult film producer Nuefliks wrote on Twitter, “Define rules clearly before pressing charges. Don’t be (the) judge… films like Clockwork Orange nominated for Oscars, Gandu on Netflix has explicit scenes. We follow US content guidelines, released from (the) US.”

In this context, The Wire interviewed filmmaker Q of Brahman Naman (2016), Tasher Desh (2012), Garbage (2018) and Ludo (2015) fame. His 2010 film Gandu is often described as the most explicit film an Indian filmmaker has ever made. It earned accolades from viewers in film festivals across the world.

Edited excerpts from the interview below

I truly believe this is not a commentary on the social-sexual situation in India. I believe this is a political distraction from a larger issue, which is Pegasus. This is in keeping with the trend that for the past two years – whenever anything of any consequence has happened or there are elections, there is a deflection and an algorithm set rolling to distract eyeballs the other way.

I am not saying this is something super-structured or planned, but simply a serendipitous happening – an issue that came up at the right time and had the right amount of drama which could be used to advantage – a little like Sushant Singh Rajput’s case.

Is there a bigger moral question that has the potential to be explored here?

I don’t think so. This is merely a setup. This is not a landmark decision, not a The People vs Larry Flynt kind of situation where the judiciary is going to look at the situation in a highly liberal way. This is a non-issue that is being hyped. Nothing is going to happen to Raj Kundra.

What kind of social hypocrisies do you think this exposes?

Post 1992, I don’t think it’s fair to call it hypocrisy anymore. This is what we are. We are a nation of fairly racist, casteist and bigoted people, and any form of artistic creation that has to happen will happen from that space. The art world has been completely subsumed by the mainstream. There are activists who are fighting on the streets and getting killed or jailed, and no community leaders will take this on without political affiliations because it is too dangerous. However, as a child of the internet, I find solace in the power of the web, in the next big thing that will happen and disrupt everything and I am keen to be part of it. 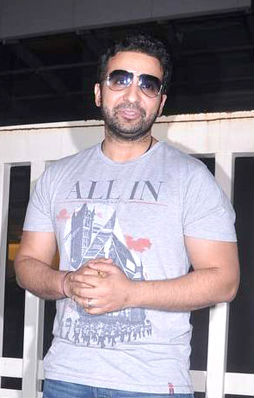 One of the major fallouts of the episodes have been people trying to defend their profession by calling it ‘art’ rather than ‘pornography’ to escape legal implications. In fact, some OTT platforms producing similar content have taken to Twitter to say that it is unfair to question their content when sexually explicit films like Gandu are being aired on Netflix…

Really? I never knew about this! Secondly, everything needs validation. For films to become art, this validation comes from film festivals. Anything that is deemed art will appreciate in value over time. Anything unvalidated or unverified is content, no matter how aesthetically rich it may be. The internet for one does not follow these rules, validation may come from viewers and likes – there is no jurisdiction here. I have been dealing with this argument since Web 2.0 made Gandu possible in 2011 – before that content had to be localised. So the internet which had made Gandu possible in 2011 wants to ban it in 2021 – for me, it is an interesting circle to have made as a filmmaker (chuckles).

So what would you say is the line between erotica and pornography?

Well, historically, erotica is upper-class pornography. In a traditionalist society like ours where tolerance is low, moral repression has made us look at everything and concur that it is against something or the other. Sex scares people, especially patriarchy. Pornography itself is highly patriarchal in nature and forms an underground drug for patriarchy. At the end of this, we are stuck in a conundrum where we continue to talk about non-issues like Raj Kundra and not about real issues like the rape of a minor when both of these have pornographic aspects, but we as a people, have lost the maturity to understand the link between these two.

Would you say pornography is a social evil?

Have you chosen the language of sexual frustration in your films to navigate society?

Yes. You see, sexual identity is the centre of our repression, then there’s caste identity. Look at this – like in the caste hierarchy, the lowest is the woman, the lowest in the Dalit is a woman, the lowest of the highest is also a woman. So the gender crisis is in our blood, in our DNA, and that I found is a very effective way of channelising my energy because as a guy I can’t understand it and I want to. All my career has been an effort to understand sexual repression from a boy’s perspective. You will see all my characters are little boys who don’t understand anything and are doomed and Gandus – and they are accepting their Gandu status, they are non-patriarchal, not trying to impose their masculinity on the world. These were things that were very crucial to me – as information to be disseminated inside my artworks.

What does it mean to be part of India’s counterculture?

See, even Gandu was a popular culture phenomenon, albeit in a niche sense. Since then a rap scene has emerged, an indie scene has emerged. Before this subcultures were looked down upon because it’s like a caste system, where certain acts are devalued compared to others. So I have always been interested in shocking the popular culture, showing them naked bodies so that they will be titillated and forced to watch.

How have you handled criticism as an artist?

I love it! In a sense, I am a pornographer for the mainstream world or artists and I am lucky to have got validated from A-list festivals. I happen to use a particular rasa beebhatsaya from our Navarasa culture that is ignored and people don’t want to talk about it. But it has a certain shock value and I just accept that I am exploring things from a different point of view than most. I am aware of how emotionally fragile we are as a nation and so I am not at all surprised at their reactions!

What are your views on the future of sexual liberation in India? Would you have made Gandu today?

It wouldn’t have been possible to make Gandu today. (chuckles) I find solace in the fact that I could predict that we would become the Republic of Gandu. I mean, look at us! We have become the stupidest nation in the world!

What do you think will be the immediate and far-reaching consequences of the Kundra episode?

How do you think pornography should be handled in India? Should there be a change in laws or policymaking?

Of course! The Cinematograph Act itself is a hundred-year-old one and it is being looked at through the lens of a very modernist yet dated constitution. And I can foresee, in the digital age, all this will be questioned. I am no one to predict the future but I can see the writing on the wall – clearly, all the laws and the games we used to play will have to change. They are changing as we speak.

Sreemanti Sengupta is a freelance writer, poet and media studies lecturer based in Kolkata.