Interview | 'Jwlwi' Is the Story of Many in the Northeast During the Insurgency: Rajni Basumatary

The actor speaks to The Wire about making a multilingual film and the compelling personal reasons behind her decision to bring the story to screen. 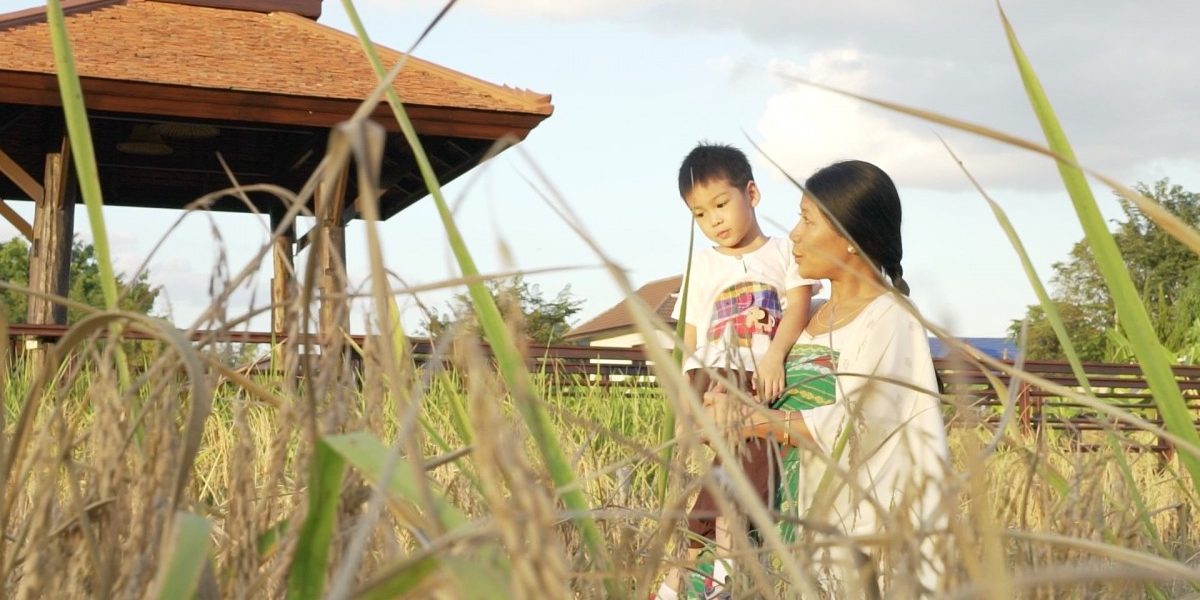 A still from the movie 'Jwlwi – The Seed'

New Delhi: Many still recognise Rajni Basumatary as Mary Kom’s mother from Omung Kumar’s 2014 movie. It was in the Priyanka Chopra starrer that she was first widely noticed by filmgoers.

However, since November 2019, Basumatary has been the talk of the town for Jwlwi – The Seed, a film she has not only directed but also played the lead role in.

The multilingual film, which has Bodo, Basumatary’s mother tongue, as the dominant language is an important piece of cinema, not only for bringing to the fore the overlooked issue of the lives led – and lost – in the conflict theatres of the Northeast, but also for adding a woman’s perspective to it.

Shot in Assam, Delhi and Thailand, the movie narrates the story of families brought together by unusual circumstances.

Rajni also had a compelling reason to chronicle the story on screen – her brother, a member of a proscribed armed group in Assam, had disappeared. Several believe that he lost his life during the Royal Bhutan Army’s operation in the neighbouring country, which was carried out at the behest of India towards the end of 2003. 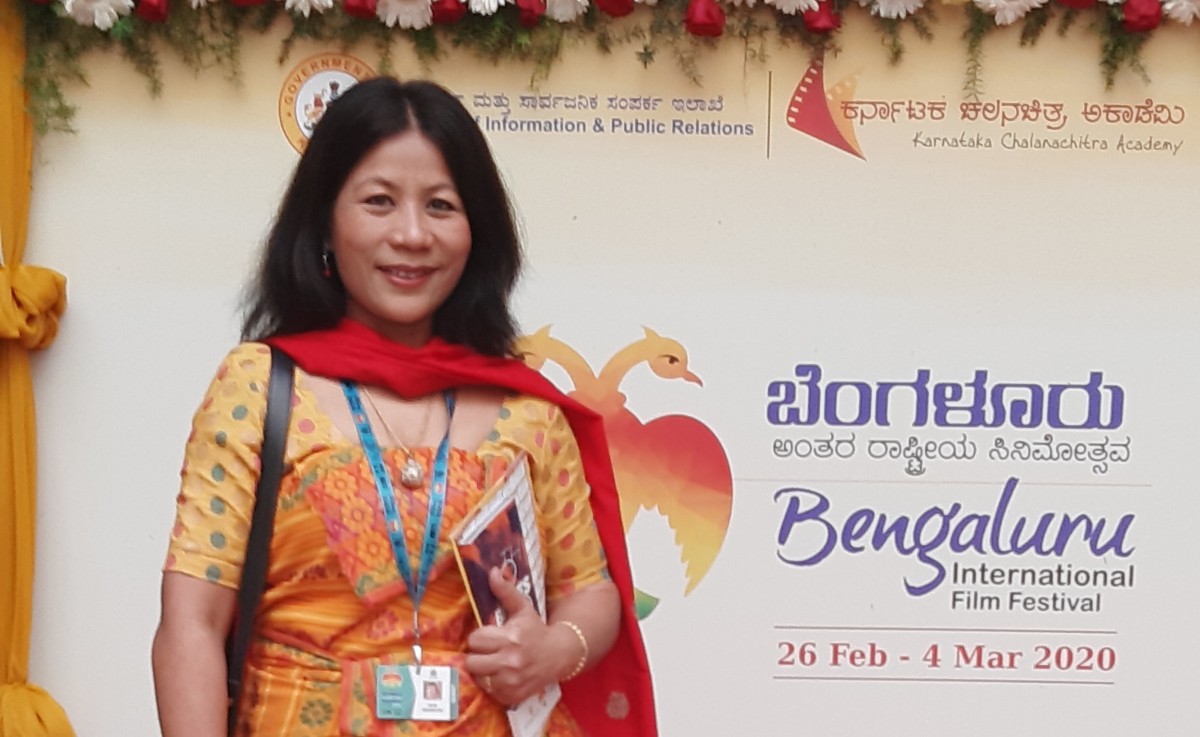 In an email interview to The Wire on the occasion of Jwlwi being made available for online streaming during the COVID-19 pandemic, Rajni said that while the story was not strictly about her family, “Being directly affected (by the conflict), I thought no one could tell this story better than me”. She said, “The film has also proven to be a catharsis for me.”

Jwlwi – The Seed was theatrically released in November 2019 and has since done the rounds in the film festival circuits within India, cornering critics’ interest, including in the Guwahati, Chennai and Pune International Film Festivals in addition to picking up the Best Screenwriting and Best Film Editing honours at the Fourth Sailadhar Baruah Film Awards held in Assam.

What led you to become a filmmaker? You also act. How do you straddle both these worlds? Is it not draining to be both an actor and the director of a film? How was your experience?

I have always been fascinated by the art of storytelling. I began writing short stories, novellas and articles during my high school days. Telling stories through audio-visual mediums, and cinema to be precise, was a natural progression for me.

I do love acting on screen for others’ projects but Jwlwi – The Seed is the only film of mine wherein I have played the lead role. It was a bit challenging but only logistically. Because my cameraman, the gaffer, the costume designer and the make-up artist would want me at the same time. But in hindsight, my juggling multiple roles in the film was actually a positive thing for the film. That way, the project was under my control because I didn’t have to depend on others to make important decisions. It could have indeed been draining but thankfully I had a great team to back me up, especially my associate director, Raja Narzary.

Why did you choose to tell the story of Jwlwi?

This film is based on the horror stories of insurgency in the north-eastern region of India in recent years. The insurgency started in the 1980s and was at its peak in the 1990s. It continued for two long decades. Arbitrary killings, torture, kidnappings, either at the hands of state or non-state actors, were widespread.

My own nephews and cousins were killed by the armed forces. What hit my family the hardest was when one of my brothers disappeared during Operation All Clear, carried out by the Royal Bhutan Army at the behest of the Indian Army in December 2003. The media reported that my brother, who was then the publicity secretary of a banned outfit, was captured by the armed forces. News reports for the next few days ranged from stories about him being tortured to having escaped from the army camp. 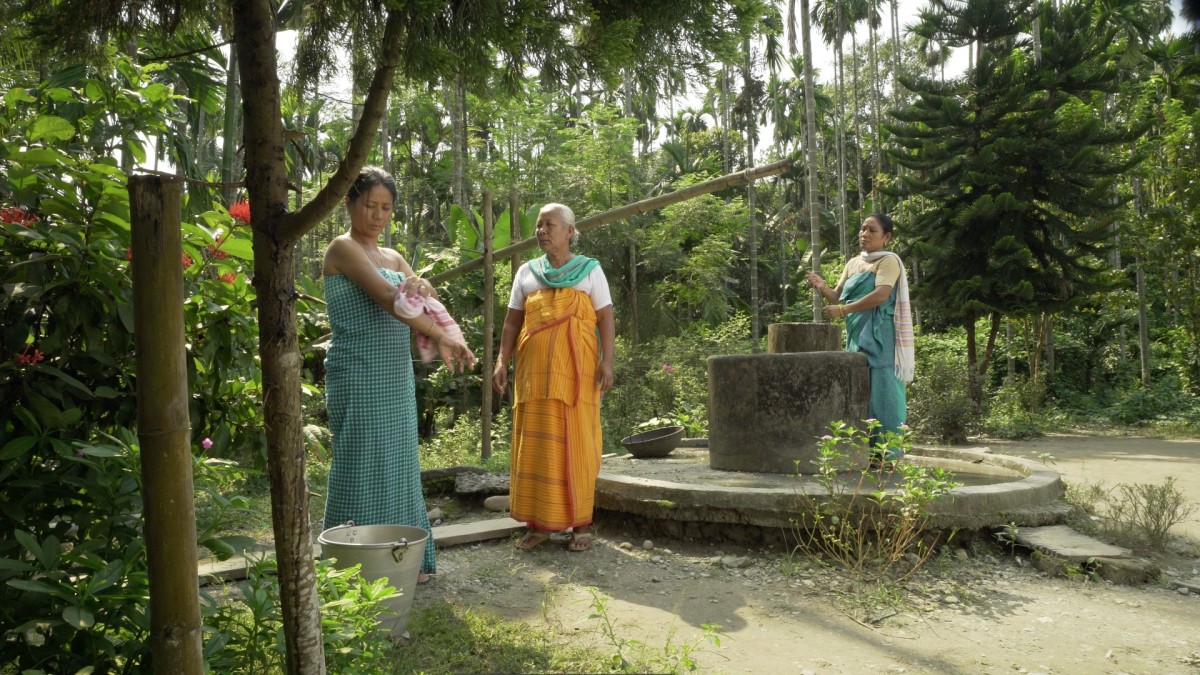 A still from the movie ‘Jwlwi – The Seed’

Since then there has been complete silence. We don’t know how exactly he disappeared off the face of the earth. We even filed a habeas corpus with the Guwahati high court. The Indian Army clearly denied having any knowledge of his whereabouts. My aged parents died hoping that their son would return home someday, even if it meant after they were long gone. But that is yet to happen. It’s been nearly 20 years now. Not getting closure and his continued absence was a huge burden in my heart. It was an important story for me to tell because there are not many mainstream films made on the subject, especially in the Bodo language.

In the film, you relate the story from the women’s point of view. Why was that?

I have observed that during the separatist movements, it is the women who suffer the most. When a man becomes a fugitive in the eyes of the law or loses his life, he would have seen it coming as it was his decision to join the armed struggle – whether due to genuine concerns for the oppressed or due to his misguided dreams.

Also read: ‘Axomiya or Bongali?’ What Growing Up Bilingual in Assam Taught Me About Its Fraught Past

But the women are invariably left behind at home to fend for themselves – unprepared and caught off guard. Most of the time they uneducated, unskilled and untrained. They find themselves having to look after not only their children but also often times their ageing in-laws. These unimaginable hardships have broken yet made them strong; hopeless yet eternally hopeful for their better tomorrow. This fascinated me and made me write Jwlwi from the women’s point of view.

What stood out for me in Jwlwi was also the way language was used. It has English subtitles for a wider audience but also uses a mix of Bodo and Assamese, which reflects the hyphenated or dual relation most people in Assam have with language. Many in Assam straddle different languages, mostly those whose mother tongue is not Assamese. Do you want to comment on it? In your film, you could have used only one language for the actors.

It is true that the family and people around them shown in Jwlwi are Bodos and Bodos are ethnically and linguistically very different from the Assamese. But undeniably, Assamese is still the connecting language when it comes to mixed marriage homes and public spaces like police stations, media houses and government offices. So, since my effort is always to make realistic films, it was a very natural thing to use different languages as and where a scene or character demanded. As you have watched the film yourself, you would have seen that besides Assamese, I have also used English, Hindi and Thai in the film.

The first few minutes of the film have various sounds and sights of Assam’s rural life. It was as if to familiarise the wider audience with these elements, almost as if they have a say too in the film. How conscious was your decision in having those sounds from the natural world feature in the film?

I am so glad you noticed that. Our sound designer, Amrit Pritam has done a great job in designing the sound that brought life to the film. I was born and brought up in a rural environment in Assam. The sound of particular insects in the lush green paddy fields, especially after a monsoon rain, night crickets crying and adding to the mystery of dark nights, domestic as well as stray dogs barking at the armed force personnel during night raids, the crows cawing in a particular way, the sound of paddled bicycles through cobbled roads of the village, are way too familiar and dear to me. I couldn’t have not used them in the film! 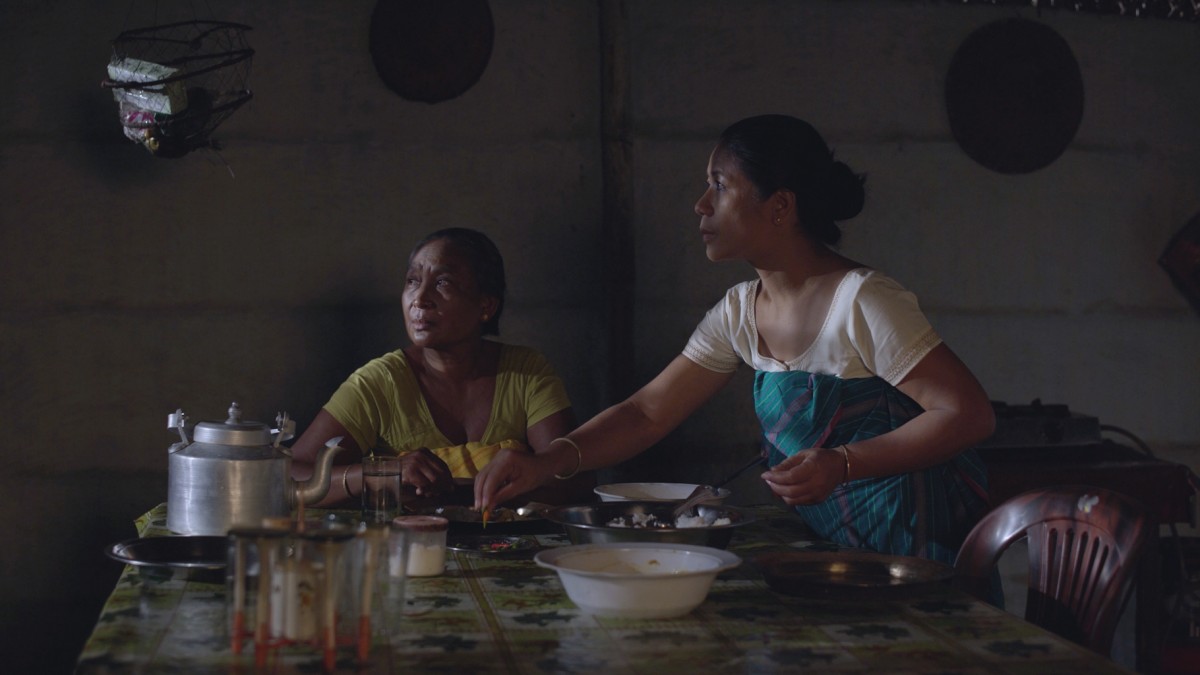 A still from the movie ‘Jwlwi – The Seed’

Lately, we have noticed a surge in women filmmakers from Assam and each one of you is talented and has been able to deliver good cinema to the audiences. Have you watched the work of your contemporaries? The stories all of you have told are very rooted in the soil.

Not that the state didn’t have award-winning women directors who could tell powerful stories earlier but now, with such a significant number of women filmmakers making films that are being talked about and appreciated widely, do you think that this particular period can be defined as a distinct phase in Assam’s film industry?

I do think this particular period can be defined as a distinct phase of Assam’s film industry not just because of the varied content that is being seen but also as both men and women are on an equal footing when it comes to creating them. I have always admired my senior Manju Borah baideu (elder sister in Assamese) for her dedication in creating alternative cinema. She has inspired me a lot and I have watched most of her films starting from Ahir Bhairav to the more recent ones. I have also watched films by my contemporaries, Reema Borah and Rima Das. We women filmmakers have started a bit later than our male counterparts and hence catching-up with them is needed. It is always nice to see films made from the female gaze.

Also read: ‘Axone’ Review: A Bit of North East in a Delhi Neighbourhood Where Racism Is a Regular Experience

The popular impression that there is gender parity in tribal society is only half of the truth. In reality, there is huge inequality between how women and men are treated, not just in society but in normal families. My next film will address this subject.

My plan was to go on the floor with the project early next year. Unfortunately, owing to the pandemic, the time frame is a bit uncertain now.