Director Anik Dutta says it is a 'mystery’, but there are hints that chief minister Mamta Banerjee may have taken offense. 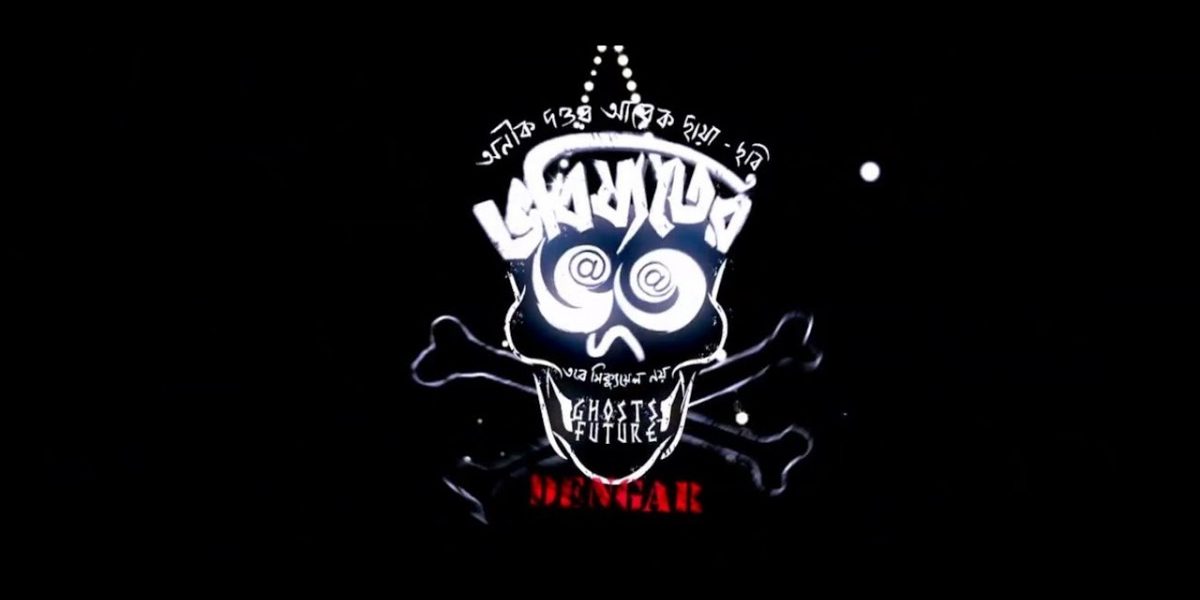 Kolkata: Bengali director Anik Dutta’s Bhobishyoter Bhoot (Ghost of the Future) was pulled from multiplexes and single-screen theatres across West Bengal, the day after its release on February 15.

Sources close to the film’s core team said included a few sequences satirising political leaders from West Bengal. Other reports in the news suggested that Dutta’s public criticism of the Kolkata Film Festival – for plastering chief minister Mamata Banerjee’s images over their promotions – could be the reason for the film’s disappearance.

Following the shutdown, on Sunday evening, film buffs, students and theatre-workers held a small demonstration in the Esplanade area. The demonstration was also attended by the cast of the film.

The Wire had a quick chat with the director, Anik Dutta. 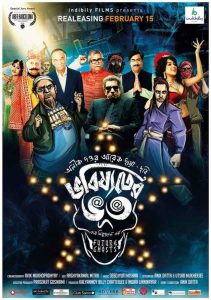 What is the Bhobishyoter Bhoot controversy all about? Could you walk us through the events since the film’s release on February 15?

The film was slated for release on February 15 and was released with all the due diligence done and after receiving a censor certificate, which is the last and possibly the only authority which can decide wither a film can be publicly screened or not.

On February 16, it was unceremoniously pulled, without even letting our distributors and producers know. Shows were cancelled, pre-booked tickets were refunded.

How did you get to know that the film was being pulled off from the theatres?

We got to know from various social media platforms, telephone calls and then the news started trickling in. What’s surprising is not only did they [the theatre management] give any reason, they didn’t even bother to let us know that there are taking such a decision.

The decision taken by them is obviously a violation of a contract because they had given us those shows after a lot of haggling. Initially, they were not willing to give us the number of shows we demanded, but finally they agreed and accepted the money.

If they were to change the decision, the minimum courtesy demanded would have been to let us know. 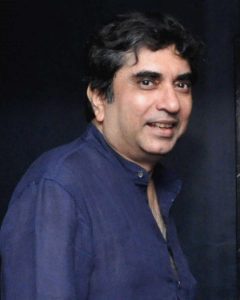 Have you visited any theatre by yourself to see what’s going on on the ground?

Yes. I went with a few cast members to the INOX multiplex at South City Mall, Jadavpur. We asked for tickets at the booking counter and the person said that ‘all the shows of this movie have been cancelled’.

When we approached the manager, he told us: ‘we cancelled the shows after instruction from higher authority’. When we asked to see an official letter with the instructions from this higher authority, he said he can’t let us know more than that.

News reports stated that the Kolkata police had sent a letter to you for a possible screening before the release of the film.

Not to me. Three days prior to the release of the film, one of the producers received a call, followed by a letter from the intelligence department of Kolkata police, stating that they have information that there are some content in the film which may hurt the sentiments of the concerned section of the public which could lead to a political, law and order situation.

So they, (the police) wanted to see the film once for themselves before the release to make sure everything in the film is fine. The producers of the film responded by saying that the police don’t have the jurisdiction or the prerogative to do that because according to the Supreme Court judgment, the CBFC is the only authority to allow or disallow the screening of the film. 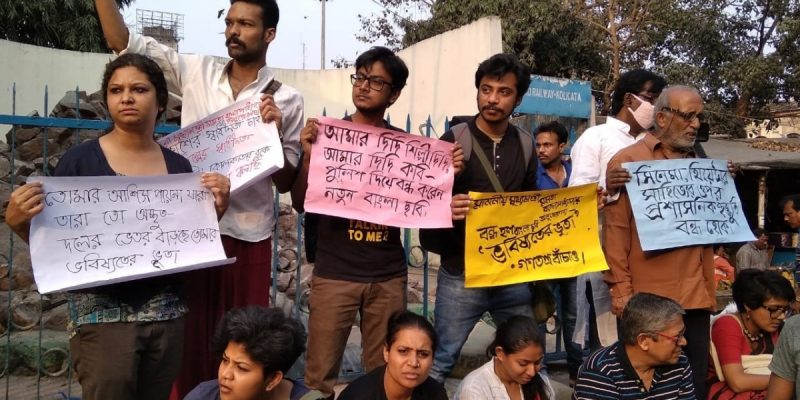 What was your reaction to the letter received from the Kolkata police?

It was sent to producers and they responded it accordingly. After the release and before the shutdown, there hasn’t been a single report of any kind of disturbance. So the apprehensions were obviously imaginary. And I believe if even something untoward happened, it is the duty of the police to ensure and protect rights of the exhibitor, producer, director, and the public.

How do you define the genre of your film?

There are some 2,000 different kinds of genre; it’s difficult to pick one. My film has a lot of elements; it is clearly a satire with some political undertones and overtones also. Whether that makes it a political satire, I don’t know simply because there are whole lot of other pieces of stuff also.

Have you received support from the Kolkata film fraternity on this issue?

I personally haven’t called anyone. Veteran industry people like Soumitra Chatterjee, filmmaker Tarun Muzumdar, Madhabi Mukherjee had called up and expressed solidarity. Soumitra Chatterjee wrote a scathing letter, which was published by various news outlets. My contemporaries and juniors from the industry raised their dissatisfaction through social media.

News reports state that at the Kolkata Film Festival last year, you publicly criticised the present regime. Do you think this present issue is a consequence?

I was invited for a panel discussion and I was not critical about the present regime, I was critical about the fact that when I walked in through the gates, I saw two huge flexes were hanged of Nandan logo designed by Satyajit Ray and the entire premise of Nandan was plastered with a face (Mamata Banerjee), which has nothing directly to do with films. Nandan means aesthetic; I don’t find it aesthetically great.

What is the way forward, what will be the plan of action?

As far as I know, producers will be taking legal action in accordance with the law and their business. I feel I don’t need to do anything here; it has been taken over by a lot of people who feel strongly about this.

Why do you think such actions were taken against your film?

I don’t speculate till such time when people own up the decision and state the reason for such action. I still haven’t got any official communication on why the film was cancelled, all they (theatre management/owners) said was that the “instructions were from higher authorities,” but they are not willing to say who these higher authorities are. No section of the establishment owned up for issuing such and such orders. Right now it’s a ‘mystery’.