How Can We Understand India's Fractured Independence?

As street children in the national capital with torn clothes and malnourished faces try to persuade the affluent to buy national flags for their mere survival, the tales of our fractured independence become sharper. 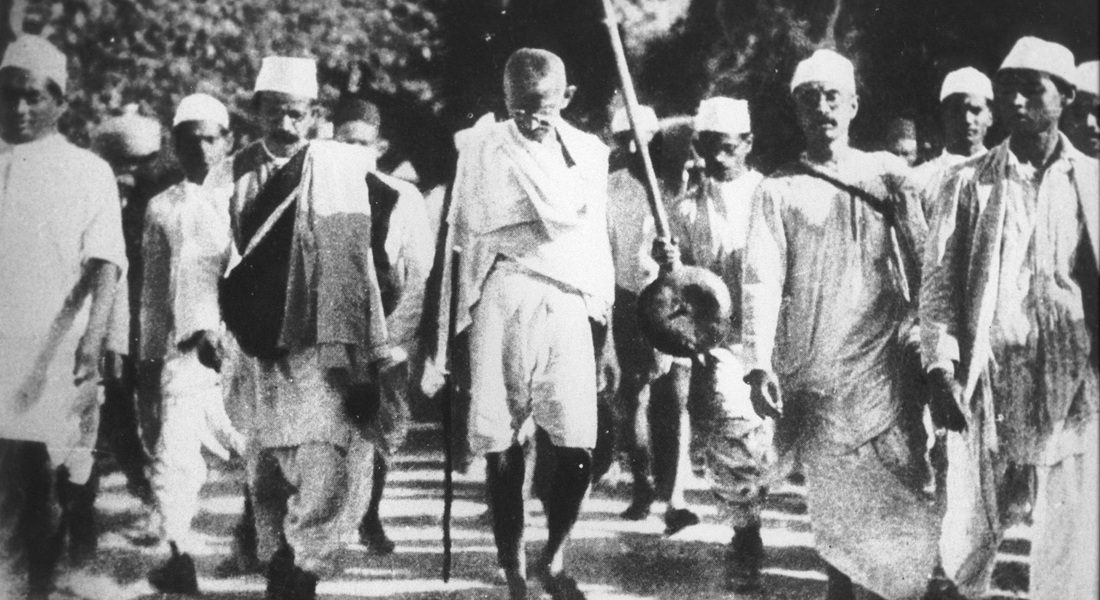 Wherever you find free soul–
that’s my home.

August 15 – my childhood memories take me to those moments which, it seems, I have lost. A day of celebration, distribution of sweets at school, an idealist/honest/contemplative headmaster, the tales of Gandhi, Nehru and Bhagat Singh and the sound of music – Allama Iqbal’s ‘Sare Jahan se Accha’. The day used to enchant us. However, with adulthood, as I begin to eat the ‘fruit of knowledge’, I feel a decline in the spirit of celebration.

Even though Independence Day continues to arouse my psychic urge to feel the meaning of Gandhi walking towards Dandi, or Bhagat Singh writing his diary in jail, I cannot deny a sense of disenchantment. And particularly at this moment when the might of majoritarianism causes severe damage to the principle of inclusion, and the violence of ‘development’ is valorised, it is not easy to sit in front of the television and watch the Red Fort spectacle. Instead, I choose to watch M.S. Sahtyu’s Garam Hawa, read U.R. Ananthamurthy, and begin to make sense of the prevailing state of affairs indicating the consequences of our fractured independence.

Salim Mirza amid the scorching wind of Partition

(A song from Garam Hawa)

Garam Hawa was released in 1973. However, even today as I watch the film, and enter the inner world of Salim Mirza (Balraj Sahni), I experience the merger of history and cinematic imageries, sociology and the tales of the tormented life of a Muslim gentleman in post-Partition India. Not solely that. In the pain, loss and hope of Salim (Balraj’s sublime art of acting is as powerful as Ismat Chughtai’s story and Kaifi Azmi’s script), I see the complex trajectory of Indian secularism after the assassination of Gandhi by a Hindu fanatic. Salim believes in the grace of Allah; he adores Gandhi and thinks that the Mahatma’s sacrifice has a deeper meaning: Hindus and Muslims can live together and heal the wound of Partition, and he can continue to run his shoe-making factory in Agra. But then, is he becoming irrelevant? Is he refusing to understand the mood of the times? And is he trying to retain the idealism that has lost its relevance after the departure of Gandhi? 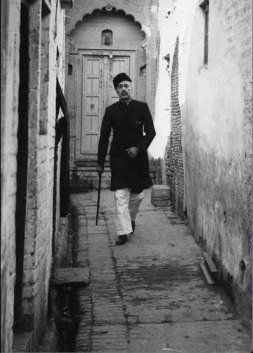 Balraj Sahni in a still from Garm Hava.

Unlike Salim, his elder brother Halim Mirza is a Machiavellian – a leader of the Indian Muslim League, and despite his promise to stay in India and work with the Muslims here (the film depicts beautifully his narcissism as he loves to hear the echo of his own fiery speeches), he emigrates to Pakistan with his wife and son. Yet, Salim, despite losing his credibility in the community because of his brother’s deeds, retains his hope in the possibility of leading a dignified life in India. However, with the changing socio-political reality after Partition, Salim experiences scorching wind – the existential, political and economic turmoil of the troubled times.

Look at the three traumatic experiences he passes through. First, it becomes exceedingly difficult to run the business. As banks and lenders become reluctant to lend money to Muslim businessmen (it is feared that without repaying the loan they would eventually migrate to Pakistan), Salim’s business suffers. Even though at this moment of economic hardship Salim, instead of bowing down, redefines himself as a humble shoemaker (is it an internalisation of the Gandhian lesson of the dignity of labour?) to earn his living with self-dignity, Baquar – his eldest son who used to help his father in business – cannot bear it anymore. He too leaves India, and migrates to Pakistan.

Furthermore, Salim loses the large ancestral house after his elder brother’s departure. Salim keeps experiencing the pain of loss, separation and increasing marginalisation. Everyone leaves – Halim, Baquar and then his cunning brother-in law. He experiences the deficiency in trust. Everyone suspects. His Muslim identity is a major obstacle. It is not easy to rent a house; it is not easy to convince even the loved ones including his wife. Furthermore, he is investigated on charges of espionage over his sending plans of their former property to his brother in Karachi; and then his physical injury in a mob violence reveals the degree of humiliation and stigmatisation he is passing through. It is like being crucified in one’s own land. And third, as the film portrays with a great deal of sensitivity, Amina (Gita Siddharth) – Salim’s daughter – experiences the violence of division.

First, she loses Kazim (Halim’s son) whom she loved intensely; and then, she loses Shamshad (Salim’s brother-in-law’s son): her last refuge, her love and surrender at Fatehpur Sikri with the enchanting qawwali. The migration to Pakistan, the destiny of separation and the search for new fortune – neither Kazim nor Shamshad can come back and unite with the beloved. The divided nation with fractured independence doesn’t allow Amina to live; her suicide is the ultimate tale of the trauma of Partition: the loss of the feminine amid the cowardice and conspiracy of masculinity. Again, Salim loses her mother. Her refusal to die at a rented house, and her moment of death at the ancestral house (Salim somehow manages to take her there), the movement of her eyes and her quest reveal the meaning of a home – the land filled with memories, the spirited space that cannot be divided geometrically. 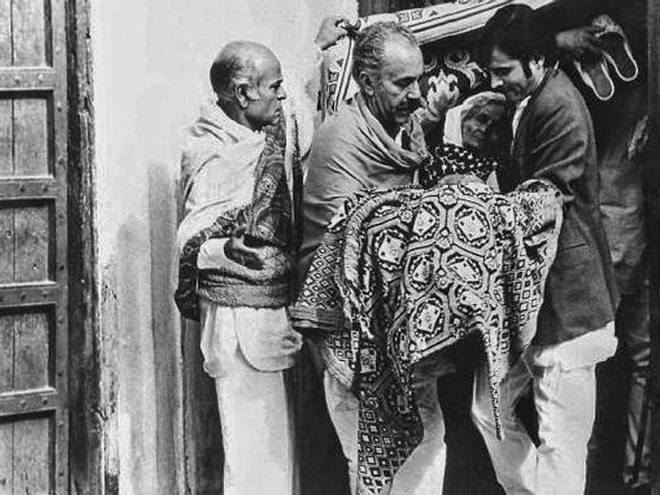 A still from Garm Hava.

For how long can Salim live in India as a tormented/unwanted entity? He too decides to leave the country with his wife and younger son Sikander (Farooq Shaikh). As the tanga moves towards Agra railway station (a symbolic site in the film depicting the journey towards Pakistan), something happens. We see a huge demonstration, the ecstasy of togetherness, a moment of collective struggle for justice and equality in the tormented nation. Sikander and then Salim decide to break their insulation and become part of the confluence of struggling people. No, this time the tanga does not go to Agra station; it undertakes a reverse journey, and takes Salim’s wife to her own land.

“Through his readings of Savarkar, Godse truly believed that Gandhi, the advocate of non-violence was an impediment.”
∼ U.R. Ananthamurthy

Despite the scorching wind of Partition, Garam Hawa ends with a ray of hope. However, when an assertive ideology of militant nationalism becomes the dominant discourse, it is difficult to carry the lamp of truth. Yet, as I approach U.R. Ananthamurthy – the creator of the path-breaking novel Samaskara, I see yet another struggle in the realm of ideas. In his last book Hindutva or Hind Swaraj, Ananthamurthy, despite his frail body (possibly, he was smelling death), evolved a sharp critique of Savarkar’s Hindutva – a project of militarised nationalism legitimised in the name of Hindu unity, and aimed at excluding the ‘alien invaders’ for retaining the supremacy of Hindu rashtra. True, despite his affinity with Gandhian and socialist movements, Ananthamurthy could not escape the moment of pessimism. “It seems to me”, he laments, “the Gandhi era has come to an end; Savarkar has triumphed”. And this despair gets intensified because, as he articulates his anguish, “Mr. Narendra Modi with no regret for the Muslims massacred in Gujarat which he had ruled unopposed, has set out to make a strong India ruled by the corporates.”

In fact, in the present regime, Ananthamurthy saw the unholy alliance of Hindutva and anti-people/reckless development with its inherent violence. His immensely sensitive mind sees the ‘evil’ in ‘mines, dams, power plants and smart cities’; it is truly traumatic to see ‘shadeless roads, widened by cutting down trees; rivers diverted to fill the flush tanks of five-star hotels; hillocks – the abode of tribal gods – laid bare due to mining; marketplaces without sparrows and trees without birds.’ Like Salim Mirza’s pain and hope, Ananthamurthy too passes through the curved trajectory of mixed emotions.

Even though the triumphant ideology of Savarkar’s Hindutva seems to be all-pervading, Ananthamurthy does not forget to renew his hope and moral conviction from Gandhi’s Hind Swaraj: a dialogic text inspiring the reader to see the possibility of collective redemption in soul force, in ecological harmony, and in ethically empowered decentralised/inclusive communities. At this dark hour when all alternative voices are suspected as potentially ‘anti-national’, and the psychology of fear weakens us, Ananthamurthy celebrates ‘egoless fearlessness’. “Had Gandhi lived”, we are told,”he would have recommended Sarvodaya to a world that is gasping because of modern development.” From Salim Mirza to Ananthamurthy – Gandhi keeps haunting us.

I too strive for answers. And as street children in the national capital with torn clothes and malnourished faces try to persuade the affluent to buy national flags for their mere survival, the tales of our fractured independence become sharper. With pain and longing I seek refuge in a Kishore Kumar song ‘Aa Chal Ke Tujhe, Main Leke Chalu’: