Hindi Cinema, for All Its Technical Gloss, Is on a Downward Spiral

Cinema, and more specifically Bollywood, must decide whether it wants to change quickly and adapt to a new entertainment order, or face a slow winding down. 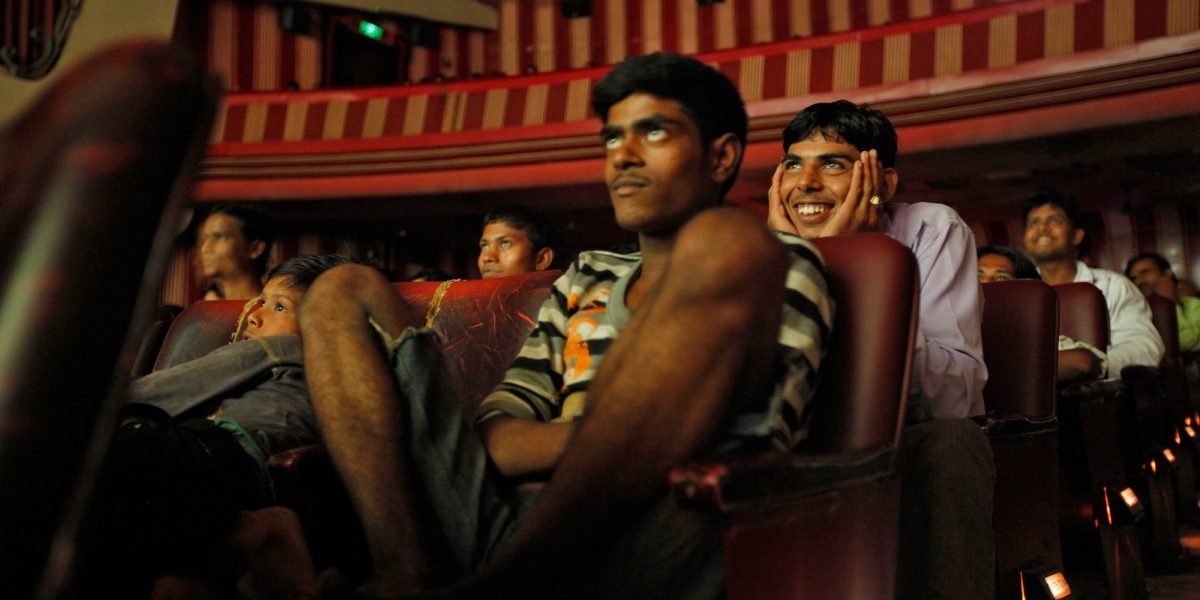 There is hardly any Indian who has not been touched by the all-pervasive (sometimes invasive) influence of cinema. From the 1940s till the end of the last millennium, cinema was the dominant entertainment in the country. Lifestyles, social behaviour and cultural trends all were determined in some manner by films. Indian films, with their stars and soundtracks, were the omnipresent influencers in our vast and diverse country.

Whether it was the socialist idealism of the ’50s or romance and crime of the ’60s, or values ranging from secularism to religion, reconfiguration of the joint family system or urban migration to sheer escapism, 40 million cine-goers thronged the 12,000-plus theatres right from independence for almost 40 years, when suddenly television happened and changed the dynamic of popular entertainment, beginning in the ’90s with the coming of satellite channels like Zee TV, Star TV and Sony Entertainment TV.

While we still did not have – then – organised cable or DTH networks, there were millions of homes which were connected by local operators using wires strung across towns and cities. People suddenly found a medley of entertainment and information for a paltry monthly cable. This impacted the already-dilapidated cinemas, which steadily lost audience and began shutting down. Today, Indian cinema finds itself amidst the rapidly-shifting sands of social and technical change.

Let’s look at the Hindi film industry, popularly known as Bollywood. For decades, it was the womb which nurtured a billion dreams. Running the show were titans like V. Shantaram, Mehboob Khan and Devaki Bose in the 1930s and ‘40s, Bimal Roy, Raj Kapoor and Guru Dutt in the ‘50s, Vijay Anand, Raj Khosla and Yash Chopra in the ‘60s, and Ramesh Sippy, Prakash Mehra and Manmohan Desai in the 1970s.

Today, there is not one iconic filmmaker. Even in the 1990s, directors like Sooraj Barjatya, Aditya Chopra and Karan Johar achieved iconic status. At present, there are filmmakers who have had mega successes – Rajkumar Hirani, S.S. Rajmouli and Rohit Shetty – but do not have any special halo around them. The three Khans – Aamir, Shahrukh and Salman – do enjoy special star status, but that’s more to do with their two decades of success. The last superstar continues to be Amitabh Bachchan. 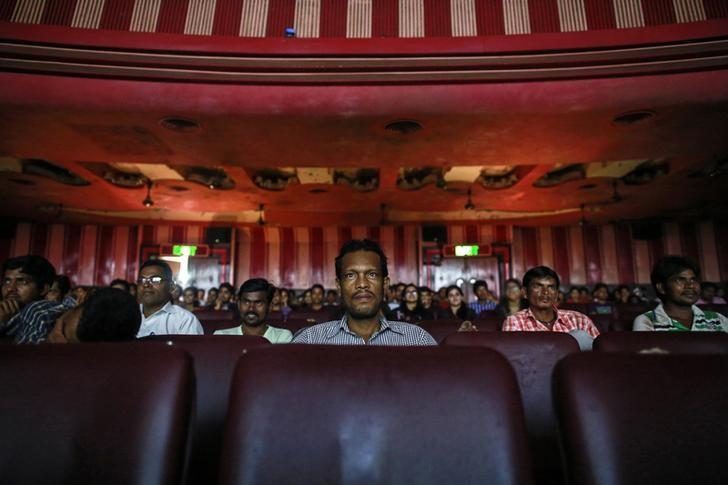 Then where are the Madhubalas, Nargis, Sadhanas, Hema Malinis or even Sridevis? There’s no dancer like Helen, Bindu or Aruna Irani, screen villain like Pran, Amjad Khan or Amrish Puri, or a comedian like Johnny Walker, Mehmood or Asrani. I think overexposure and predictability have robbed Bollywood of its magic and that elusive charisma which prevailed around the showbiz of the last century.

Hype has overtaken substance and stardom is lost amidst product endorsements and paid appearances at weddings. Yes, the stars have more money today than their predecessors, but not their stardom. Why is it that in spite of much wider media coverage and promotion, movies are losing their charisma and appeal? Partly, it is because the medium itself is looking tired and jaded. Artificially propped up by aggressive marketing and technical bells and whistles, Hindi cinema has lost its primacy as the nation’s premier entertainment.

Also read: The Indian Film Industry is Missing Out On ‘Make In India’

For years now, hundreds of millions have tuned into one of 500-plus channels on their TV sets to get their daily fix of “time pass”. Now, with the advent of digital technology, whole new worlds of online entertainment and now mobile entertainment have started to dominate the lives of the average Indian, specially of the 15 to 35 demographic. Today, IPL cricket matches attract more viewership than Bollywood movies. Footfall in cinemas is down for the fifth consecutive year, as per data published in various trade journals and industry reports by FICCI and CII. This despite the fact that there are only 8,200 screens today, as against 13,000 in 1970.

Over production (India produces over 1,500 films in 20 languages every year) and the paucity of screens, along with a saturated release in 3,000-plus screens simultaneously, means that most films hardly survive a couple of weeks in theatres. The business in one big instant bang and then a quiet fizzle. Films are remembered from one Friday to the next and then dumped on the hundreds of TV channels that run them on an endless cycle. Only the spectacle and the family-oriented romantic comedies seem to score at the box office, with an occasional slice-of-life film striking a chord with the audience. The share of regional films is rising by the day as Hindi films lose their domination. There are some bright young filmmakers, but they too seem to burn out quickly in their attempts to reach out to a wider mainstream audience. No doubt the craft is far superior today and many of our technicians and actors are world class, but mediocrity rules.

As attention spans get shorter and people’s mind space is cluttered with a digital overload, less and less people will go to the movies. Sure, more people will watch movies at home on multiple screens, but family outings to the neighbourhood cinema and movie dates will be come rarer.

One of the problems in the Indian film industry has been its resistance to change. It is always slow to accept new technology or business practices. There is no innovation either in content or presentation. Sure, today’s films have a better production design, look and feel, but even non-traditional plots are usually flattened out to make them fall into an accepted mould. The fact that TV and now digital screens are attracting more eyeballs is brushed aside as a passing phase. There is a patronising air about the non-theatrical exhibition of films. Most film people’s exposure to the internet is limited to social media. Our presence on the international festival circuit has actually come down, as our filmmakers are happy at tapping the diaspora alone. 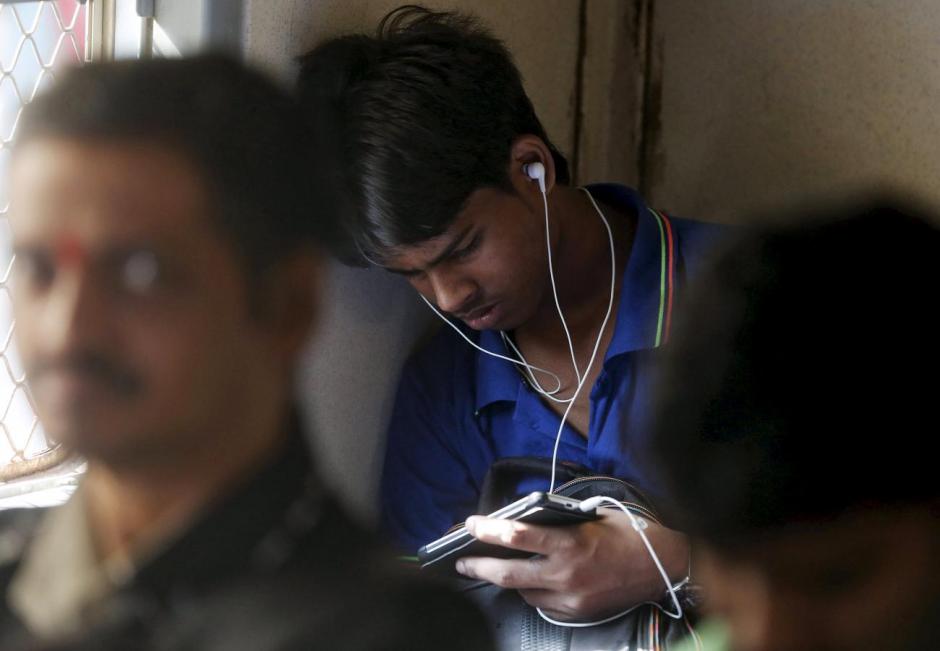 A man watches a video on his mobile phone as he commutes by a suburban train in Mumbai, India, March 31, 2016. Credit: Reuters/Shailesh Andrade

Music, which was the hallmark of our popular cinema for decades, is now just a repetitive mishmash of borrowed sounds and words. Thumping beats overpower melody and inane lyrics like ‘Sarkaye lo khatiya‘, ‘Tu hai mera fry‘ and ‘Chikni Chameli‘. There is not a single real composer (besides A.R. Rahman, who could just as easily have got work in say the ’60s Bollywood). Choreography is random and often forced such that even a simple romantic song becomes a show of calisthenics. No wonder the shelf life of today’s songs is limited to at best a few months. Visual effects are dazzling sometimes, but the action is so forced and exaggerated that it turns comic by default. The social disconnect is quite apparent in most films, though there are honourable exceptions.

The medium of cinema is undergoing a stage of rediscovery. Challenged by technology and several new, engaging leisure alternatives (gaming for one), it must find a new idiom. Narrative styles suiting shorter attention spans and more compelling storylines perhaps is one way forward. What has to be accepted is that both access and formats are being reinvented every day. The day has only 24 hours and every minute has several new claimants. The wallet too is being split between several new options. In such a scenario, Bollywood must be willing to shed its baggage. It has to rework its revenue model, enlarge its footprint, reduce production costs and innovate. The major change has to come from moving from theatrical revenue alone to other platforms. As I mentioned, given the multiplicity of leisure options, narrative formats of movies must be rethought. There has to be a compelling reason for the audience to visit a cinema, otherwise they would like to access films on other devices. The share of global box-office must grow manifold for the revenues to grow.

There is no dearth of talent. There is a shortage of intent and the willingness to look towards the future with open arms. Cinema, and more specifically Bollywood, must decide whether it changes quickly and adapts to a new entertainment order or face a slow winding down.

Amit Khanna is a senior Indian film executive, filmmaker, lyricist, poet and writer. He served as chairman of Reliance Entertainment for 15 years.